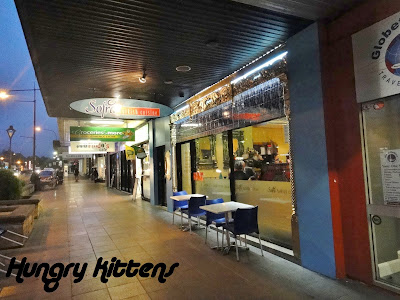 I've mentioned already that it's getting harder and harder for me to find new restaurants to try in Toowoomba. I'm slowly exhausting everything this town has on offer. This is why the opening of a brand spanking new restaurant will pull me in like a moth to flame. 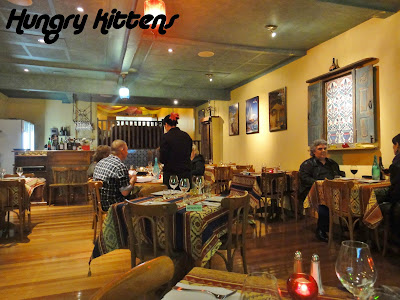 Byron first mentioned Sofra to me while the space was still being fitted. By the time Mochi and I were planning a catch-up dinner, it was open to the public and ready to roll. 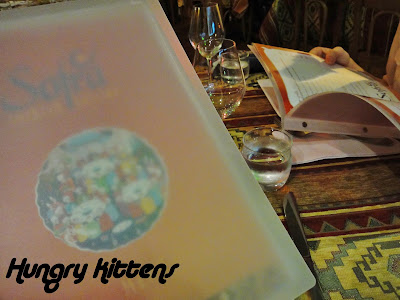 We went in to find that the restaurant was quite busy... to the point where they looked anguished to hear that we didn't have a reservation. Luckily, there was a table for us.

Drinks were ordered first. Mochi stirred up trouble by trying to find out the difference between Turkish tea and Turkish apple tea. Apparently the former is just normal tea with sugar on the side and the later is apple-flavored. 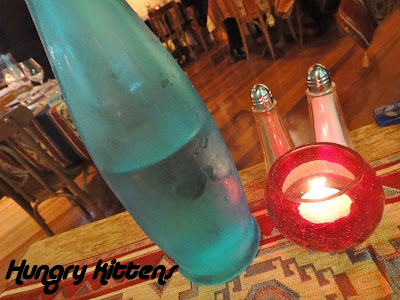 I was harping on about how 'nice' the Turkish apple tea was when she says 'can't you just add apple juice to normal tea?'

Mochi and I are a real team at ordering food. With some meal buddies, it can be a struggle, or you just order individual serves. For us, it's almost like a psycho-telepathic agreement. Very efficient.

We chose a pide, a dish from their 'recommended' list and a salad. 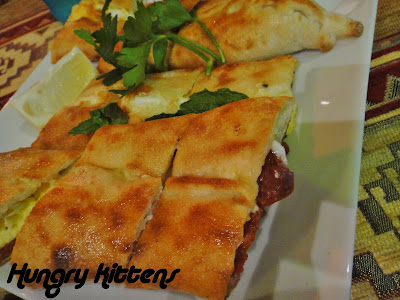 The pide arrived first. It was a sausage and haloumi pide. Interesting combination? I'd never had anything like it before. The pide can noway be considered healthy but it was nice and squishy. The sausage was chorizo-like (doesn't seem Turkish to me) and the haloumi, salty and chewy. All together, it made for a fast food style greasy, carby slab. Nothing subtle about it but it tasted good. 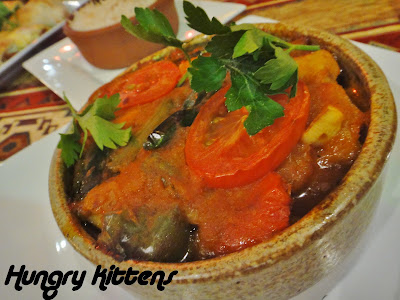 Our 'recommended' dish was a lamb casserole (forgot to write down what it was called; will amend this post when I find out). It looked real simple but this dish did what the pide failed at... it was intricate, flavorsome and just tasted more authentic. We had pondered over whether or not it should be eaten with rice and it actually came with rice so that settled it. The more I ate this dish, the more it grew on me. 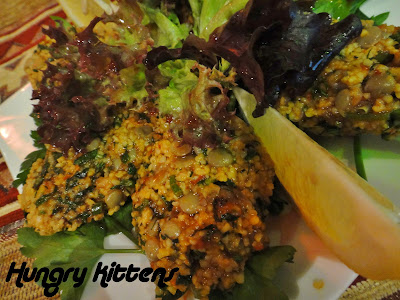 Our salad was a tabouleh-style deal, nicely presented in little rounds. I don't love tabouleh so this just tasted like lentil-flavored parsley to me. It was meh on its own but did compliment the lamb dish.

Sofra is a nice addition to the deprived Toowoomba dining scene. I've been praying for a Greek/Turkish/something-other-than-Thai-or-Indian restaurant for many months and my prayers have been answered. It's not better than any Turkish restaurant I've tried in Brisbane but it exceeded my expectations and I'll definitely be going back.
Labels: Casual Dining, Dining Out, Toowoomba, Turkish Restaurants