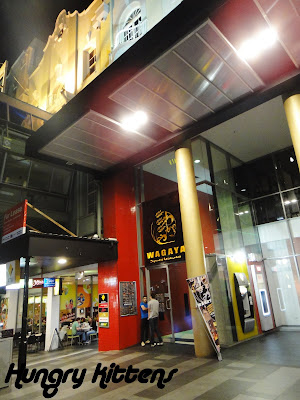 I was real freakin' excited when I heard that Wagaya had opened up in Brisbane (tidbit of info courtesy of Mochi). The only time I'd experienced Wagaya was at Sydney, when I was young, with a hoard of friends, and the whole touch screen thing blew my mind. 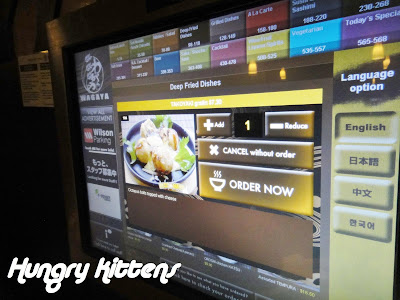 The thing that drew me to try Wagaya Brisbane was still the touch screen menus. This time, it wasn't 'just' the novelty... after all, it wasn't anything I hadn't tried before. Since I'd had a taste of this concept in Sydney, whenever I was at a restaurant being ignored by waitstaff, I'd find myself fantasizing about there being a touch screen menu so I could order without the hassle of human contact.

It sounds a bit sad but I despise bad service.

One weekend, Byron and I were in Brisbane when we had a free dinner slot. We headed down to the valley with our mate HotDog and decided to give Wagaya a shot. 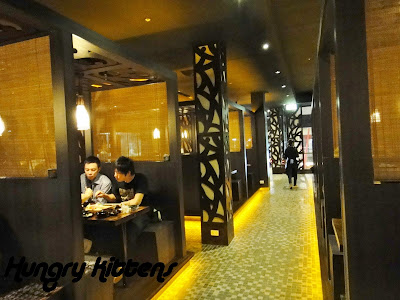 The place is upstairs in the Tcb building off Chinatown. It was quite packed when we got there and we were allowed a table only if we could promise to finish within 1.5 hours.

Once we were seated, we started playing with the technology. It was just as I remembered. On one hand, that shows consistency. On the other hand, it shows they haven't updated in the space of 2 years. 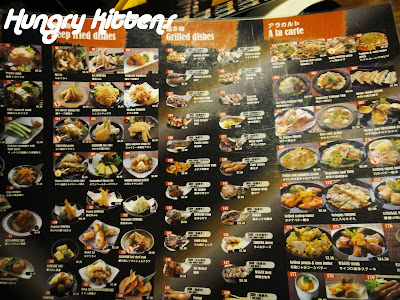 Who needs a paper menu when you've got a touch screen? The poor sods at the other end of the table who can't reach 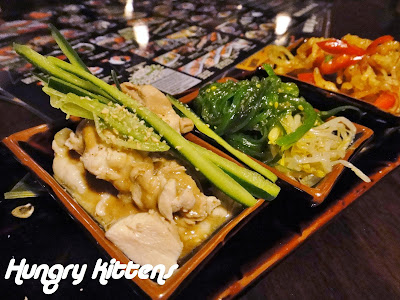 First, we had the 'assorted nibblies', which comprised of Korean-style seaweed, a satay chicken and some pickled onion rings. We were hungry and they all tasted quite good. It was Byron's first exposure to Korean seaweed and he loved it, though Wagaya can't really be credited for making it. 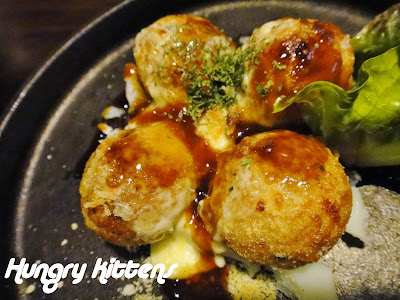 Some takoyaki balls arrived. Actually, I think ours was the takoyaki gratin, which means 'octopus balls... with melty cheese'. They were yum! I liked the consistency; they didn't cheat by loading the balls up with flour. 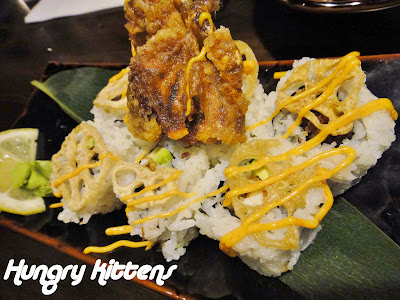 We chose a sushi to share. Byron and I wanted spider rolls but HotDog was unsure. 2v1 meant spider rolls were ordered. The crunchy soft shell crab sushi won him over in the end anyway. I'm a spider roll lover and being in Toowoomba (very sushi-deprived town), I was over the moon with this dish. 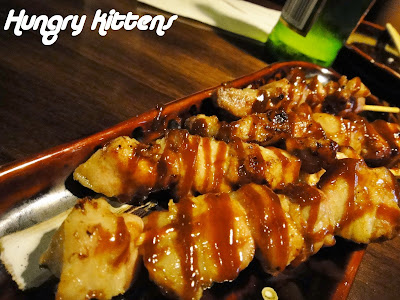 For hot food, we opened up with a plate of miso pork skewers. They were flavorsome, sweet and juicy. I only wish the serving size was bigger! I suppose the point is to order a variety, which we didn't do. 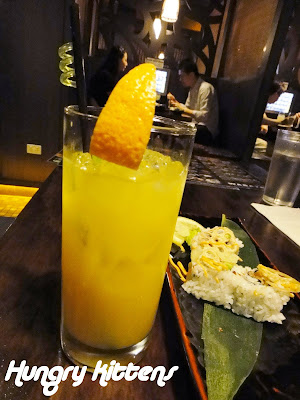 Somewhere in there, my drink order arrived. I had chosen a cocktail; can't remember what it was called but it was orangey. I really should start writing things down.

At this point, we realized we were racking up quite a bill and yet we were all still hungry. Small, nibbly plates will do this to you. I adopted my dad's strategy that he uses in sushi train when he realizes that no matter how many little plates he grazes on, he'll need something more substantial. The answer is a big serving of carbs.

We ordered a rice dish and a noodle dish. 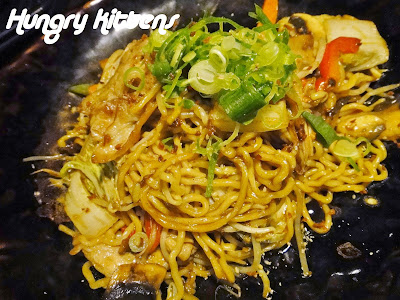 The noodle dish was called 'stir-fried noodle'. It had a very unusual flavor that reminded me of being a poor uni student who's idea of cooking was throwing together whatever sauces were in the pantry + cheap boiled noodles. I can't say I liked this dish. 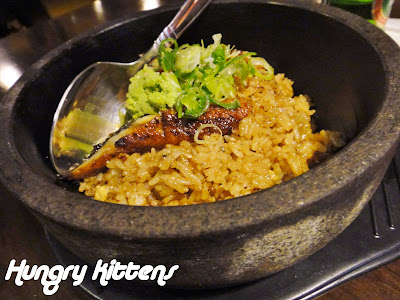 I picked eel fried rice for our rice dish. It came with a tiny amount of actual eel and a dollop of wasabi on the side. The rice itself had a nice flavor (very subtle eel taste) and reasonable fried-rice consistency but I just wish they gave us more eel! What surprised me was how much wasabi lifted this dish. I thought it was an odd accompaniment but now I know better.

Wagaya was fun as always. The food comes quickly and for the most part, is quite reasonable and consistent. None of the dishes are real gourmet show-stoppers but most of what we had was tasty and comparable to other casual Japanese restaurants in Brisbane. Though the touch-screen system is awesome to use, it's easy to go crazy and overspend. There's something about pressing pictures on a screen that make you oblivious to how much you're ordering... similar concept to online shopping (when you're not physically forking over cash, it doesn't feel 'real').
Labels: Asian Restaurants, Casual Dining, CBD and Surroundings, Dining Out