Encores at the Empire in Toowoomba 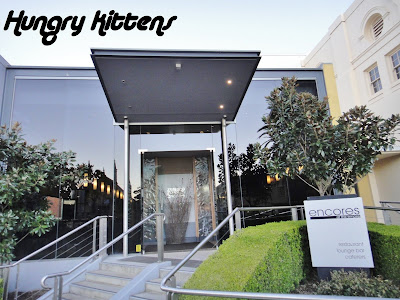 Ok. So. Byron and I started doing date night. After nearly 3 years of togetherness, we thought it'd be a good idea to introduce this to prevent the weeks from getting too monotonous. However, we soon realized that while our intentions were good, living in Toowoomba made things tricky. We are close to exhausting every single restaurant in Toowoomba.

... and then, Byron recalled Encores. He had a Christmas work function there last year and from what he could remember, the food was half decent. 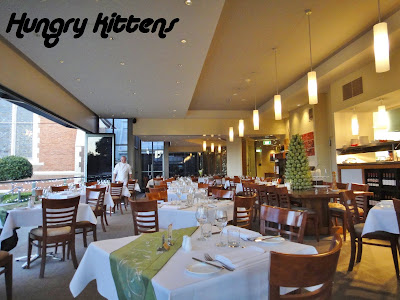 We drove there after work on Friday and though I got dressed up and curled my hair, I felt more like a pensioner than girl on romantic dinner. It was 6pm and the sun was still in the sky. In theory, we could have left the house later but a routine of eating straight after work means your stomach objects to waiting that long. I'm ashamed to admit that Encores wasn't even open when we arrived but the waiter was kind enough to let us take a seat and start ordering drinks. 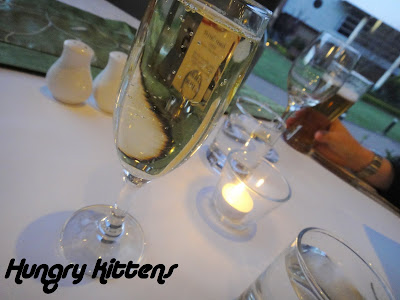 Byron ordered a beer and I needed a glass of sparkling just to feel normal. After that, all was good. 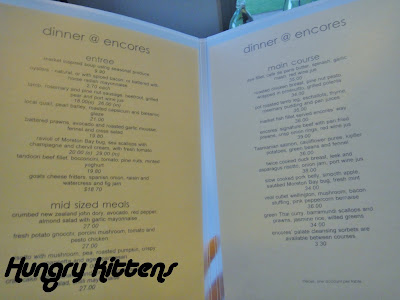 To start with, we ordered a pumpkin sourdough roll and bowl of creamy potato and bacon soup to share. 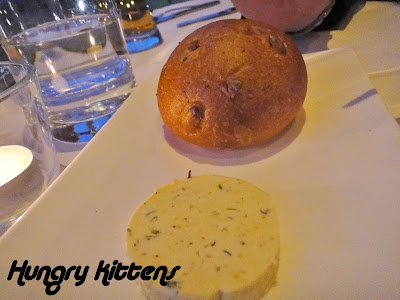 The sourdough roll was my idea and arrived along with a knob of herb butter. It was nice but I liked the butter more than the bread. My love of all things pumpkin didn't extend here. 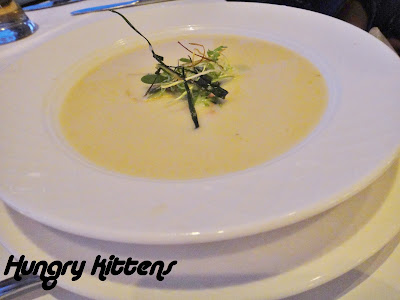 Soup of the day - potato and bacon

The soup on the other hand, was amazing. It's a shame because when it was served, we could see everything on the bottom of the plate and it was pretty as a picture but then the waiter poured the soup around it. I expected a thick, chunky soup like what we often make at home but this was rich, creamy and silky. Delicious. 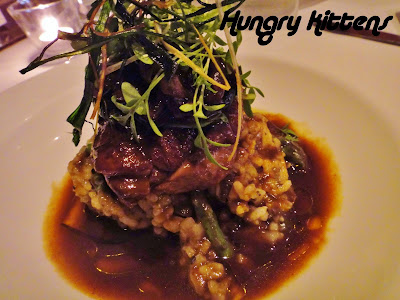 For my main, I chose the twice-cooked duck. The duck was a bit tough and chewy and the skin wasn't crispy. I also thought the risotto was undercooked. It's a shame because it looked lovely. 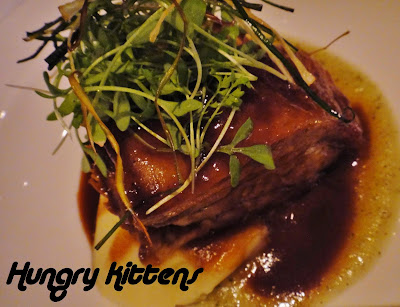 Byron got the pork belly with Moreton bay bug. The pork was nice and melty with a good flavor. It went beautifully with the apple sauce. There was a small morsel of bug but it was sweet and succulent. I wish we swapped mains! 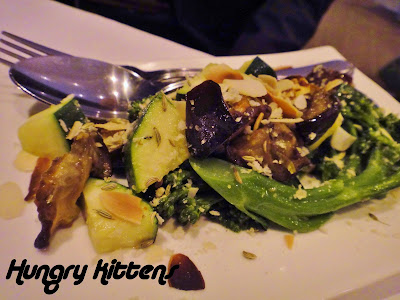 What surprised me was that we also got a side of veggies tossed with almond flakes. We didn't order this so it was like a little 'bonus'. Great for me because I love veggies! They had an interesting flavor - fennel-like but quite nice. 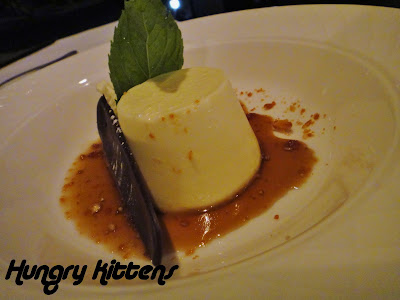 We were both in the mood for dessert so rather than sharing, we got one each. Byron's panna cotta was creamy but too set and jelly-like for my liking. I prefer panna cottas to be more 'wobbly' and delicate. 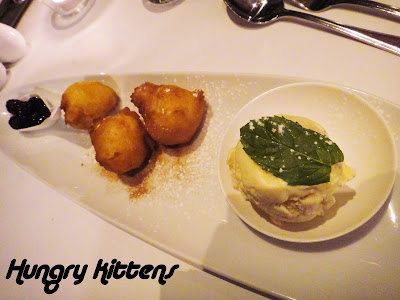 My mini dough nuts were so promising. The outside was light and crisp but the inside was a tad raw. 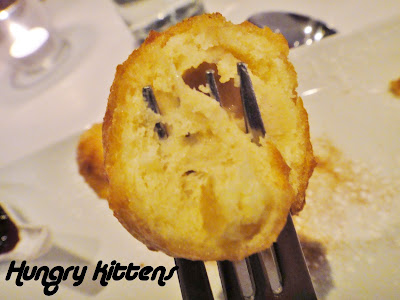 I should have let them know but by then, the restaurant was busier and we were in a bit of a rush so we didn't give them the chance to rectify. If they were cooked throughout, they would've been amazing. 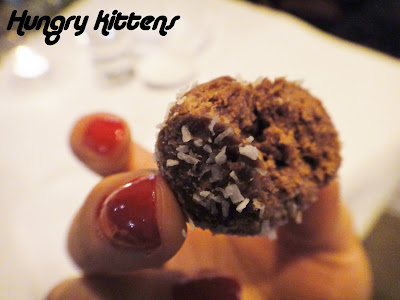 After our dessert, we got some fruit and chocolate truffles. Another surprise! I liked these and it was a good way to end the meal.

There were some good dishes at Encores. It was probably one of the better restaurants that I've been to in Toowoomba. There were some misses but the service was lovely and they gave some little 'extras' that other restaurants don't always do.
Labels: Dining Out, Fine Dining, Modern Australian, Toowoomba