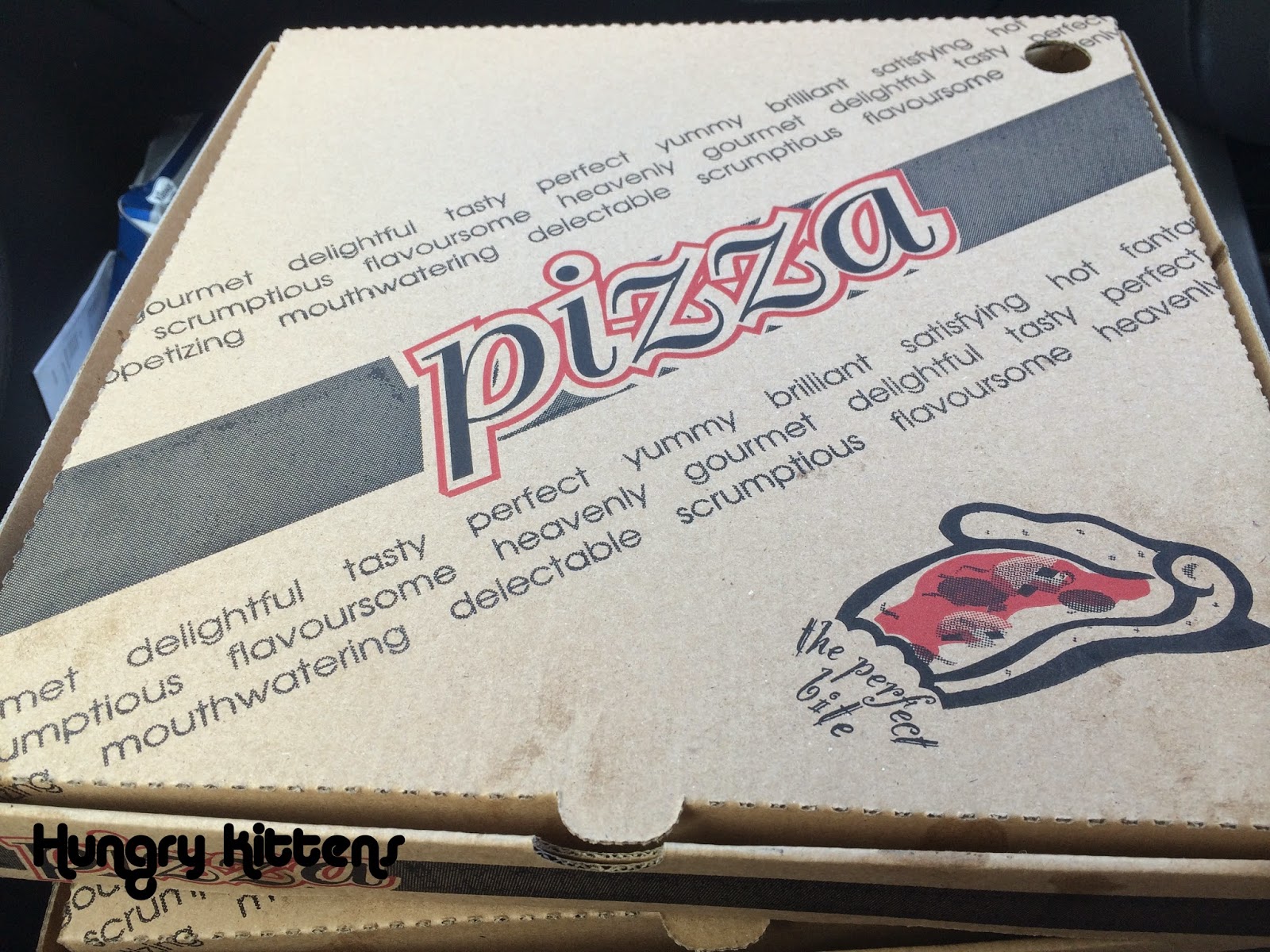 Having lived in the Southern suburbs of Brisbane my whole life, I have an innate fear and misunderstanding of the Northside. Every time I drive up that way, I get lost, stuck in traffic and frustrated. Because of this, I’m sure my blog reviews favour vendors in the Southside or CBD and surrounds. I know I must be missing out on a lot from the other half of Brisbane. 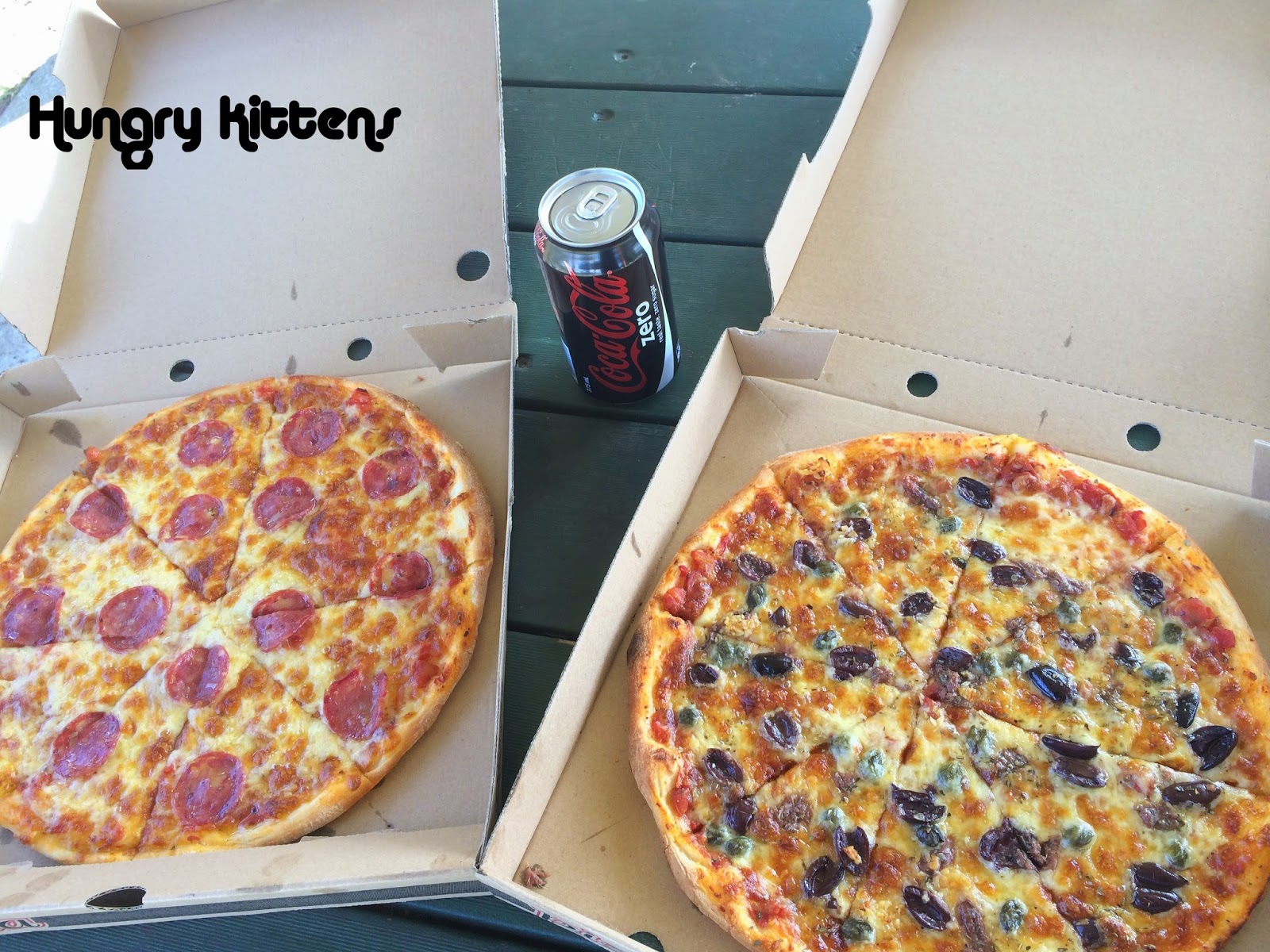 This weekend, Marc and I planned a family trip to Noosa with friends. I had to pick him up from work in Chermside so we decided it was the perfect opportunity to try a pizza place that many people have recommended to us. DePascale is located about a 5min walk from Westfield Chermside, in a building along Playfield Street. There are some street parks available but a lot of it is taken up by construction vehicles. I was lucky enough to nab a spot but it doesn’t matter if you can’t find a long term park because this place only does takeaway pizza. Ring up beforehand to place your order and send someone in to pick it up while you wait by the side of the road.

We asked for our pizza to be ready by 1pm but it was just under 10 minutes late. This was fine for us because we got there a bit later than anticipated, but Marc joked that this pizza joint was so authentic that it was running with real Italian punctuality. 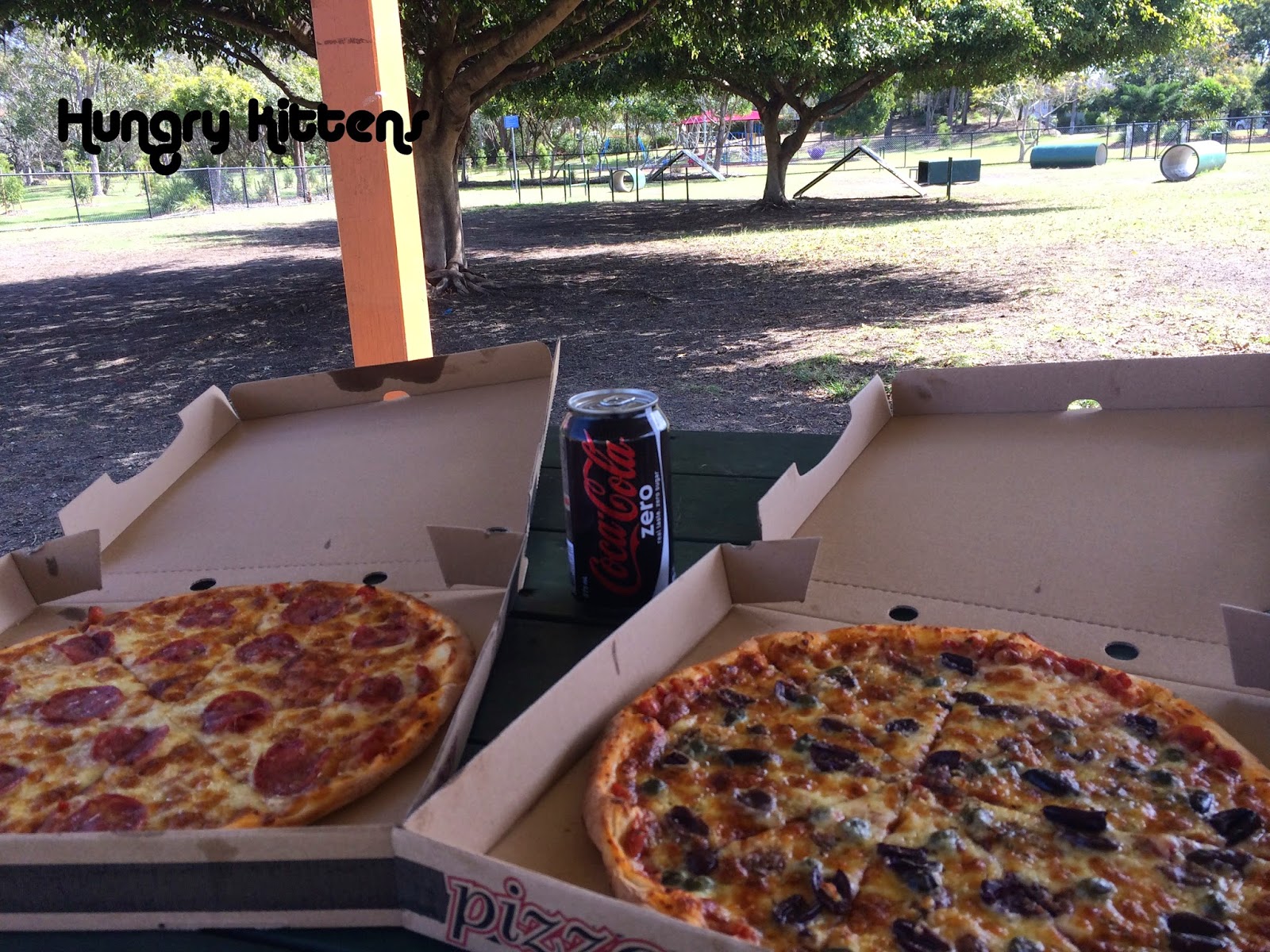 The pizzas come in large or small size and there are no alterations allowed on the toppings. There’s nowhere to eat the pizza nearby so we went for a short drive to the nearby Kedron dog park and ate there (we weren’t being total weirdos because our dog was with us). 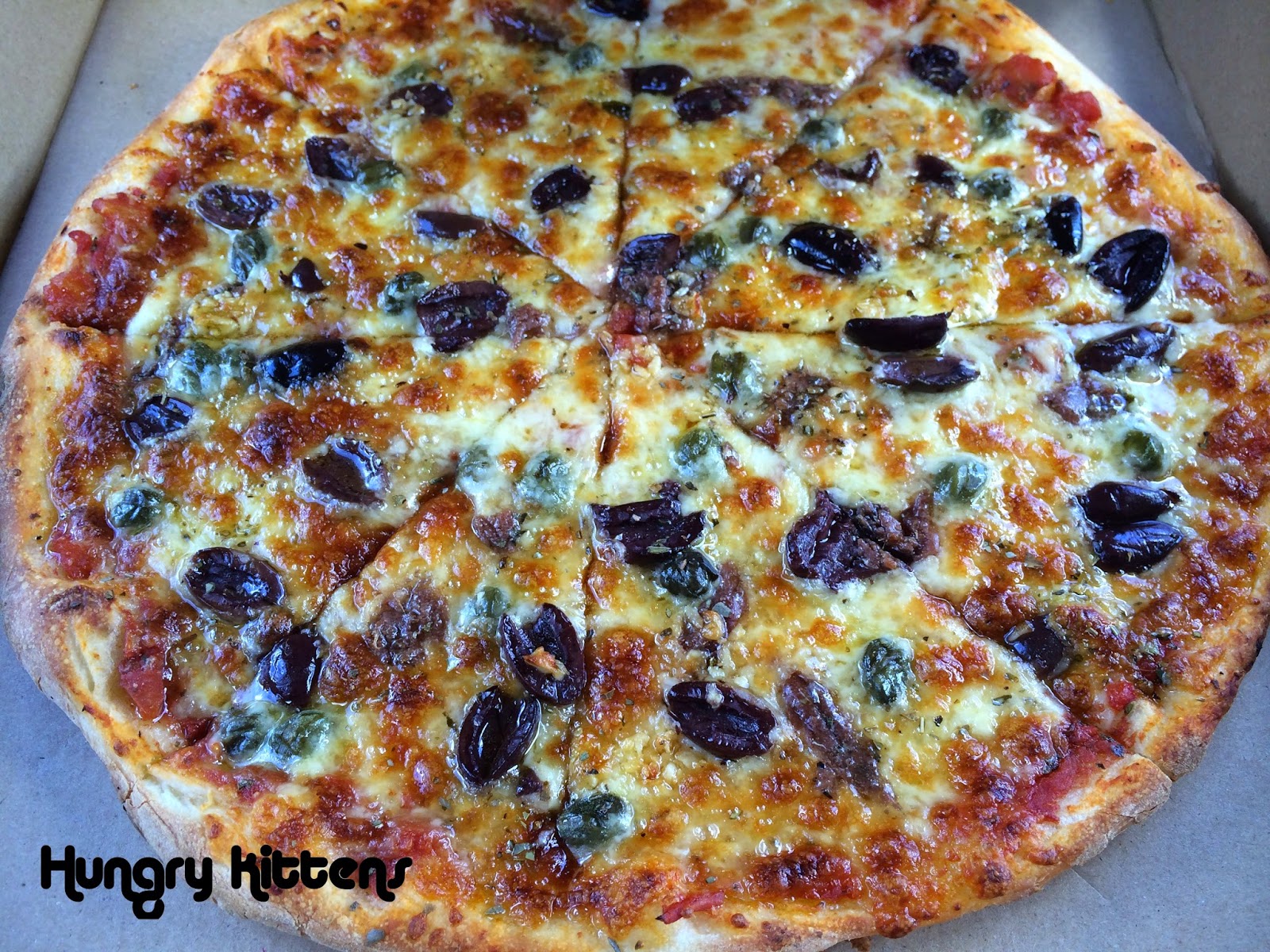 I was feeling greedy so I chose a pizza that I knew Marc wouldn’t like too much. He absolutely hates olives and isn’t a fan of strong flavoured ingredients in general. The worst-sounding item on the menu for Marc's tastes was the white marinara with tomato, mozzarella, black olives, anchovies and capers. All these toppings pack a punch of strong, salty flavour. As expected, Marc was hesitant to try it. I dug right in and loved it. It’s easy for this type of pizza to be too salty but I thought DePascale balanced it just right. 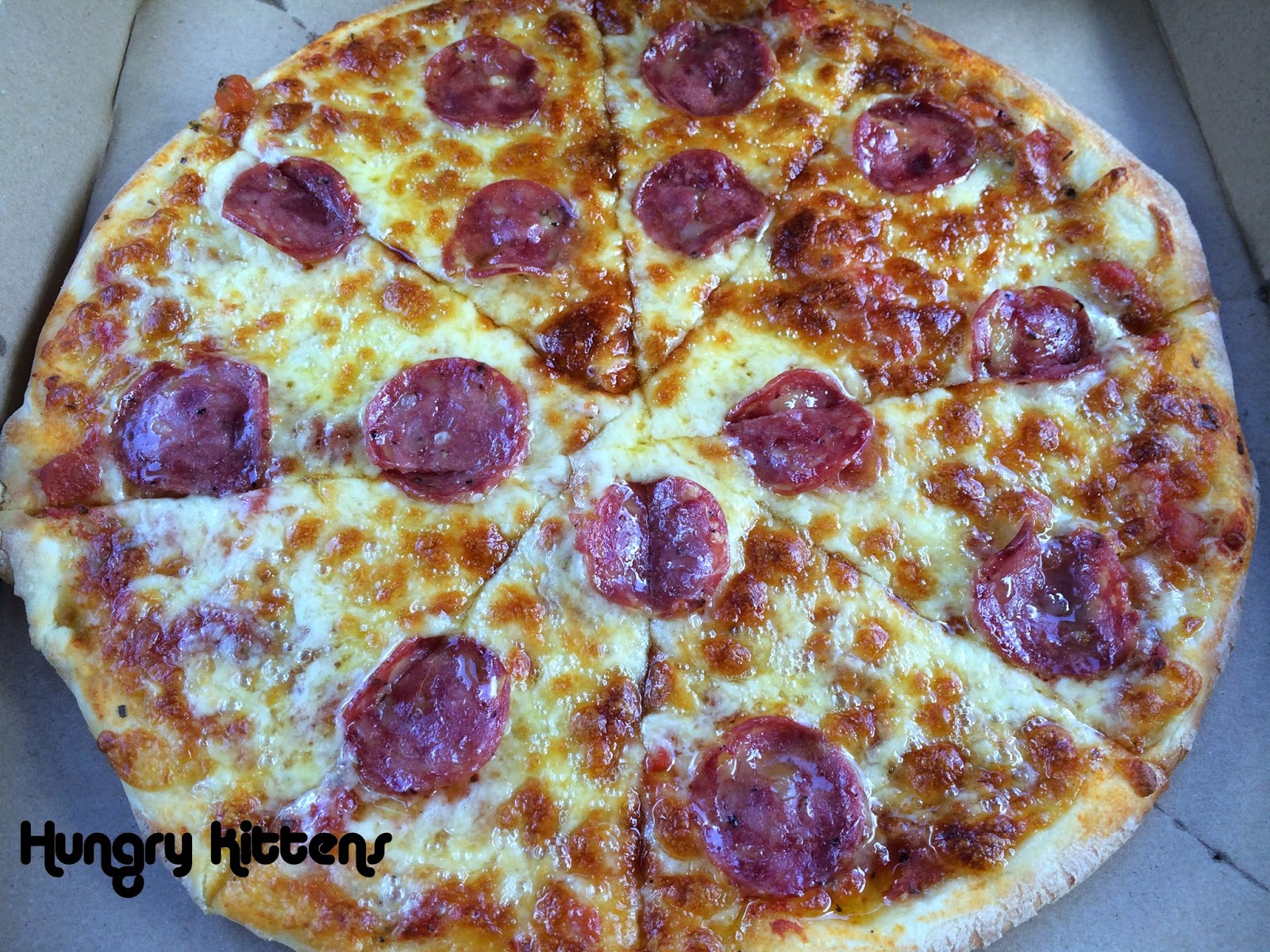 Calabria - with tomato, cheese and salami

Marc’s pick was the calabria, which was topped with tomato, cheese and salami. I was surprised/impressed with him because I was certain he’d choose the one with the most abundant and meatiest toppings. This one was restrained enough that even I was enticed. I ended up convincing him to trade me a slice. It was very cheesy but not in the overloaded junk pizza way. The slices were definitely stringy and had a strong cheese aroma, but the spiced salami cut through it nicely. I thought Marc would hate my marinara pizza but he took the olives off and said it wasn’t as bad as he thought. 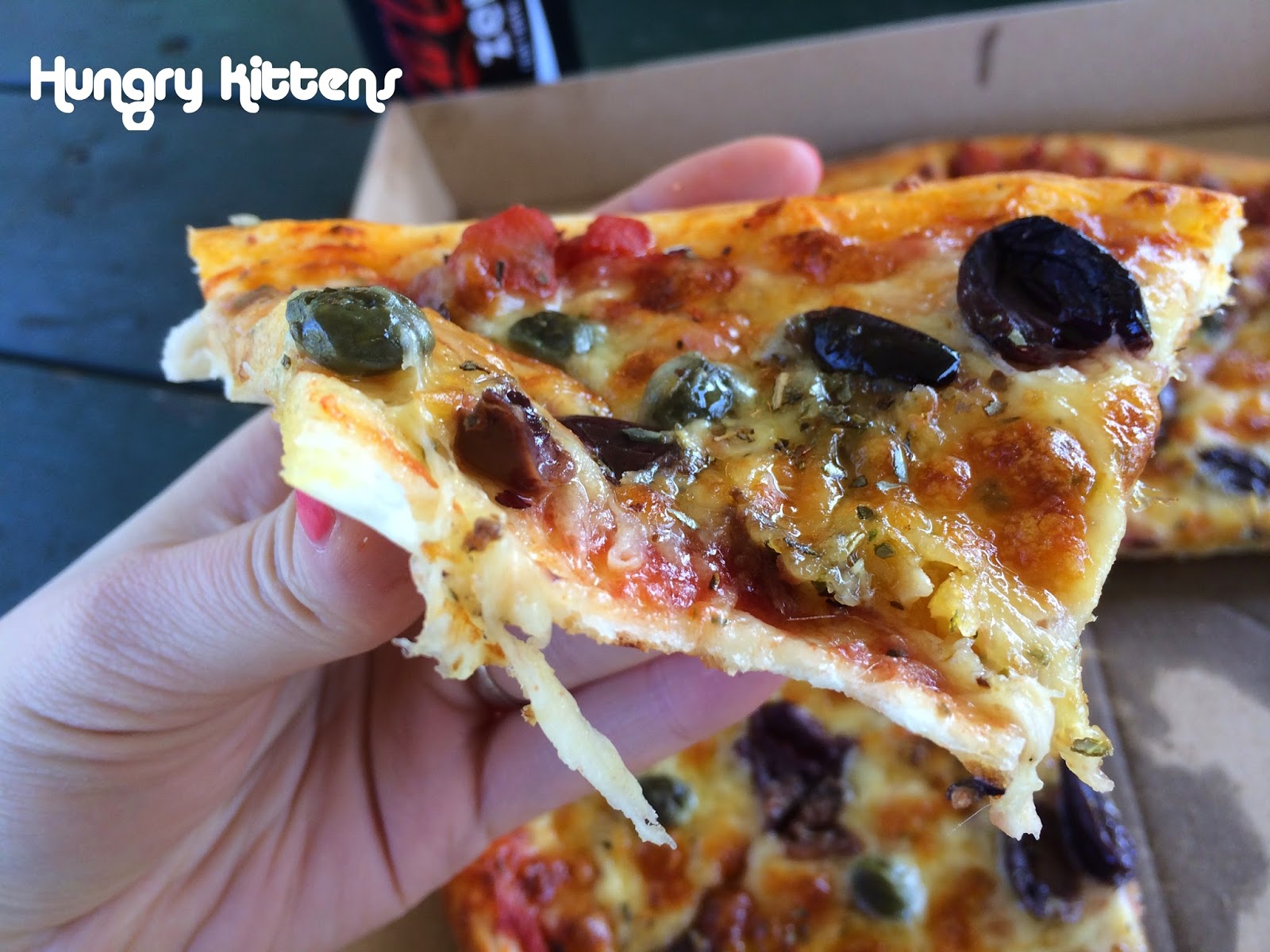 Close-up of the marinara

Whilst eating, I did comment that the toppings were good but the base was a bit softer than I personally like. Marc had a response ready for me because, for some reason, he had read the DePascale website in detail. They typically cook the bases Napoli-style, which means they’re left softer. Crunchy bases are available on request wherein they’re left in the oven a minute longer. I thought that was interesting to know!

The pizzas at DePascale were delicious and flavoursome. At approximately $10 each, they are way cheaper than other authentic Italian-style pizzerias that claim ‘gourmet’ and slap on a $23 price tag. On the downside, there is only takeaway available, which is tricky especially for folk like us who don’t live nearby. No one likes cold pizza. If you’re in the area or passing through, pick up a couple of boxes and find a park to eat at or enjoy in your car.