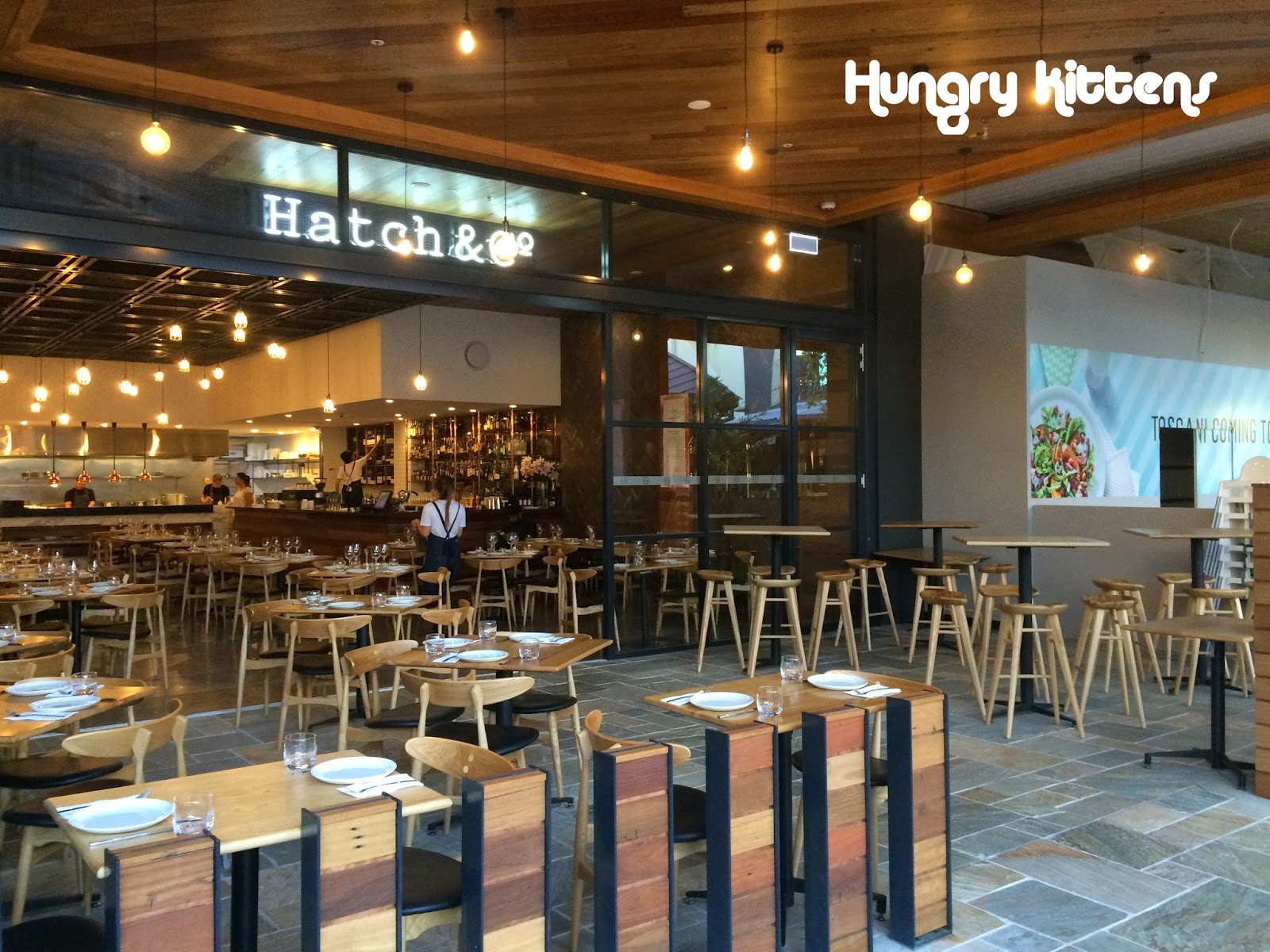 Last weekend, I had a wild adventure at the newly renovated Westfield Garden City. Even before it started its renos, I hadn't been for years. When I got there last Sunday, I was lost and bewildered. I was meeting Kat for dinner at Hatch and Co but stupidly parked right at the opposite side of the building. It was fine when I got there because I simply strolled through the shops to the Town Square, where the restaurant was. After our meal, however, all the shopping centre doors were closed, and I was met with obstacle after obstacle. I ended up trawling the entire car park perimeter (which was deserted) for 30 plus minutes until I finally found my car. That sure isn't an experience I'm willing to repeat in a hurry! 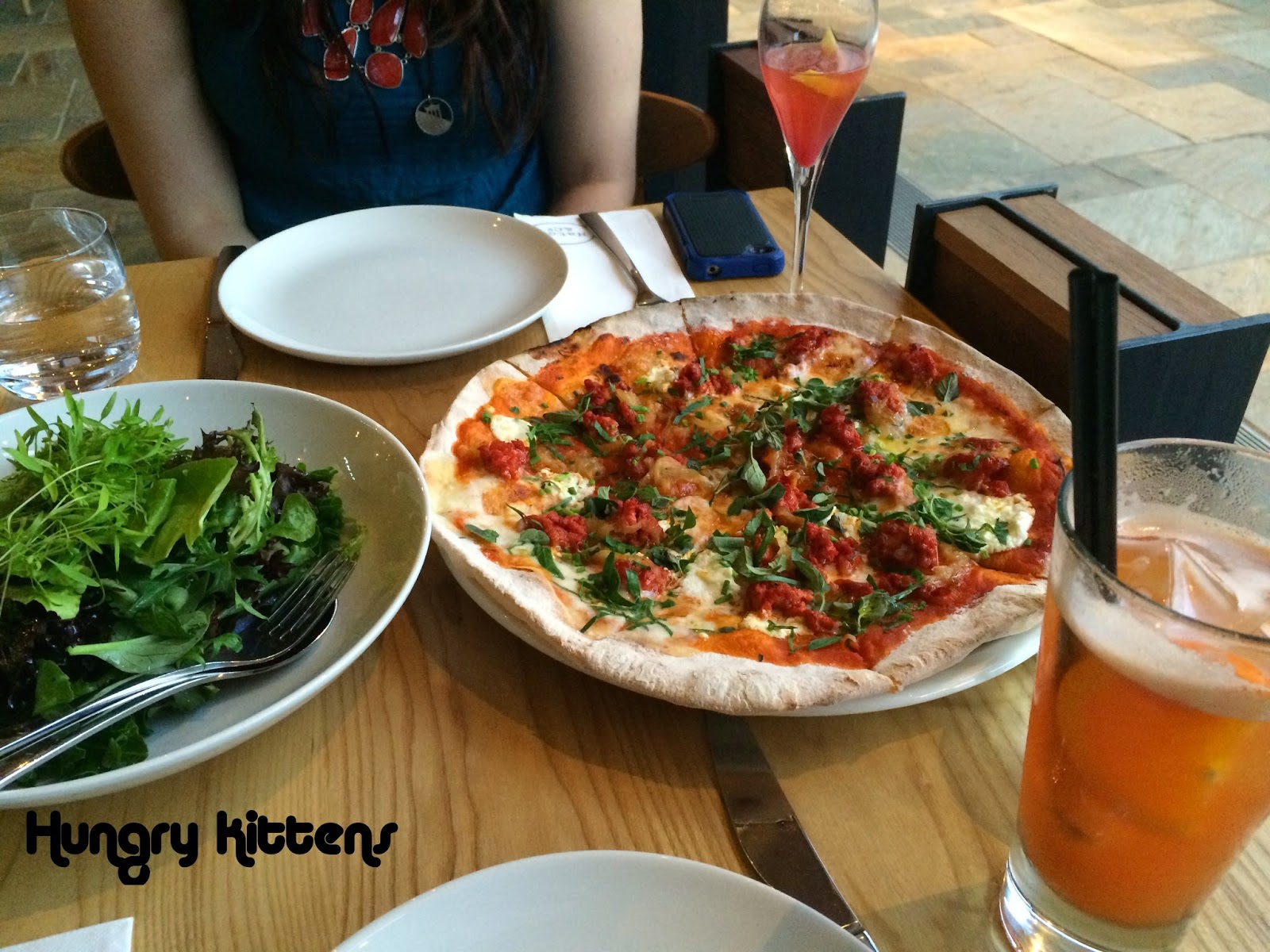 Back to the fun stuff now... Hatch and Co's original location is in Newstead. For some reason I thought I'd been there before but I couldn't find an entry on my own blog (which serves as a back up memory for food) so I assume I haven't. It's got a good reputation though and several of my coworkers were excited about this second location so I too was keen to give it a try. 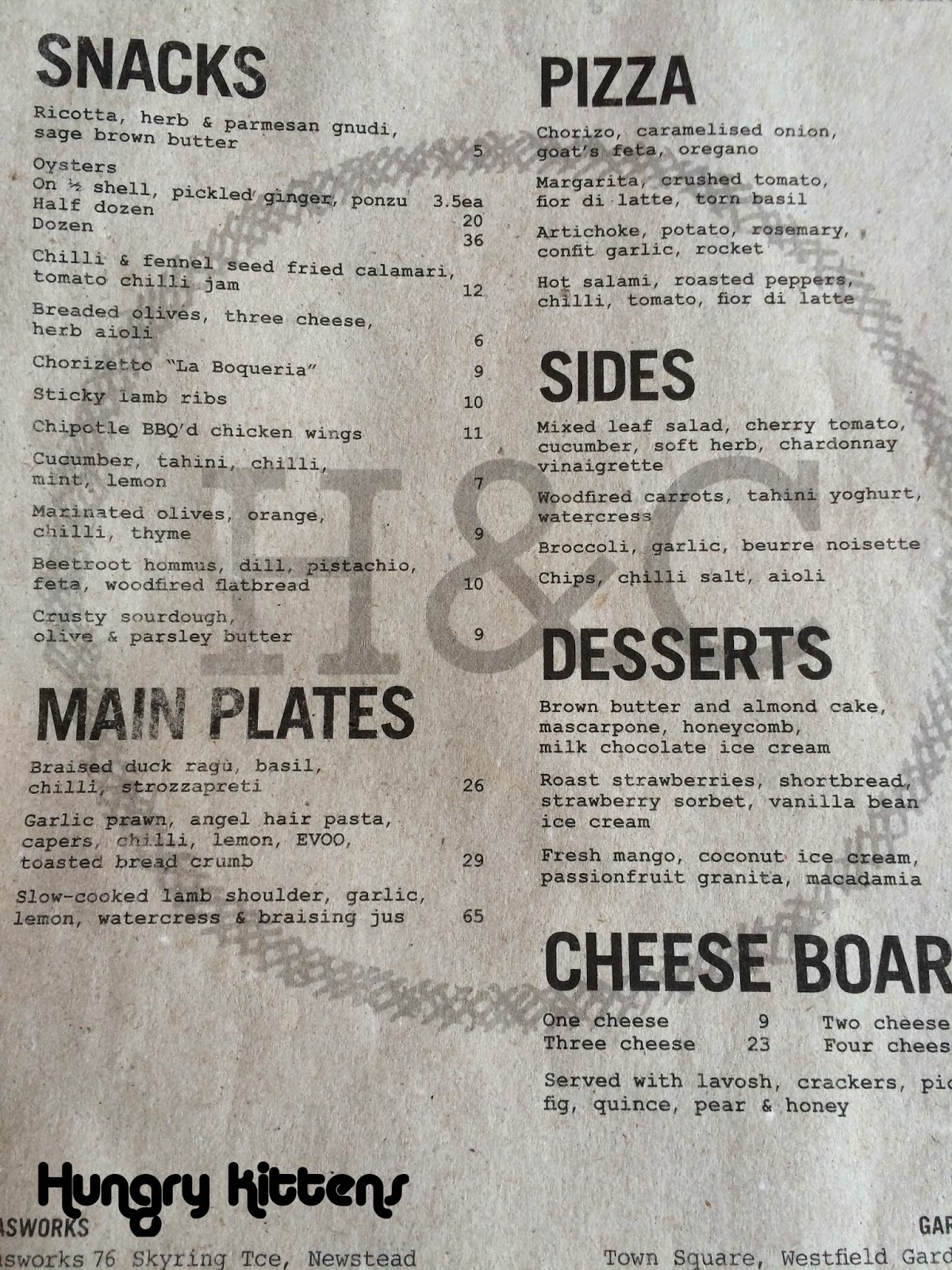 Kat and I arrived at the same time, around 5:30pm. That's fairly early for dinner so it was quiet but then again some of the neighbouring restaurants had more hustle and bustle so who knows. I don't think early dinner on a Sunday night is a good time to judge how popular any restaurant is. 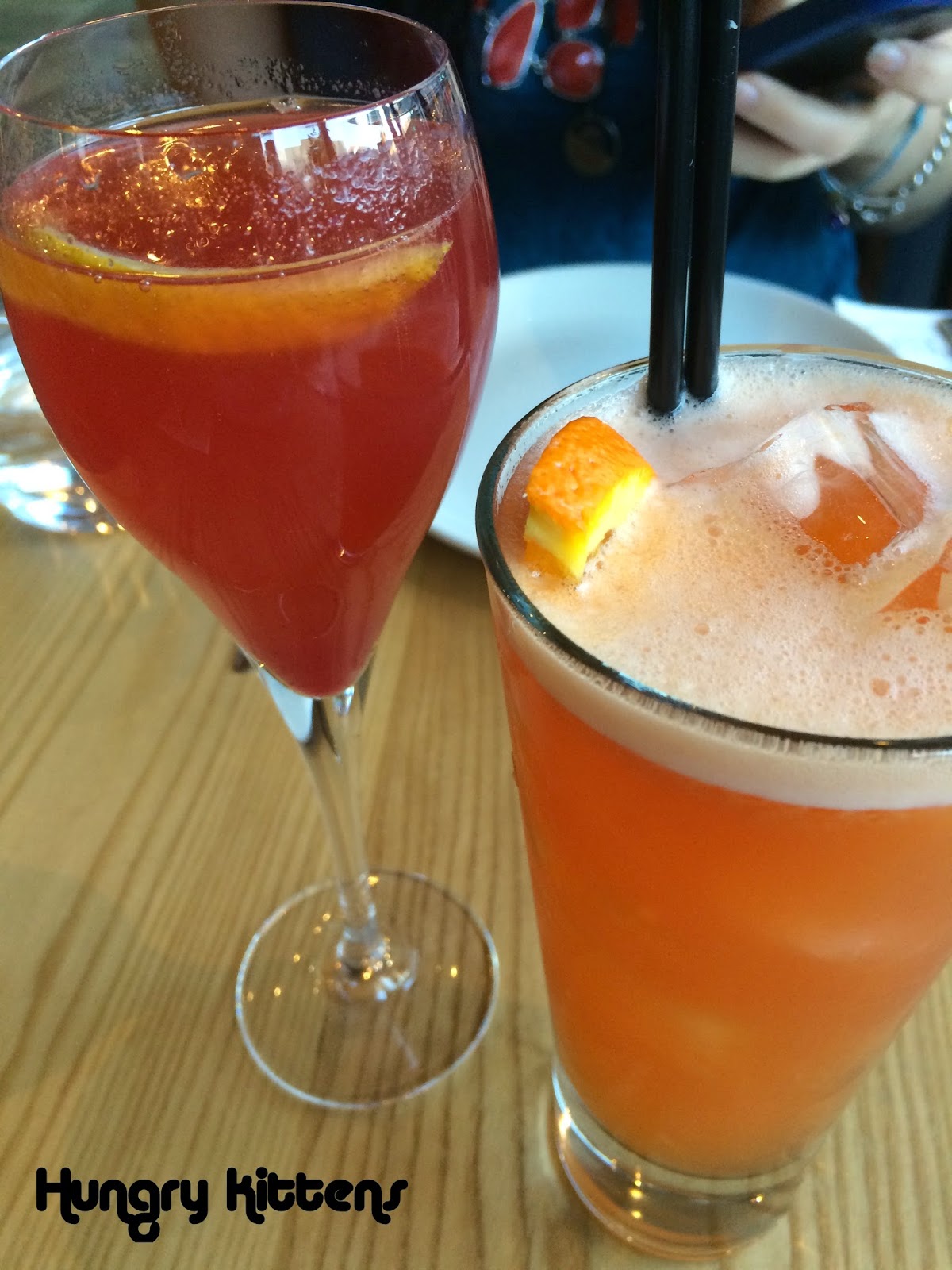 We both ordered cocktails to begin with. I tried the Hatch house punch which was very summery and fruity with distinct notes of passionfruit and apple. Kat had the Lady Grey bellini, inspired by the tea. It had a deeper more bitter flavour but was also very nice.

For food, we started with a pizza and salad to share but soon decided that wouldn't be enough (thin crust pizzas are delicious but just not as filling as their deep pan counterparts) so we also ordered some chips. 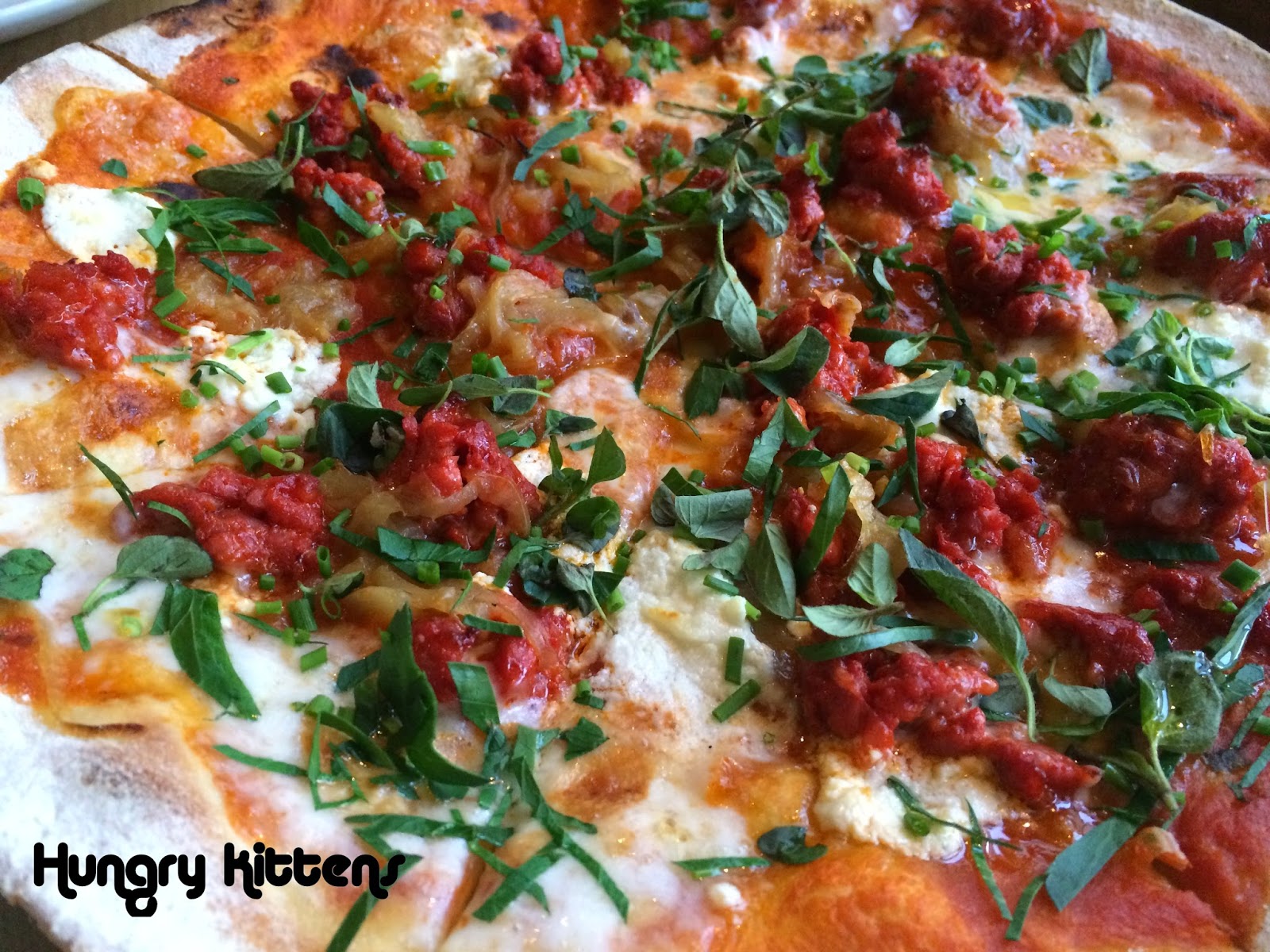 The pizza was deeeeelicious! It was my idea of a perfect pizza because the the base was thin with just the right amount of chewiness and crunchiness and the toppings were simple but chockas full of flavour. I would have been happy to eat a whole one of these on my own - it was that good. 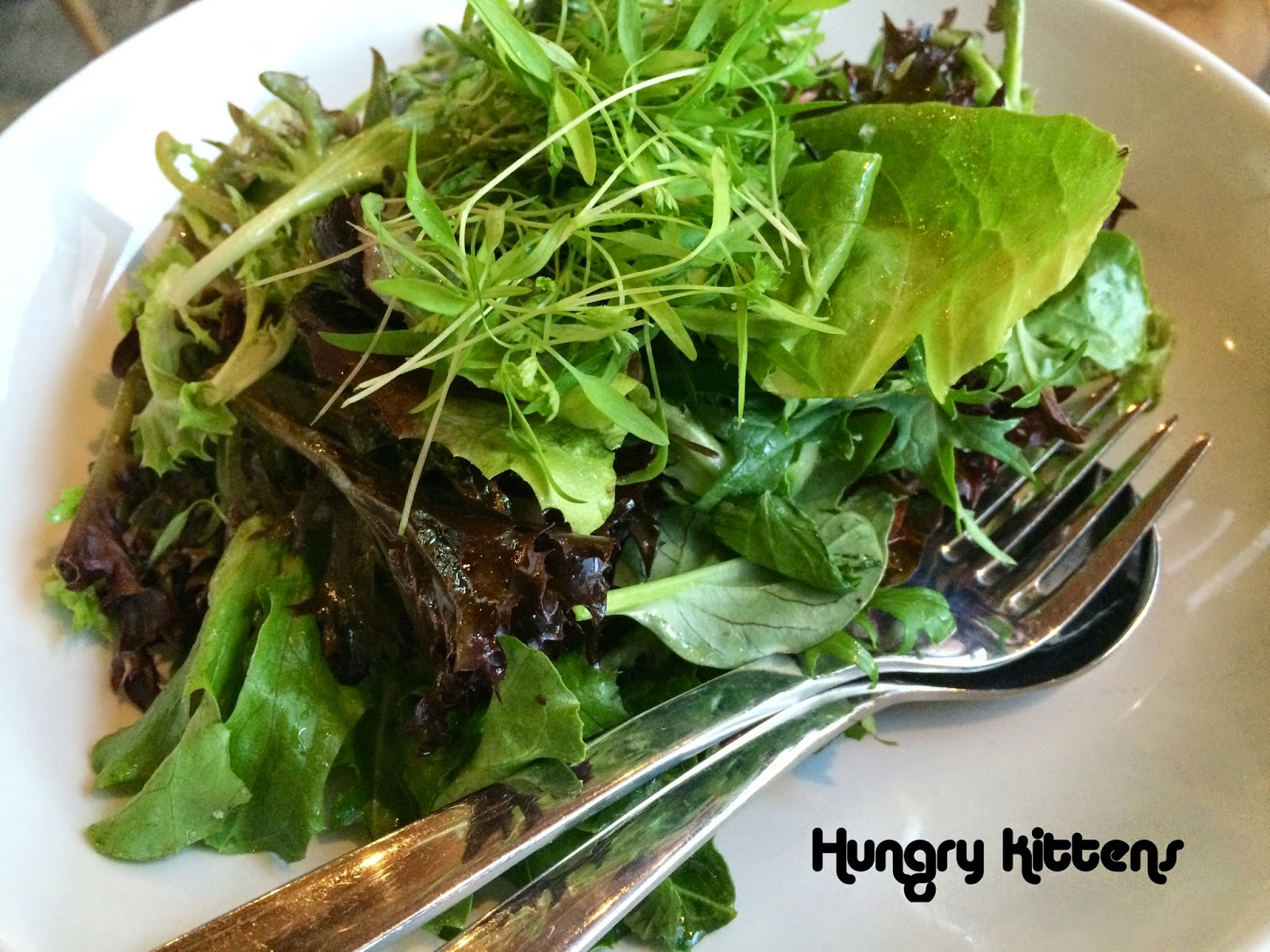 Because the pizza was such a stand out, it's no surprise that the garden salad took a back seat. Nonetheless, I will say that the leaves were exceptionally fresh and green. It had a simple dressing but acted as a perfect side. This isn't a salad that would sustain anyone as a main though. 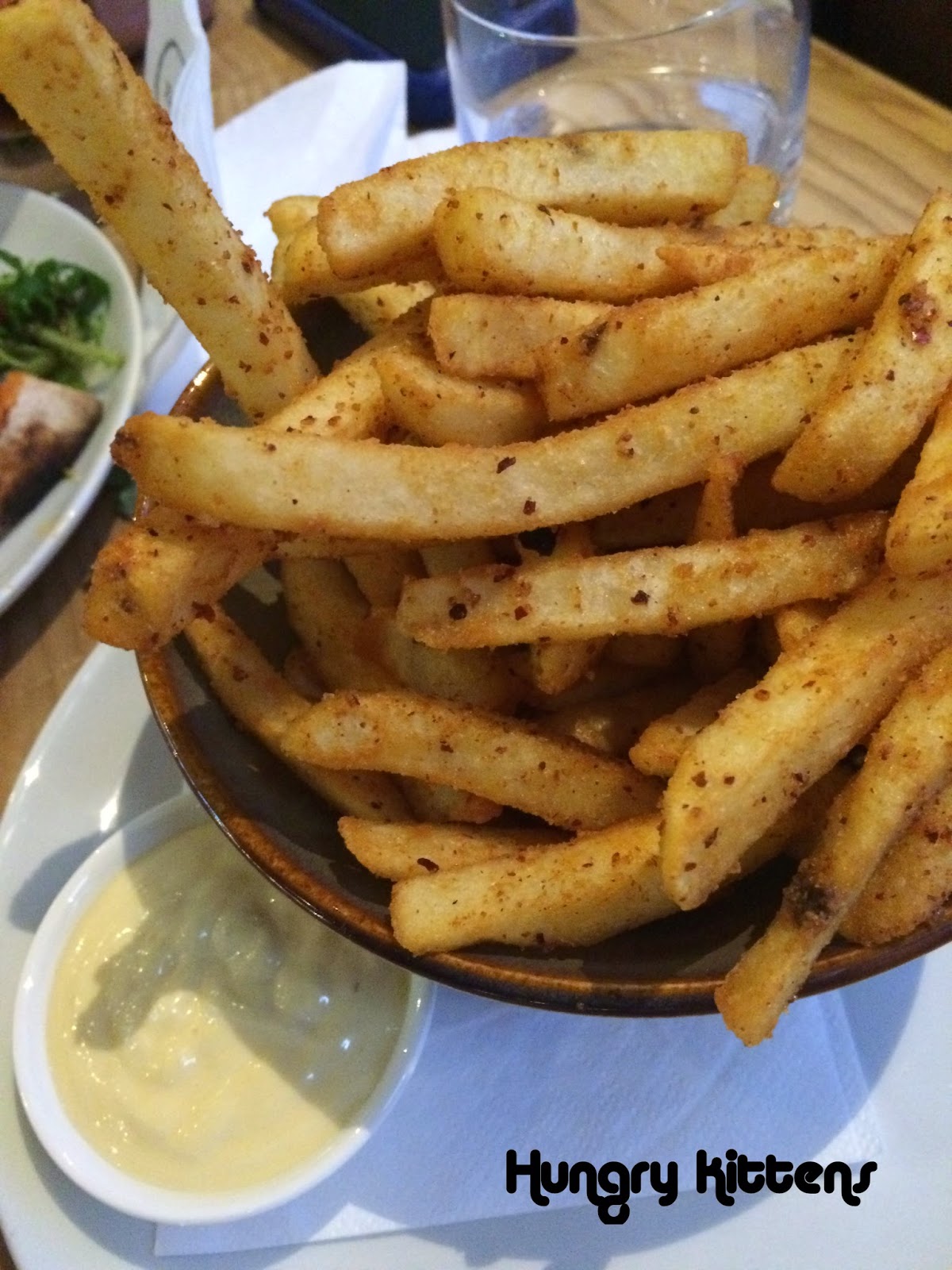 Chips - with chili salt and aioli

Our afterthought of chips turned out to be a great idea. These were exceptionally crunchy and had a very yummy chili salt seasoning. We loved this combination of crunchy, chili and salty with creamy rich aioli. We ran out of aioli part way through but our waitress brought out an extra serve, which was great.

We had such a great impression of Hatch and Co that we knew we wanted to try the dessert too. Kat was pulled in by the first item on the menu, which was the honey almond cake. I agreed that this sounded the best so ordered one to share. 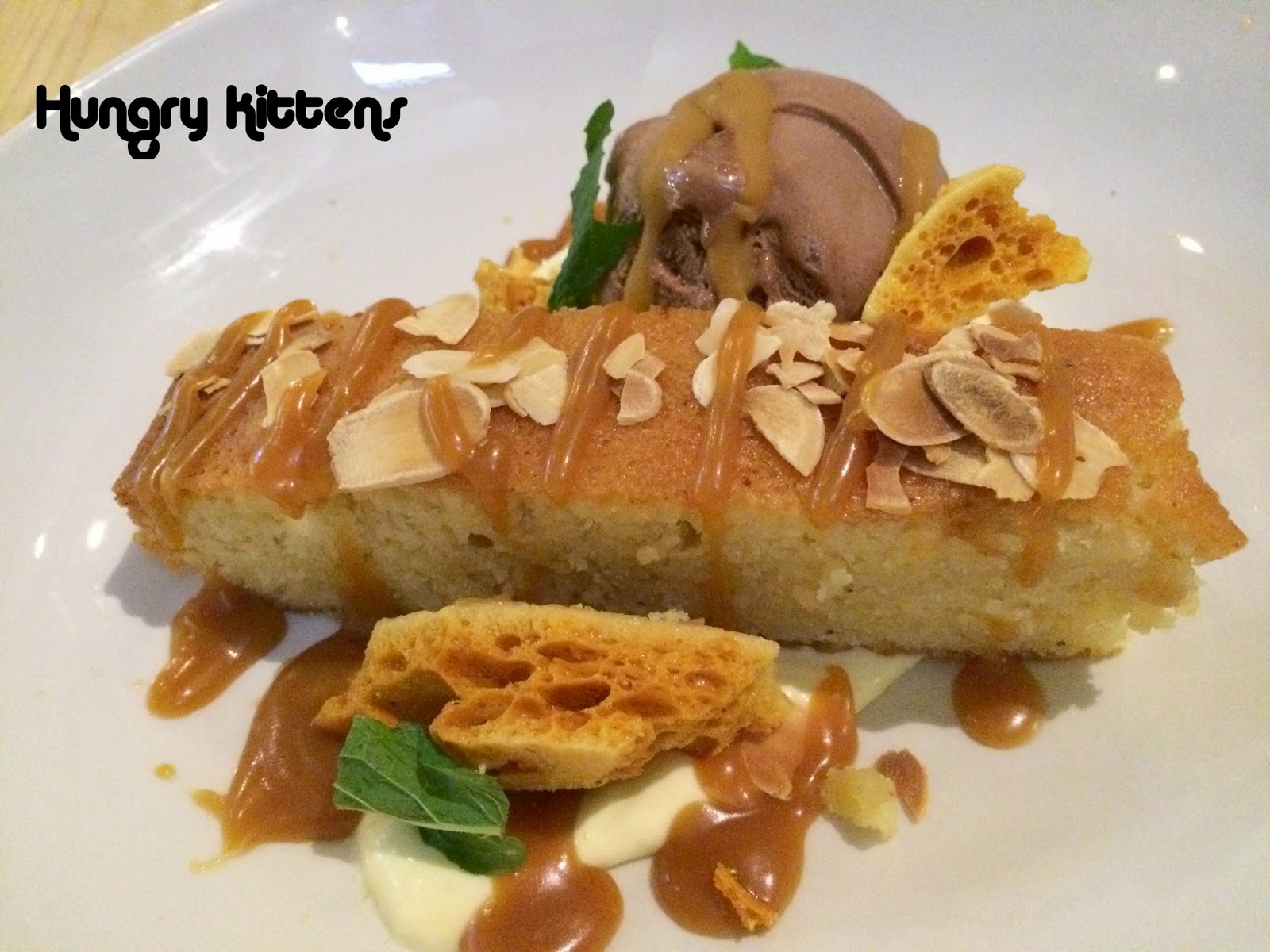 The dessert was so pretty in both colour and composition. I tried a bit of each component separately but the dish really sings when you eat all the bits together. The lightness and slight tartness of mascarpone goes perfectly with the dense, moist cake and cold chocolate ice-cream. The all important crunch element is represented by honeycomb.

We loved our meal at Hatch and Co. The pizza and chips were so tasty. Actually the dessert and cocktails were great too. It was just an all round delicious meal. The service was quite friendly and food/drinks came out promptly.