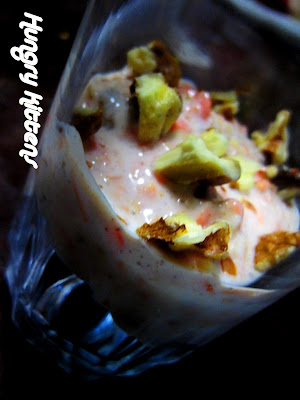 "Oh no", I hear you groan. Yeup, it's ANOTHER muesli/cereal/breakfast-related post. Clearly I'm getting slack and more willing to consider actions like 'stirring' and 'pouring' as actual cooking. Too bad! I thought this was a novel idea and maybe the title is intriguing enough for you to read on :).

I've been trying to keep a very healthy diet, which has lead to me not being able to sleep because I'm so excited about having breakfast the next morning. Pretty sure I've mentioned something like that before, being the sad individual that I am. Last night, whilst preparing dinner, I decided to be a bit cheeky with today's breakfast. Bircher muesli is, as you know, a staple of mine. Typically, a grated Granny Smith apple goes in to cut the sweetness - really makes the difference between 'oh yeh, it's muesli' to 'omg that's amazing'. 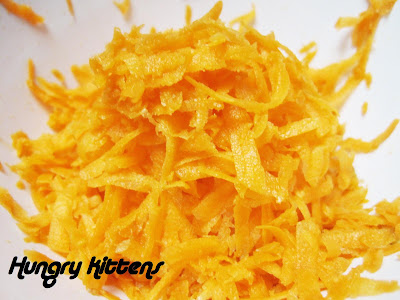 I didn't have apple but I had yogurt that needed using so I thought about other things I could grate in. Carrot occurred to me at some point and I started toying with the idea of making a carrot cake inspired yogurt creation. In the recipe below, I won't specify quantities because we all like being flexible there.

1. Mix some grated carrot and muesli in a bowl. Cover with some milk/soymilk and let it soak and swell overnight. 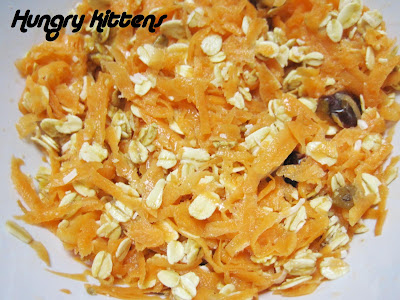 2. The next morning, mix some vanilla yogurt (I use light Greek yogurt) into the carrot and muesli mixture.
3. Sprinkle on some cinnamon and nutmeg to taste and stir it through.
4. Spoon into a bowl/glass and top with crushed walnuts.
5. This is optional because I know some people hate ginger. To go with the cake/spice theme, I served mine with a Gingernut biscuit layered on the bottom of the glass. I thought it added a nice crunch and flavor. The ginger flavor was really intense though so I think next time, I might soak it with the muesli and carrot and let it be a more subtle additive, with a soft cakey texture. 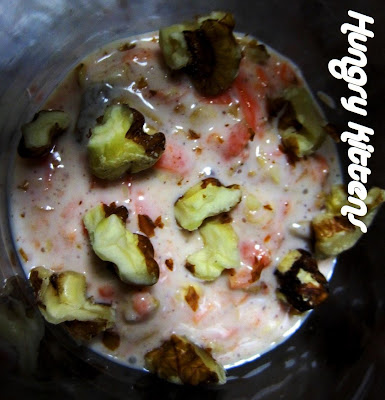 My verdict? Though this creation can't replace a true carrot cake (one of my favorite things to eat in the world), it works out surprisingly well. A crucial part of any good carrot cake is the tangy cream cheese icing. So, we know that carrot and tangy go well together and the same applies for having it with yogurt. I normally put cinnamon in my bircher muesli anyway so this was a natural progression. 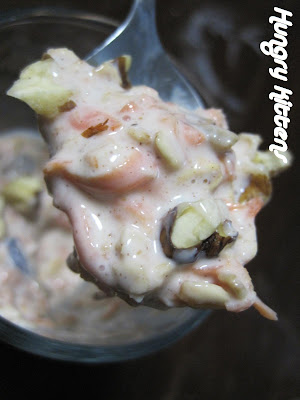 In the future, I would consider maybe a bit of crushed pineapple added to the mixture. As for the nuts, I suppose pecans would work as well. Maybe a bit of toasted coconut. This carrot cake bircher muesli tasted great and is so healthy too (especially if you omit the Gingernut biscuit).
Labels: Decadent Snacks, Home Cooking, Something Sweet