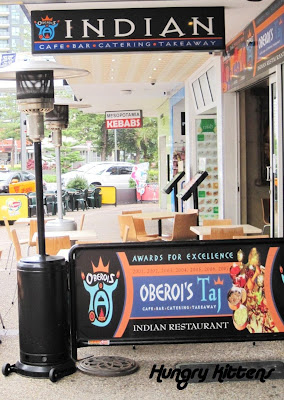 On our second day at the coast, I decided I was in the mood for Indian food. We had seen dozens of Indian restaurants around the place - they are in abundance. However, since we weren't locals, we didn't know which were good and which were duds.

It got to the point where we just thought - if we see a recommendation ANYWHERE, we'll go to that one. Of course this is flawed logic because the 'recommendation' we ended up using was an advertisement for that restaurant. And obviously they'll talk themselves up. But to us, it was better than blindly choosing any old restaurant. 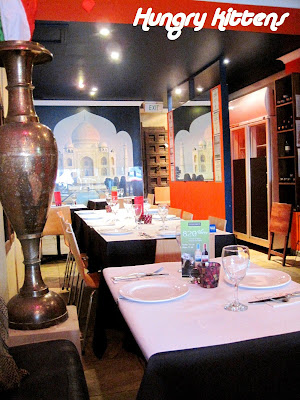 We saw the add for Oberoi's Taj in a map for the Gold Coast. The restaurant's website looks quite professional and appealing. Upon arrival, I was a bit disappointed with the restaurant itself. It was smaller than I thought and really quiet. I think that might have been due to the rain and also, more importantly, the fact that the Gold Coast is very much a night time city. We had lunch at Oberoi's Taj. When we drove past later that night, we saw that it was really busy at dinner time. 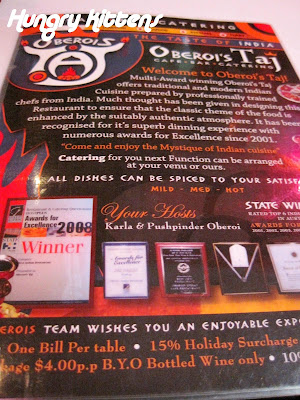 The menu offerings are more expensive than most Indian restaurants I know of. They did offer lunch time specials though. You can't choose the curry you get with the special but by happy coincidence, it was what I wanted anyway. I've been choosing unknown Indian curries for so long, on this occasion, all I wanted was butter chicken. And that's what they had in the chicken special :D. Charlie chose the lamb special which was another classic: rogan josh. The special comes with curry, rice, salad and papadums. We also ordered some naan bread to share. 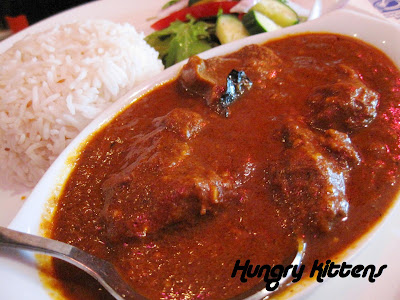 The meals didn't take too long to come out. There was one guy working in the kitchen and another guy serving food and answering phone calls. I got really annoyed because our food was obviously ready and on the window, ready to be served (the window was actually an arm's reach from our table) and after Charlie got his meal, the phone rang. Rather than using 10 sec to serve mine as well, the waiter answered the phone and the other guy in the kitchen (who was now doing nothing) just ignored my plate and walked around doing his own thing.

The other lapse in service was that they forgot our papadums and we had to chase it up. 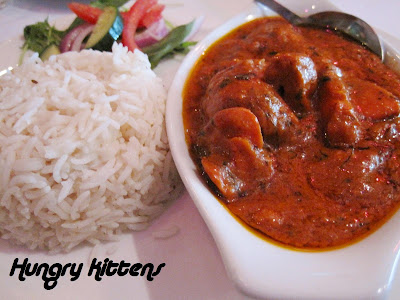 As for food, we thought the meals were really good value. The price is comparable to that of Indian fast food (the kind you get in shopping centers) but tasted a lot better. My butter chicken was delicious but very oily. I didn't like the rogan josh that much but then again, it's not one of my usual picks. And the butter chicken was so good that I didn't care about the rogan josh. 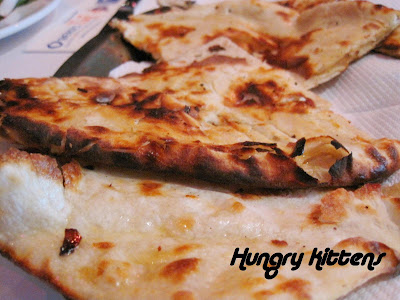 The naan bread was weird. I'm used to thick naan that is soft on the inside. This was sort of wafer-like and crisp all around with some burnt bits. I was ready to complain but the bread didn't taste too bad. I prefer regular naan but this crisp alternative tasted worked quite well for dipping in curry. 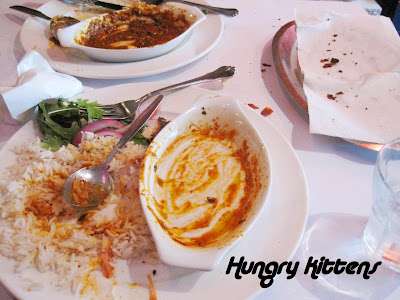 I reckon there are probably better Indian restaurants in the Gold Coast; I know there definitely are in Brisbane. Oberoi's Taj has good lunch specials but I won't pay the full prices, knowing that they have service flaws and average food.
Labels: Casual Dining, Dining Out, Gold Coast, Indian Restaurants