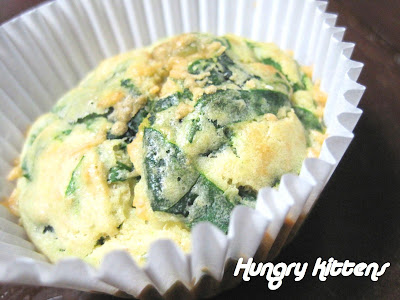 There's not a lot of food out there that I really dislike. Sure, like anyone else in the world, I have preferences but in general, I tend to eat just about anything. Nonetheless, I'd somehow gotten it into my head that I really don't like savory scones or muffins. When I was offered a bite a few weeks back, I took a tentative taste and proclaimed it was horrible before anything even registered in my taste buds.

Something changed DRASTICALLY. Charlie and I went to Muffin Break last week and he chose the spinach and feta muffin. I tried this one and liked it so much that I forced him to trade muffins with me. From there on, it was only a matter of time before I would attempt to make my own.


These spinach muffins are LOADED with spinach. My aim was to make a really healthy grab-and-go breakfast option for early mornings where you have no energy/time even for pouring milk. The recipe I used is modified from this one.

1. Remove the stems from the spinach leaves. Boil in water until wilted and drain. When it's cool enough to handle, chop the leaves up. 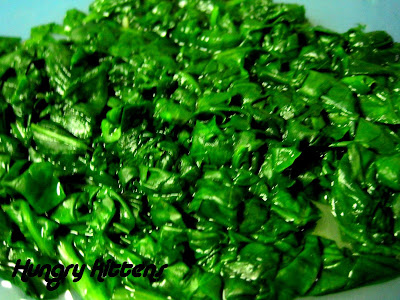 2. Preheat your oven to 180 degrees Celsius. In a large mixing bowl, combine the flour, baking powder and salt. Add the egg, olive oil and milk - stir until just combined (be careful not to overmix). 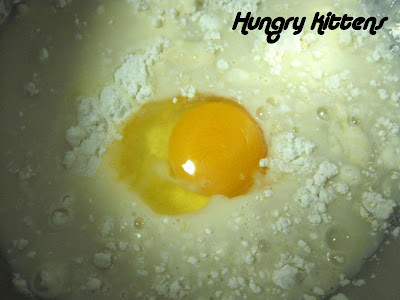 3. Add the spinach and feta, stir to incorporate these into the mixture. 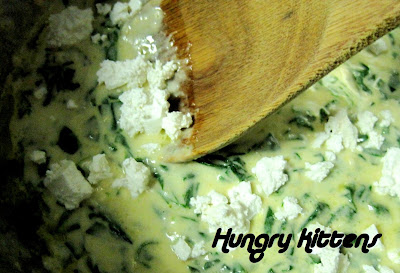 4. Pour the muffin mixture into 6 muffin holes. You can use paper cups or grease the tray and pour directly into the tray.
5. Bake for 20-25min until golden on top and cooked throughout. In the last 5min or so of cooking, sprinkle the Parmesan on top of the muffins.
6. Cool on a rack for 5min before turning the muffins out of the tray and cooling completely.
7. Serve at room temperature with a bit of cream cheese. 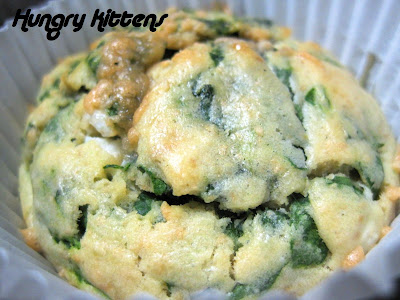 These muffins are so moist and delicious. They taste better at room temperature than warm (in my opinion). The Parmesan topping was nice and crisp and added a extra dimension. These muffins don't rise a lot but because they're so moist (from the spinach), they're not tiresome to munch on. Also, I'm not usually crazy about the actual flavor of olive oil (I use it for 'health benefits') but in this case, I think it melded well with the other flavors. 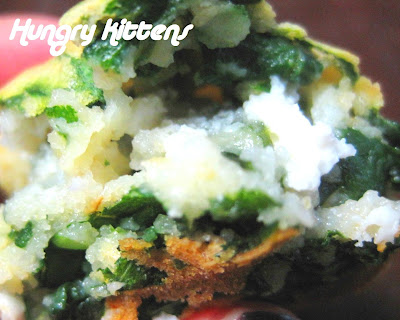 Close-up of inside of the muffin

My only issue is that I used the paper muffin cases and the muffin mixture REALLY sticks to it. When you peel the paper back to eat the muffin, half of it is stuck to the paper (slight exaggeration). I might just grease the tray and pour straight into that next time... 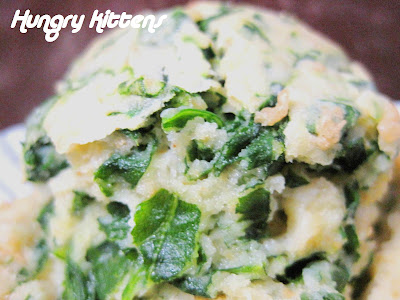 Bits stuck to the paper case

Otherwise, the recipe is so cinch and the results are yummy, satisfying and guilt-free.
Labels: Baking, Home Cooking, Muffins and Scones, Savory