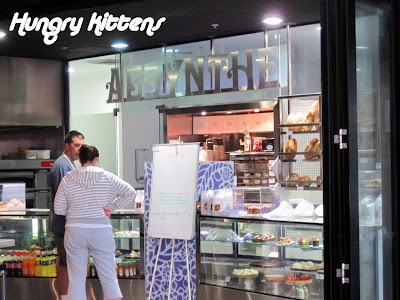 Absynthe the restaurant is currently amongst the highest ranking (if not THE highest ranking) in Queensland. Obviously, it's somewhere I want to go. On this particular Gold Coast trip, I wasn't in the mood for fine dining so we're saving it for later. 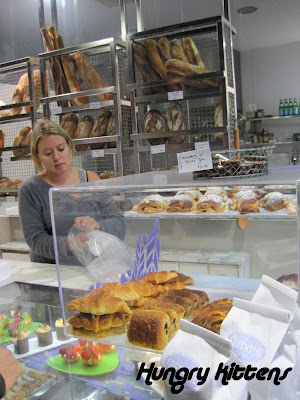 I did, however, stumble across the Absynthe Bakery which was right across the road from our hotel. It's located in an apartment complex called Circle on Cavil. The bakery is small and French-style with a few chairs and tables for people who stop by for a snack or quick lunch.


On our last morning at the coast, we decided to grab a few things from the bakery to take home for later. There were lots of pastries, breads, pies and things on offer. You can also get sandwiches and coffee. 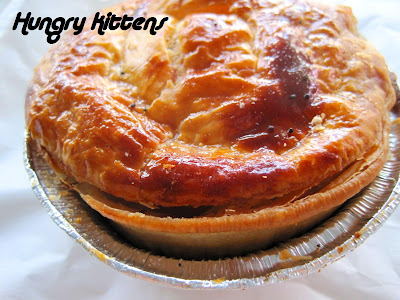 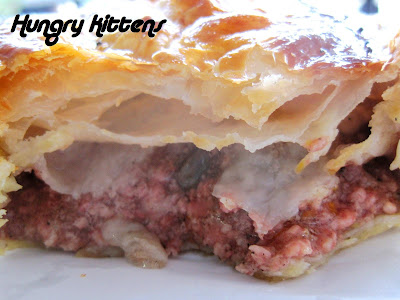 The pie was hot so Charlie ate it then and there. I had a taste - the meaty filling is thick and rich. There aren't any chunky pieces of meat which let me down at first but the flavor the the filling is still fantastic. Oddly though, I didn't taste a distinct 'lamb' flavor. If I wasn't told it was lamb, I might have guessed it was a plain beef pie. The pastry was flaky and puffy but very oily. 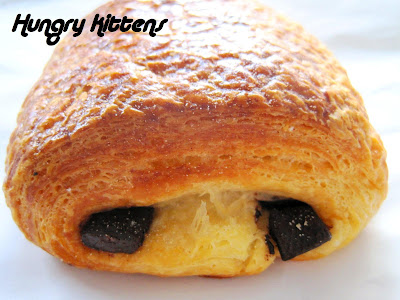 I tried the chocolate croissant later on in the day. It was quite good but not outstandingly better than any other I've tried. Still, the croissant was light and flaky with a beautiful buttery aroma. The chocolate filling was just the right amount - there was a good presence of chocolate but not so much that it overwhelms the pastry. The chocolate itself was also high quality, smooth and dark. 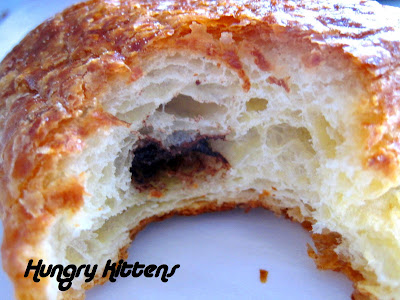 Inside of chocolate croissant

The sourdough spelt was for my parents. I've never tried spelt loaves before but have been curious about it due to the nutritional value.Spelt is a type of grain, related to the common wheat used for most breads, cakes etc. Read here for more information. 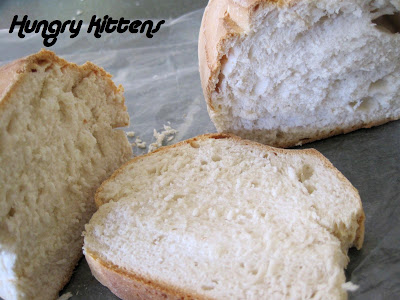 I thought the texture was quite intriguing - dense and slightly moist with an almost buttery, nutty flavor. I didn't add butter by the way - I just sliced the loaf into thick slices and heated them up a bit (microwave, not toasting because I didn't want the surfaces to burn). This bread would be great eaten as is, unadorned. It didn't taste strongly like sourdough (at least not to me) but more mild. 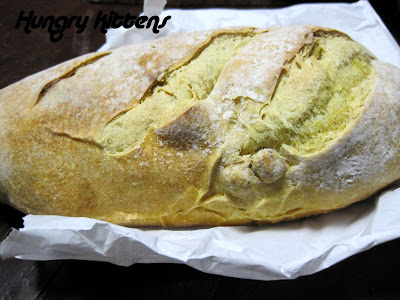 I had the curry bread at home. It was chosen because the combination seemed so strange to me: curry and hazelnut. There was another element too. Charlie remembers it to be lime whilst I remember it to be honey. 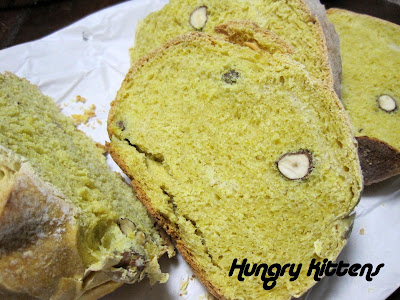 In any case, we can't detect this other flavor. I associate hazelnut with sweet food but this bread is very obviously savory. It tasted best when toasted and slathered with butter. I think it would be nice sliced thin, toasted and dipped in soup too. The curry flavor was strong - I wouldn't be able to eat more than one serving of this without getting sick of it. 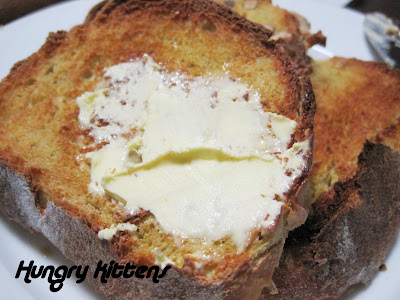 Absynthe Bakery had a really comprehensive choice of baked goods and pastries. I would love to try one of their tarts next time and I've also heard that the raisin bread is exceptional.
Labels: Casual Dining, Dining Out, Gold Coast