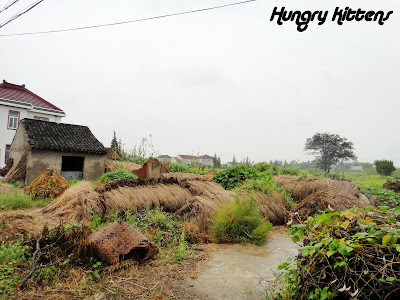 There’s an island off Shanghai called Chong Ming that’s recently had a bridge and underwater tunnel constructed onto it so there’s direct transport to the mainland. The island is less ‘developed’ than Shanghai city and as a result, much of the export is agricultural. There are built-up areas that represent the ‘city’ of Chong Ming and if you diverge further out, you’re immersed by fertile farmland. 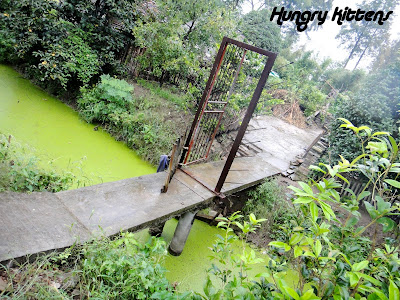 It so happens that my grandad landed himself a small piece of land and building in the farming district so we were all invited to go for a farm stay. Farms in Chong Ming are different to what I know of Australian farms. 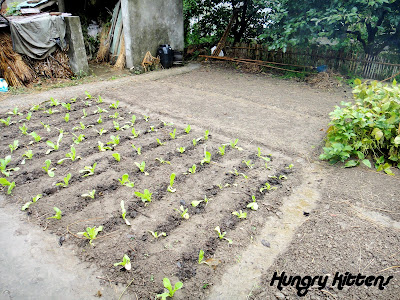 Rather than being large-scale and commercial, they almost seem like extensions of everyone’s backyard. Every family has a plot of land that they cultivate with whatever crop rocks their boat. 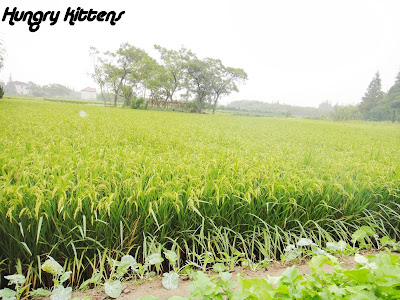 There aren’t official roads or streets. Apparently the ‘roads’ (which are only wide enough for 1 vehicle at a time… leading to many awkward road situations when you spot someone coming down your way from the opposite direction) were only concretely recently. In terms of address, there aren’t even house numbers. My grandad describes his ‘area’ as The Three Bridges. If you say that to anyone in Chong Ming, they know what you’re talking about. 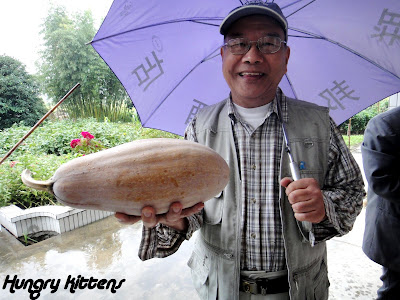 I really enjoyed our stay. There are vegetables dangling from random trees, soy beans crawling on the ground, odd plants that my parents identify as taro or sweet potato (I’ve never seen the leafy tops of these things). Everyone knew everyone else. Walking around with grandad, he stopped every person he saw to greet them. 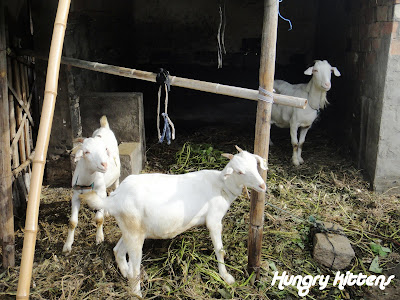 Our plot also had a little goat. He was real cute. We fed him pumpkin leaves. The photo above isn't our goat but some others... you get the drift though. 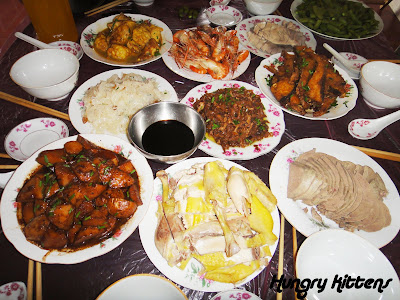 The best thing about going out to the country is the type of cooking they do. It’s simple, no frills and showcases the freshness of their produce. On our first night there, we were treated to a huge country-style feast. 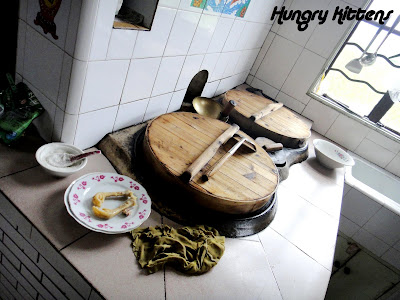 My favourite was the taro. When I think of taro in Brisbane, I think of the Cantonese variety, which is huge and purple and used in desserts. These from Chong Ming were small and round and braised in soy and shallots. The texture was amazing… a bit like silky tofu crossed with potato. 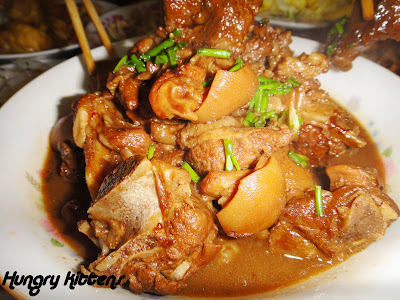 There was also a braised goat dish (best not to think about the live ones while eating this) that’s slow-cooked in a clay pot till tender. It was great though technically it’s not goat season at the moment (goat’s best in winter). 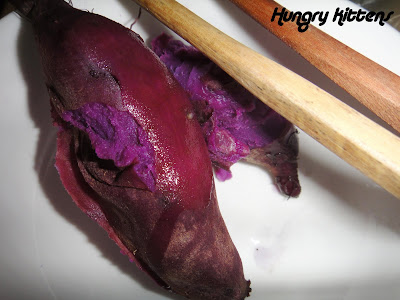 For breakfast the next morning, mum found some purple sweet potato outside and steamed them. This stuff is not just purple on the outside. It is vividly purple on the inside too and is the rage in Shanghai at the moment. Apparently it’s highly nutritious. I liked it because well, I like sweet potato in general. This one wasn’t too sweet but had a nice texture. 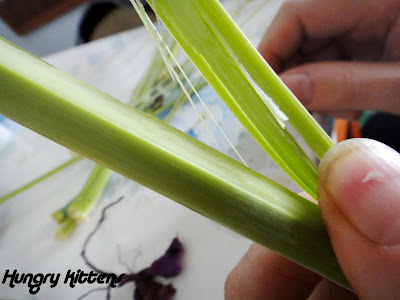 The last thing I want to talk about is this grass… a bit like sugarcane but not quite. In fact, it’s eaten in a similar way to sugar cane. You cut the sticks into sections. The sticks have a hard casing around them that you need to gnaw off (bite on the edge and tear down). These bits of the casing are razor sharp but I hear that if you cut yourself, the powder on the outside of the grass will stop the bleeding if applied to the wound...

The inside of the stick is like sugarcane with the skin shaved off. You just chew it, tasting the sweet juicy interior, and spit out the inedible fibers. 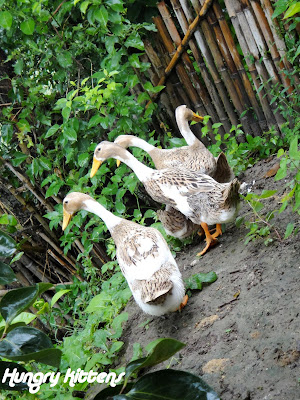