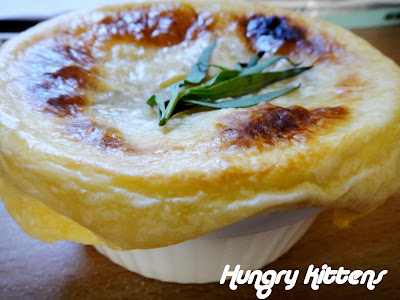 One day, I was feeling very domestic and decided I wanted to bake a pie. Byron and I argued and argued about what should/shouldn't be in the pie. I thought I should have authority on the matter since he doubted the chicken, olive and lemon pie I made but it turned out awesome. 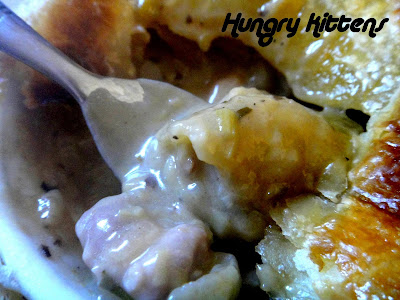 I ended up going with my instincts and started brewing the filling after work. It was hard to restrict the title because the pie doesn't JUST have chicken, leek and tarragon. It's also got bacon, mushrooms and lemon zest. 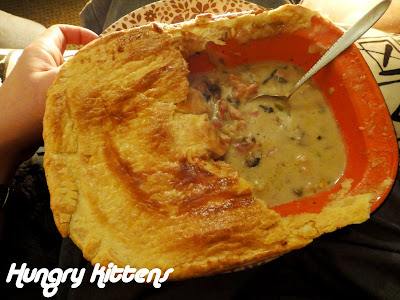 Pies are the best thing ever for this weather. I made a huge one and we picked at it on the couch, munching away through MasterChef. I also made a couple of mini pies that were baked for lunch the next day.

1. Brown the chicken in a frying pan with a bit of olive oil. Add the bacon and shallow fry for a while. Set aside. 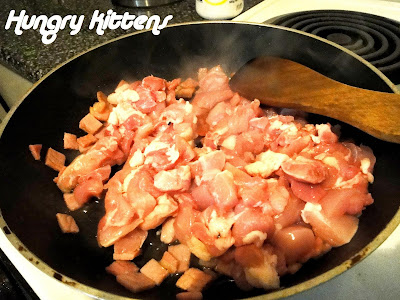 2. Fry the onion and leek in the same pan. After the veggies have softened (around 5min), add the mushrooms and tarrgon. Cook for another 2min or so. 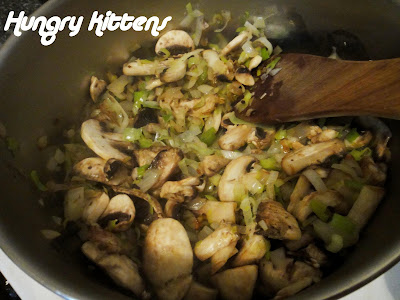 3. Add the butter and flour and stir until the veggies are coated. 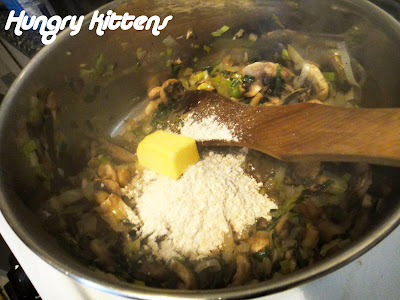 4. Add the stock gradually, while stirring constantly. If the sauce is too thick, add water as neccessry. Don't make it too runny because you'll be adding some cream.
5. Stir in the cream. Add the lemon zest. Taste and adjust as necessary. 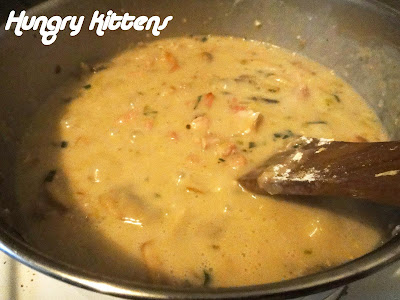 6. Cool the filling to room temperature before pouring into a pie dish.
7. Preheat the oven to your puff pastry manufacturer's instructions (usually about 200 degress Celcius).
8. Lay the pastry over the top and fold over the edges. Use a sharp knife to cut some steam vents in the pastry and brush with egg wash.
9. Bake the pie in the middle of the oven until the pastry has risen and the filling is warmed. Serve hot! 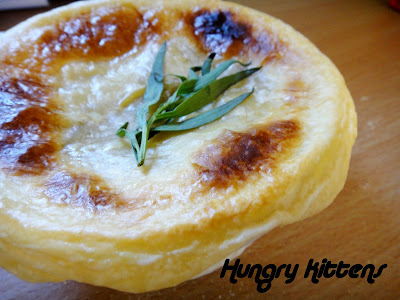 I was really pleased with this flavor combination. Philadelphia Cooking Cream is something I'm really liking for savory food. It's creamy and slightly sour. I think that using pure cream would be too heavy for this dish. Maybe a combination of cream and sour cream? 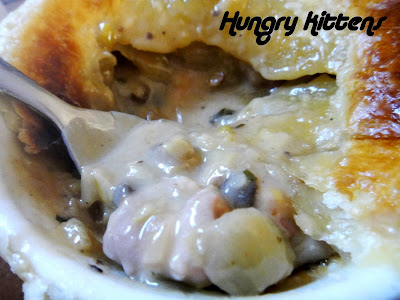 The pie was pretty easy to make too, just a matter of stirring together some ingredients. If you're interested in altering the filling, I'm sure that's fine too.
Labels: Baking, Home Cooking, Mains, Savory