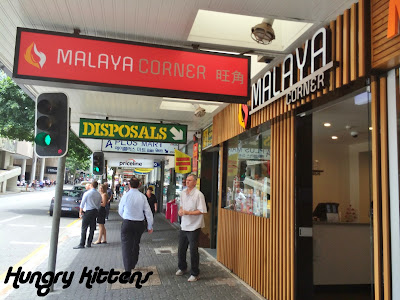 Malaya Corner in Sunnybank was one of the first ever restaurants that I wrote a review about. Ah, what sweet memories of my youth. I found out the other day that they have sprouted several new locations throughout Brisbane, one of which is in the CBD. Marc and I went along to this Elizabeth Street location for lunch earlier this week. 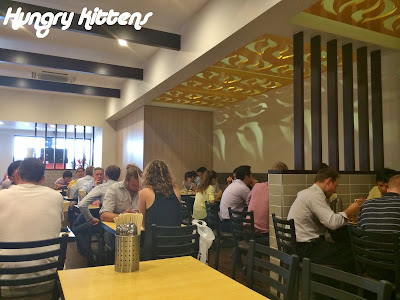 For anyone who's been to Little Singapore in the city, the layout of Malaya Corner is quite similar to that but it felt to me like there was more seating space. We went during peak hour but although the restaurant was very busy, it was never fully packed (and that's a good thing). 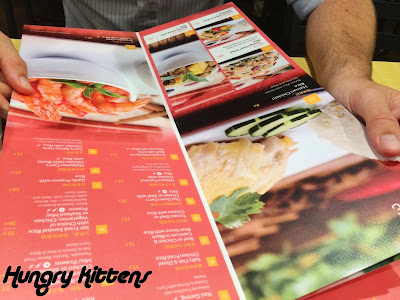 The menu is filled with lots of classics from that part of the world, from roti canai to laksa, fried noodles and curries. I could never really pinpoint the difference between Singaporean and Malaysian cuisine, especially when it's all sort of merged together for an Australian population. Mind you, I've actually been to both countries too. All I know is I thoroughly enjoy this style of food.

Marc and I ordered three mains to share, knowingly going overboard to have leftovers for later. There is a separate drinks menu with tonnes of bubble tea and coffee flavours so we chose a flavoured pearl milk tea each. 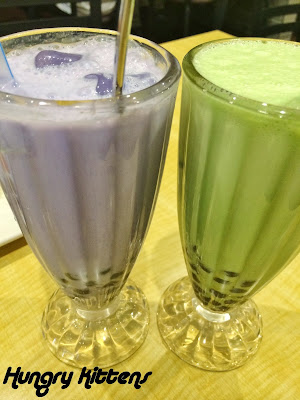 My green tea with pearls was quite good but didn't have a very strong tea flavour. I liked that it wasn't too sweet though and it was surprisingly filling. I had to struggle to find room for the actual food but you know I am somewhat of an expert at eating so I did manage ;). 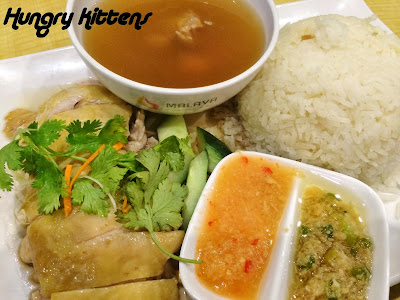 The first dish to arrive was the Hainan chicken rice. I like ordering this dish because it's quite simple and provides a good break from other, really flavoursome choices. This version was very good, with succulent chicken pieces. I judge the chicken the most because it's important for the pieces not to be dry or overly fatty. I think Malaya Corner hit the mark and the accompanying sauces were good. I don't like eating rice under most circumstances but the seasoned rice in hainan chicken rice is an exception, especially when it's done well. The rice here was buttery and separated with a subtle flavour. I even liked the broth! 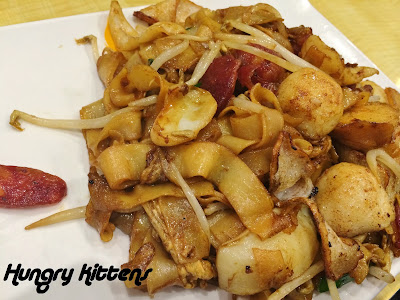 Our second pick was the penang char kway teow. I have a weakness for thick, flat rice noodles especially when given the hot wok treatment. There is something absolutely irresistible about charred, chunky noodles tossed through a savoury, mildly spicy sauce, veggies and seafood. It's a texture and flavour carnival. Some places make the char kway teo too oily but Malaya Corner avoided that trap and kept the noodles filling but not heavy. 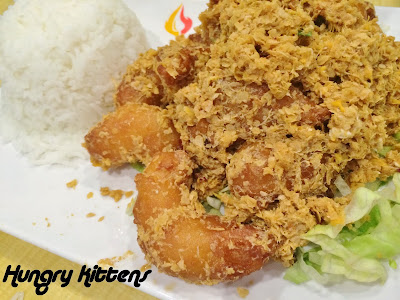 The one dish I knew I had to get was the oat battered prawns. I used to get this dish when I went to the Sunnybank store as a uni student so it has nostalgic value to me. This version at the CBD store was different to what I remembered but rather than being a disappointment, it was actually better. The prawns themselves were huge and fleshy and I would describe the batter as like a really good beer batter crossed with sweetened panko crumbs. There was definitely something reminiscent of a dessert here (Marc thought of donut) because the oats they use in the batter has a slight milky, malty flavour. I was full to bursting by this point but still crammed in as many prawns as possible. When we were done with the prawns and I was sure I couldn't fit anything else into my poor overworked belly, I found myself still nibbling on bits of oat crumb. It's really, really yummy.

We really enjoyed the food at Malaya Corner CBD. The servings were large and the flavours were quite spot on with all the dishes we tried. Service was speedy too, which is important for workday lunches, and I liked that the plentiful seating means it's reasonably easy to get a table even during peak hours.