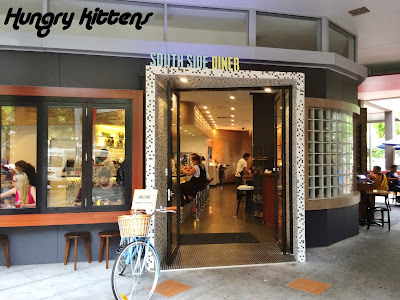 You can call me a lover of all foods Southern American. Corn bread. Ribs. Big, melty burgers. Sweet, creamy pies. It's all good stuff. Besides, it's obvious I'm not the only one who's digging the soul food craze because American diners are popping up all over Brisbane. I took one look at the menu at Southside Diner and knew I had to try it. 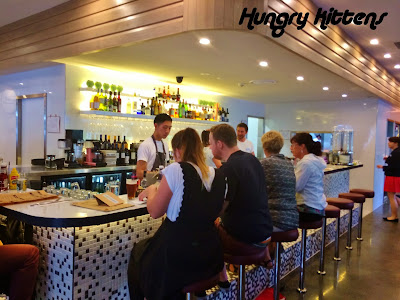 We arranged to meet up with Renae and Duncan for late lunch on Saturday. It was a rainy day but the restaurant was really busy. Marc and I got there first and scored an awesome booth seat by the window. 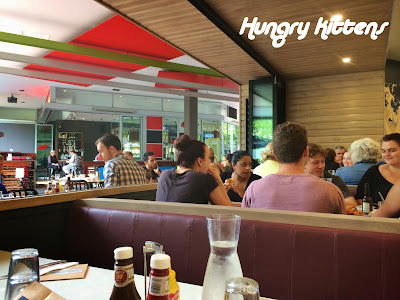 The best way to pass time before a meal is by checking out the drinks menu. My eyes went straight to the loaded milkshakes which are boozy versions of childhood favourites. It was a tough decision to avoid these, based purely on the fact that I knew I would be too full if I had one. 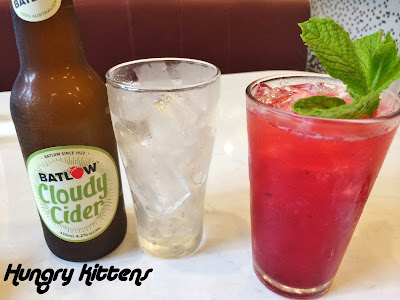 I tried the berry cobbler cocktail instead. It was very drinkable and thankfully, not too sweet. Marc went for the cloudy apple cider which I sampled and find to be perfect for summer. I ended up getting one for myself as my second drink. 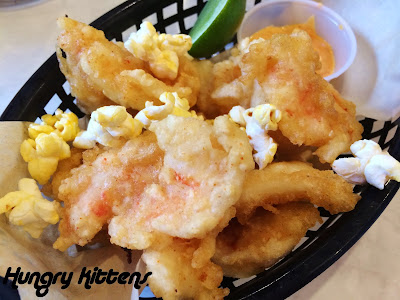 For starters, we ordered the popcorn shrimp for the table. It came as a small bowl of crunchy crumbed prawns and actual popcorn, plus a creamy dipping sauce. The prawns were really big, butterflied down the middle. I think the coating could have still be crunchier though. 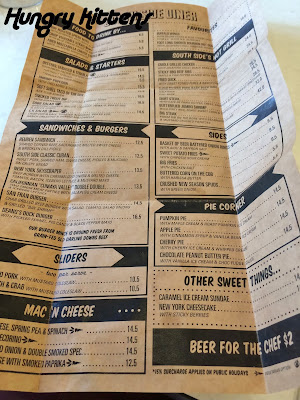 When Duncan and Renae arrive, they chose their drinks and we got stuck into our food order. Between us, we selected two varieties of mac and cheese, the beef rib, foot long hot dog, onion rings and sweet potato chips to share. Yup, it was a lot of food! 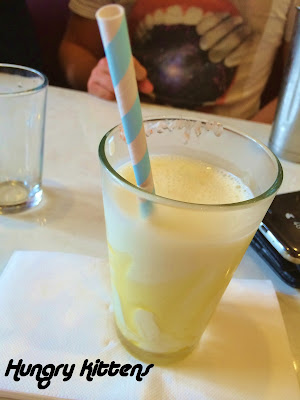 We waited a long while and when it was evident that D and R's drinks were coming, we chased them up with a waitress. It was revealed that the computer didn't process that particular order. To Southside's merit, they profusely apologised and offered the drinks on the house. Renae went with the berry cobbler cocktail as well and Duncan tried the salted caramel milkshake. 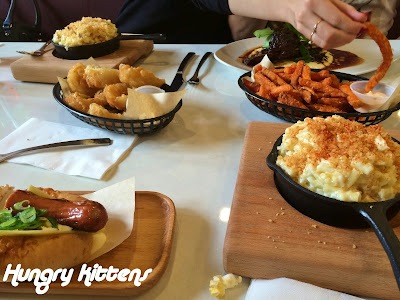 Another long period passed as we were waiting for food. Renae, who was getting ever more peckish, voiced the concern that maybe our food order wasn't processed either. Luckily, this wasn't the case. I suppose it was just a logistical issue getting all our food ready at the same time. 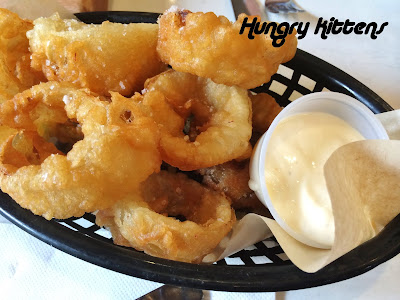 Everything looked great when it was brought out. Most of us snatched a piece of sweet potato fry or onion ring to start with because they were the easiest to eat. The onion rings were so big they were nearly onion spheres. They were delicious though, with a crunchy batter and sweet interior. As a nitpick, the 'saffron' was only there in name. 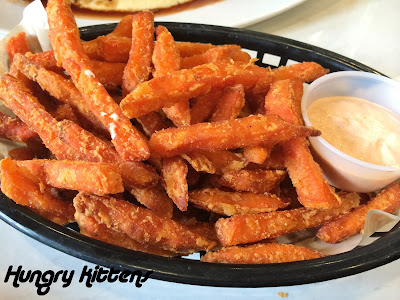 I also loved the sweet potato fries. I find that many fried sweet potato treats suffer from sogginess. These had a crispy coating and went perfectly with the accompanying dip. 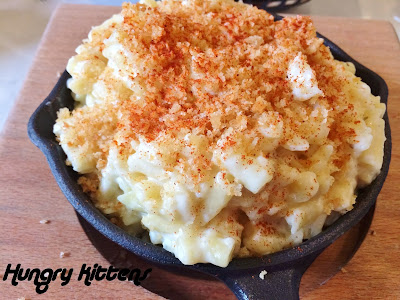 Mac and cheese - with double cheese and smoked paprika

Both Renae and I had been drawn to the mac and cheese options. I could not have been more disappointed with my pick. The pasta was stodgy and overcooked. The sauce had no flavour. It was exactly like pasta that had been left for too long, plus crappy cheese, minus all flavour. Marc and I could only tolerate this by adding tomato sauce or mustard because on its own, it was tasteless glug. 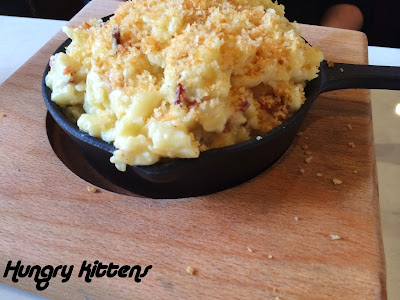 Mac and cheese - with caramelised onion and double smoked spec

Renae's mac and cheese fared marginally better because of the bacon component. It's true that bacon adds interest when added to anything. Here at least it stopped the pasta from being completely inedible. 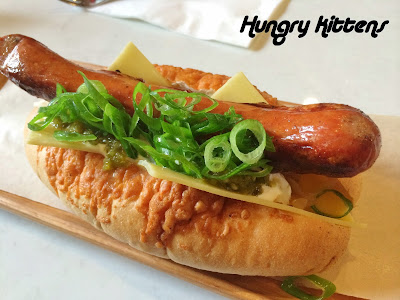 The hot dog was actually quite good. It had a strong bourbon flavour, was cooked well and complimented by simple but tasty sauces. The sprinkle of spring onion on top was the only green across our entire table. That and the onion in the onion ring represented our only sources of vegetable for that meal. 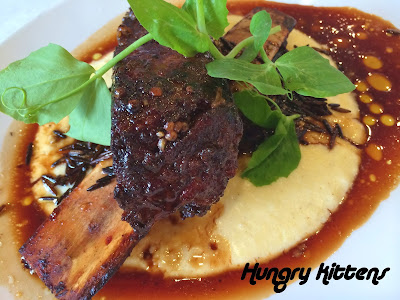 Duncan had been really looking forward to a rack of ribs but his rib order arrived as a single braised beef rib. Both he and Renae agreed that the meat was tender but I know they were expected a big rack. What appeared to be mashed potato tasted like "a cheese sauce" but is actually polenta. They didn't think this was worth the $30 price tag.

We thought Southside Diner was hit and miss in terms of food. If you add cost to the equation, it's a fairly expensive menu. Duncan and Renae voted the restaurant as way overpriced. I did enjoy our sides but otherwise, share their sentiment. The mac and cheese was the most disappointing thing I've ordered in a long time. It's a shame because we saw burgers being consumed around us and they looked really good so that might be the better way to go. Service was really slow and a bit disorganised. Aside from one drinks order being lost, when our bill came, they were still on the bill even though they were supposed to be taken off. That was amended fairly quickly but our bill for that lunch still came to over $40pp.