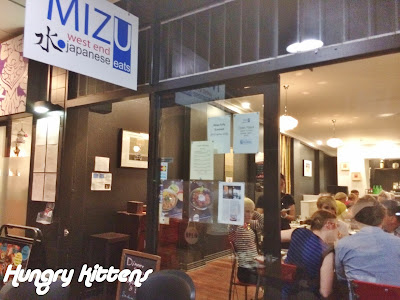 For as long as I can remember, I've been hearing recommendations for the traditional Japanese-style breakfast at Mizu in New Farm. I didn't think I'd ever successfully make it there but imagine my delight when I discovered a secondary Mizu restaurant right near me in West End. I'm not sure if they also do breakfast but we had dinner there last Saturday night.
It was reasonably busy when we got there around 8ish. We took up one of the outside tables because it was a pleasantly cool time of the day. For drinks, Kat ordered a diet Coke whilst Marc and I both had Japanese beer. 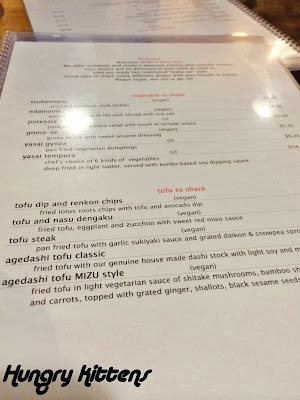 The menu at Mizu is for sharing. The idea is to order many plates between friends for everyone to taste and try. I felt a bit sorry for Kat because she doesn't like seafood but most of what Marc and I selected had seafood in it. 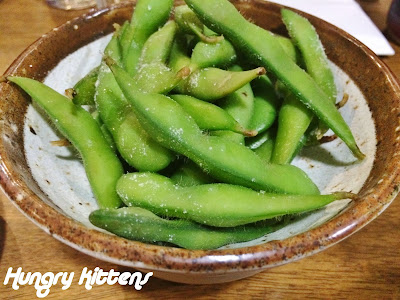 We started with some edamame to nibble on. They were very fresh and crunchy but I personally prefer mine a bit more cooked. Maybe I'm weird... anyway, I'm not an edamame lover so I'm not totally clued in to how its supposed to be prepared. 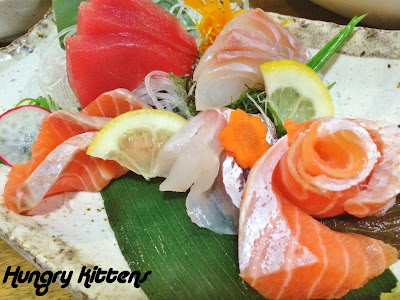 Marc and I shared a medium sashimi. On Saturday, the sashimi was salmon, tuna and kingfish. It was all spot on and there were no complaints from us in that department. Sashimi platters are always delightful to look at as well as eat. 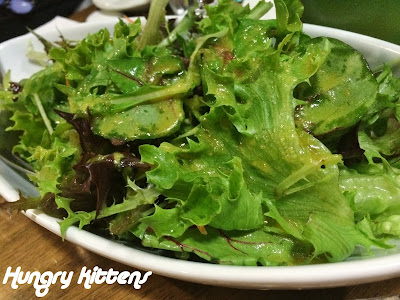 I selected a garden salad to up our intake of veggies. It was a really fresh salad with not a wilted leaf in sight. The dressing was tangy and nicely balanced. It wasn't as 'unique' as some other Japanese salad dressings I've tried, which may or may not be a good thing depending on your preferences. We ended up finishing every last bit. 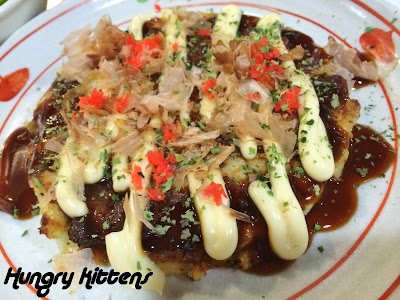 Okonomiyaki at Japanese restaurants is a no brainer for me. Not only do I love the stuff but it also makes for a good point of comparison because not all Japanese pancakes are made equal. Mizu's version was delightful. It was very creamy and full of seafood goodies. Even Kat didn't mind it and spent some time picking off the bonito flakes. 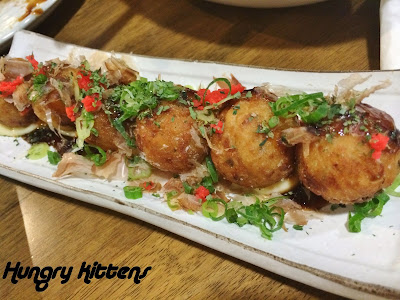 I also love takoyaki balls, which are arguable along the same vein as okonomiyaki. Oh well, who minds repetition when it's something you love, right? These were equally as satisfying and another great vessel for the delicious Japanese mayonnaise. 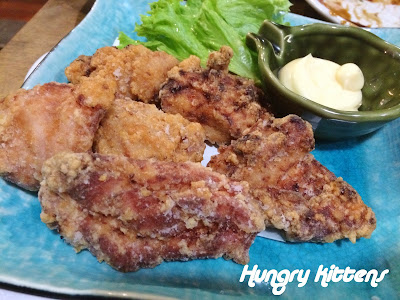 Marc wanted the karaage chicken to up our protein intake. These had a really homely vibe because the chicken pieces were large and the crumb was fine and crunchy. What I mean is that it didn't taste like frozen prepared karaage that some Japanese eateries use. 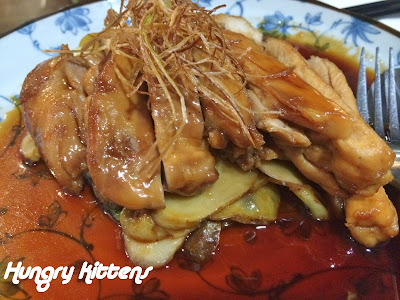 Kat's teriyaki chicken arrived at this point. It was nice to see that it was a really hearty plate of chicken. I have been to Japanese restaurants where all you get is an artful, single layer of chicken pieces arranged on a dessert plate. This was juicy chicken in abundance layered on thinly sliced potato. I was invited to try the potato and was impressed by how well it went with the teriyaki sauce. 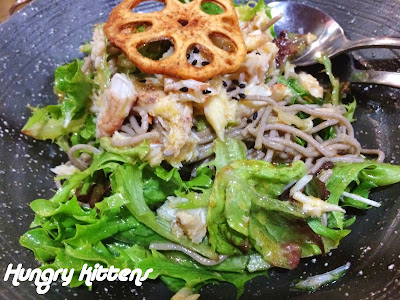 For something different and to fill us up, my last pick was the fresh crab meat and soba noodle salad. I'm not sure about the other guys because cold noodles seem to be just an uniquely Asian thing but I really enjoyed this dish. There was a lot of crab meat and the dressing was light and delicate. I didn't expect there to be actual salad greens in here but there was and it went together really well. Creating a version of this at home would make a great summer salad alternative.

Mizu was perfect for food and service. We had a minor hiccup wherein the incorrect amount was charged through our credit card, but that was fixed up with no fuss. I can conclude that I enjoyed everything I tasted and the serving sizes were generous too.