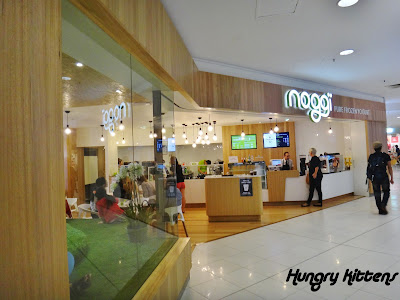 I don’t make it a secret that I have an unhealthy desire for frozen yoghurt. I’m not just talking about loving the taste of the stuff; I mean I want to marry it and have its froyo babies. Froyo for life. 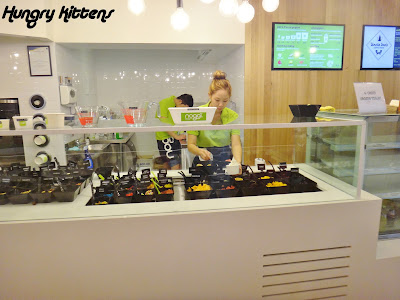 I’ve been grooming my parents and Marc in preparation for an elective jaw surgery that I have planned later on in the year. Every time we walk past a frozen yoghurt store, I remind them how much I love that stuff and how I would be happy if it was my one source of sustenance during the period of 6 weeks that my jaw is wired shut and I can’t eat solids.


It then follows that I was thrilled to see Noggi stores blooming all over Brisbane CBD. I was cautious in my excitement at first because we all know what happened to Yogenfruz (in fact, there’s an ominous history to froyo stores in Brisbane) but it seems that Noggi is doing pretty well for the moment. I suppose winter will be the real test. 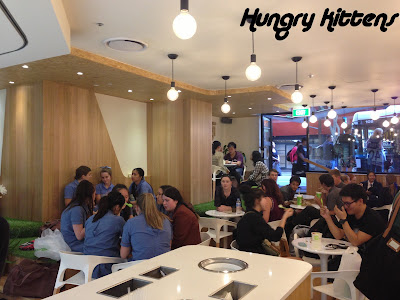 Noggi in the Myer Centre, Brisbane City, has a very innovative fitout. There’s artificial lawn strewn through and the back of the store is layered so people (generally young people, I couldn’t help but notice) can sit and chat and pretend they’re out in a park.

The offerings at Noggi are standard for a frozen yoghurt store. There’s the froyo itself, in a few different flavors, lots of toppings to choose from and if you (for some absurd reason) don’t like frozen yoghurt as is, you can have it in smoothie form.

I noticed that there are some amusing ‘share’ sizes for those who want to eat on site. They were literally glass jugs and I can only imagine what quantity of frozen yoghurt would be required to fill them up. Dare I speculate that it would be too much even for me? 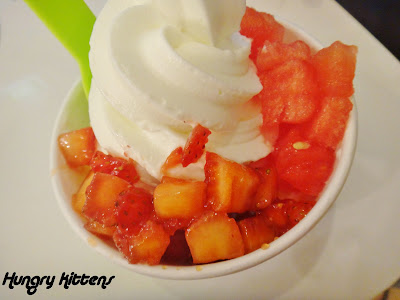 On this day, I stuck to an original flavour and had strawberry and watermelon as topping. They are my favourite froyo toppings. Noggi’s frozen yoghurt is good and the toppings are fresh. I went there when it had only just opened so it was busy and there was a queue but when I’ve walked past since, it hasn’t been as busy.