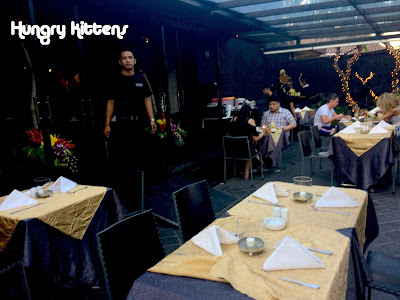 Our last day in Bali was fun but tiring. The flight back home wasn't until late in the evening so we had a whole day's worth of activities but because check out happened in the morning, no place to recuperate throughout the day. This was softened by 2.5hrs of pampering booked for our afternoon. Hot stone massage, reflexology, scalp massage and hair treatment... life was good. 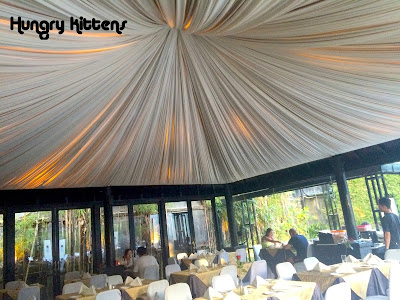 After our last session at Cool Spa, we were feeling dazed and relaxed but still had hours to kill before check in at the airport. No one was particularly hungry after our big lunch at Anika Cooking Class but sometimes dinner is more about something to do than something out of necessity.


Sadly, as a group, we had worn out our tolerance of Balinese cuisine and was desperately craving something cheesy and Western. Wandering through Seminyak Square, Ultimo presented itself to our left as the perfect solution. Pasta, cheese and bread sounded like just the antidote for too much chili and coconut.

Ultimo Restaurant is ginormous. It's almost like 3 restaurant spaces stuck together. The front is a bar area and towards the back, there's an open air courtyard and undercover room with marquee-style draping. We opted for the latter. 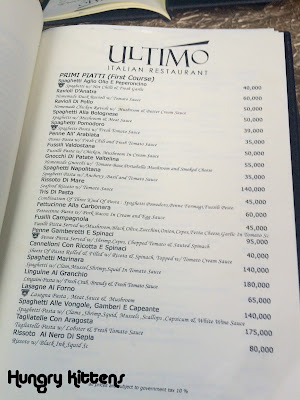 The menu features all those Italian classics that we were hoping to see. There was a whole section of pasta and pizzas. We spent a good amount of time trying to figure out what we wanted. 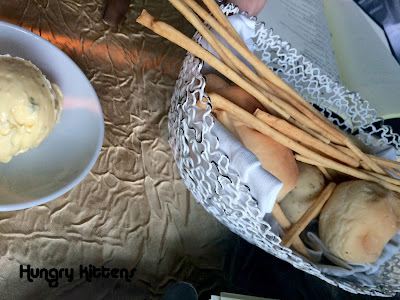 While we were deciding, a bread basket was brought out with a generous tub of soft, garlicky butter. It was delicious! It's not until you don't have bread for a few days that you realise how wonderful plain bread and butter is.

Most of the girls were sort of 'over' eating but my appetite was embarrassingly live and kicking so I ordered both an entree and main. 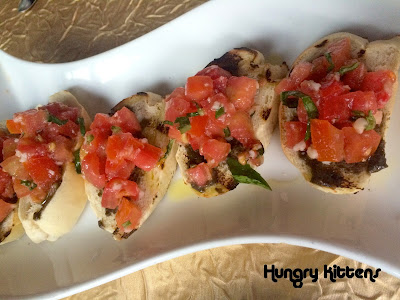 My entree was the tomato bruschetta. They were served as several small pieces, great bite-sized portions. The topping was quite fresh but the actual bruschetta part could have been crunchier. 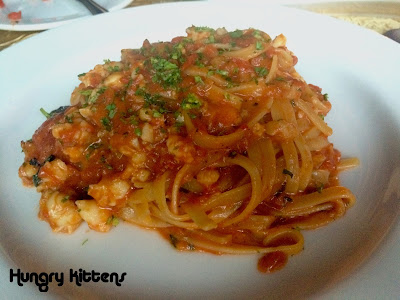 My pick for main was the lobster tagliatelle. It was a glistening mound of pasta tendrils and bisque sauce. The flavours were good but there weren't many actual discernible lobster pieces. That's pretty much what I expected considering the price but overall it was still a tasty dish. 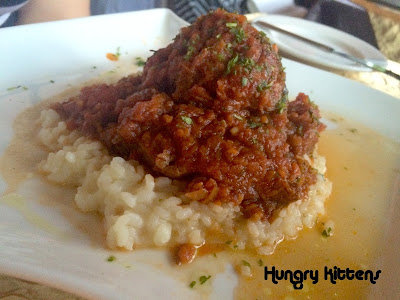 Sarah chose as her main the veal osso bucco. This was served on a pile of risotto so together, it was a hearty portion of food. 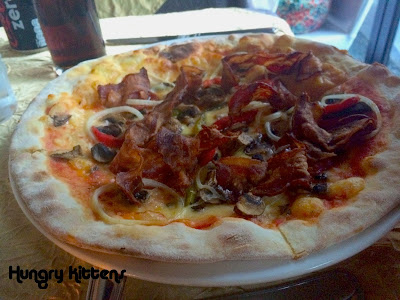 Jenny ordered the Ultimo pizza. It had a beautifully thin and crunchy base. The bacon bits on top were sort of odd out and didn't fit in but on their own tasted like bacon crisps. 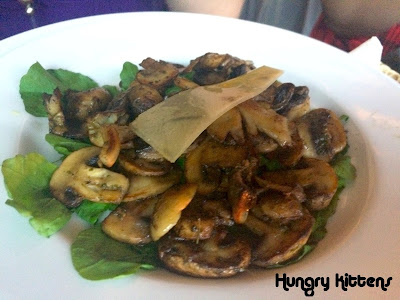 Kat wasn't feeling super hungry so she ordered two entree dishes as main. One was the bruschetta that I also ordered, the other was a mushroom dish. It was quite tasty but very simple and something that could easily be made at home. I think that she wanted something plain though.

Ultimo didn't serve up the best Italian food of my life but it was just what we were in the mood for after 5 days of Balinese cuisine. The ambiance is very nice and service was professional throughout. It absolutely does the job as a clean, western-style restaurant to cure a bit of homesickness while you're away.