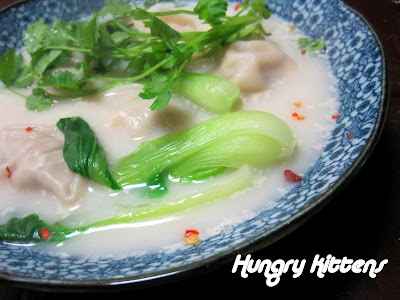 This recipe was really loosely based on one from "Feed me now" by Bill Granger. When I say loosely, I'm 'not at all really'. I saw his recipe and was very close to following it but got distracted.

The change-of-mind trigger for me was that I bought a bunch of bok choi and it was much too much to use in the broth alone. I also didn't have chicken mince like I thought and so it clicked in my head: pork mince + chopped bok choi = wontons. Bill Granger's recipe was for spiced chicken meatballs basically so you can see where the deviation lies. 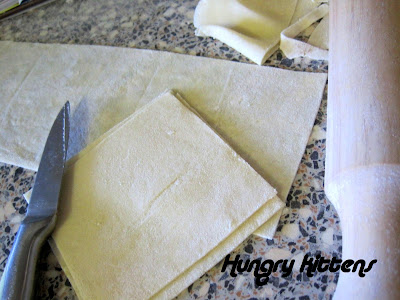 My family's traditional wonton recipe involves pork mince, bok choi, shitake mushrooms and seasoning. It's delicious. I didn't try to replicate it but made my own variation. I even went so far as making my own wonton skins which was an achievement in itself. After that, I am confident in recommending you buy yours pre-made. (If you're stubborn and want the exclusive sense of satisfaction received from making something yourself, I just used flour + water + a bit of vegetable oil and rolled it out like pasta).

For the wontons
For the broth
Procedure:

1. Mix the wonton filling ingredients all together. 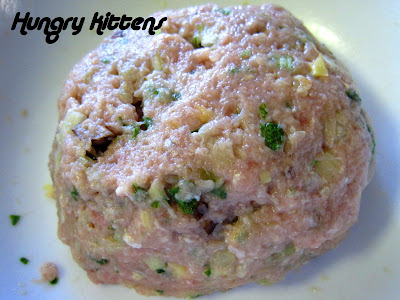 2. Make your wontons. People fill them in different ways. I put the filling in the center and then fold over to enclose it. Wet the edge to seal the seam. Then, I bring together 2 of the corners and seal that together too. I hope the photos help. 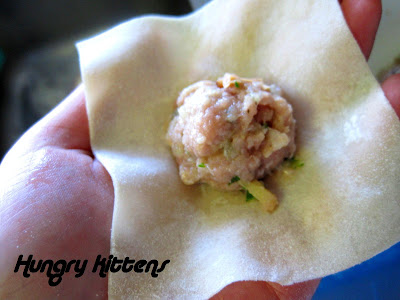 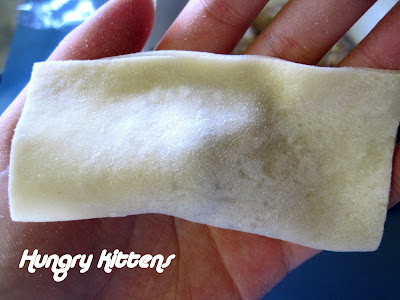 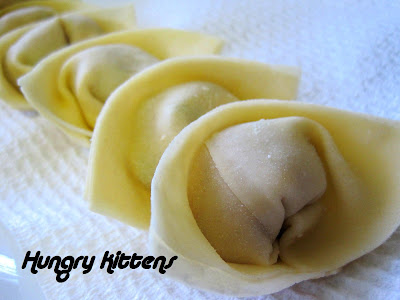 3. Make the broth by boiling together the coconut milk, chicken broth, fish sauce, lime juice, ginger, sugar and chili. Taste and adjust. Lower the heat to keep warm until needed. 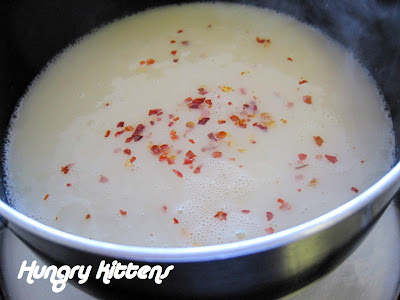 4. In a separate pot, boil some water. Plop the wontons in and stir a little to prevent sticking. Add the 2 baby bok choi in as well to boil.
5. Wontons are cooked after they've been floating for 5min or so. You can take one out and open it to test. Drain them when ready. 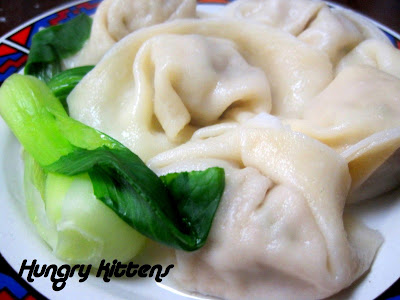 6. To serve, ladle some soup into a bowl. Add the wontons and bokchoi. Garnish with the coriander and more chili flakes (if you're like me). 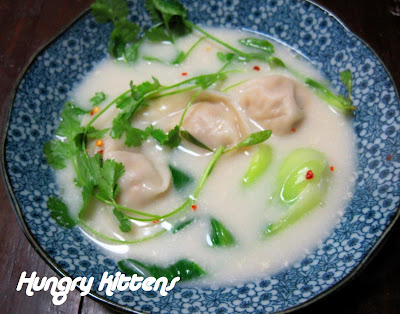 The wontons were really good - simple, clean, healthy and tasty. The soup was a lovely compliment and overall it's just something I'd be happy to eat on a regular basis. 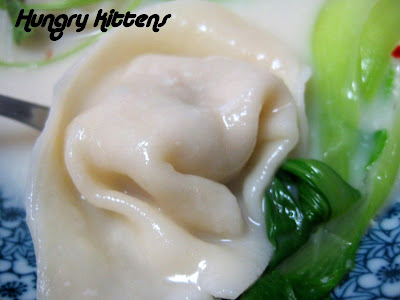 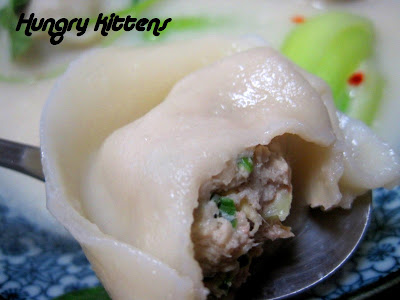