Vespa Pizza at the Gabba 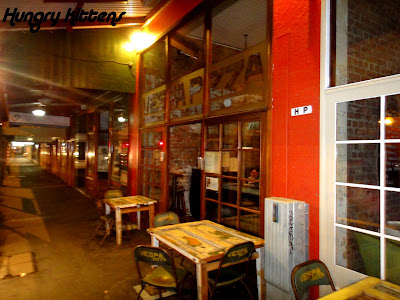 My week of attempted fitness and health hasn't been too bad. The hard thing is to stick to it. But, in my opinion, if you're going to make an exception and indulge a little, it better be for something good.

For this reason, we drove in a huge loop around Brisbane last night (starting East, then heading South, West and finally ending up around the CBD) looking for somewhere suitable to eat. Anyone who's tried to keep to a diet will understand the feeling of 'I don't want to waste my kJ allowance/stomach capacity on something crap'. 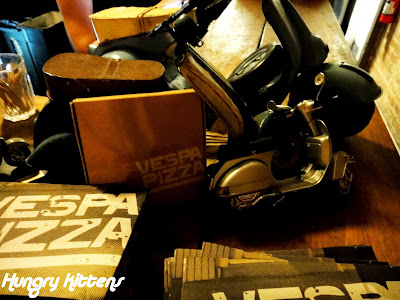 After running through a few lists of potential food candidates and pointing out certain restaurants before driving past them too quickly (and unwilling to make a U-turn), we finally decided on Vespa Pizza. I only know of the place because I saw it the other day on my way to coffee in West End and thought it was the coolest looking pizza shop I've ever seen. Apparently the mother restaurant is in New Farm but I only know of this one at Woolloongabba. It looks small from the outside but the inside is long so there are quite a few tables, plus a few tiny ones on the street, if you're inclined to eat with your face full of Stanley Street traffic. 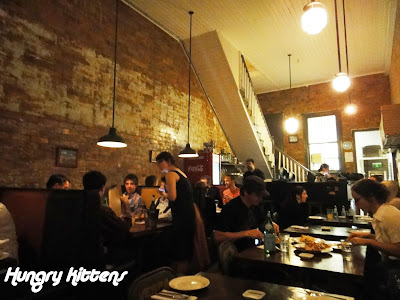 I love, love, love the style and decor of this restaurant. It's what attracted me to eat there at the first place. High ceilings, rustic brick walls, dark colour scheme but adequate lighting. Thumbs up all round. 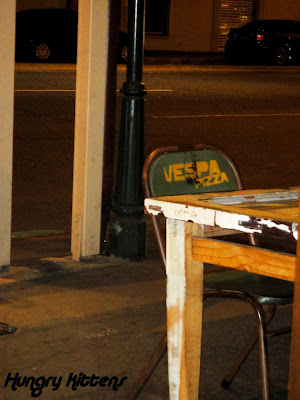 I kept spotting little details that I like. The chairs had Vespa Pizza on them. The outside tables were washed out with a vintage effect.

There was even a wall mural with a map of Brisbane. 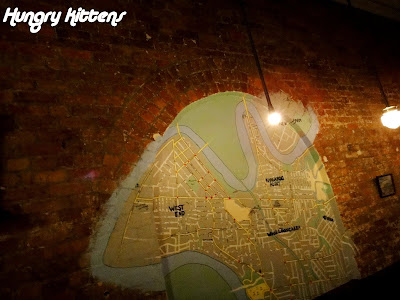 That aside, my hungry self was frustrated at how long it took for someone to bring us a menu. It wouldn't have been THAT annoying if there wasn't a guy working there who kept staring right at us and not acknowledging our existence. I now know that he was probably a pizza deliverer, not a waitstaff but still, you can understand how I could've been annoyed not knowing that fact? 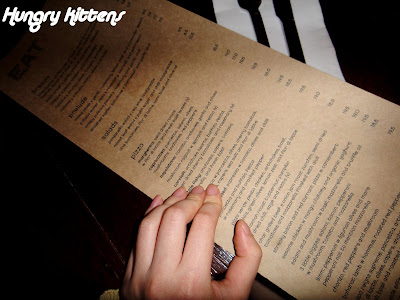 The menus are printed on long slabs of cardboard, which suit the theme of the restaurant. There are a selection of bread starters, sides (including roast potatoes and polenta crisps), salads, pizza of course, and desserts and beverages.

Hien and I chose a pizza and salad to share. I also ordered a coffee (was so tired last night I was barely aware of anything around me) and he got a Limonata. 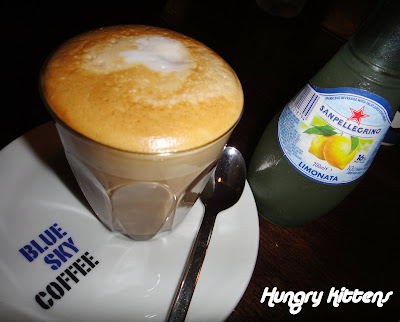 Our drinks came first. No comment on the soda (I don't drink soft drink and besides, it's a product available elsewhere) but the coffee was great. I had chosen a latte and it had a thick cap of steamed milk and a gloriously rich coffee flavor without being too bitter/burnt. 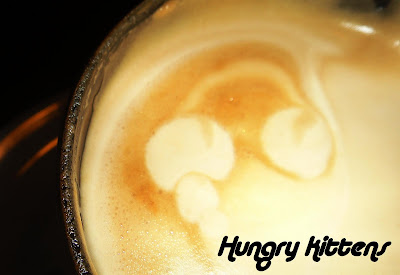 Cool coffee swirl I made; I think it ressembles the Mandelbrot set

The pizza and salad came at the same time and it seemed like it took a while... but again, that could just have been my empty stomach being hasty. 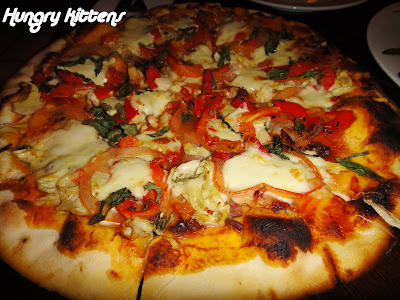 I dug right into the pizza. We'd chosen the Vespa version of supreme. By 'we', I mean 'me'. I didn't even read the whole selection, I just went for the one that sounded most bountiful. Did I mention I was really hungry? 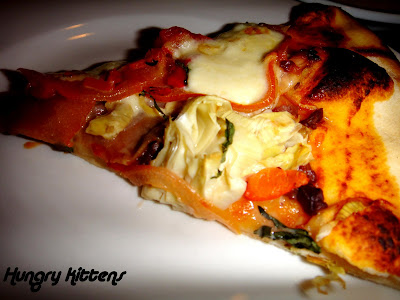 The pizza had a very interesting flavor (I think it's the artichokes). For something that had capers AND anchovies, it wasn't torturously salty. The crust was lovely and crunchy. I really liked this pizza. 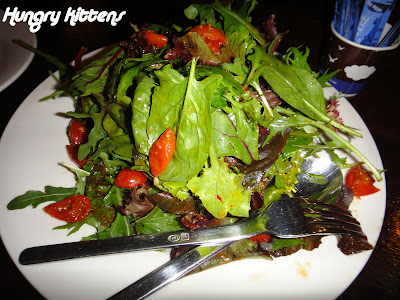 I didn't think much of the salad when it was brought out, besides 'it looks shiny and fresh' but when I tasted it, I changed my mind. It had a beautiful dressing; again, the flavors are hard to describe but I'd say it was a 'smoky' vinegerette. Usually, vinegar-based dressings are nothing but sour and slightly sweet. This one had a nice depth of flavor that made it feel robust for a simple garden salad. The semi-dried cherry tomatoes were delicious too.

Afterwards, I was so impressed with the meal that I kicked calorie caution to the wind and ordered dessert too. Hien chose a spider and I asked for the flourless chocolate cake. 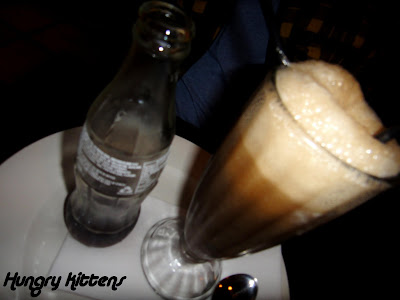 Something about the way the spider is described on the menu makes it sound really alluring. When it came though, we realised we were tricked by marketing. It was just a plain soda spider (Hien's soft drink of choice was coke). Maybe they used 'good' ice-cream? But really, in a spider, that's totally unnecessary. 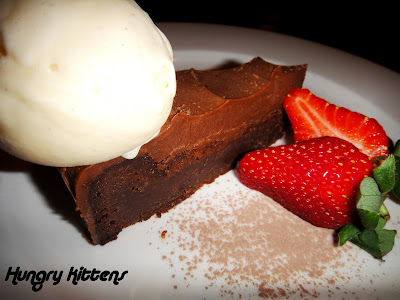 The flourless chocolate cake was rich and absolutely divine. I described it to Hien as a mudcake-textured chocolate bar. It was so dense and intense (woo I rhymed) but also had a great melt-in-the-mouth quality. You really need the ice-cream and cream to cut the richness. The strawberry was a bit pointless because after the sweetness of the cake, it just tasted like nothing.

I had a great time at Vespa. Great pizza. Great salad. Great coffee. Great cake. The spider was meh but probably our own fault for ordering. After the initial delay in service, the waitresses were really friendly. And let's not forget the boutique pizzeria feel, courtesy of good decor.
Labels: Casual Dining, CBD and Surroundings, Dining Out, Favorite Restaurants, Italian Restaurants