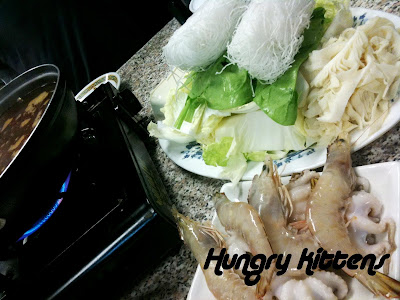 I've blogged Endless Noodles before but that was a long time ago and besides, this is different. I'm allowing myself one repetitive post per dining location. Doesn't it make my chronicles more thorough?

A couple of days ago, it was the first day of Spring. Like a switch it seems, the temperature went up and I'm no longer rustling around the house with trackies, hoodie and uggs on. In my mind at least, hot pot is a fundamentally 'Winter' style of eating.

I've written about hot pot before. I've recreated it myself here. And I went to a hot pot restaurant, The Cube. Sorry if I seem repetitive and waffling but I let to set things straight.

Let me clear up some terminology first. People get very confused between hot pot, clay pot and steam boat. Clay pot is quite easy to get out of the way. Here's a clue: it's anything served in a clay pot. It tends to be just individual serves. 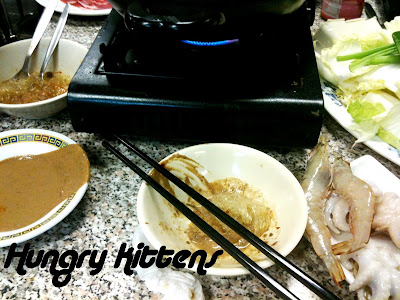 Hot pot seems to be anything in a pot that is kept hot whilst eating. Often, that is by means of an individual gas stove but nowadays, there are some restaurants using an induction cooktop which is way faster, cleaner and safer than gas. Hot pot can be shared or in individual serves.

When I think of 'hot pot', I get more specific than that. Chinese hot pot involves a soup base in a large, shared vessel that is kept hot. People then sit around the table and dip in raw meat, vegetables, fish/meat balls, seafood and so on. These food items are then removed once cooked and dipped in sauce to be consumed. Many people and restaurants refer to this style of eating as 'steamboat' even though the literal Chinese translation is 'hot pot'. 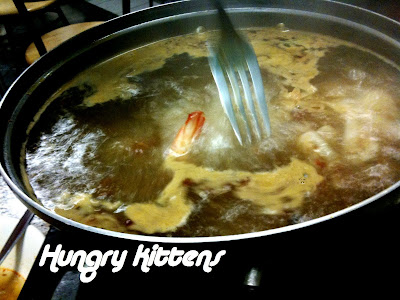 You can probably see now from my description why it's idea for Winter and ideal for large groups. There's something very warming, 'family', communal and rustic about sitting around sharing food over a bubbling pot of soup. 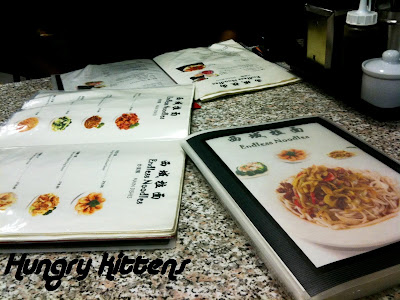 Hien was in the mood for hot pot and we knew Endless Noodle had it. After the relatively long drive there, we were quite famished and excited about the meal to come.

Between the 3 of us, we ordered the spicy hot pot for 2, reasoning that if we needed to get more meat, that could be added on later. We also picked a hot dish.

The hot pot was set up right away. It came initially as a large vat of chili soup on an individual gas stove. After tasting a tiny bit with his chopstick, Byron went into a spasm of coughs and warned us to avoid the layer of chili oil. Hien tried a portion that wasn't covered in red and spluttered a bit before saying 'that parts not too bad'.

I didn't go for a taste. I was scared. 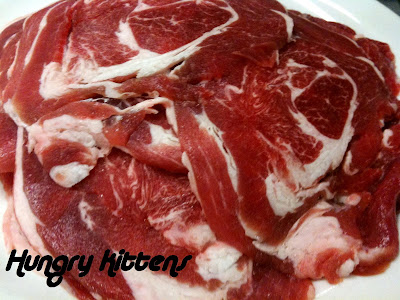 The hot pot came with a platter of wombok, vermicelli, tripe (odd?) and tofu, a plate of sliced lamb and a plate of seafood (aka prawns and baby octopus).

There were also 2 dishes of sauce provided. It tasted like a sesame paste sauce. 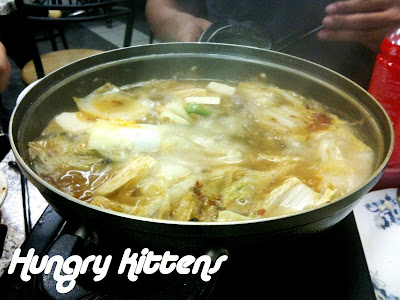 Hot pot bubbling and in action

From there it was free flowing... dipping and retrieving what we wished to eat.

At some point, there didn't seem to be enough meat but once our dish arrived, those thoughts were chased. 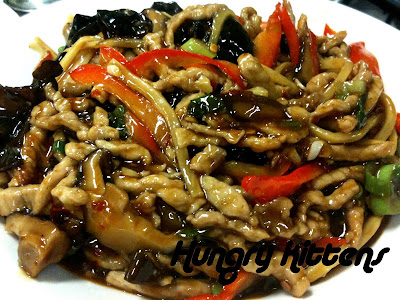 Byron had picked the dish: he remembers it being called chicken chili. I'm questioning his recollection because I'm not sure it was chicken. In any case it looked gorgeous on the plate... glistening, colorful and plentiful. I really liked the flavor, which was a cross between sweet and sour and hot chili. The chicken (or was it) was tender and there was a nice crunch from the capsicum and bamboo. 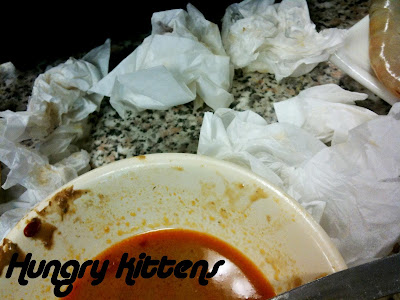 We ended up being very full. If you're wondering how we went with the spice, it wasn't that bad with meat and veg diluting it. I like to mix the soup with the sauce and drink that :D. Hot pot encourages creativity.
Labels: Asian Restaurants, Casual Dining, Dining Out, Southern Suburbs