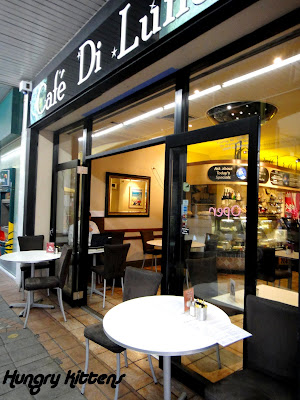 This might sound a bit silly but the only reason we stopped here to get a coffee and snacks was because I thought it was too early for dinner. Does anyone else ever do that? At home I don't mind but when I'm out, I feel weird sitting down for a proper meal any time before 5pm. 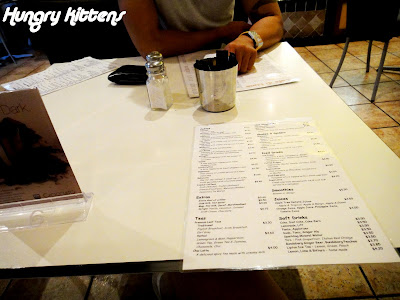 I did a quick search on my own blog and found that Cafe Di Luna had been blogged about for their scones. Ok fair enough but chips are very different so between the 2 posts, I might have captured a slight representation of the snack offerings at this cafe. 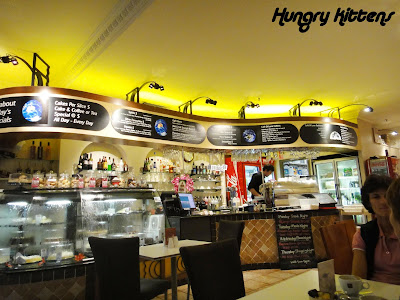 Café Li Duna is has a large inside and outside dining space. There are plenty of food and cake options but because we were planning to have dinner not long after, we stuck to the small things. 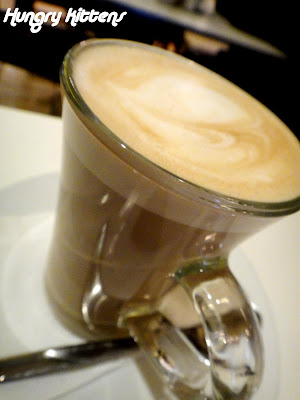 I ordered a latte. It was quite bitter but not unpleasant. Not a great latte but it’s still passable, as long as you’re not insane about your coffee. 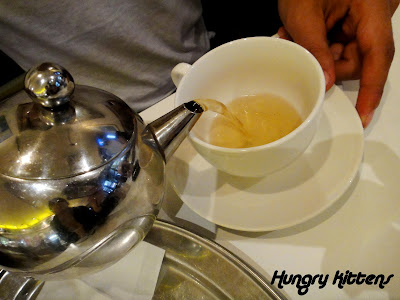 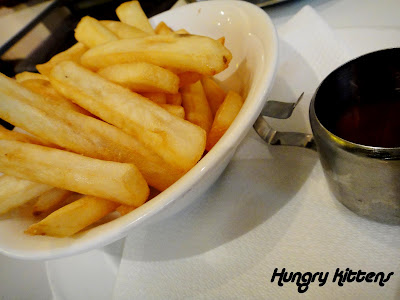 He also ordered a bowl of chips because he was very hungry (I was the one who insisted on waiting till dinnertime). Hien actually wanted to order the fettuccine carbonara but I thought this was ridiculous if he was to eat again in an hour. Yes, I realize I sound like his mother. The chips were titled ‘golden chips’ and they were indeed golden. Served with a small dish of tomato sauce, they are everything you want from café chips. Hot, golden and crunchy. They were cooked throughout with no sign of sogginess. I wasn’t going to have any but… I had a few. It’s against human nature to resist good chips.

It was pretty quiet at the time we went. The service was friendly and efficient. I think it’s a nice place to sit and chat. One of these days I’ll go and try their actual food.
Labels: Cafe and Bistro Dining, Casual Dining, Dining Out, Southern Suburbs