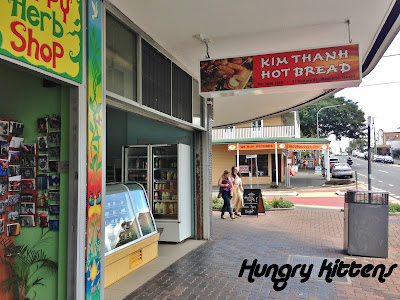 I've been losing my mind over banhi mi and the only cure seems to be... more banh mi. Having said that, it doesn't eliminate my craving, it simply makes me want MORE BANH MI. 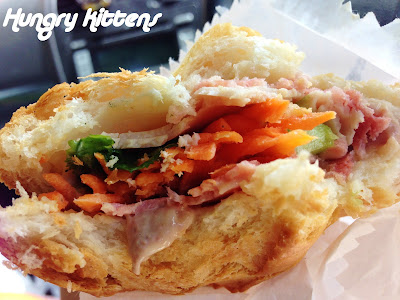 Ever since my first taste of this seemingly simplistic Vietnamese pork roll from The Roll Shop in the city, I've been wanting more. My dedication to my blog detracts me from sampling the same location more than once within a short time span so the best solution was to stick to my plan of eating banh mi... but researching other locations. I was going to try some other venues in the city but the Queen Street Mall gunman incident happened exactly when I was planning to have lunch so I had to pull over at West End and rethink my plans. Luckily, there happens to be just a spot in West End that is reknowned for their banh mi. 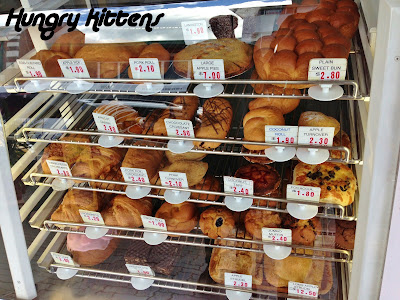 I had read that Kim Than bakery supplied banh mi on a website that I found when I typed "Brisbane's best banh mi" into Google (told you I was obsessed). That was a while ago and it was only when I stopped at West End last week that I realized Kim Than bakery was one I had walked past several times. It clicked and I put 2 and 2 together. The reason why it took so long is that at first glance, the bakery doesn't SEEM like it would have what I was looking for. I had actually been a patron their once before but I couldn't find anything suitable for breakfast at the time so I settled on buying a bottle of water. I know that banh mi is typically sold in authentic Vietnamese bakeries but as I don't often have access to Vietnamese bakeries, this fact went over my head.

The bakery is small and appears to be just another bakery (I suppose in a way it is) with a variety of breads, glazed bread rolls, sweets and cakes for sale. None of these items appeal to me, which is why I couldn't find anything I liked for breakfast. This time, I kept my eye out for any mention of banh mi and although there aren't any signs of it in the display cabinet, there was a poster with a photo of it and a description of "pork and salad roll". I pointed to that and eagerly waited as the counter girl made one up fresh for me.

I had planned to eat there but once I got there, I realized there was no 'there' to sit. I took my banh mi back to my car, impatience gathering with each step. 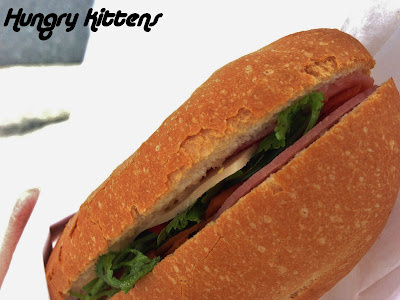 The pork and salad roll was delicious. The bread was a standard crusty white roll and the protein in the filling was a type of pork loaf (i.e. reconstituted pork meat). There was also a generous amount of pickled carrot, fresh coriander, hot chili sauce (which was optional) and some kind of pate. It was a delicious combination of flavors and textures. Compared to The Roll Shop, I would say that the sauces were more flavorsome and in particular, I really dug that pate stuff, but I would prefer the crispy pork meat to the pork loaf. Both is good though. I was prepared to cast away my 'no repeat' rule and get banh mi there again 2 days later. Circumstances didn't allow but that's not to say I won't be going back this week...