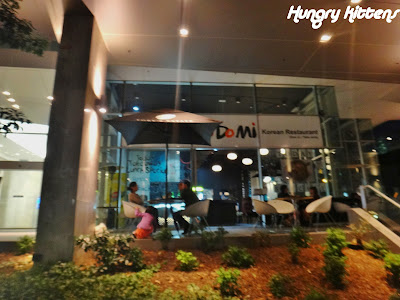 Sometimes it is the most accessible restaurants that elude you because you simply forget they exist. I was very pleased when one evening, I was in the mood for something meaty but too lazy to travel for it and remembered a local Korean restaurant we hadn't yet tried. Korean BBQ instantly sprang to mind. 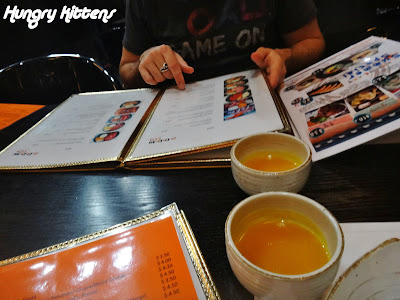 DoDoMi is located in a big corporate-looking building so you probably wouldn't think to go there unless you've walked past several times before and peered in or you Googled the place first. I had only seen it from the outside and expected it to be smallish, maybe like an eatery. The restaurant turned out to be fairly large and spacious.


The menu contains lots of classic Korean dishes, stone bowls, rice, spicy stir-fries, hotpot and BBQ. Korean BBQ was exactly what I was in the mood for so we went for that, plus a couple of starters that were on special. 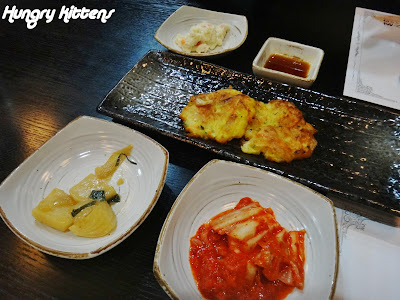 Appetizers and complimentary mini pancakes for being awesome :)

Several plates of appetizers were brought out for us. Not being a big fan of kim chi, the little pasta salad was my favorite of the lot. These are all fairly standard for Korean restaurants but our bonus was the pancakes. We were starving and wolfed these down. Yummo. 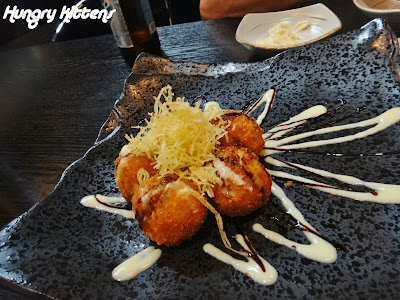 My pick from the menu was the cheese croquettes. They were crumbed and crunchy golden on the outside with an oozy, molten, creamy cheese filling. Add a drizzle of BBQ sauce and mayonnaise and what's not to like? The ultimate guilty snack food. I loved these. They were so delicious. 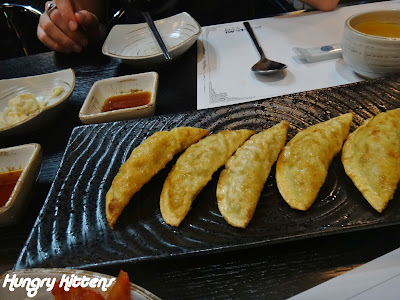 Marc really liked the vegetarian gyoza, which is a notable fact because he rarely likes vegetarian anything. He commented that they were very 'juicy' but I have a feeling that he can't distinguish the difference between juicy and oily. 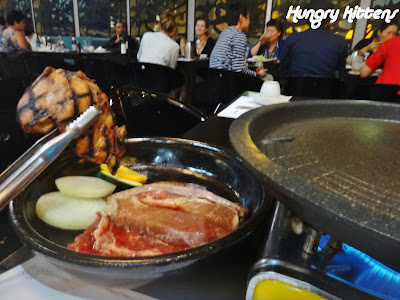 The rest of our meal comprised of the BBQ itself, which was the DIY variety. Our plate of 'raw' food included beef, chicken and onion rings. I say 'raw' because Marc picked up a piece of chicken with obvious grill marks and pointed out that that couldn't possibly be uncooked. 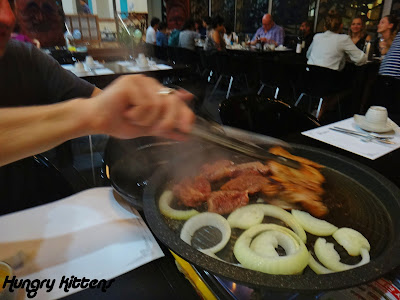 We got a bit silly by this point and my blurry photos reflect that but I assure you the meat was delicious. They were marinated in a nice blend of sweet soy and garlic and very tender and full of flavor.

Marc and I had great fun at DoDoMi. I'm not often in the mood for Korean food but when the mood strikes, it's dominating, so it's nice to know we don't have to walk all the way to the city for a fix. The staff were really friendly and service was fast. The food was tasty too.