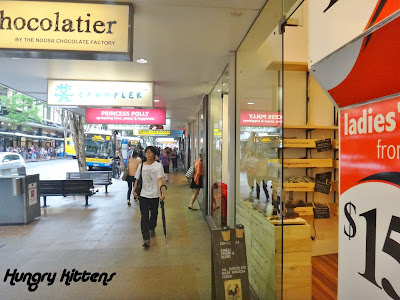 What happens when you give a girl 4 hours to kill in the city?  I spent a good chunk of time indulging in a whole body massage (the guys at Massage Philosophy, Myer Centre are THE BEST) and then proceeded to shop, before finally stopping for coffee and chocolates. I could not even think up a more awesome way to spend my day off (besides throwing some booze into the mix, which happened later on in the night). I had noticed The Dark Chocolatier on my wanderings around Brisbane and took up the opportunity to try it. It's a store that mostly sells variety chocolate by weight but also does coffee. The shop stocks chocolate by the Noosa Chocolate Factory, which specialises in coated chocolates. I perched up on their long bench and ordered a latte and their chocolate tasting platter. 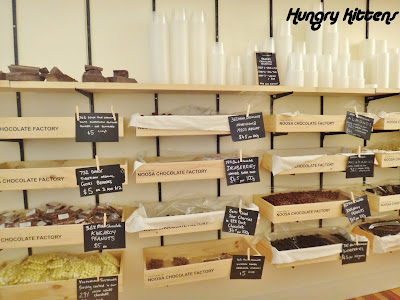 Even though this is very obviously a shop, I felt as relaxed as if I were in a cafe. There were plenty of people who came in to have a look at the chocolates but it didn't feel rushed or crowded at any point. 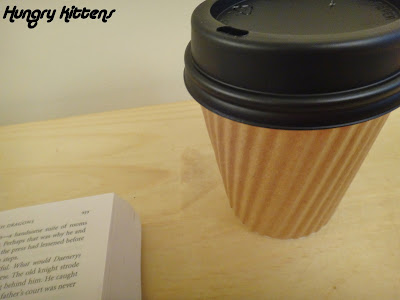 I had no preconceived notion of what a chocolate tasting platter would be but when it was served, I literally gasped "wow" because it was so massive! A big stone slab was placed in front of me with an assortment of chocolates.  Marc had just finished work around then and I messaged him a photo of the chocolate with a caption of "Hurry! I need help with this". 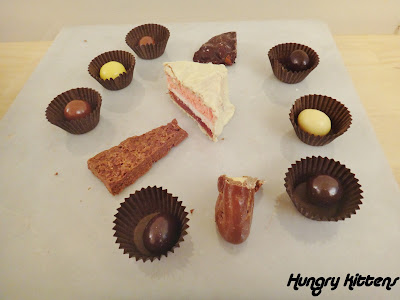 I nibbled on a few pieces of chocolate while I was waiting. The little balls were either white, milk or dark and had different fillings. Being a nut enthusiast, I liked the ones with nutty fillings. The pink marshmallowy chocolate was so soft and fluffy.

As I was working my way through the chocolates, I became very grateful for my cup of coffee! The counter girl was really thoughful and brought me out a bottle of water to have with my chocolate, predicting that I would be overdosed in sugar by at least half way through. The water was a lifesaver at the end but I also thought the coffee and chocolate was a great combination.

I thought The Dark Chocolatier is a nice little chocolate shop and coffee stop. Whilst a chocolate tasting platter might be overkill for one person, it's a good way to try what they have on offer.