Bread and Meat Co for Lunch 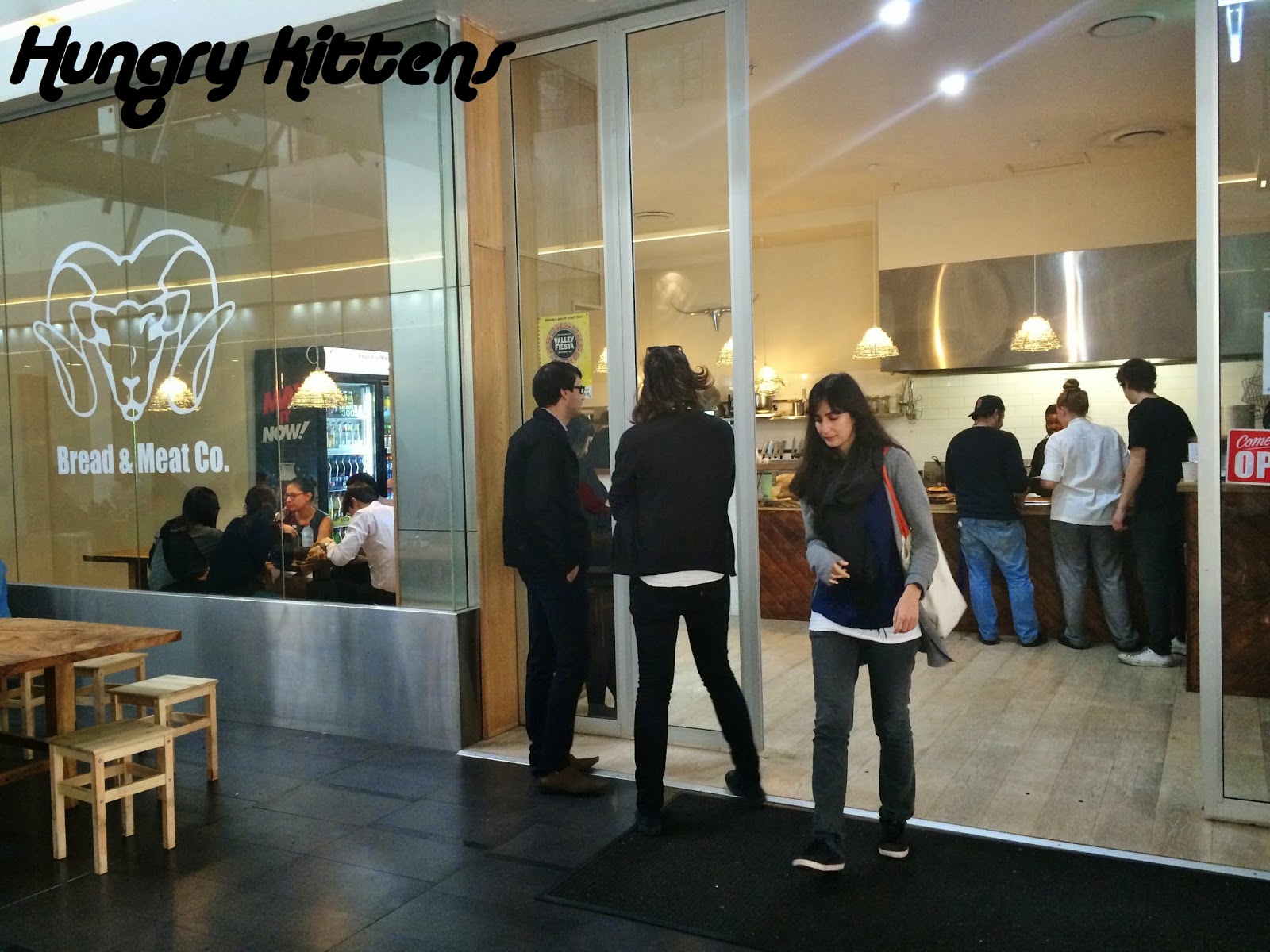 Just a short background story to start with... Like most girls, I yoyo through diets and struggle between trying to maintain my weight and indulging in delicious foods. It's definitely an uphill battle and on the whole, I think I'm losing. When I try to be really 'good' I aim for low to no carbs and for me, no rice, no pasta and no noodles is pretty easy. What fails me is BREAD. I love bread. We've all thought of what one food item we would eat if we were stuck on an island. For me, it would be bread. I don't need it toasted. I don't need spreads. I don't need fillings. I can just eat bread on its own. 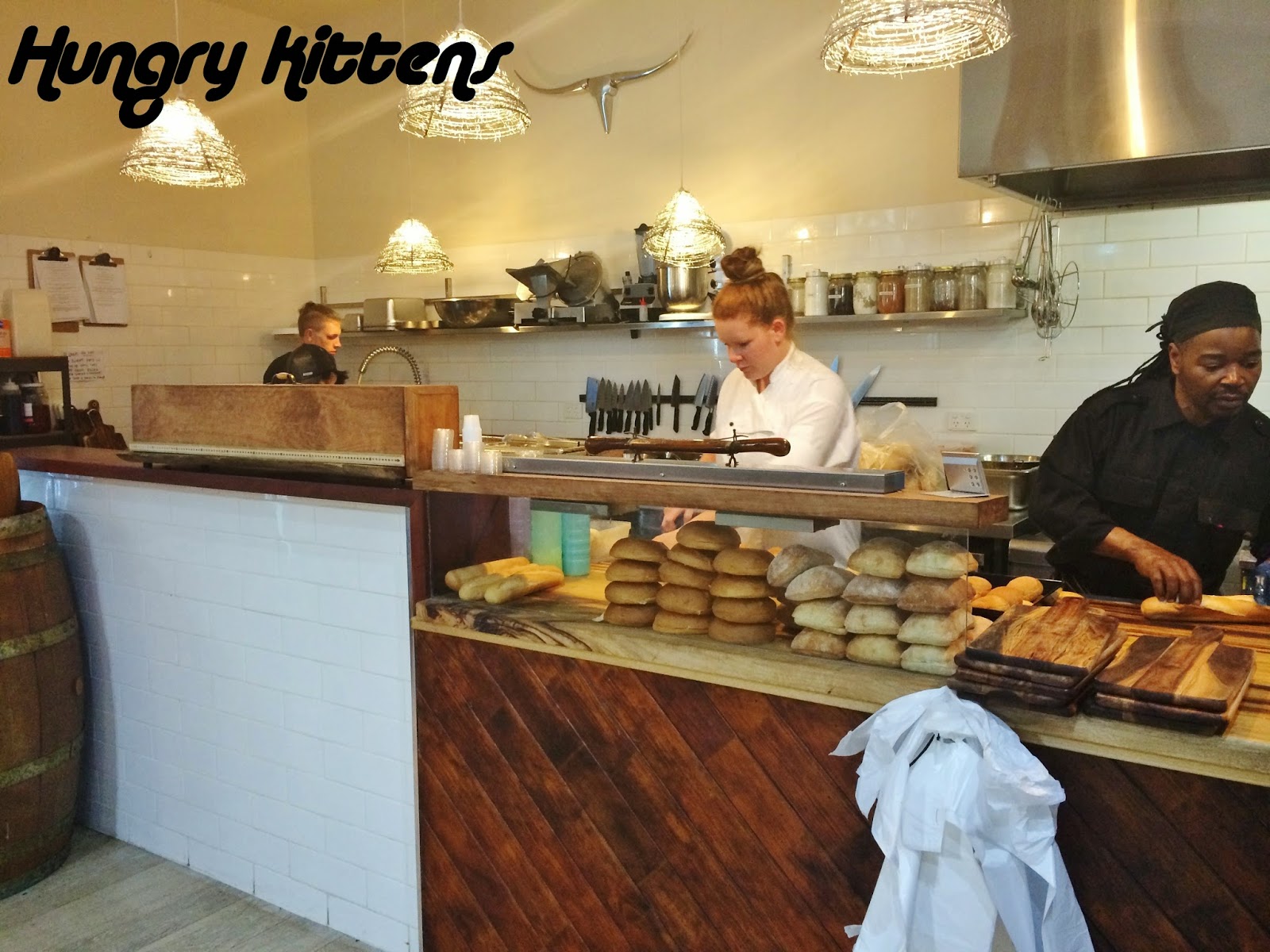 It should come as no surprise then that 'Bread and Meat Co' had me at its name. As soon as I heard about this establishment, I was intrigued. When I read their menu online, I discovered that they focus on making only three main menu items but doing them really well. That style of menu is somewhat of a new attraction for me because I'd rather be less confused with options and given food that's executed to perfection. 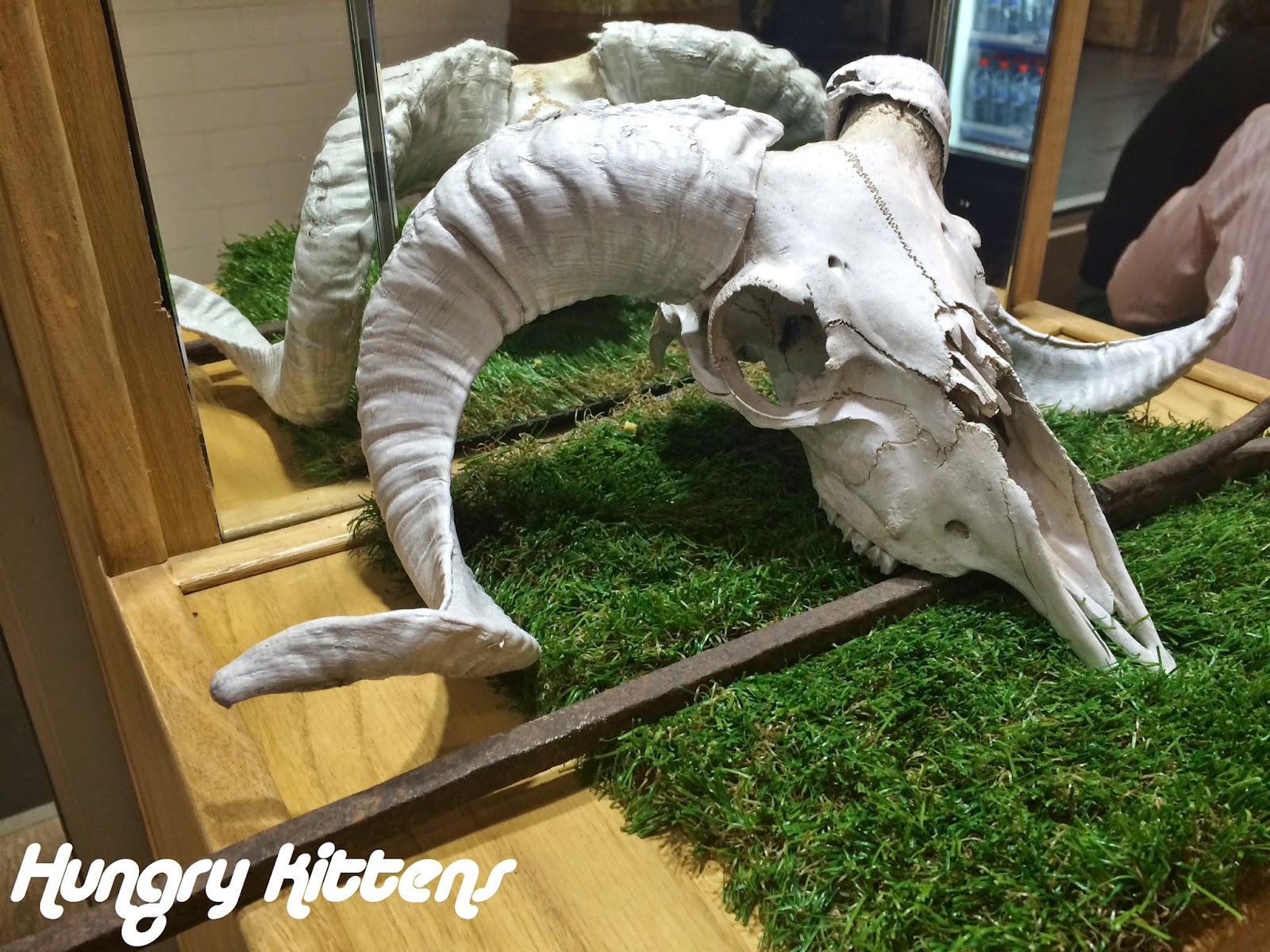 I arranged to go with Jenny a while back but wet weather on the day brought out the laziness in me so I opted to stay in bed instead. I tried to find it another time with Hien but didn't read the address properly and ended up at Fat Dumpling instead. I finally managed to make it there for lunch last Friday.

Just so you don't get misdirected like I was, Bread and Meat Co is located inside the TCB building. There wasn't a huge queue when we were there, rather just a steady flow of customers, most ordering takeaway meals. That's not a bad idea because there's not much in the way of seating space and what is there is competitive. 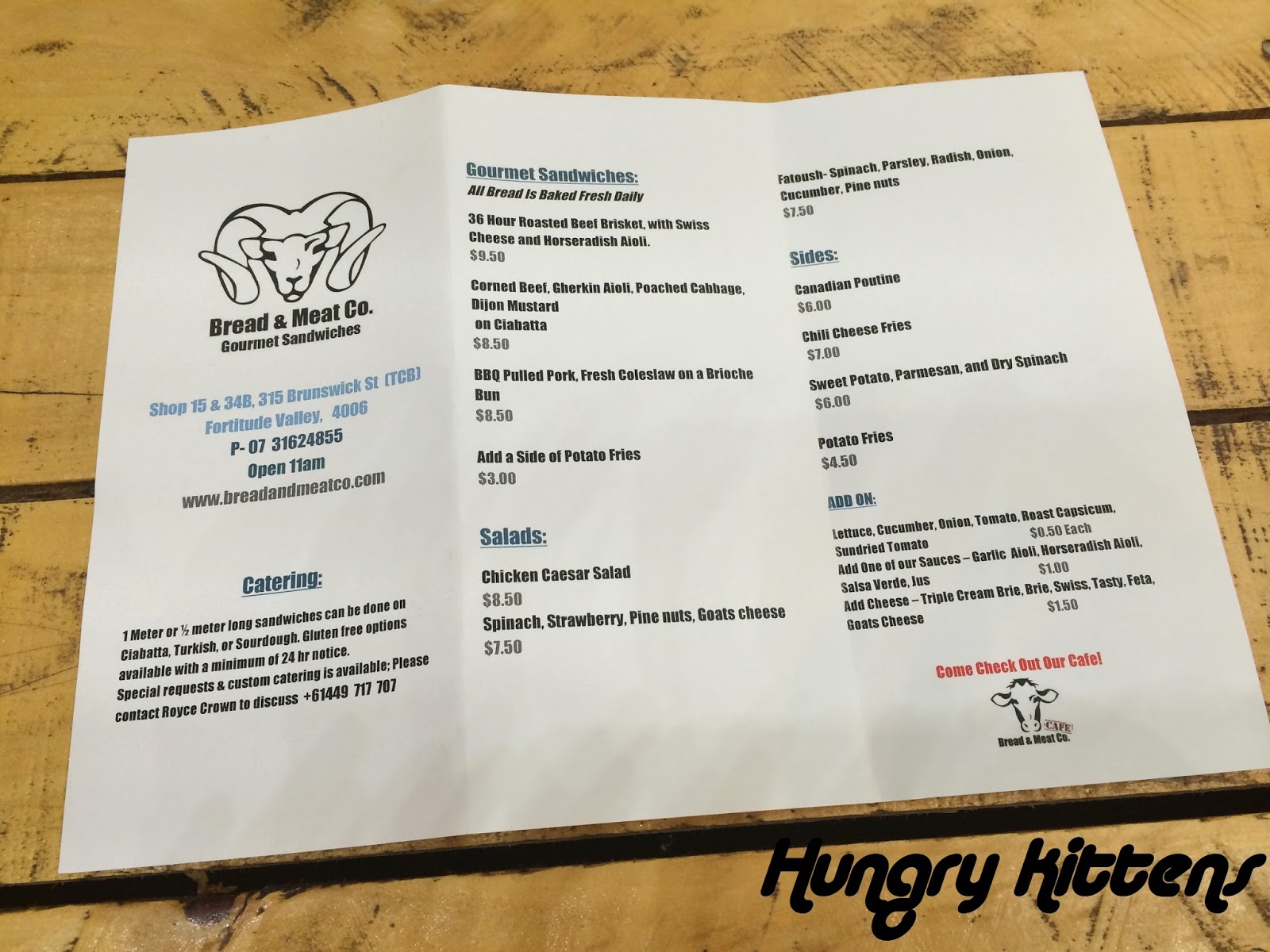 The three main offerings at Bread and Meat Co are a pulled pork sandwich, corned beef sandwich and slow cooked beef brisket sandwich with dipping sauce. There is also an assortment of tasty sides to choose from, as well as a section of fresh salad if your senses have left you and for whatever reason you decide to order salad at a place called 'Bread and Meat Co'. 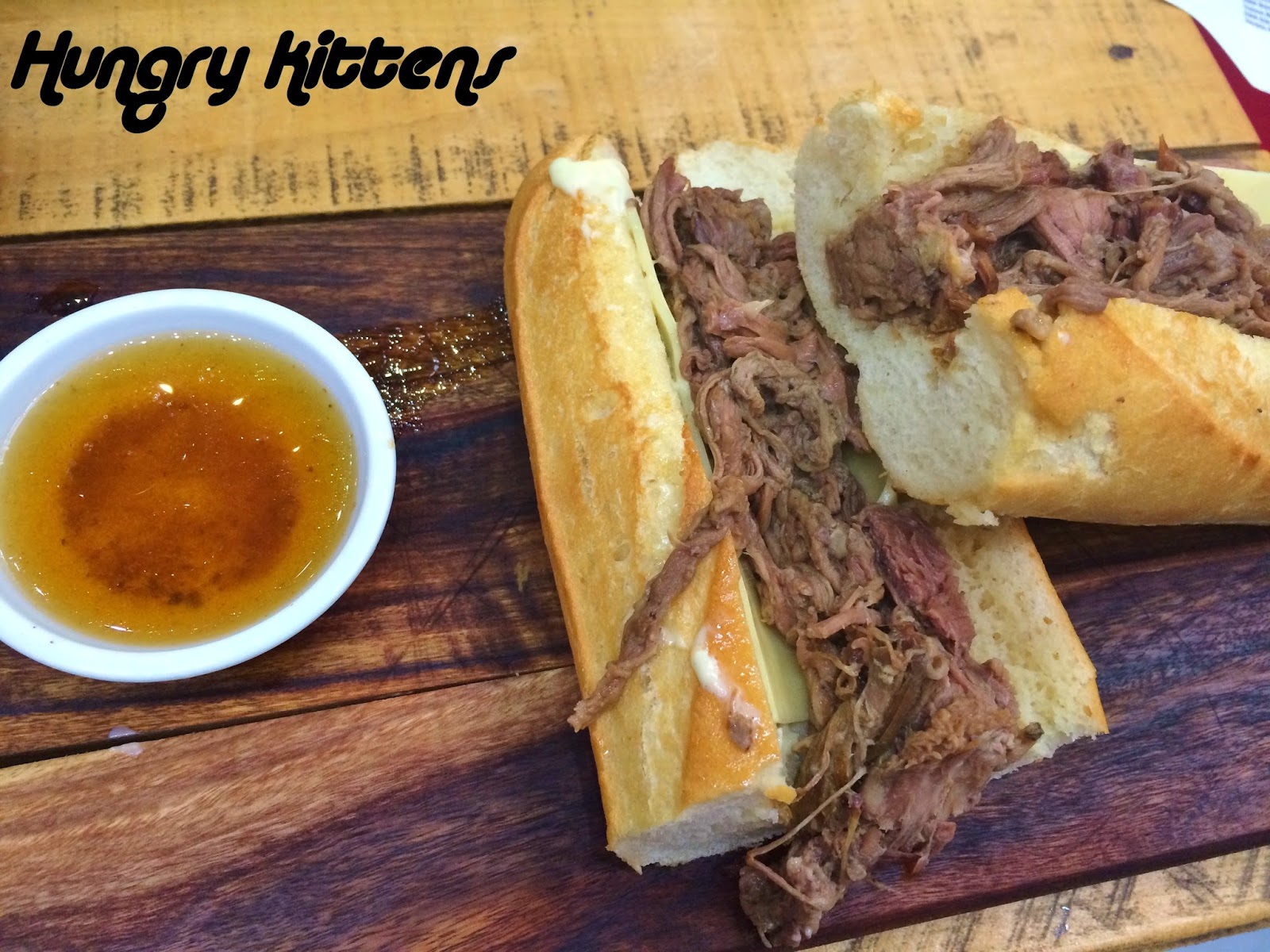 Beef brisket dip - 36 hour roasted beef brisket topped with swiss cheese, horseradish aioli and a side of jus for dipping

Jenny and I chose a sandwich and side each. Mine was the beef brisket and sweet potato fries. The beef brisket arrived in two subs. The meat itself was very tender and I liked that the bread wasn't too chewy. There's a science to filling a sandwich correctly because all the elements need to be able to be chomped down with the same degree of ease. There's nothing worst than trying to eat a sandwich or burger and ending up with a stubborn piece of sinewy meat dangling from your teeth. This beef brisket sub had so just dramas. Even without the dipping sauce, it was juicy and full of flavour. When I read 'dipping sauce' I automatically think of something thick and dollopy like aioli. This was a fine jus with a broth-like consistency. It moistened and added further flavour to the brisket, especially as it got soaked into the meat. 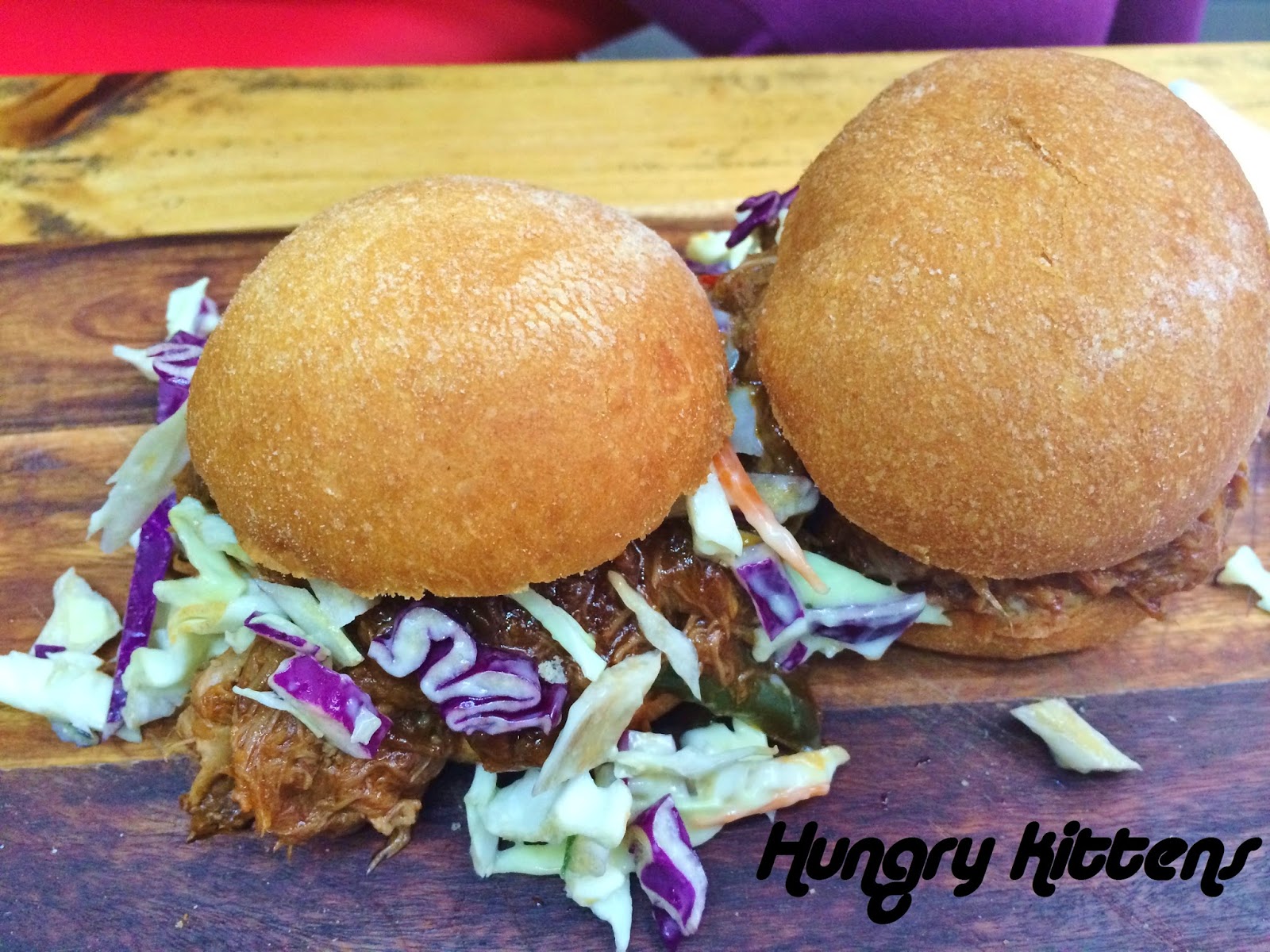 Jenny's pulled pork arrived in two little sliders. They were messy to eat so if you're like me and always end up with food on your clothing, you must proceed with caution! Pulled pork is the new It Food of 2014 and in my opinion, this is for good reason. It's so yummy. I tried a bit and it was as tender as my beef but with a lovely sweet marinade that goes so well with smoked pork. I liked that the sandwiches at Bread and Meat Co were presented in 2 smaller individual servings. This makes them easier to share.

I was just as excited about our sides; with descriptions like 'sweet potato fries with grated parmesan cheese and garlic aioli' and 'crispy chips with texas chili and a blend of cheeses', who could blame me? 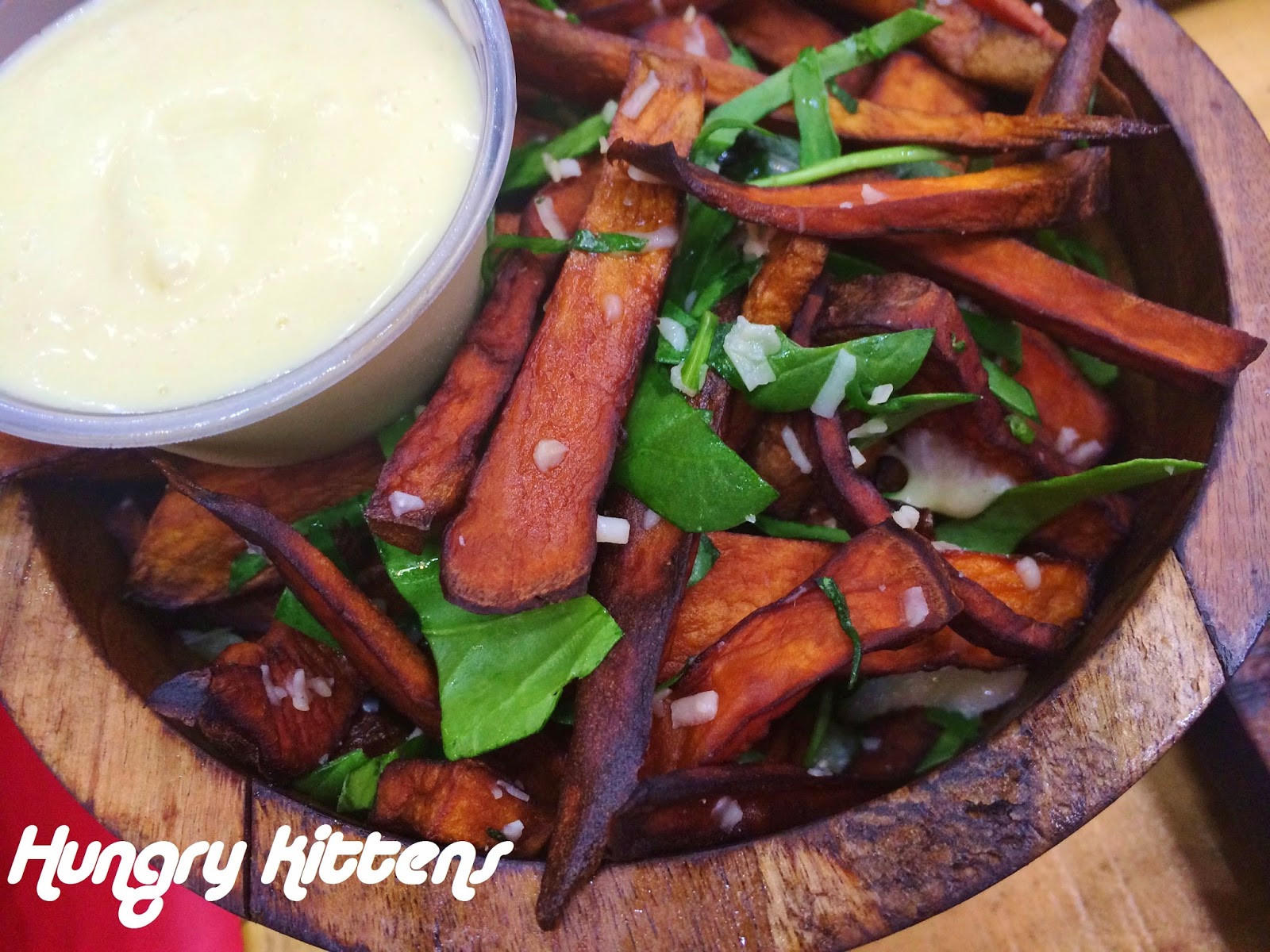 On first observation, the servings were huge. We could have gotten away with sharing one side but then we would have only got to try one. I liked the flavours in my sweet potato fries. I ordered them not only because I'm a sweet potato fiend but because I convince myself that's the healthier option. Jenny and I worked out that this probably IS quite healthy because the fries look baked rather than fried? On the downside, this gave them a rather soggy feel. 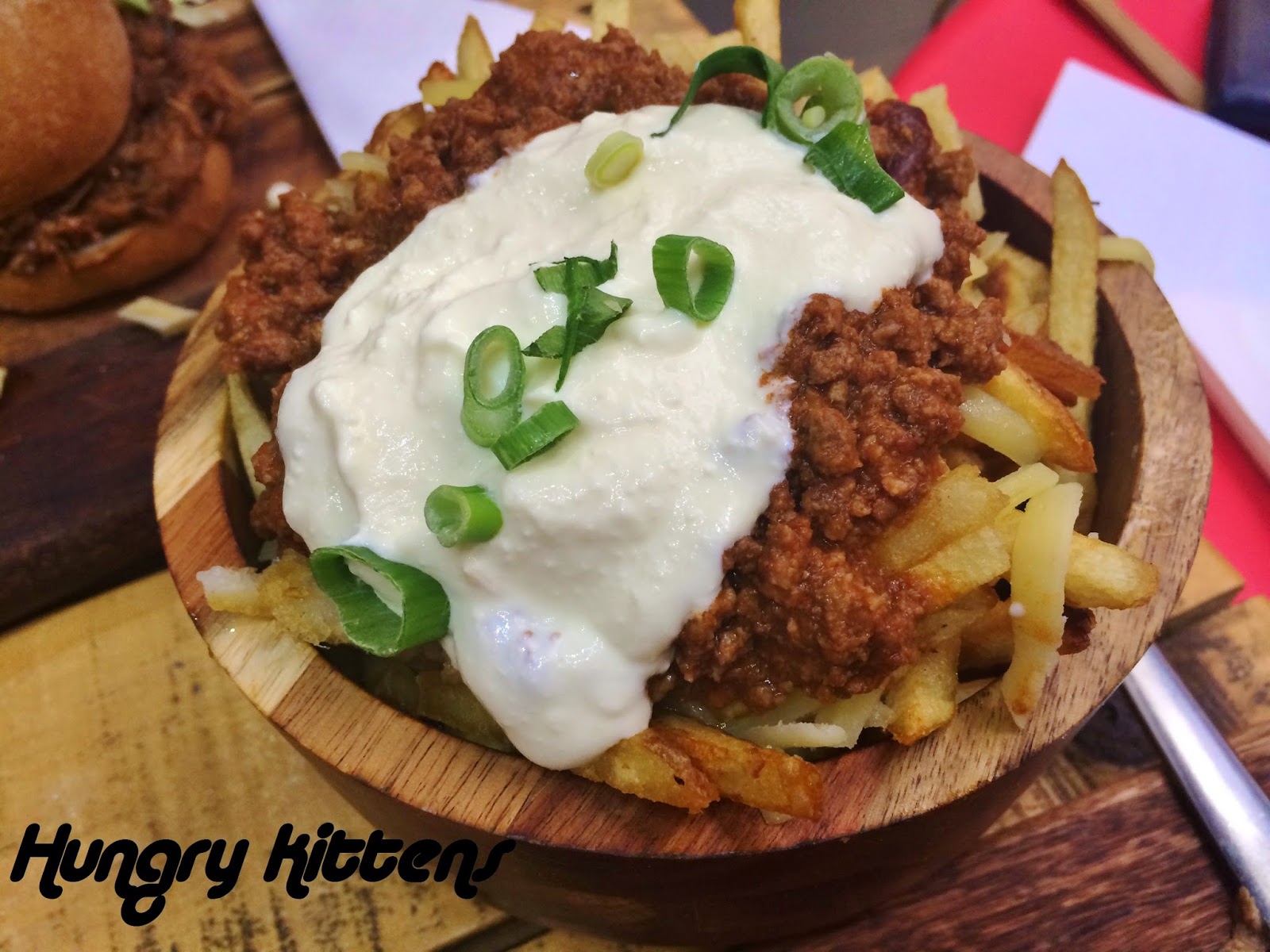 Jenny's chili cheese fries were definitely crunchy. Each fry was a different size, giving it that handcut authenticity. The toppings were good too. If I go back, I think I would order this or try the poutine. 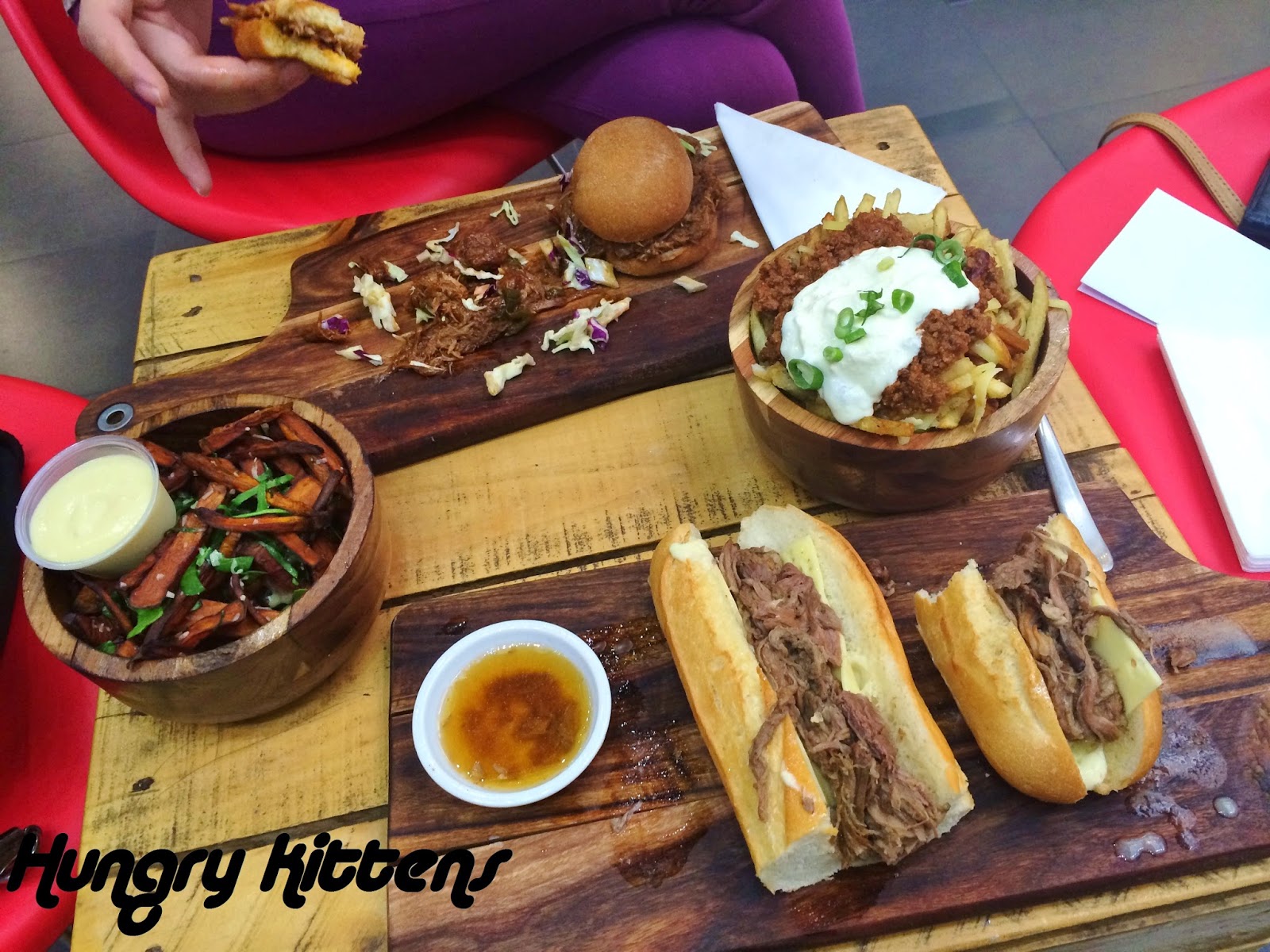 Bread and Meat Co is a great addition to the Brisbane food scene. It dances between fast food and boutique by offering gourmet sandwiches quickly. I love that. The food is filling, inexpensive and super tasty. I'll make a special note of one particular waitstaff who was so kind, he asked us how our meals even though he had finished his shift and was on his way out. It just made for an overall wonderful experience.