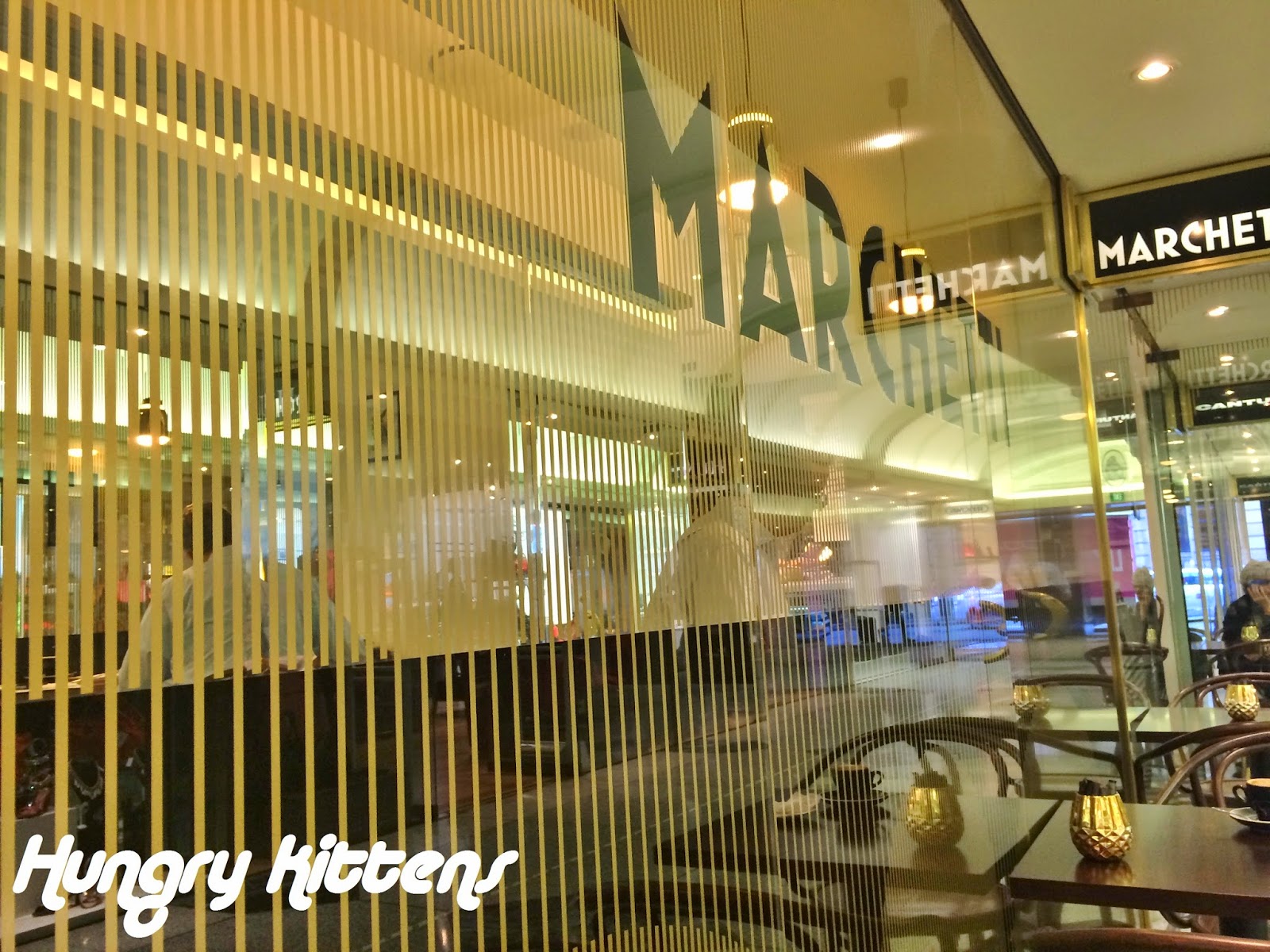 Because I'm Miss Lazybum (Marc thinks that should be my new name), I have to bribe myself out of the house with little treats. I am basically a child. I was heading back into town for an oral surgeon review so I made an excursion out of it. In my mind, no excursion is complete without a food outing. 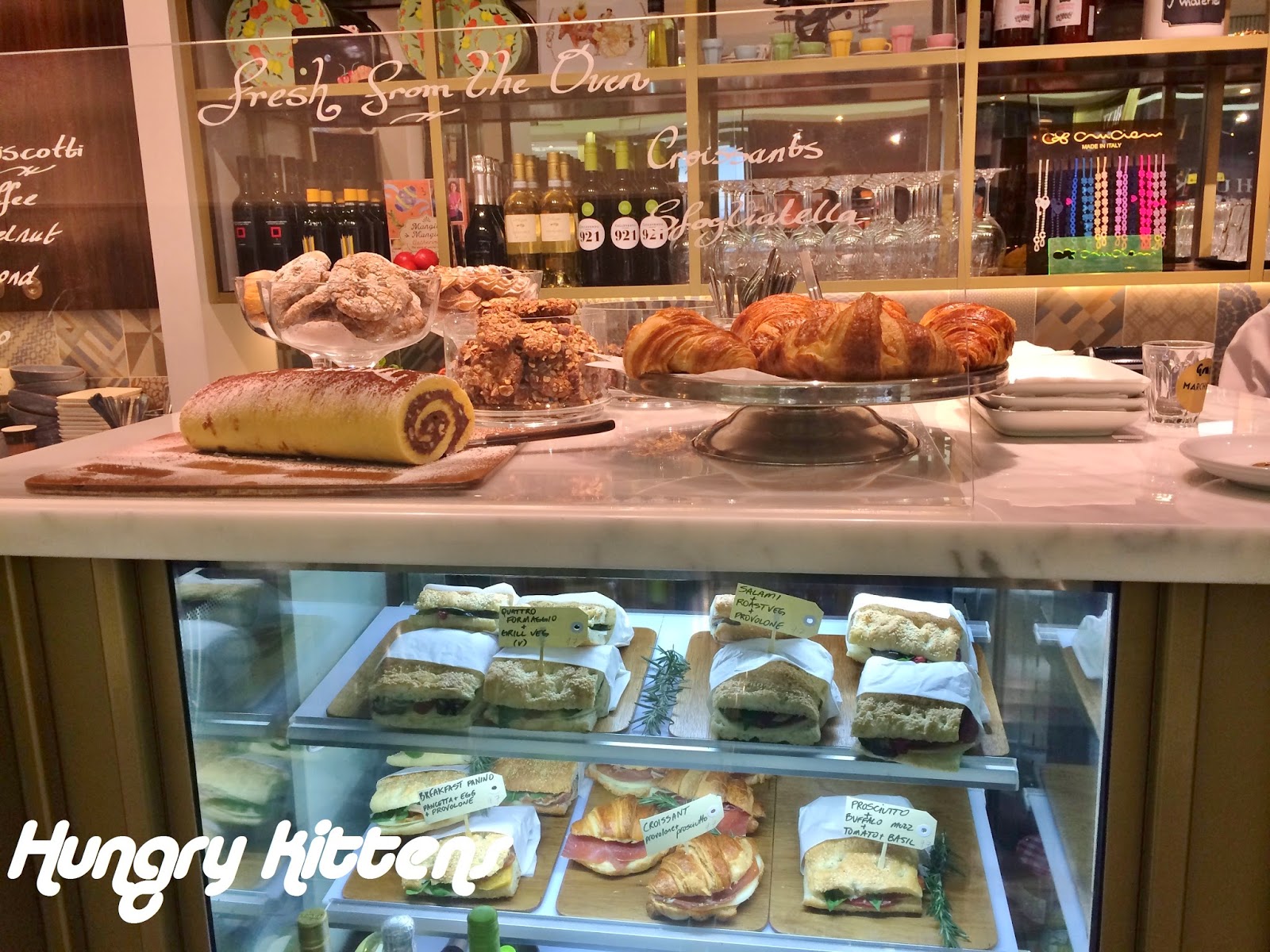 I refresh Instagram every 5 minutes these days so most of my cravings comes from that. I saw a photo uploaded by @Dolcebunnie (blog here) featuring some pastries from an Italian cafe in the city. I recognised one, the sfogliatelle, which is from Naples. I actually learnt that travelling through Naples and of course, I had my first taste there. I was really curious to see what a Brisbane version would taste like.

I've had a bad run of not being able to find things recently and as I wandered around town, I was starting to think I wouldn't be able to find Marchetti Cafe either. None of these places are actually hard to find, I'm just really stubborn and I don't like to look it up because I feel like it's 'cheating'.

In the end, I had to cheat and I realised I was looking in Wintergarden instead of Tattersalls Arcade, where the cafe is actually located. I got there in the end. It was nice and peaceful, which was a relief since it was the midday rush hour. I feel almost intimidated eating in the city between noon-2pm because everywhere is crowded with busy-looking people. Marchetti didn't have that vibe and it was tucked away in the arcade, safe from the Mall pedestrian traffic. 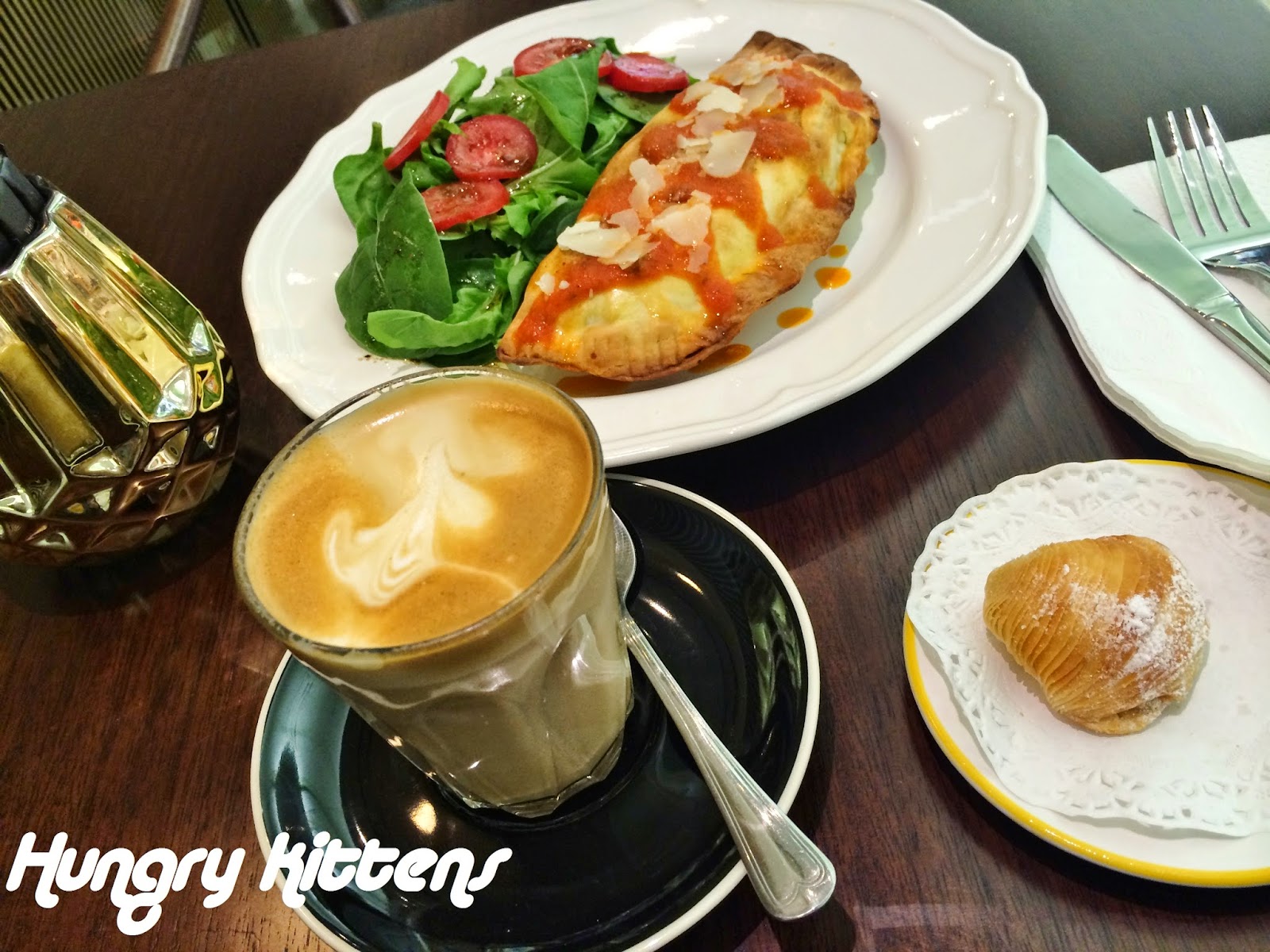 There is an eye-catching pastry display. I was only going to get my pastry and a coffee but I heard myself ask for a calzone at the last minute so I guess, I had subconciously decided to eat lunch there too. 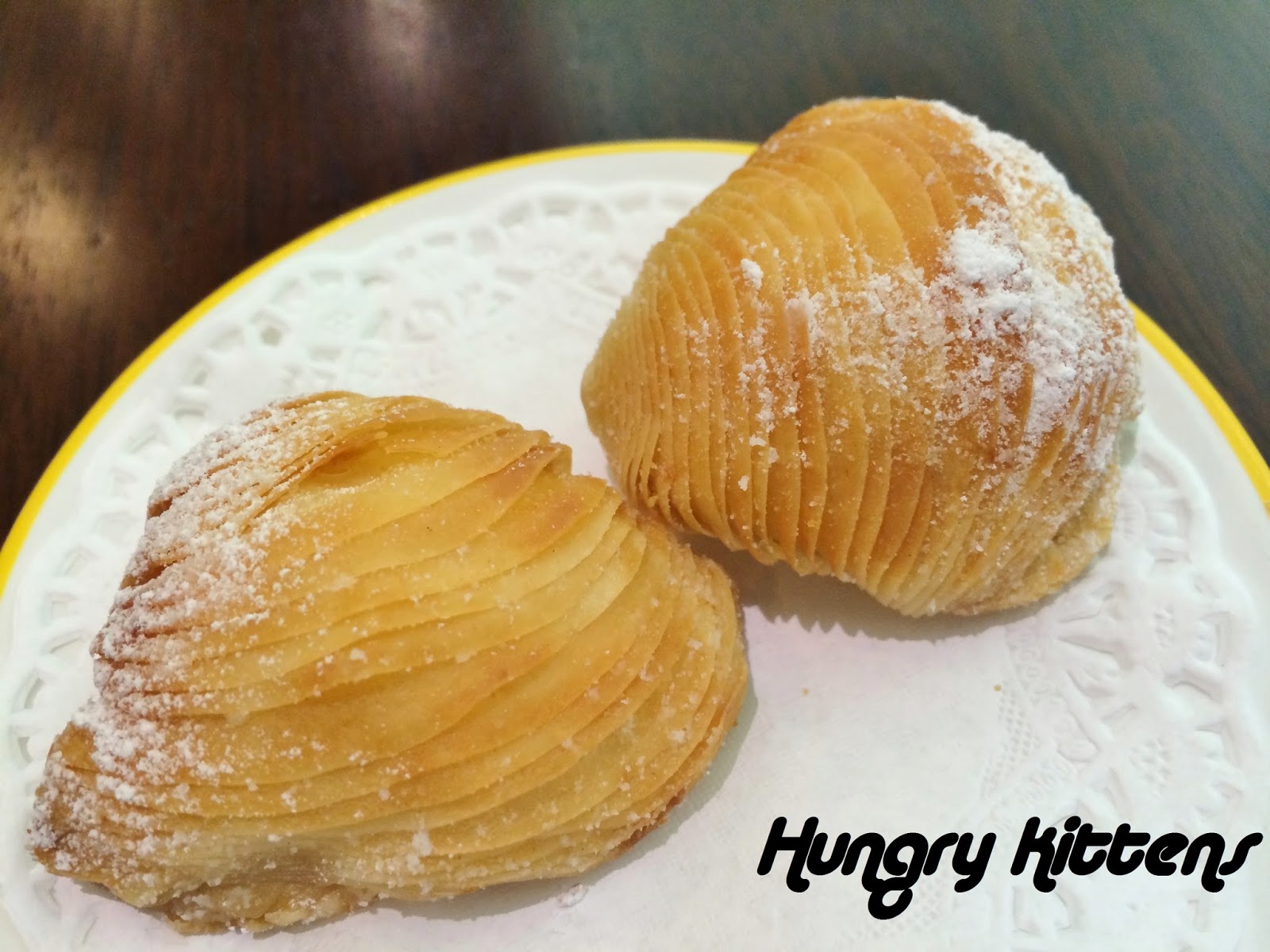 My sfogliatelle were smaller than the ones I had in Naples but no less layered. It's signature is the crust of fine layers and the filling is creamy and lemony. I enjoyed it but I found the whole thing a bit hard to bite on (disclaimer: I have just had jaw surgery so I might not be the best to judge). I know that the outer shell is the main feature of the sfogliatelle but I really like the filling too. A bigger filling to shell ratio would have been a better balance so maybe if they were just a tad larger... 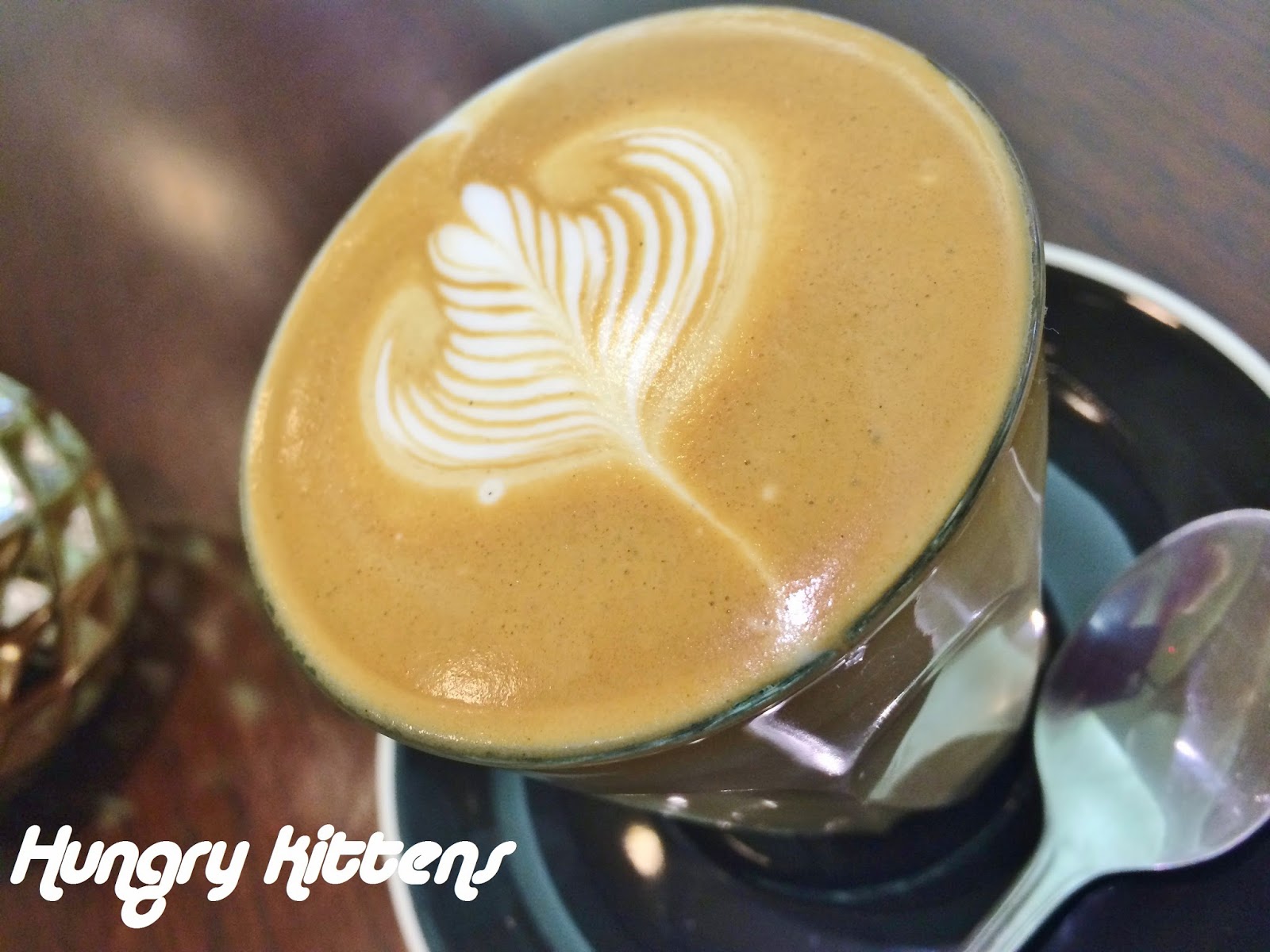 My coffee was great. I can't have pastry without coffee, nor do I recommend anyone try it. It's so nice to have the bitterness of coffee to balance any sugary morsel. I also feel sophisticated with this combination, like I'm a classy lady in Paris. I can pretend anyway. 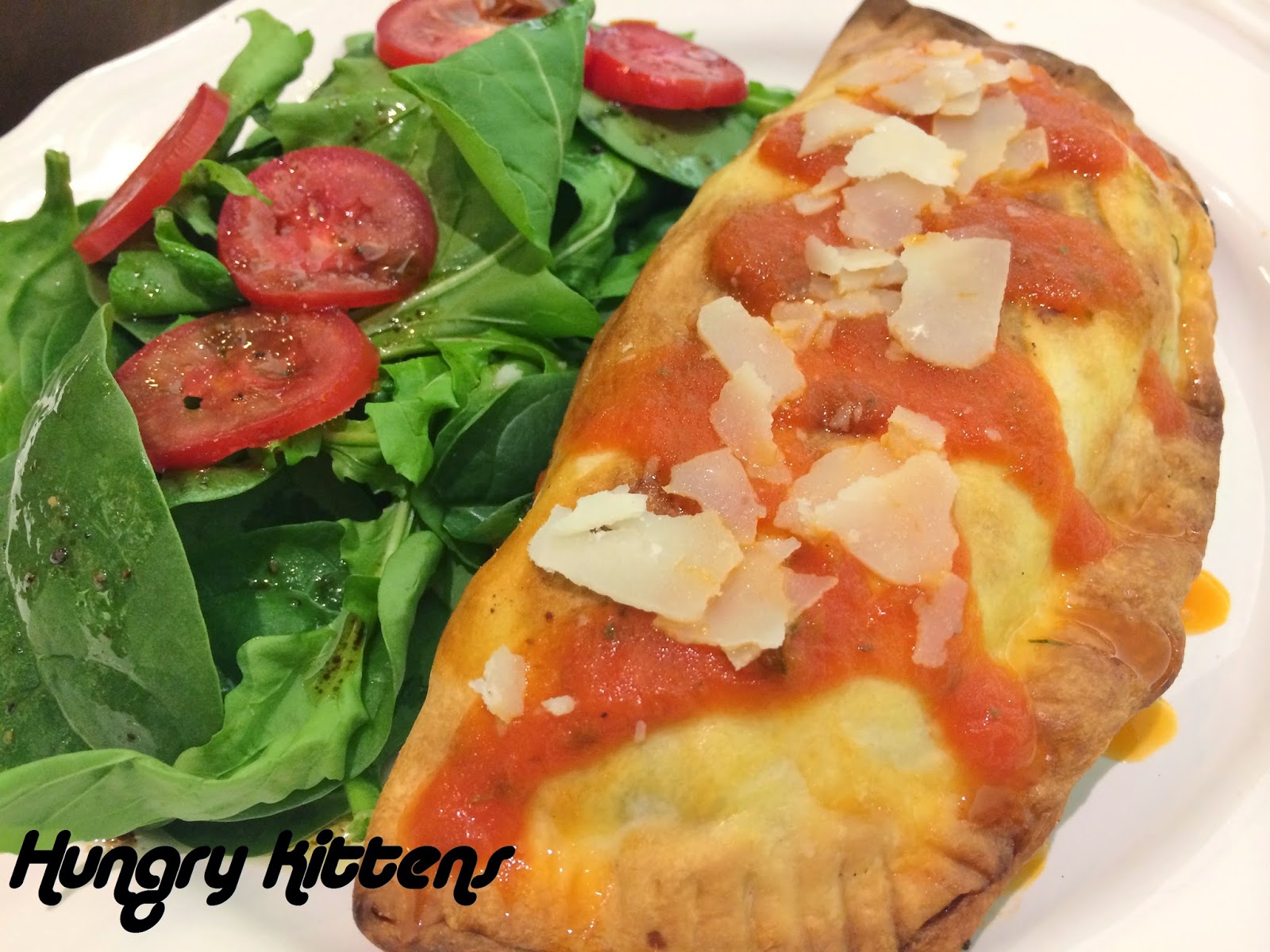 Spinach and cheese calzone with salad

My afterthough lunch order turned out to be much better than I expected. On sight, I thought "that looks like a Cornish pastie". In actual fact, it was much more delicate. I haven't had a lot of experience with calzones but that episode of Seinfeld (fans will know which one I mean) makes me think they must be one of the most delicious things in the world. 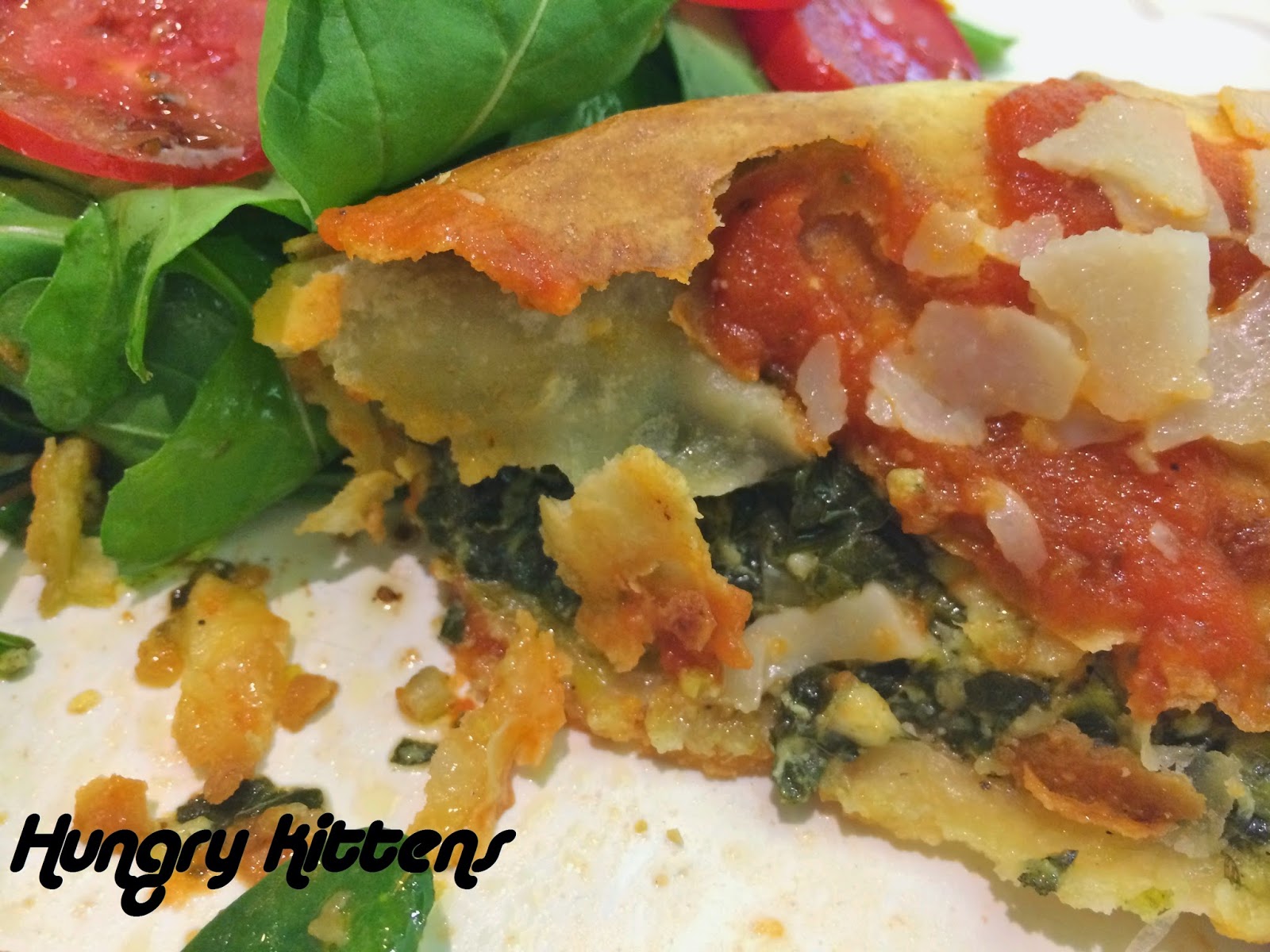 This wasn't an eggplant calzone like the one featured in the show but it had a delicious spinach and cheese filling. I really liked the crust, which had a bit of shortness to it, unlike a pure pizza crust.

Service at Marchetti Cafe was fantastic. I accidentally ordered a biscuit and the waitress brought out two sfogliatelle to compensate. The food came out quickly and there was no issue of forgetting cutlery (which happens more than it should in cafes). I was also given water, which was a pleasant surprise since I often have to ask for it.