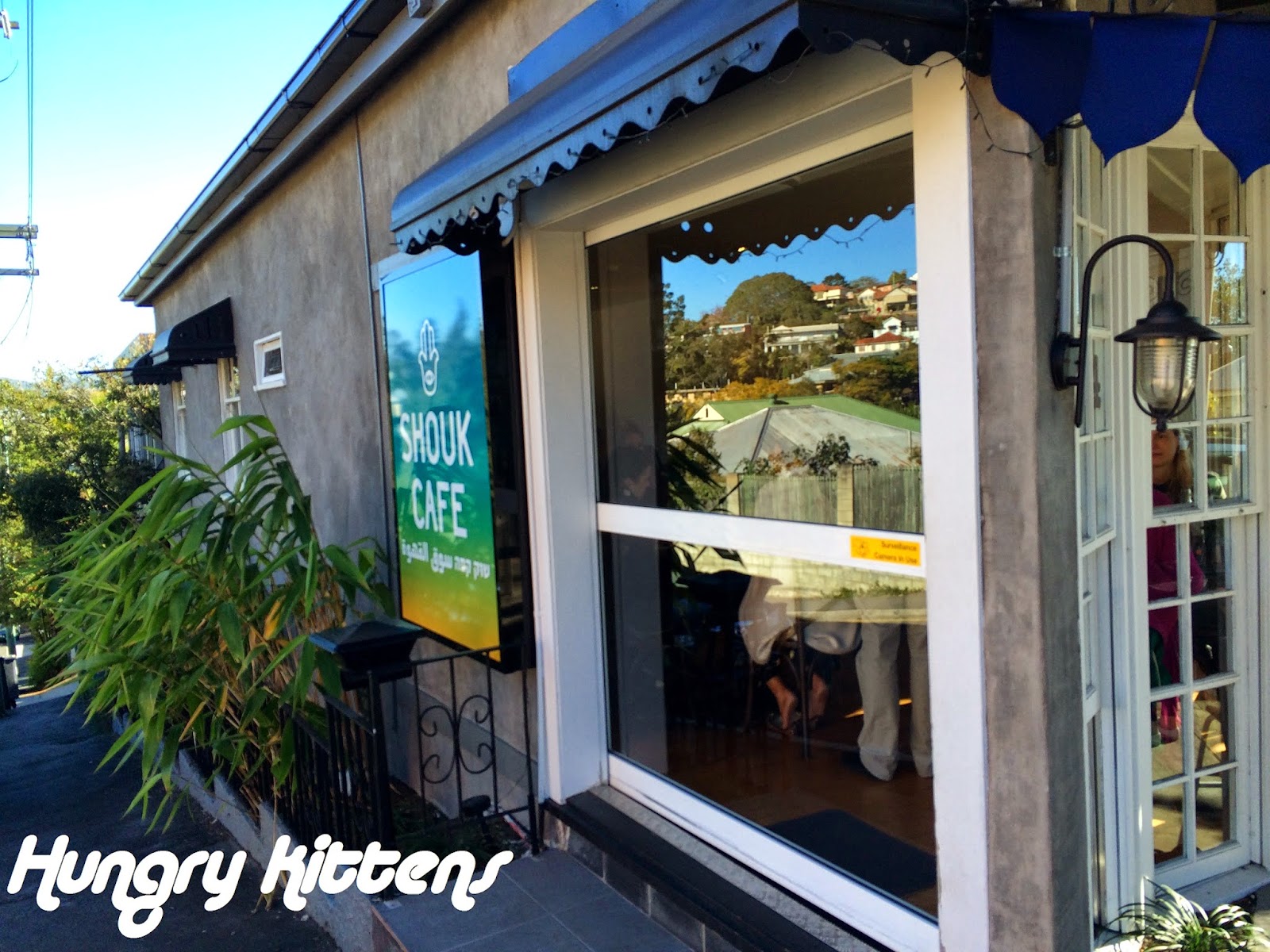 I kept seeing mention of Shouk Cafe on my various social media feeds but ignored it because I thought I had been there already. It must sound similar to another cafe in Brisbane... but I can't figure out which one. Anyway, what gave it away was when I looked at the Shouk Cafe website, it revealed itself to be a Middle Eastern-style cafe. I definitely hadn't been to anything like that. 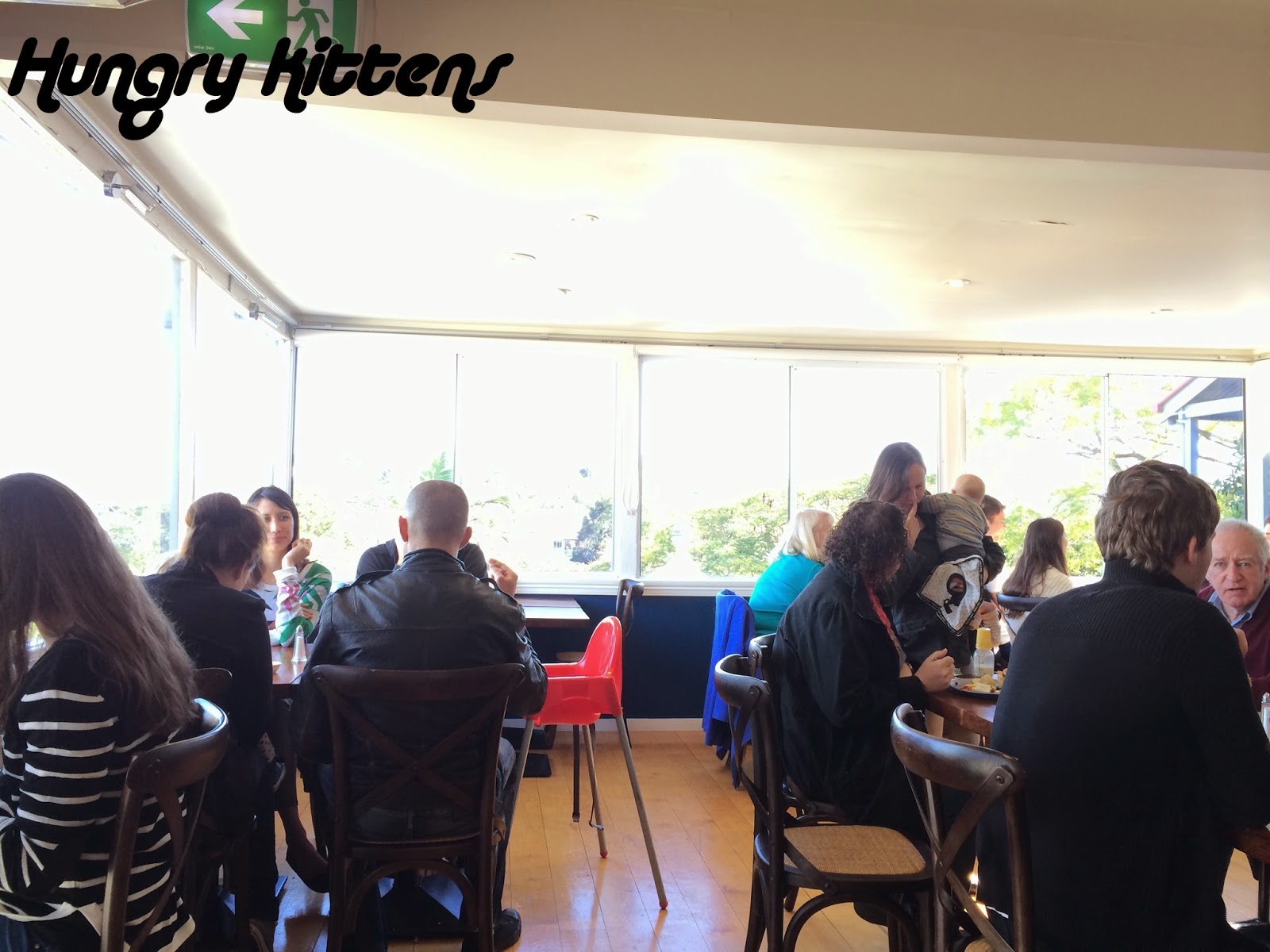 Kat and I met up at Shouk this weekend for breakfast. It's my first food outing since I had jaw surgery and even longer since I'd last been to Paddington. Boy is this a hilly suburb. I parked on a slope and walked up another steep incline to get to the cafe. Nothing like a bit of exercise to work up an appetite.
There was a crowd of people outside Shouk so I figured there would be a bit of a wait. A guy took my name and number down and quoted 20 minutes for a table for two. That was fairly accurate and by the time Kat got there, we were seated not long after. Good timing! I get quite nervous when I see places needing to take down names because on many occasions, I've been forgotten about and had to chase them up. Shouk was very organised in this regard. 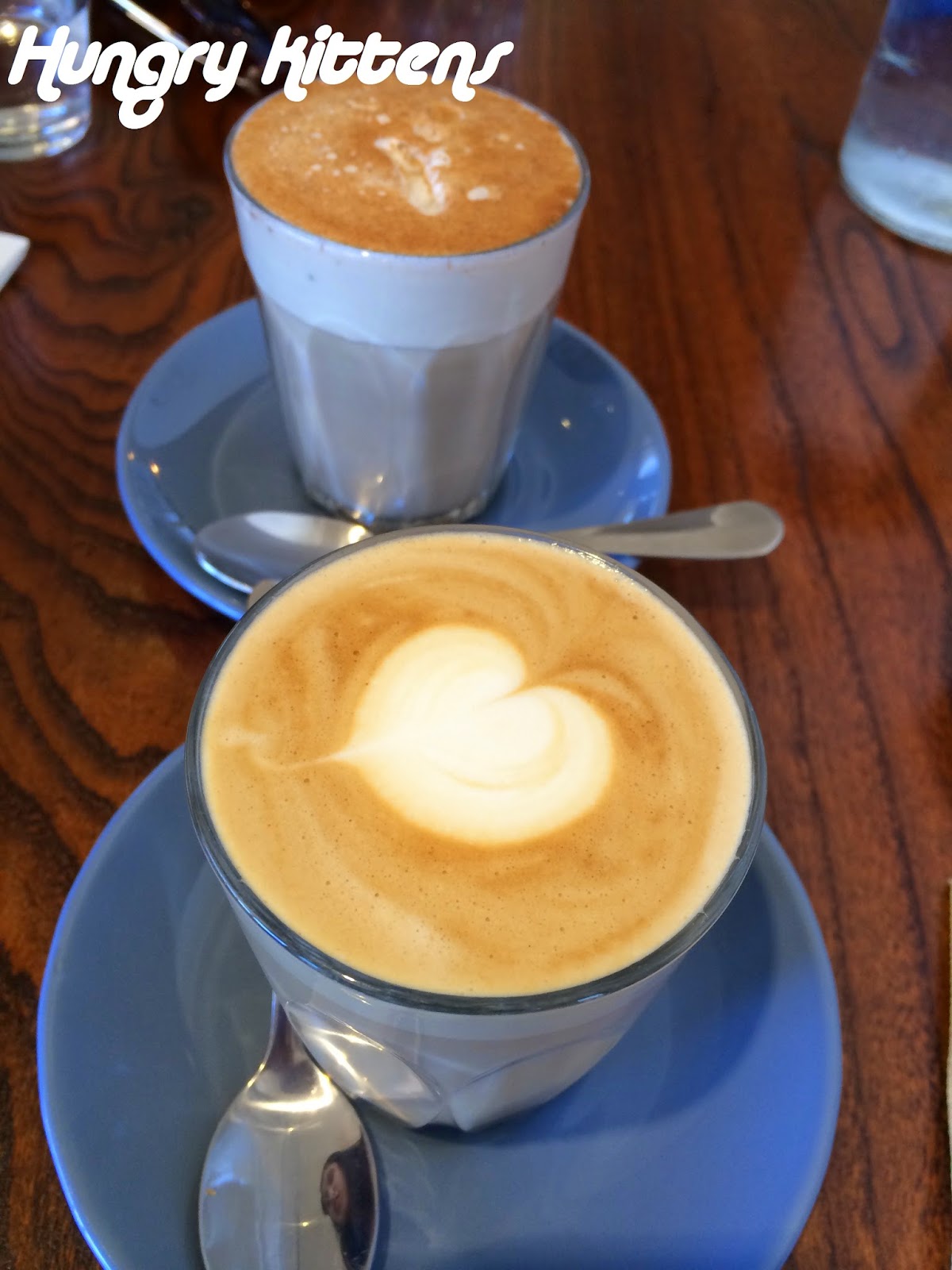 The cafe is much larger inside than it appears on the outside. I think this is why the table turnover is faster than we expected. There's a nice open glass room at the back which gives the illusion of an expansive outdoor view but (thankfully in this weather) was warm and enclosed. 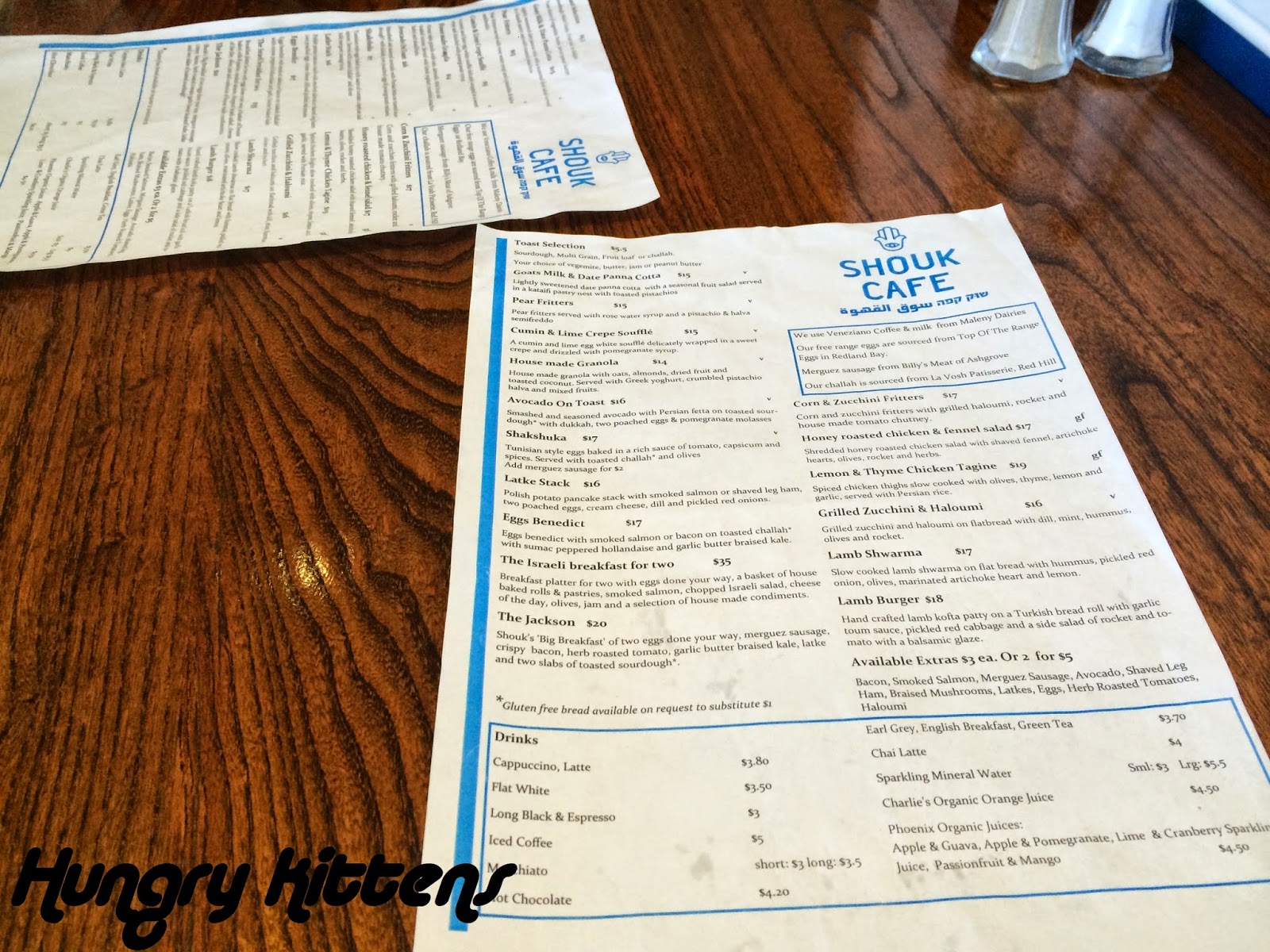 The menu has plenty of interesting options. Expect your typical cafe fare with a distinct Middle Eastern twist. The shakshuka eggs and lamb flatbread both caught my eye before I decided to go for the lighter option of zucchini and haloumi. Kat ordered the avocado on toast. 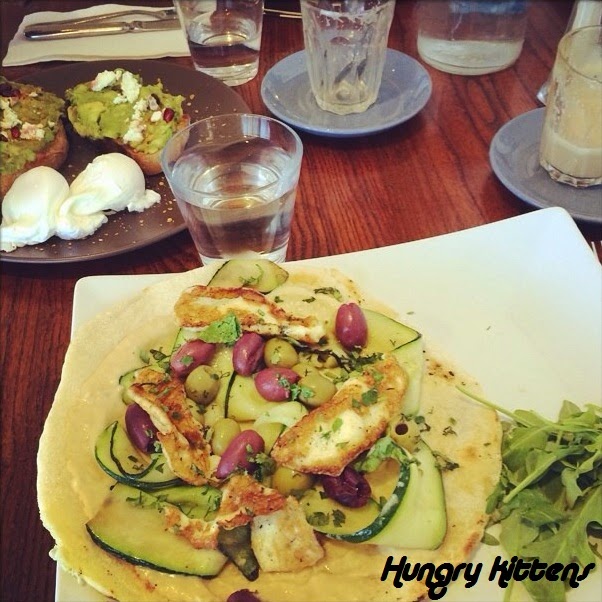 Avocado on toast with Persian feta and pomegranate molasses (top) and zucchini and haloumi flatbread with olives, mint and dill (bottom)

Both portions were generous without being excessive. The flavours and ingredients were fresh. Unlike some places that offer Middle Eastern cuisine, our breakfast wasn't at all heavy or overpowering. It wasn't food that we were forced to nap after.

Shouk left a positive impression on me not only with its food quality and variety but also with its friendly staff. Everyone who came to our table was smiley and happy. There weren't long waits for food and drink. Even though it's obviously a busy location, we didn't feel rushed or forgotten about.