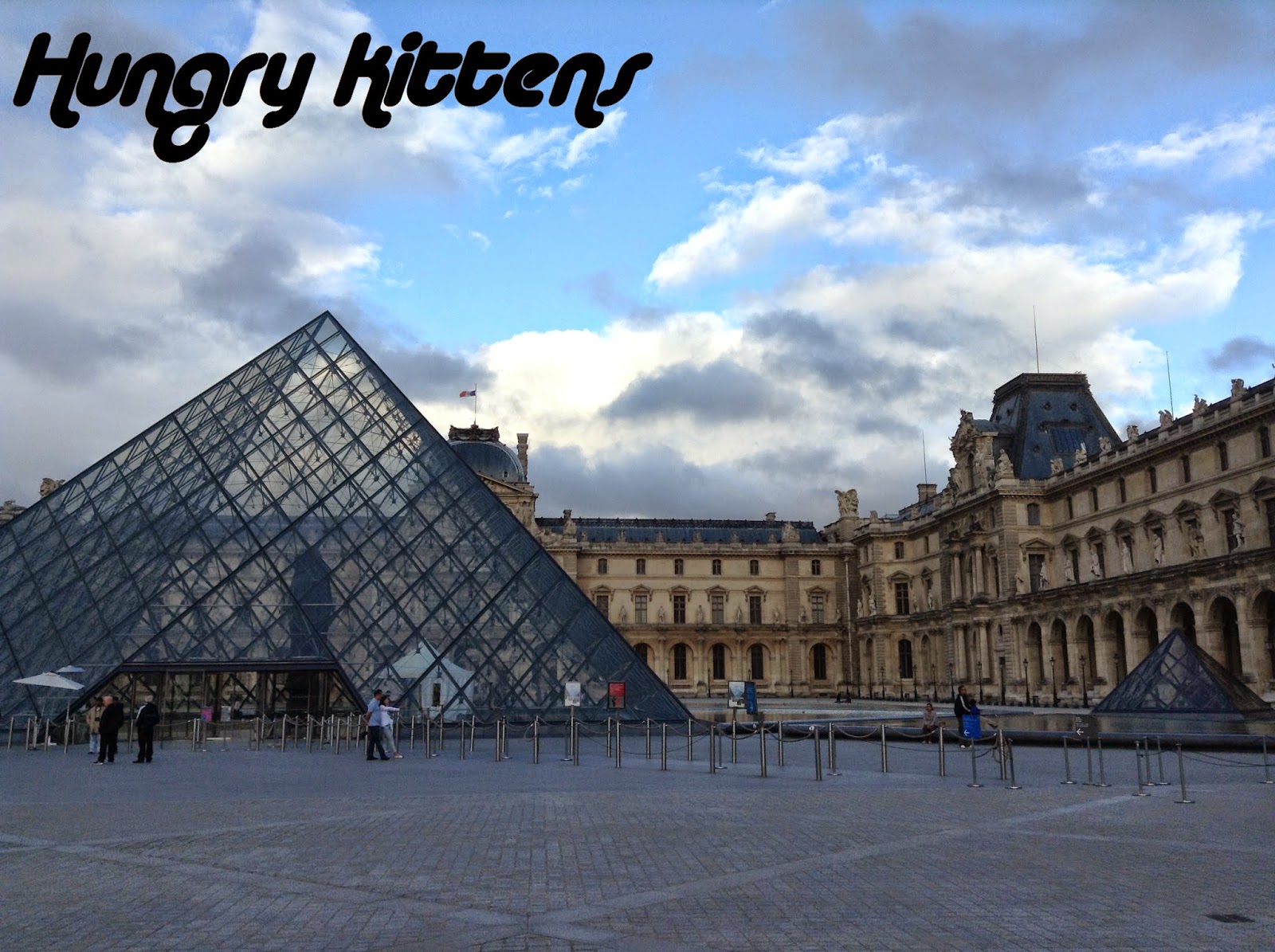 I had a lot of friends telling me "you're going to LOVE Paris", and I mean a lot. The reasoning was that Paris is the heart of France, a country famed for its cuisine. And everyone knows I love food. It was a hypothetical match made in heaven. I, myself, was less than enthused. Paris is also the city of love, and whilst I'm pro 'love', I'm NOT a romantic and the thought of gooey gazes at each other under the Eiffel tower, holding hands across a pink and white checkered table cloth... it makes me dry retch a little. 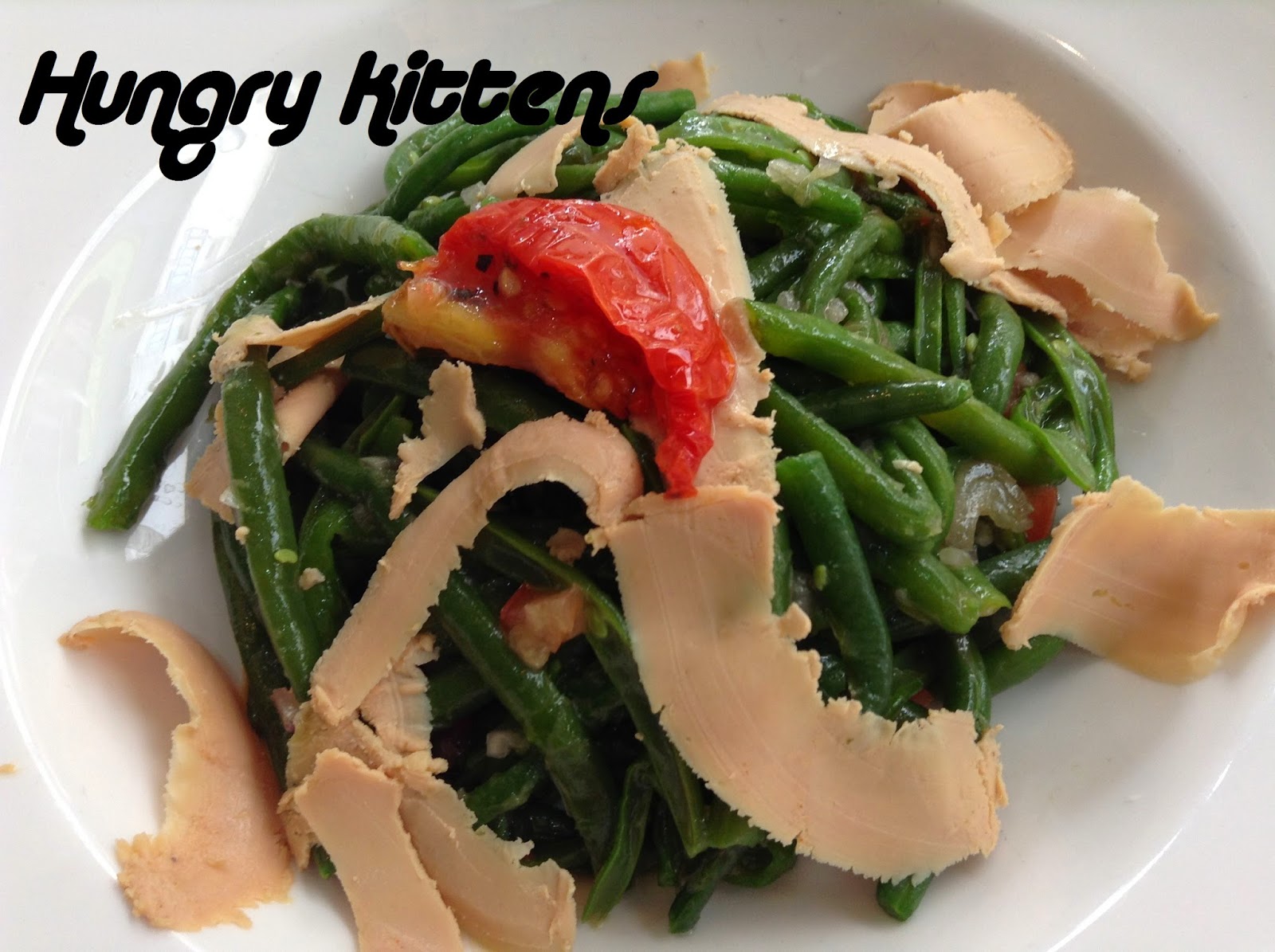 My first impressions of Paris were mixed. On one hand, the outskirts especially had a bit of a dirty vibe, by which I mean I would have felt unsafe walking around by myself. On the other hand, the buildings, even the most average ones unremarkable to Paris locals were impressive pieces of historical architecture to me. So tall. So grand. So much detail. And over there, that's normal. There were so many occasions Marc and I thought we were at some amazing tourist site, but it turned out to be just an apartment block or supermarket. 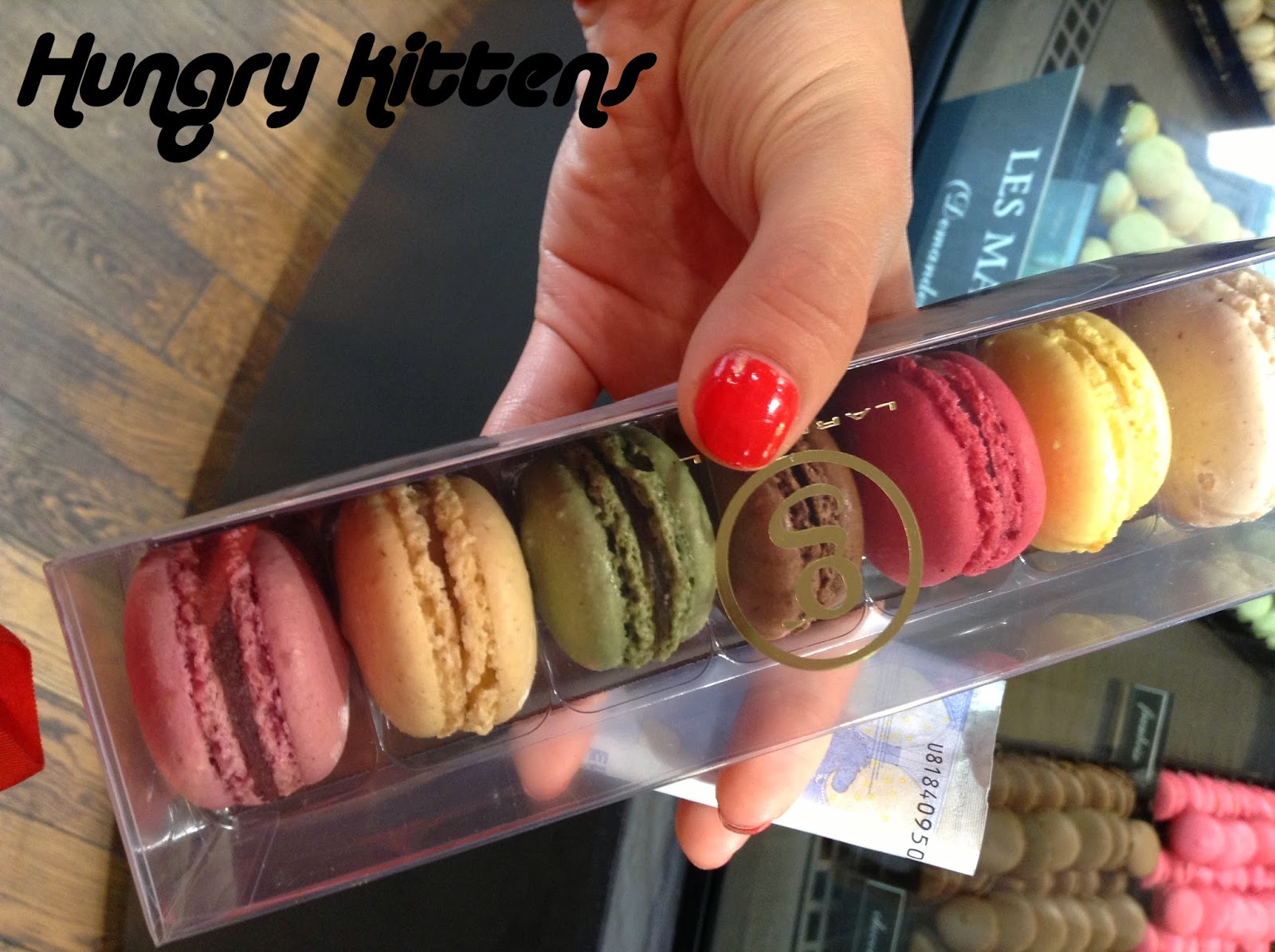 There's no denying Paris is a beautiful city.

Let me progress to food... 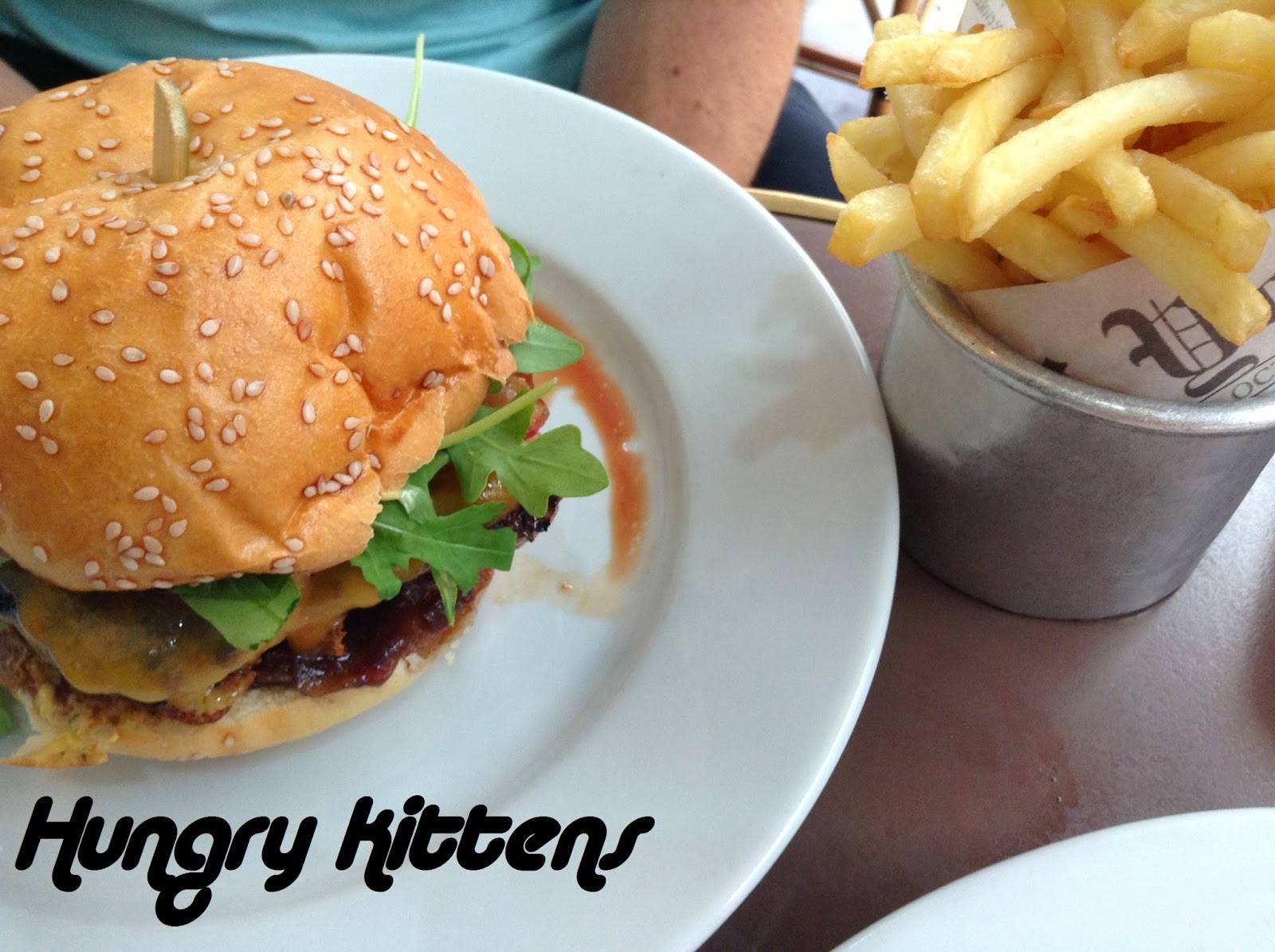 French fries! Oh, and a burger

I'll start by saying that whilst I know French cuisine is renowned, I don't think we really got a taste of what truly represents it. My own theory is that French food is about technique and top notch ingredients, both better found in fine dining restaurants. Marc and I mostly just walked onto the street and dined at street-side bistros and cafes. On one memorable occasion, we shopped ourselves a deli platter and wine from a local supermarket and ate and drank our way to unconsciousness. It was fab. 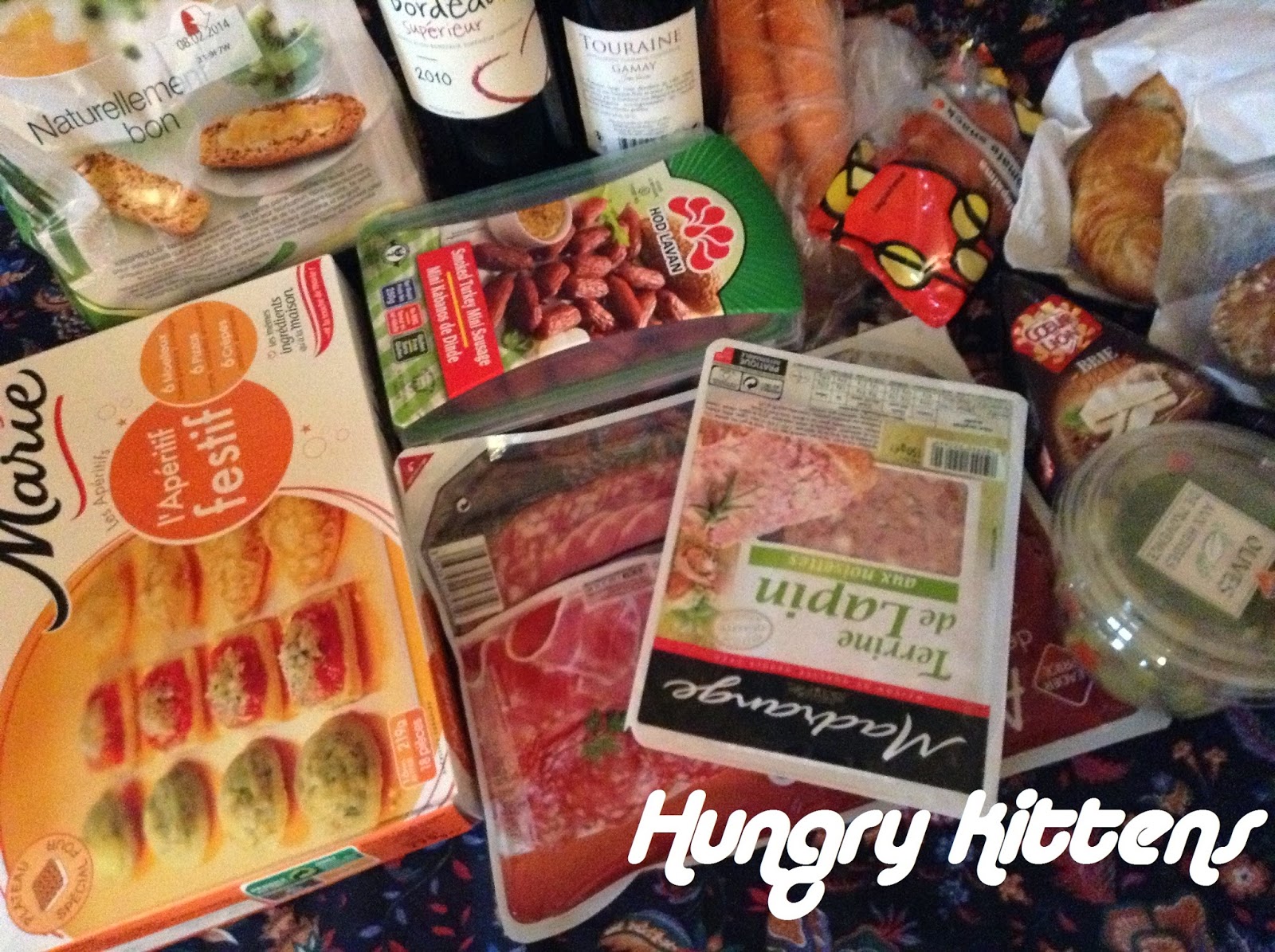 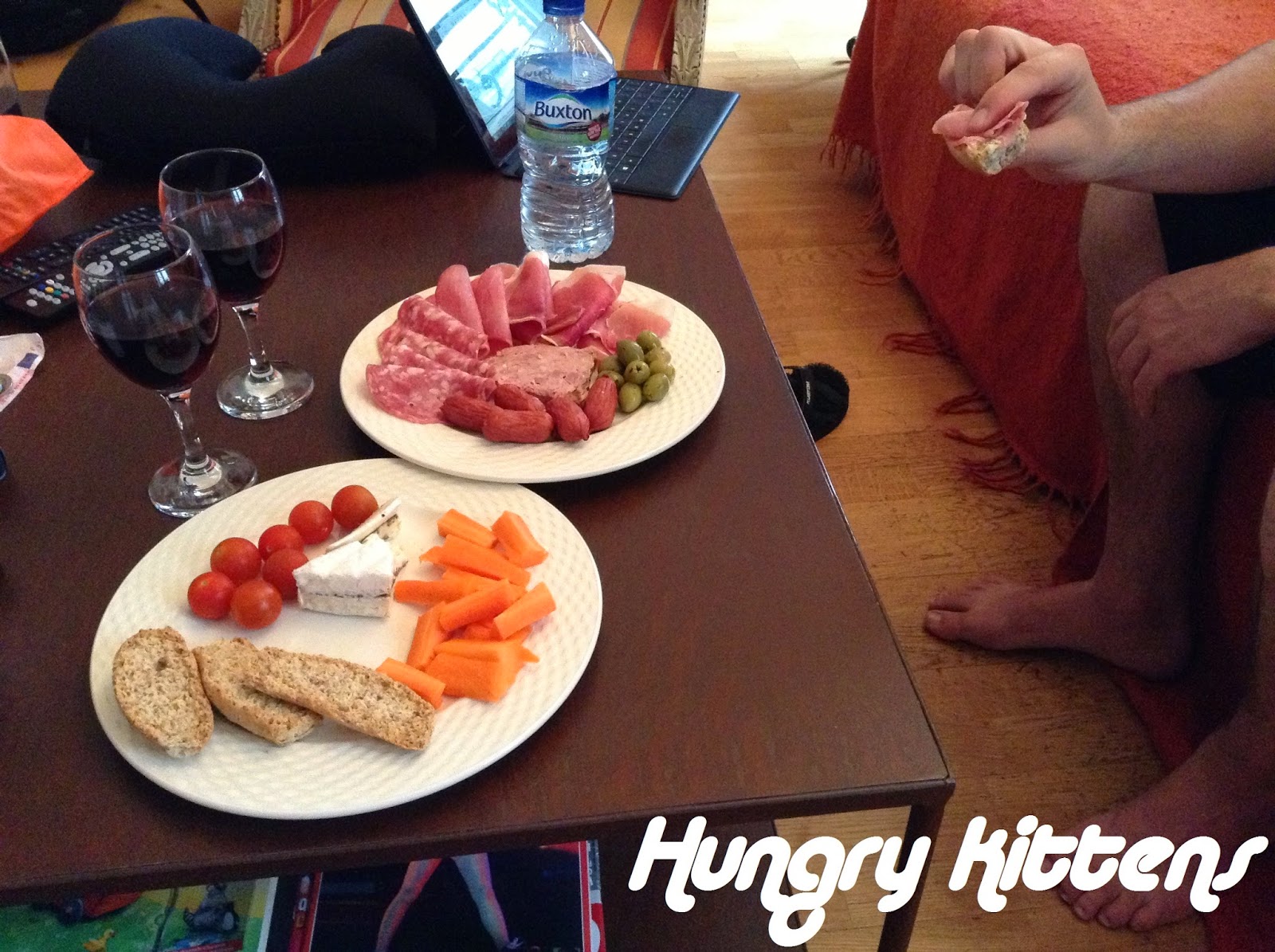 Things I learnt about dining out in France:
I had a booboo in planning with regards to accomodations. I think we had 5 or 6 nights in Paris in total and I managed to spread us across 4 different hotels. I wanted to try different locations but the idea didn't work so good because we wasted a lot of time scarpering around the city looking for where we were meant to check in next. One place we stayed was an apartment that would have been great for a long term stay. The check in process was like an easter egg hunt where we had to go to location A, enter in a code, retrieve an envelop with intructions on how to get to location B and so on. I do NOT recommend that much effort for just 1-2 nights, but if you have a longer stay in mind, these apartments (Bridgestreet Le Marais) aren't too bad. 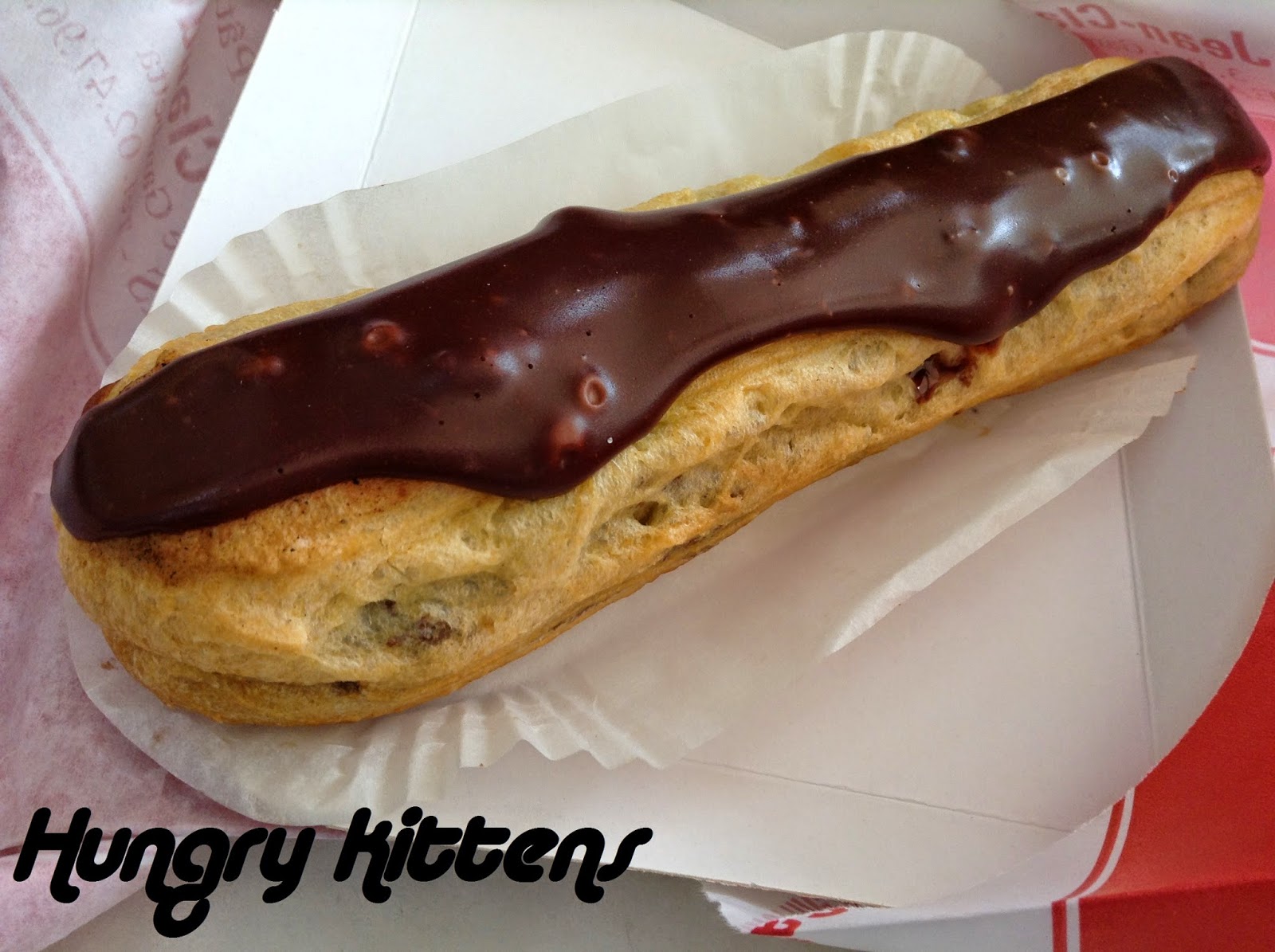 As an aside, watch out for gypsies. We were warned by at least two cabbies, and one occasion was after I had my phone stolen by a gypsy child. Mind your belongings on public transport and whilst you're eating, especially if you're sitting near the street. And watch out for those kids!! 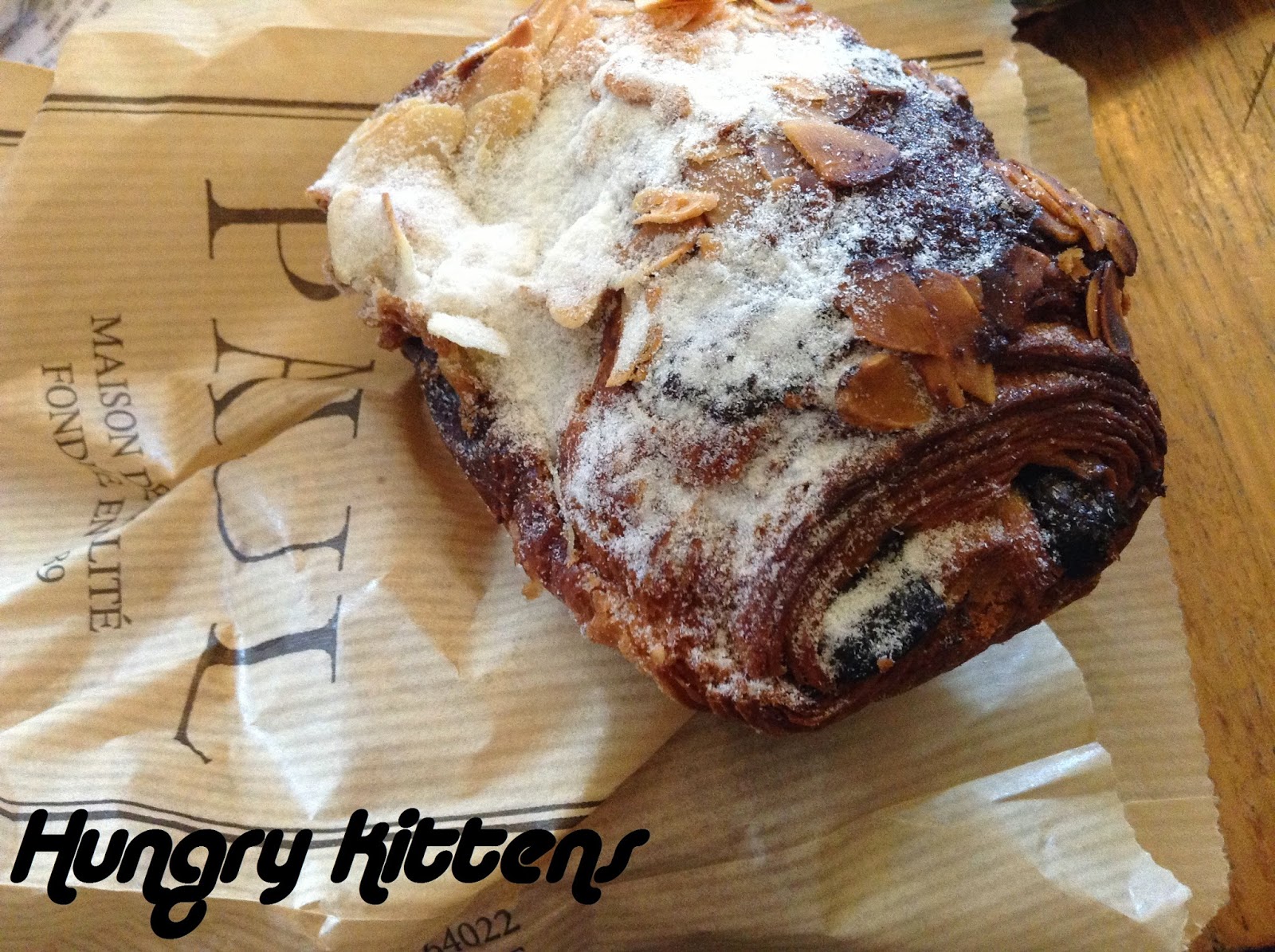 We had a couple of nights out at Bordeaux for a wine tasting tour. I'll blog that in a separate post. Bordeaux itself was like a tiny version of Paris. I can't remember when we were there... maybe a weekend, one day of which was Sunday, but tonnes of restaurants were closed. One thing that stood out to me was that Bordeaux had a strong tourist vibe. I suppose lots of people go there for the wine tours and that is reflected in the city itself. I liked the tour we did but I don't have any other feelings for Bordeaux.

I did however, greatly enjoy the chocolate croissant pictured above (from Paul) which was the best I've ever tasted! 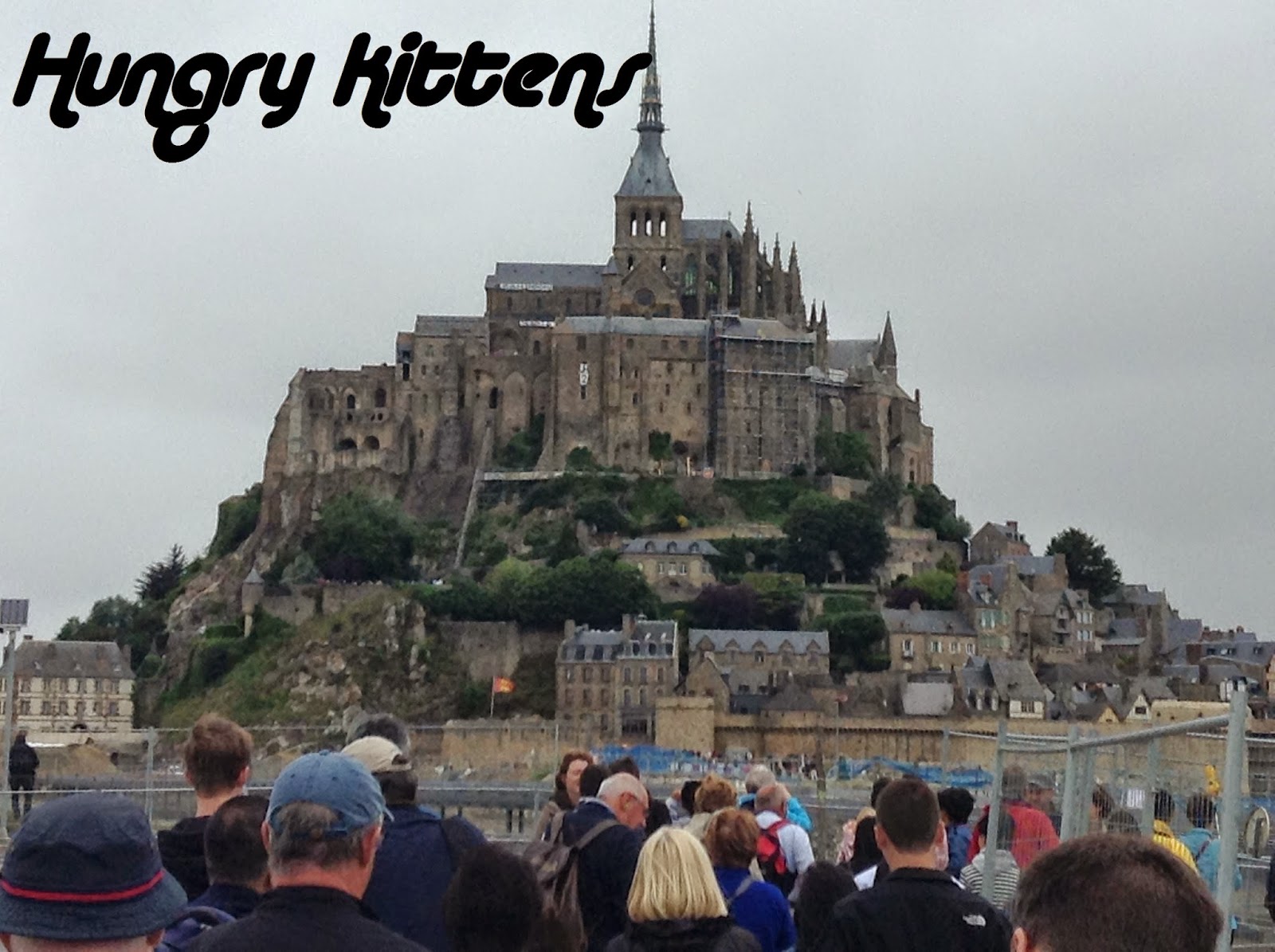 From Bordeaux, we embarked on a two night tour within France. I can't remember when I first learnt of Mont Saint Michel but it was one of the main places I wanted to visit on this Europe trip. I'm not religious in any way but this monastery is impressive. It's an island on its own and back in the day, during high tide it was inaccessible by land and only during low tide was there a strip of dirt that bridged Mont Saint Michel to the mainland. I think there are some local geographic changes that make the water levels less interesting now but even so, the island is a sight to behold.

The weather wasn't good when we got there but we had a fun time exploring the city beneath the monastery and then the monastery itself. There some pleasant wetland views from the top. 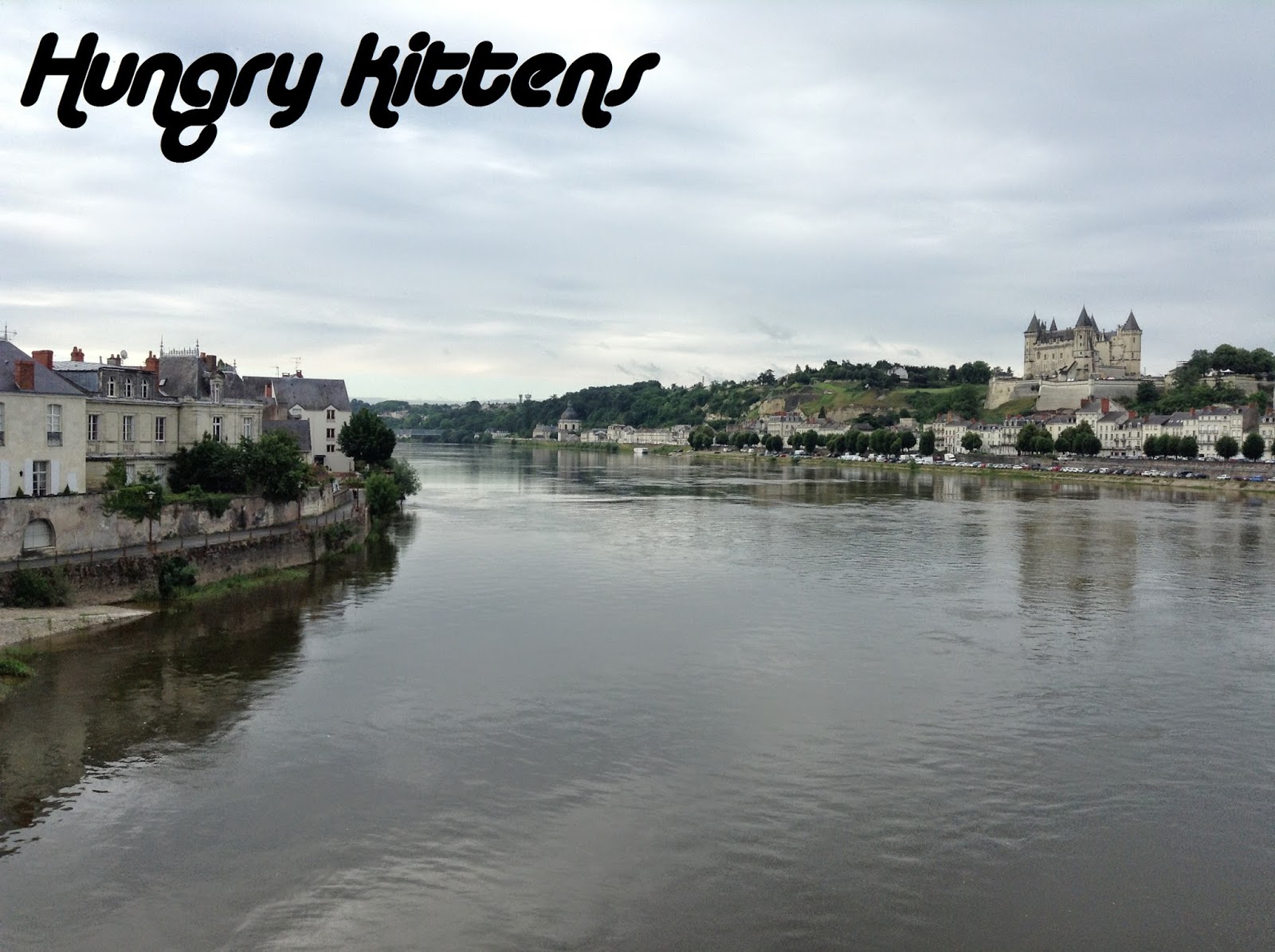 The tour progressed to the Loire Valley, which is famed for its abundance of chateaus. Coming from Australia, it is definitely not normal for me to see castles by the side of the road that are considered nothing more than background. We stopped at 3 notable chateaus (names of which I can't all remember) between which there was an overnight stay in L'anger.

The chateaus we visited were each more impressive than the last. By no 3 (Chateau de Chambord), I was tired, REALLY tired, and cold too. But it was so huge and so amazing my energy levels perked up instantly. And according to our tour guide, it was only a hunting lodge.
Labels: Casual Dining, Commentary, Dining Out, Europe, Travel