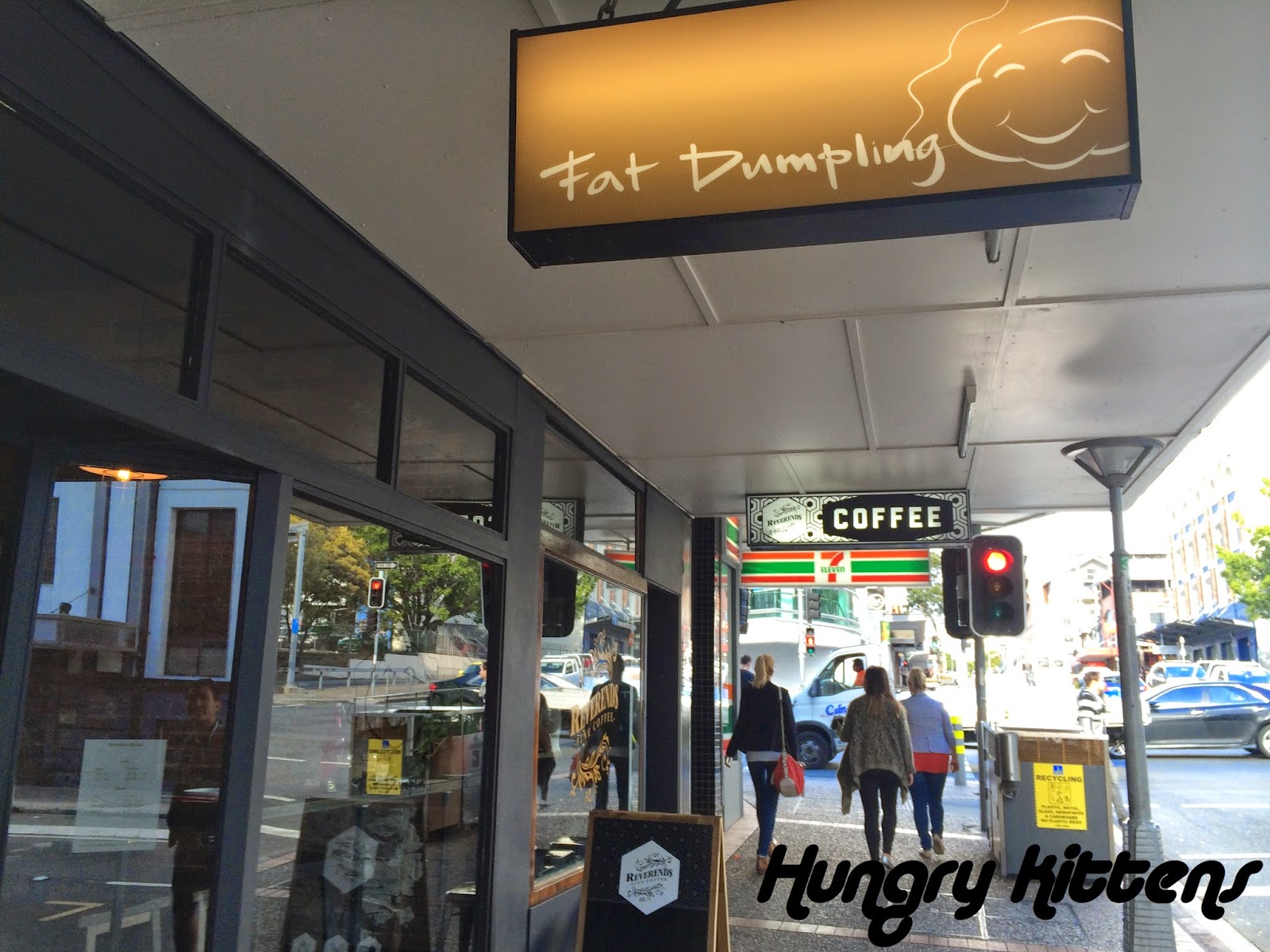 In my old age, I find I'm getting more and more superstitious. Not in the 'run away from black cats' way but I am starting to reflect more on fate and how things happen for a reason. Some things appear like they're simply meant to be. 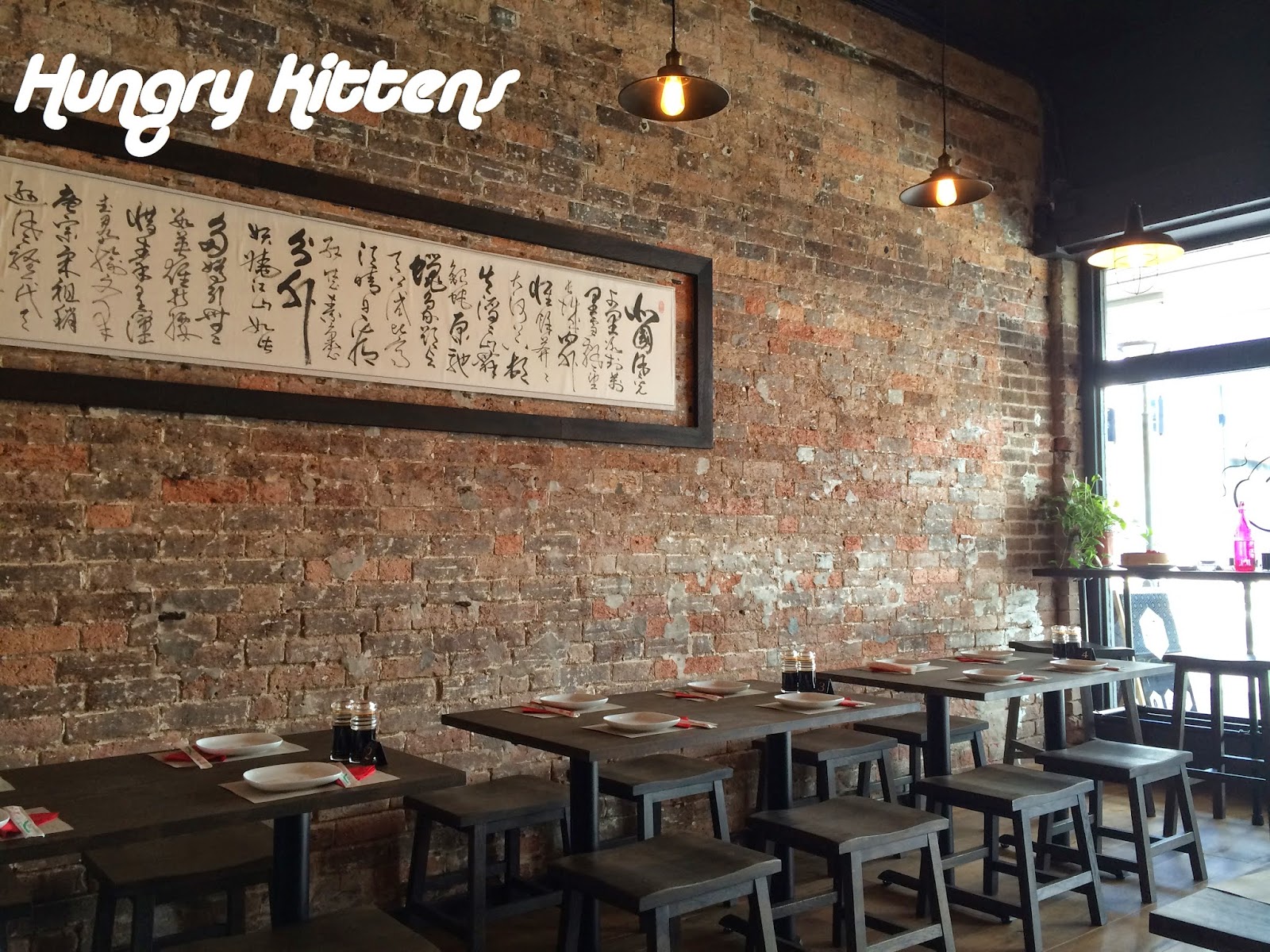 One such occurence was our lunch at Fat Dumpling. I was intending to eat at Bread and Meat Co and had even looked up the address and worked out directions. Somehow, I just couldn't find it. As easy and obvious as the location probably is, it eluded me on that day and I saw Fat Dumpling instead. I was hungry and I wanted food without further venture.
Fat Dumpling is located on Brunswick Street not too far from Harajuku Gyoza, another dumpling joint. These are, however, Chinese style dumplings so hopefully that is a distinction from their competitor. The eatery is small but stylish with a sort of slick by rustic Chinese alleyway look that I quite like. 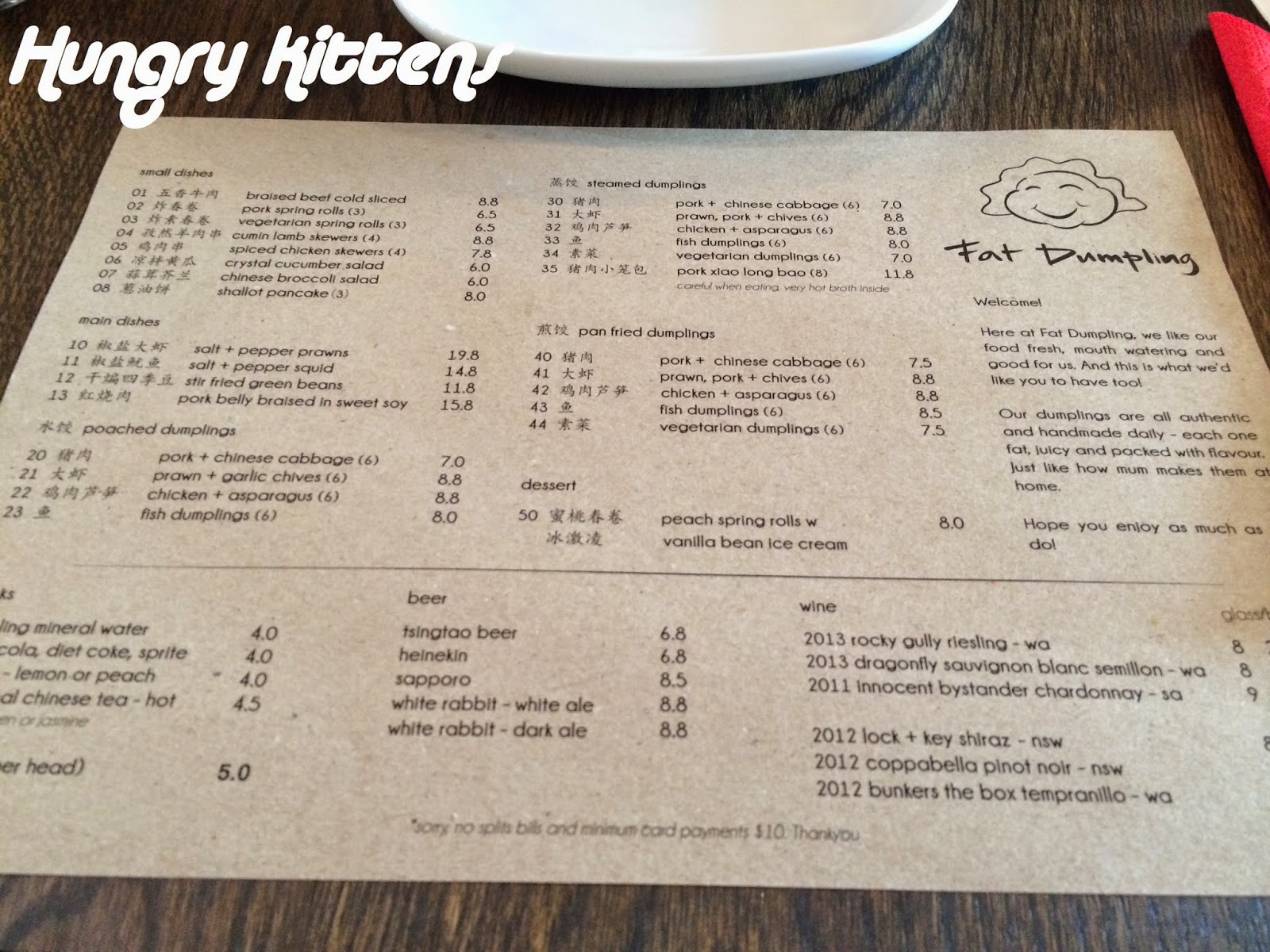 The menu contains typical Chinese bar snacks. The concept here is to order many and share. There's the odd dish listed as 'main meal' but even they sound like dishes suited for sharing, rather than individual rice or noodle dishes. 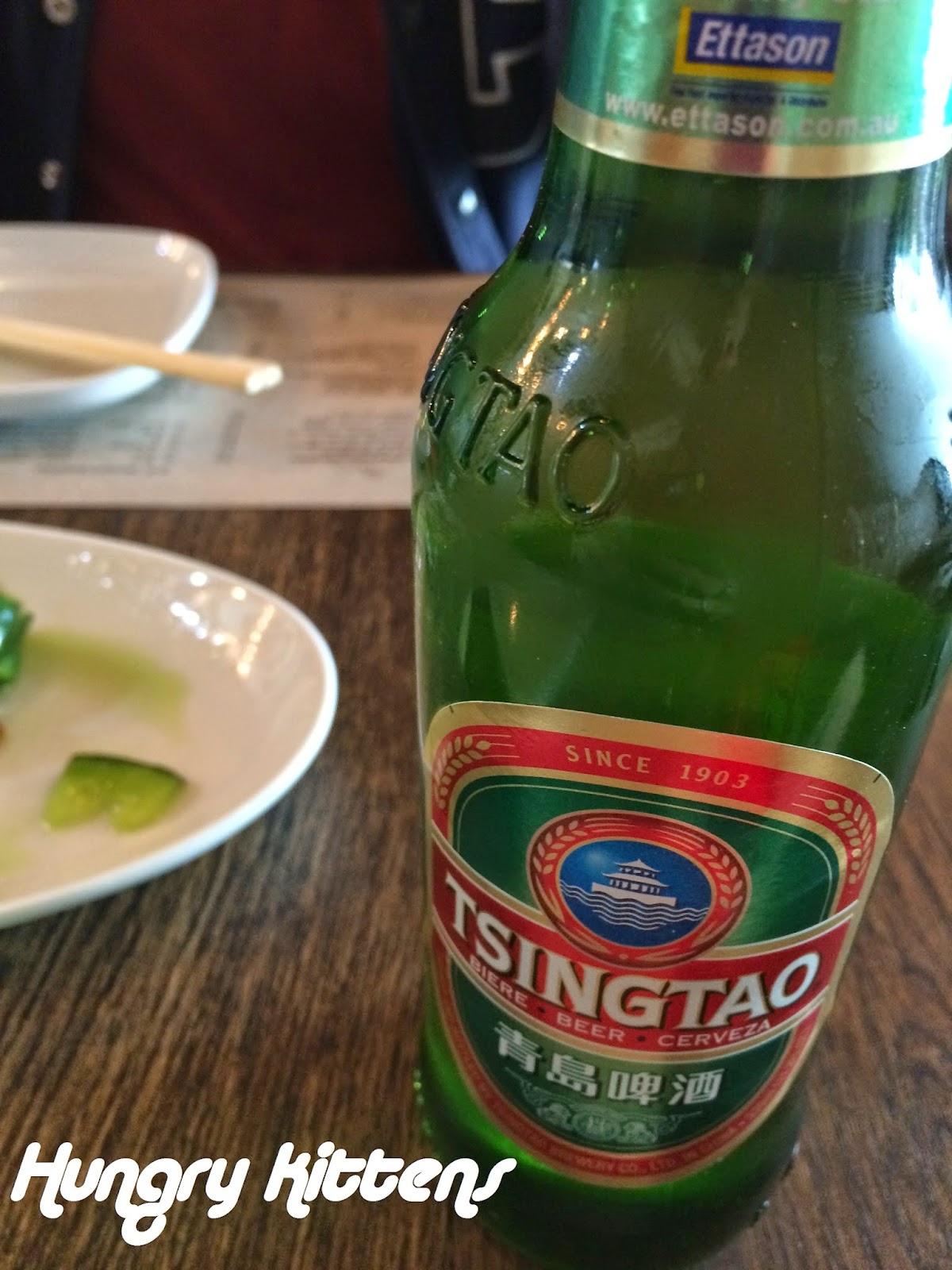 Hien and I ordered a selection of dumplings and other bits and pieces to share. I was a bit disappointed that not one, but two of the items I wanted (shallot pancake and xiao long bao) were sold out. Granted we were there later on in the afternoon, around 2-3pm so maybe it was bad timing but it's the kind of thing that hints at lack of foresight. 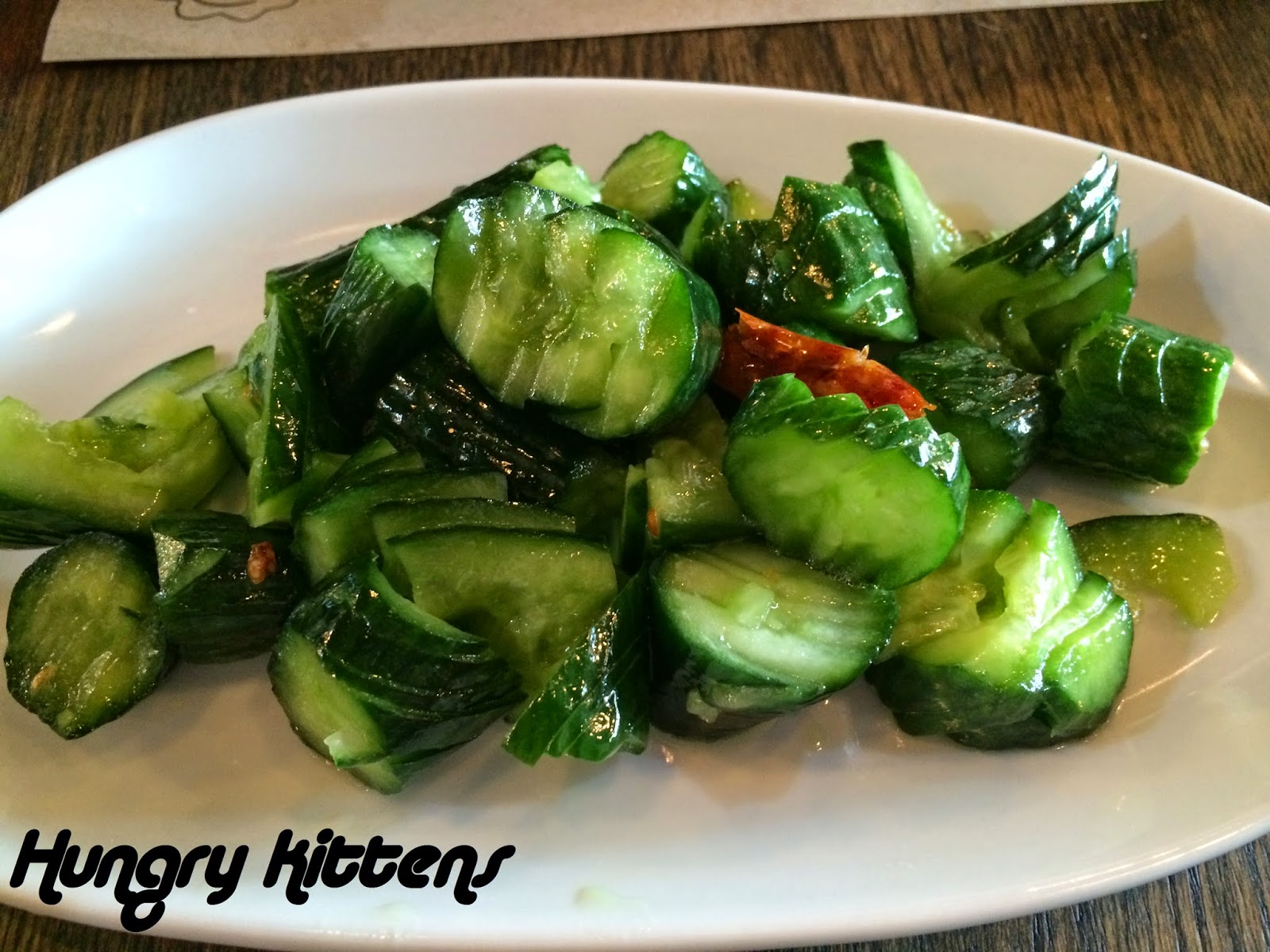 Our first dish was a simple plate of cucumber salad. We both remarked that the cucumber is cut in an interesting manner. Not only are the zigzag spirals fun to look at, they also serve to pick up the sauce better. Hien was unimpressed with this dish and I agree that it's nothing outstanding, but I enjoyed it. It's a simple soy dressing but together with the cold cucumber, makes a light and fresh starter that would be nice in summer. Maybe a kick of chili and garlic would have given it some extra oomph. 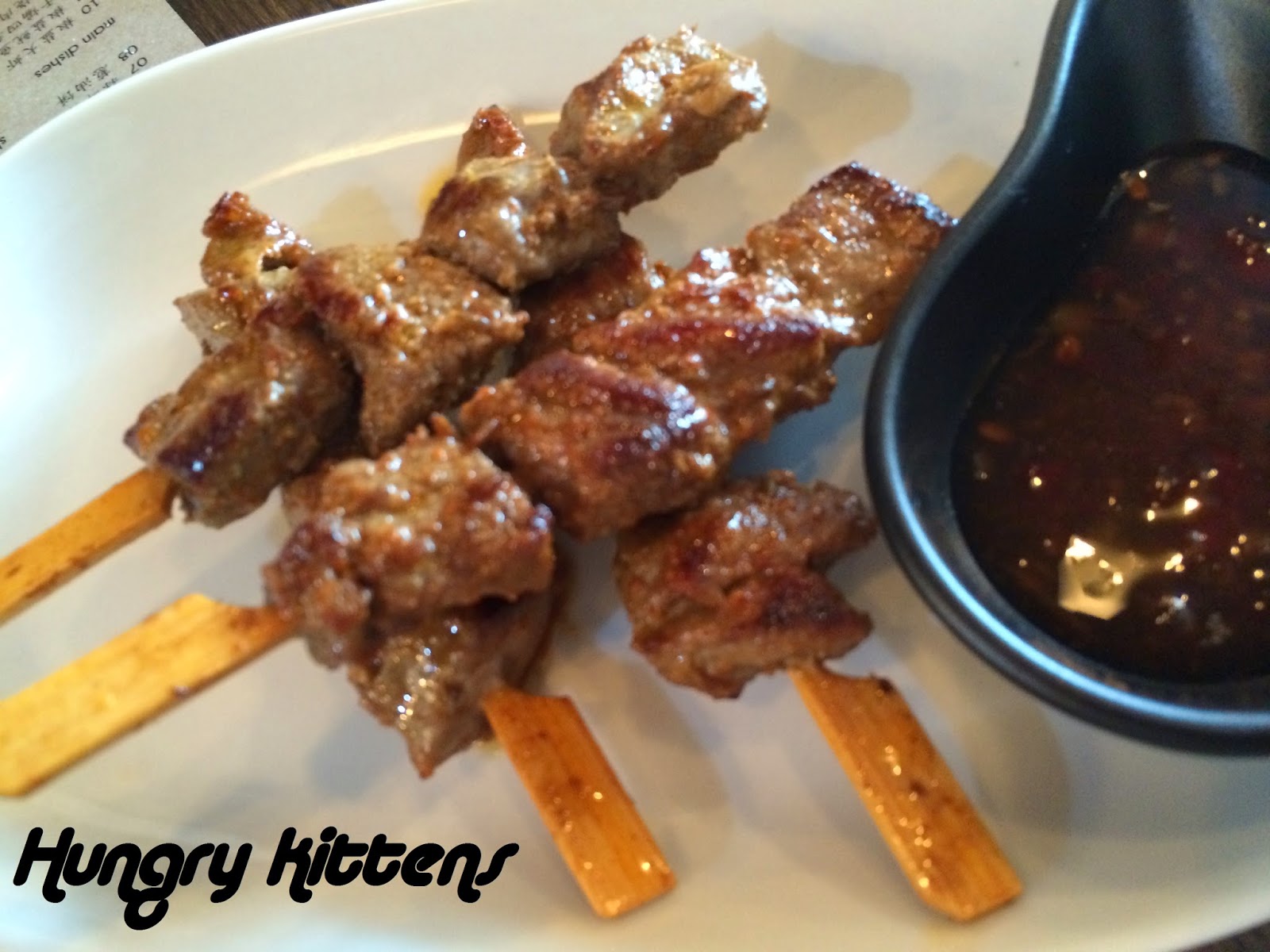 Next came our mongolian lamb skewers. These were petite but surprisingly tender. I expected a cumin crust and I got it. I was satisfied with this pick although frugal diners may be left wanting more meat. 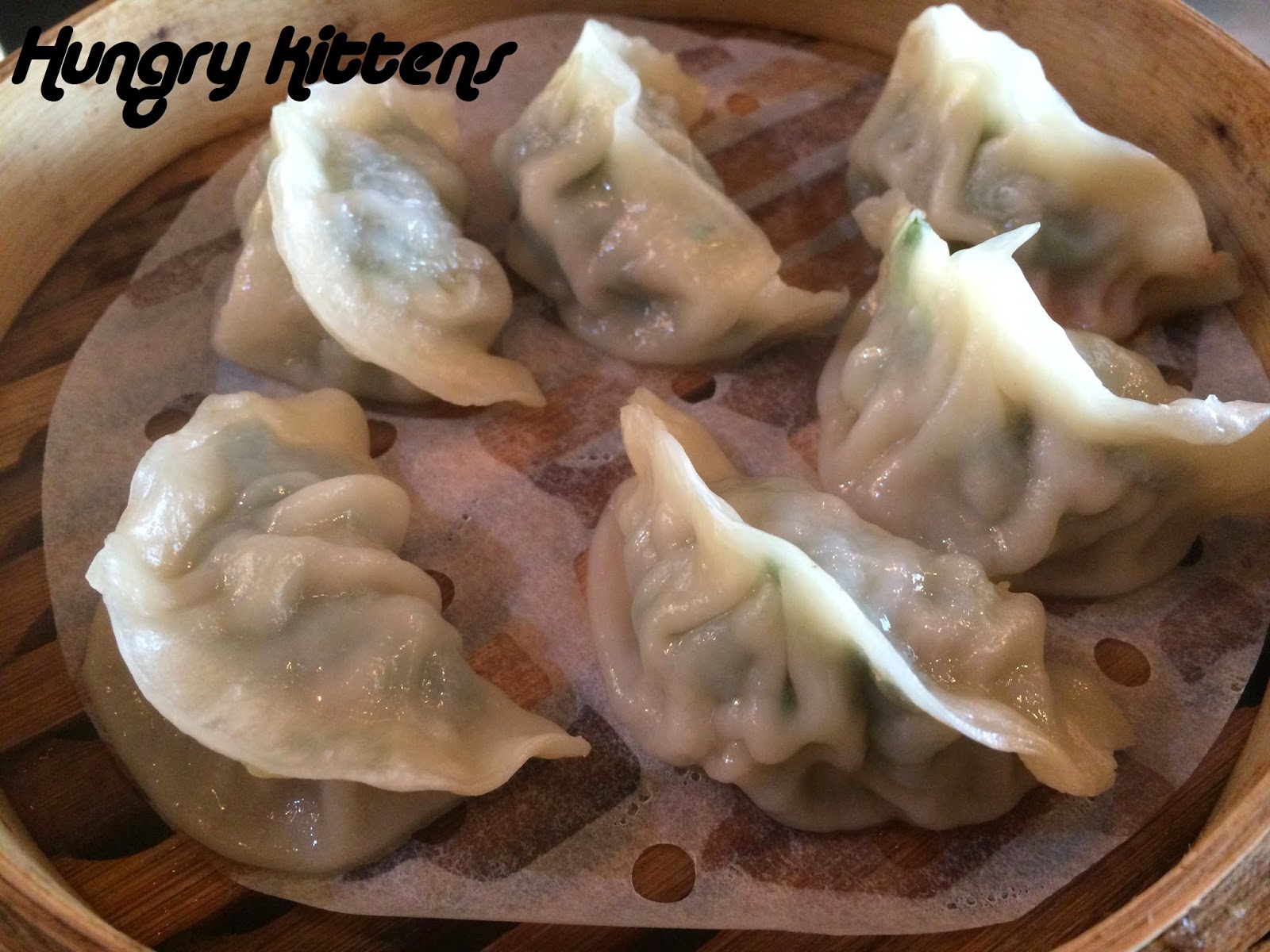 The first of our dumplings was my pick of prawn and garlic chive dumplings. These were steamed and I was surprised but happy to see they contained a bit of soup. The filling was nice but the skin could have been thinner. 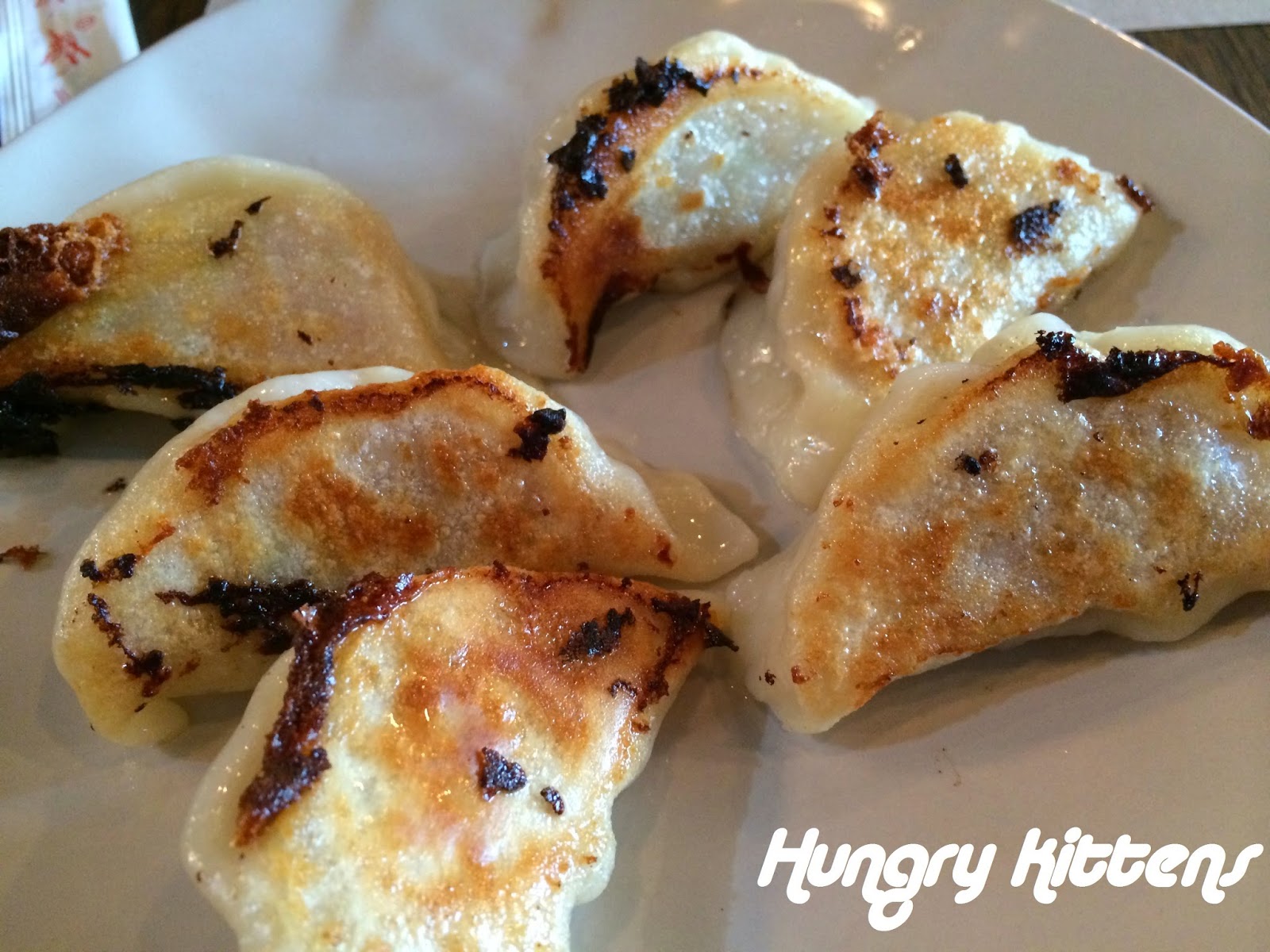 Hien's choice of dumpling was pan-fried pork and chinese cabbage. These were yummy, especially when paired with vinegar. I liked that they didn't seem too oily. All the dumplings were a good size too. I targed the one that had a frilly fried crust tendril. It tasted so good!

I'm curious to see how Fat Dumpling does in the Valley. It should be a nice place for late night drinks and food but then again, there are other similar vendors. The beers weren't the cheapest I've seen (I have expectations for cheap booze at Asian vendors) but the dumplings themselves were quite reasonable. I think we saw both the owners (a hubby and wife team?) and they were really polite so I hope they do well.