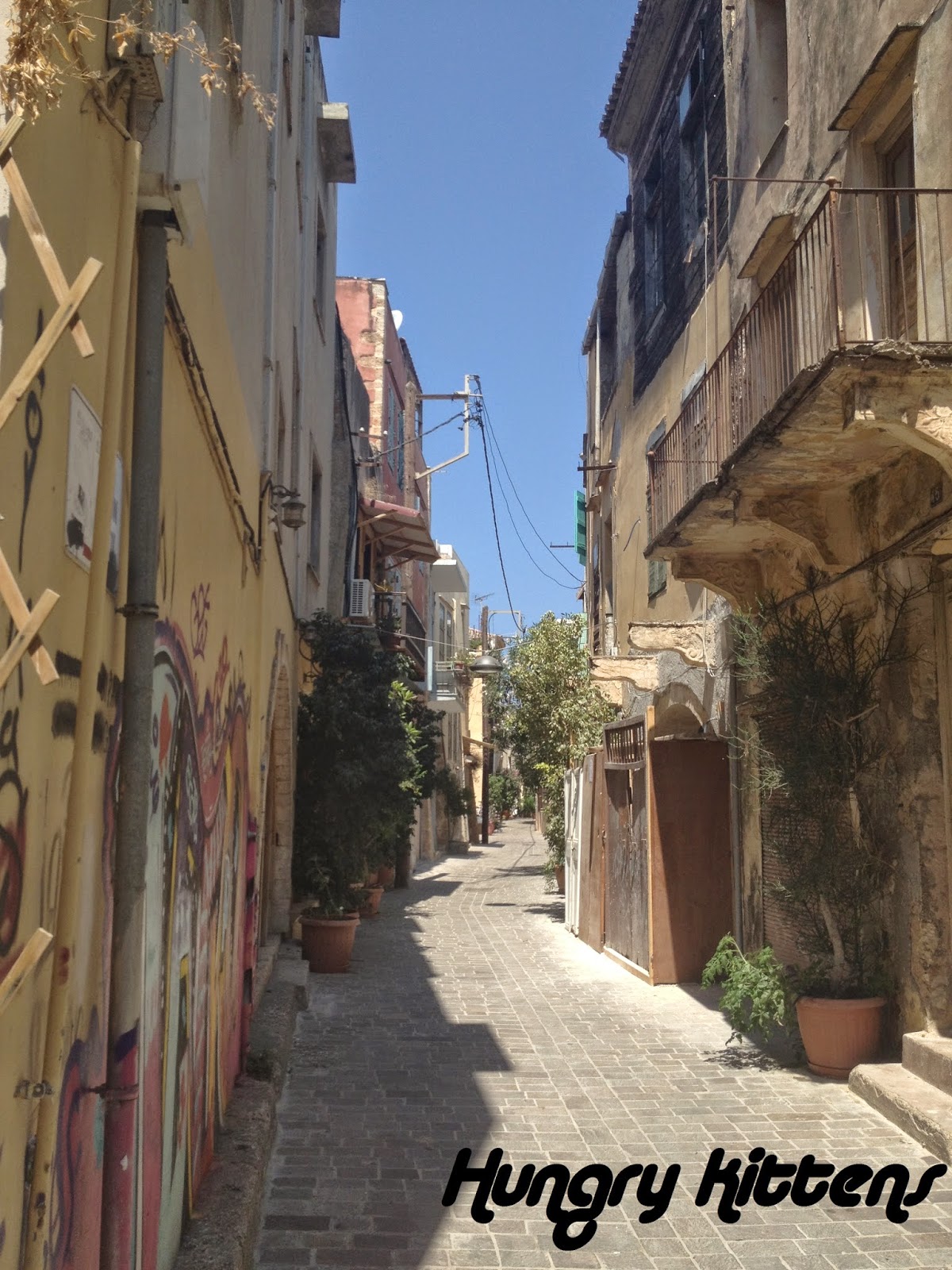 I was contemplating whether I should just skip this post because it's so similar to the one we did in Athens. In fact, I found out about this one through the Athens tour (it's run by the same people) and I enjoyed that one so much, I didn't even hesitate to book the Chania version. What I didn't count on was that there would be a few redundant food elements because after all, we were still in Greece. 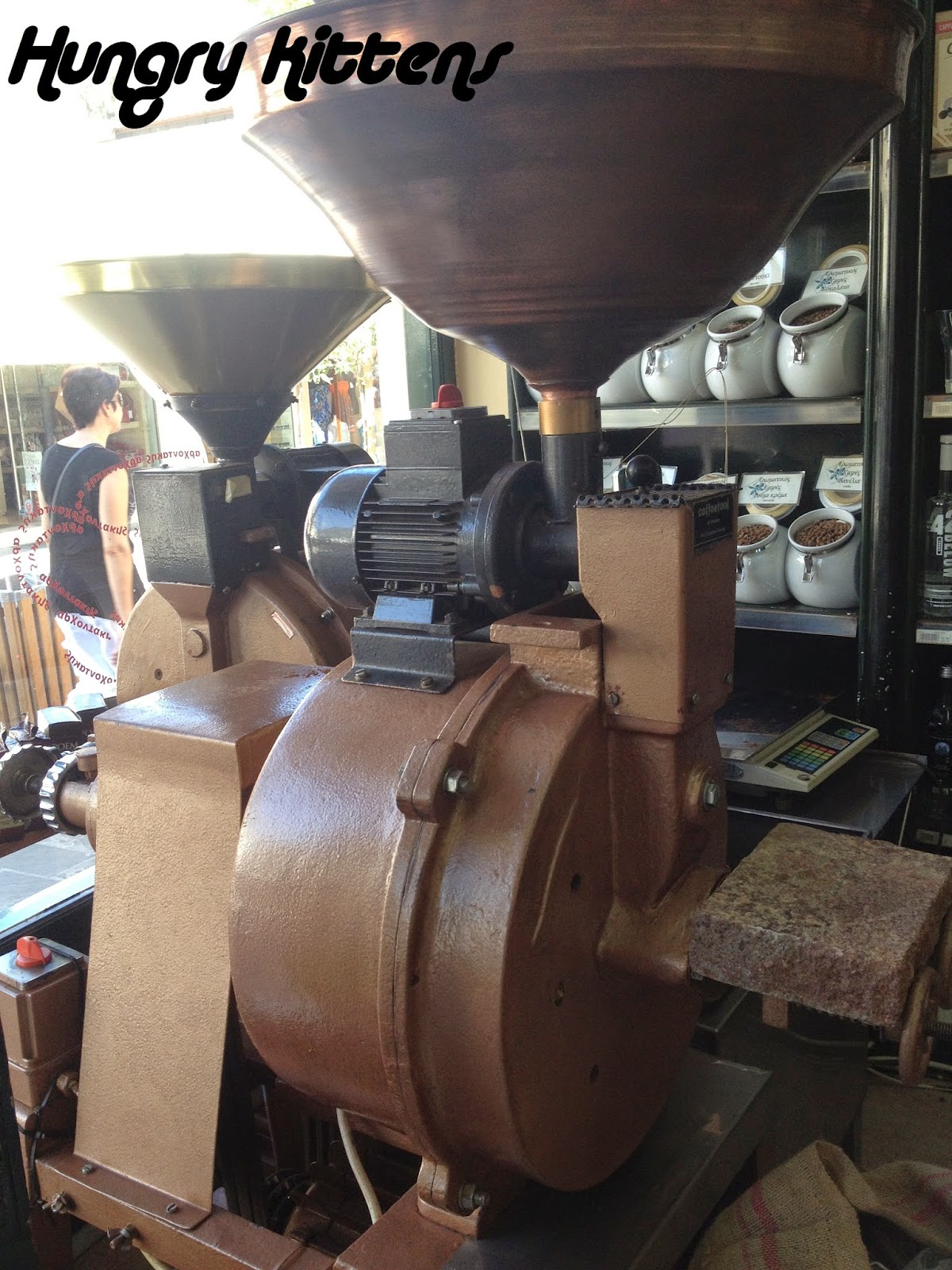 I'll run through the food quite quickly. We started off at a coffee bean roaster just to smell and take in the aromas. Later on, we were to actually sip coffee with loukoumades (something I had tried earlier in Athens). 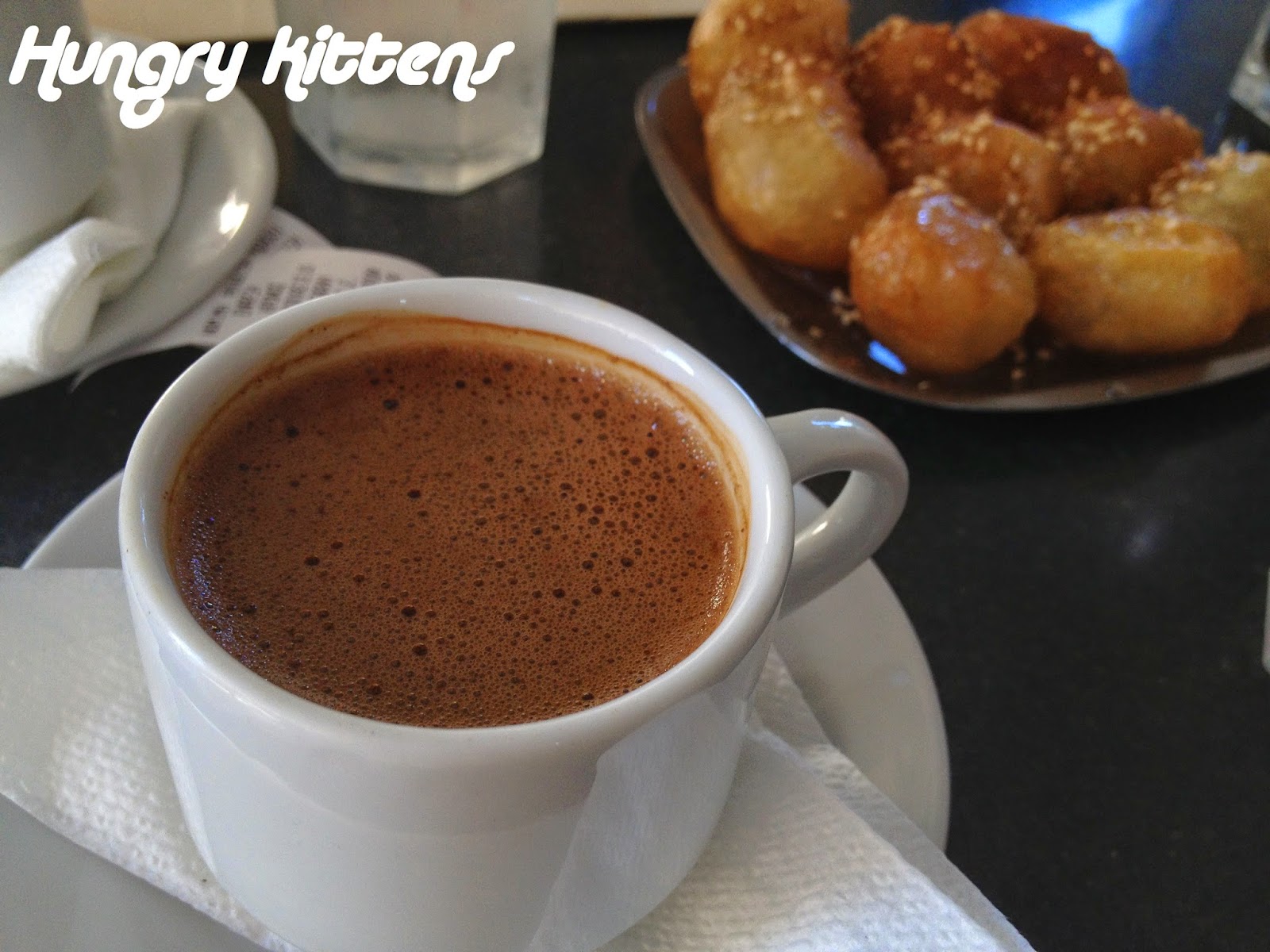 It was a good idea to have the Greek coffee together with the sticky, sweet honey puffs though. There's nothing like a bit of bitterness to help you eat more sweet :). 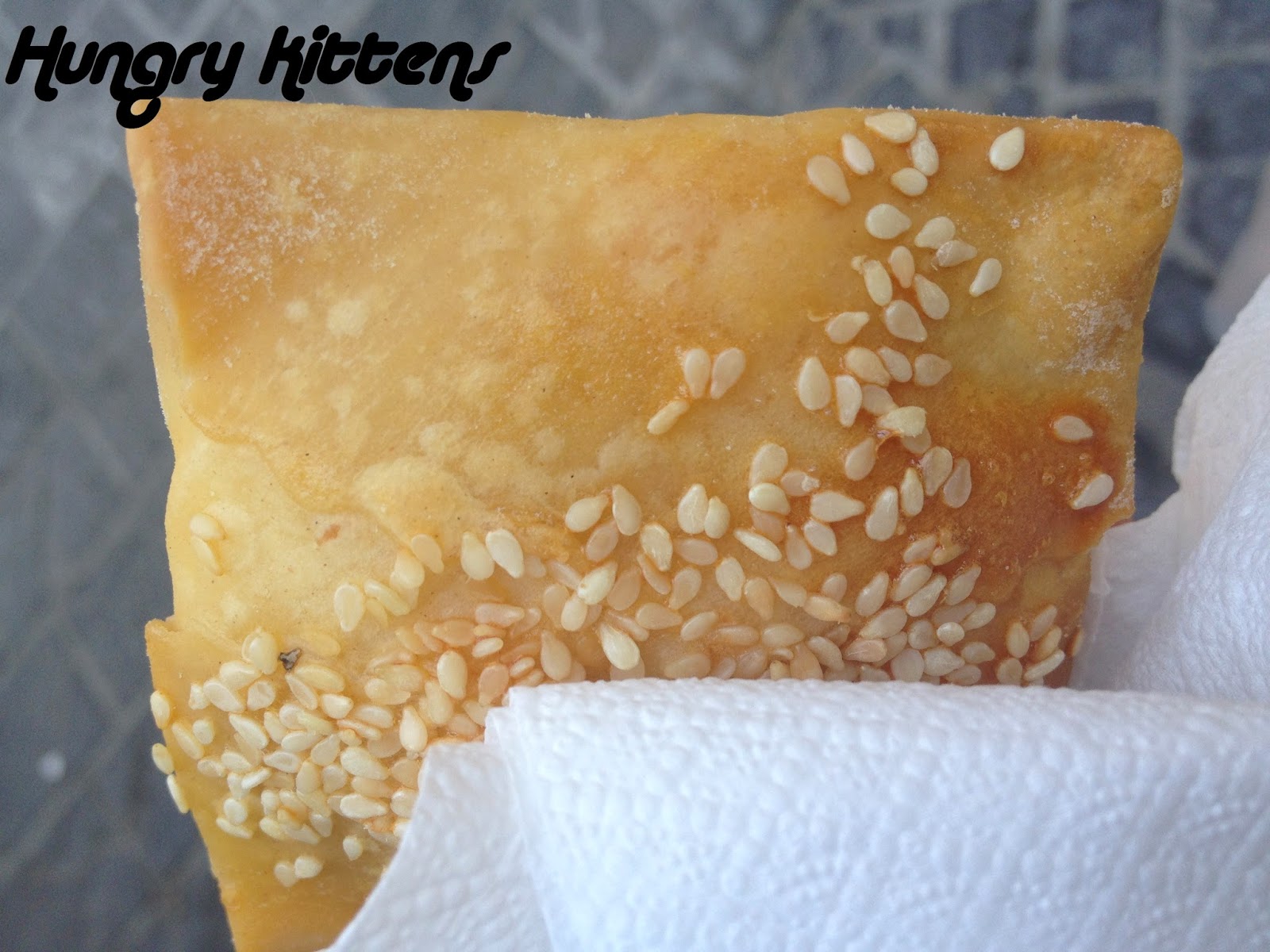 Some other stops we made included sesame brittle, pastries and wine. Contrasting to the Athens food tour, what I was more interested in on this walk was the city of Chania itself. 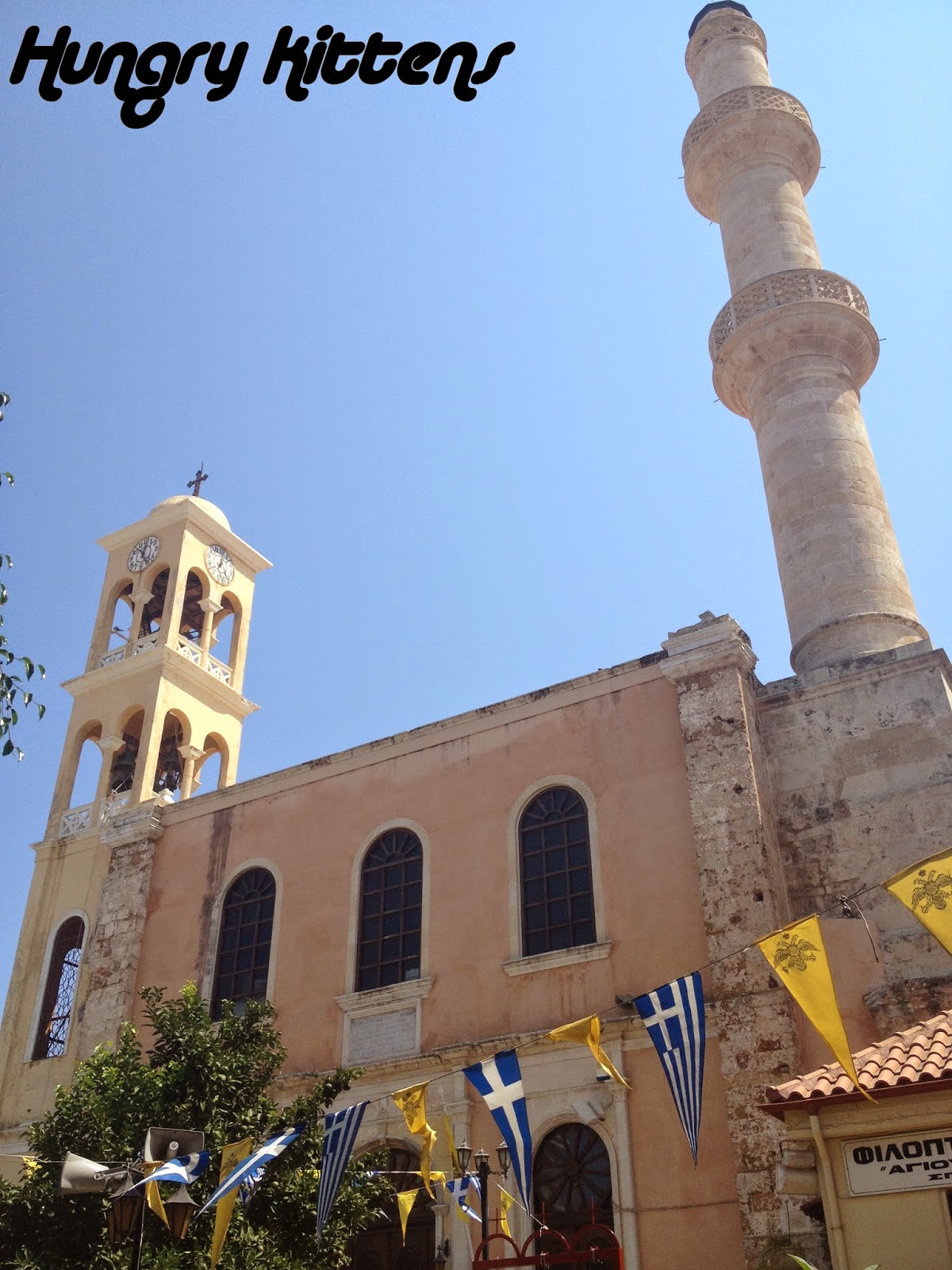 One building with Venetian, Greek and Turkish building styles

I really, really liked Chania. It's such a beautiful city with gorgeous old buidings with a variety of architectural styles, mirroring its mixed occupational heritage. 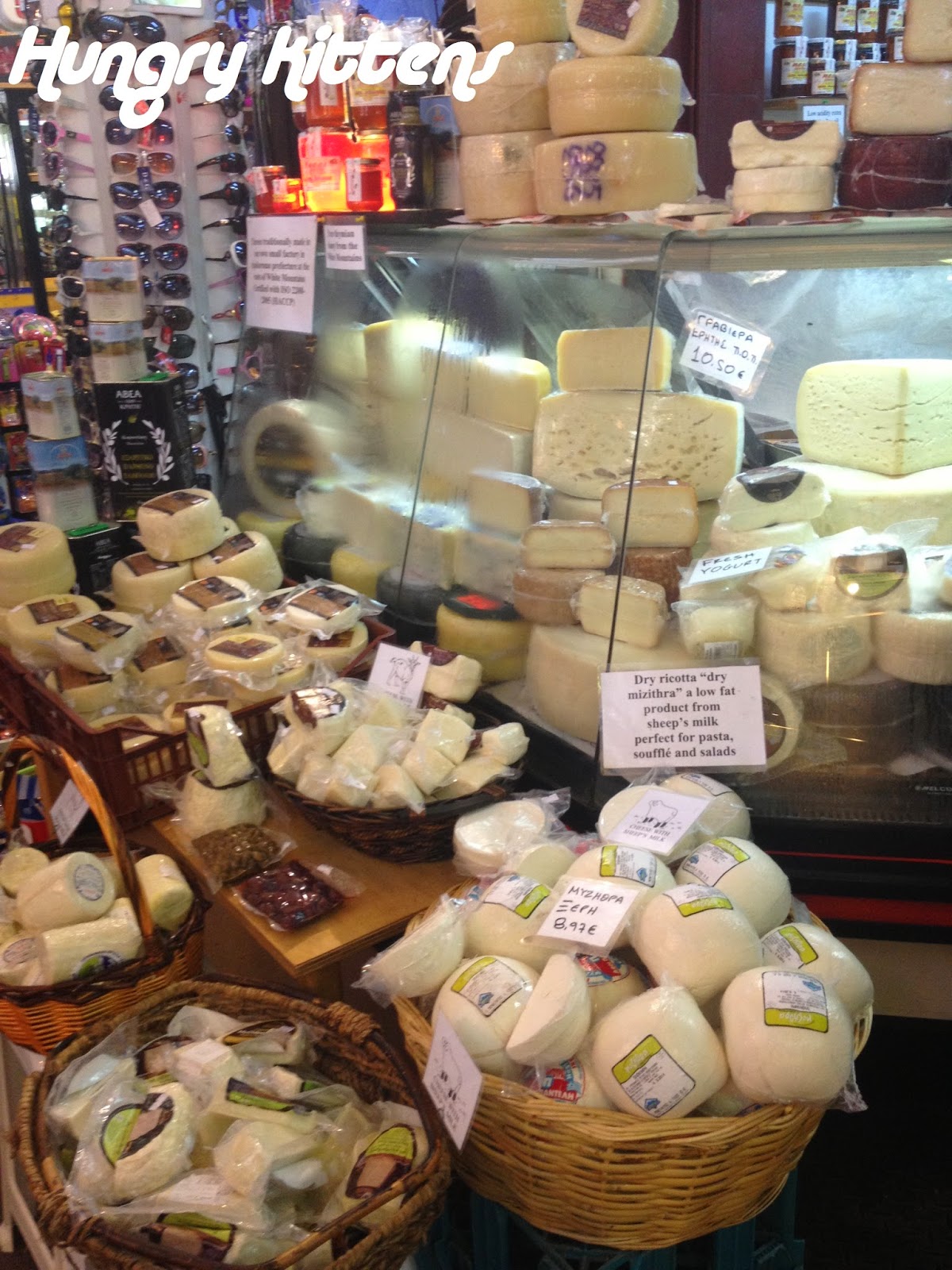 We passed through a market at some point and enjoyed talks (and samples) from a cheese vendor and another pastry stall. 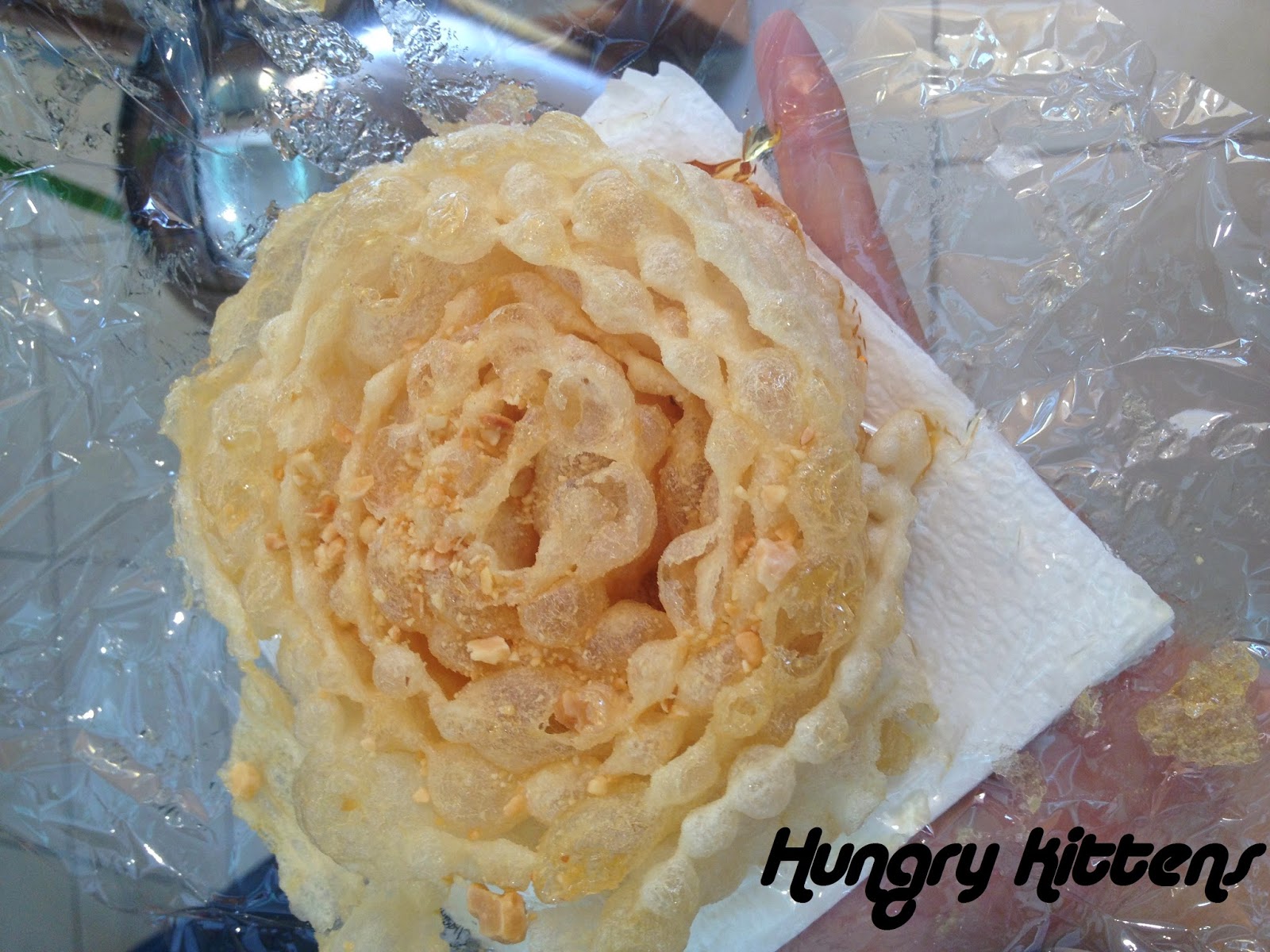 Can't remember what this is called but it's light and puffy

Marc and I then decided to have a proper lunch at the market after the tour concluded. We went back to one of the stalls in the market that offered pre-cooked dishes. 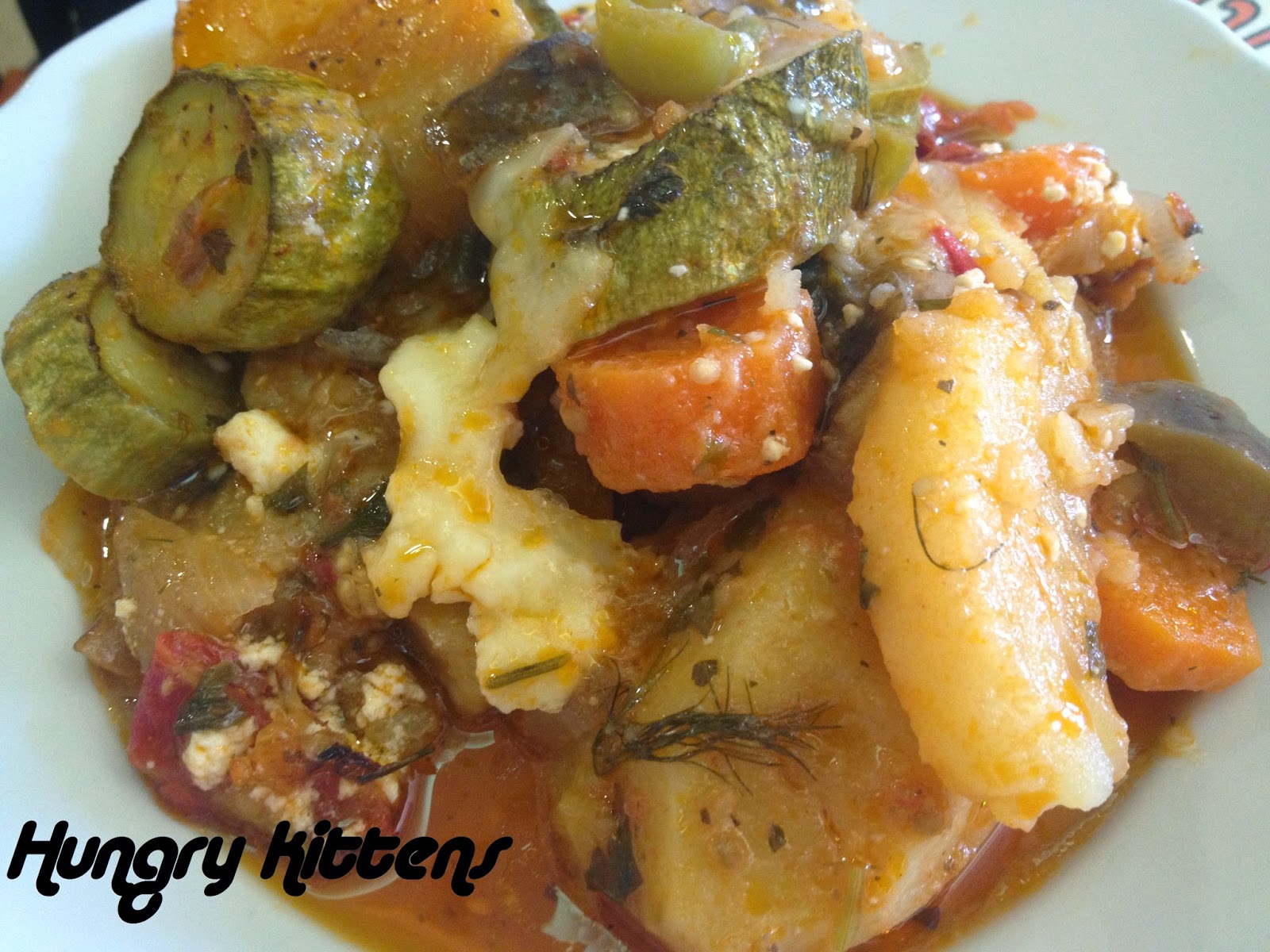 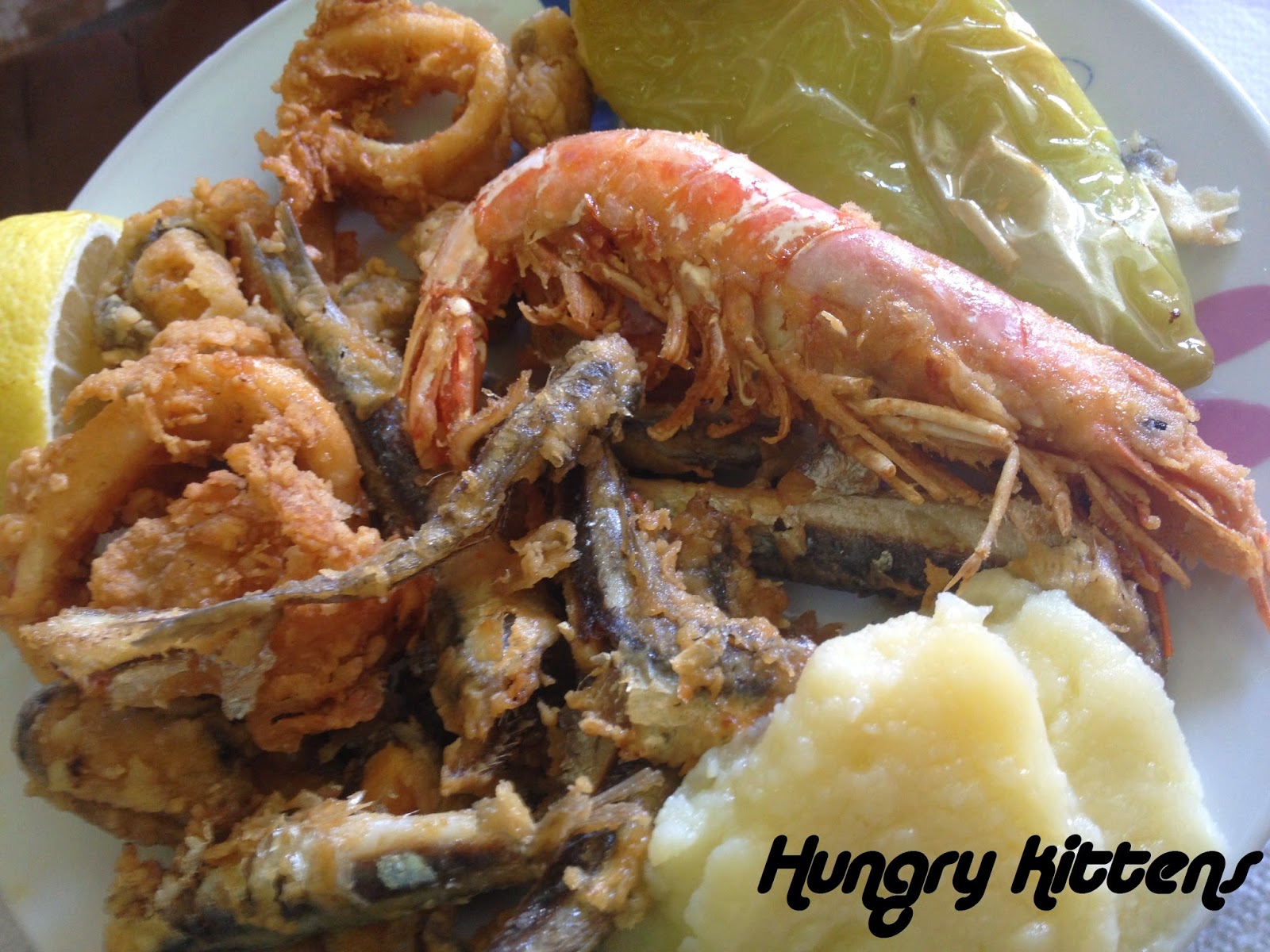 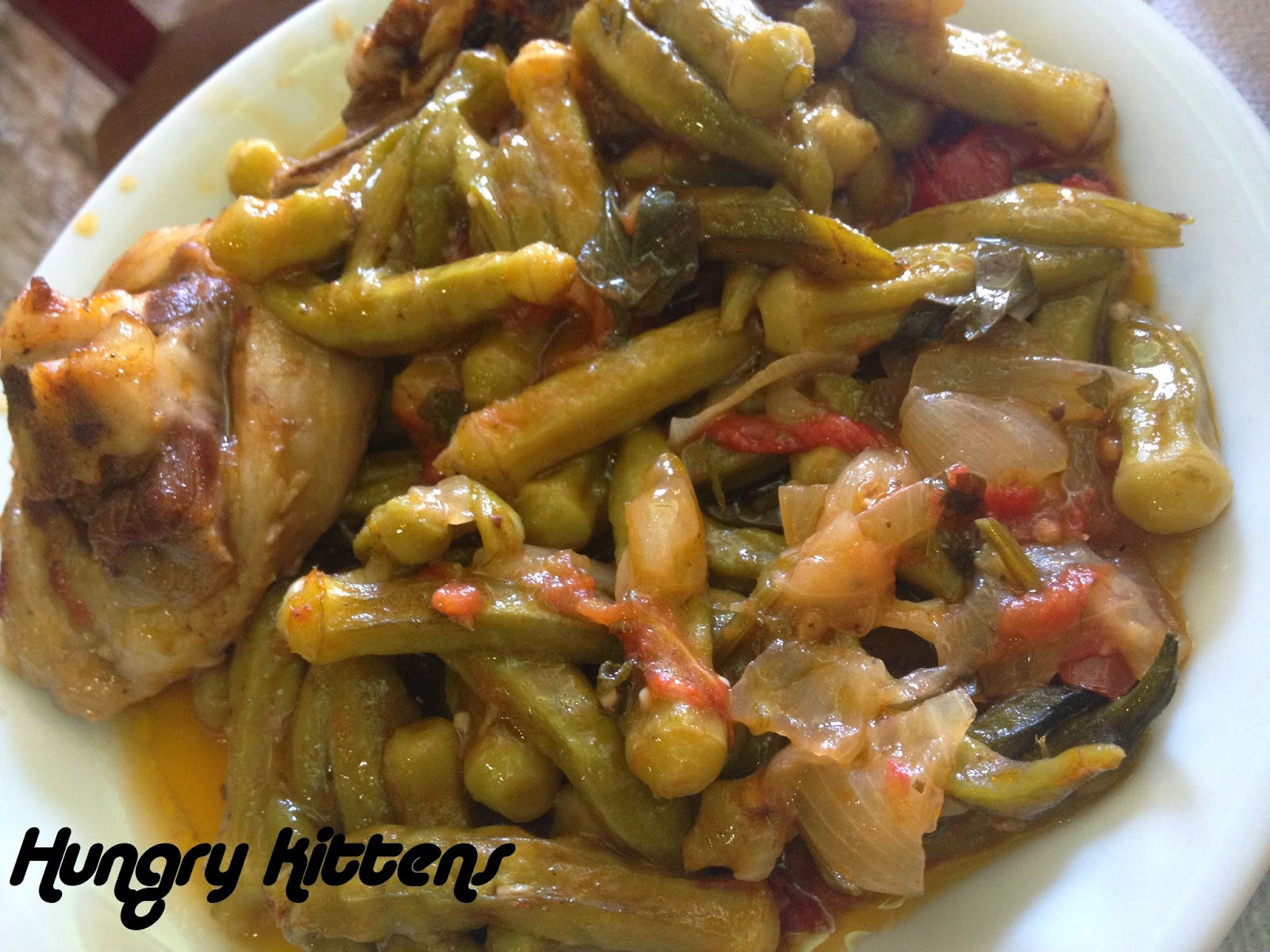 I really liked the look of the offerings in the counter so we just asked for a few plates to share. It was so cheap and flavoursome. If I lived locally, I would be eating this kind of food every day. 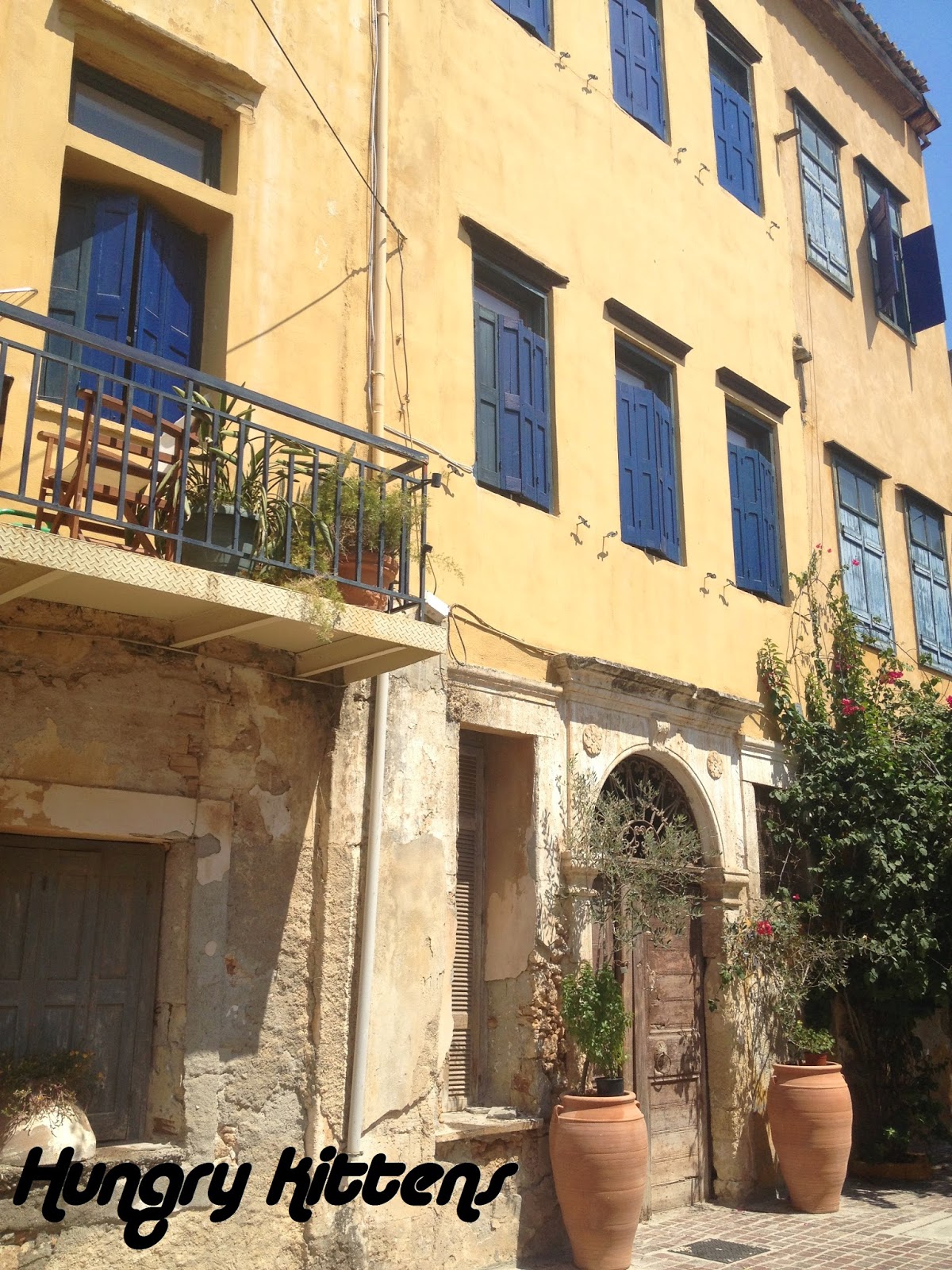 All in all, whilst I might not have a strong feeling about this exact tour, I have no hesitation in recommending Chania in Crete as a holiday stop. It's less touristy than some other parts of Greece but has a real charm to it that I found irresistable.
Labels: Casual Dining, Commentary, Europe, Greek Restaurants, Travel