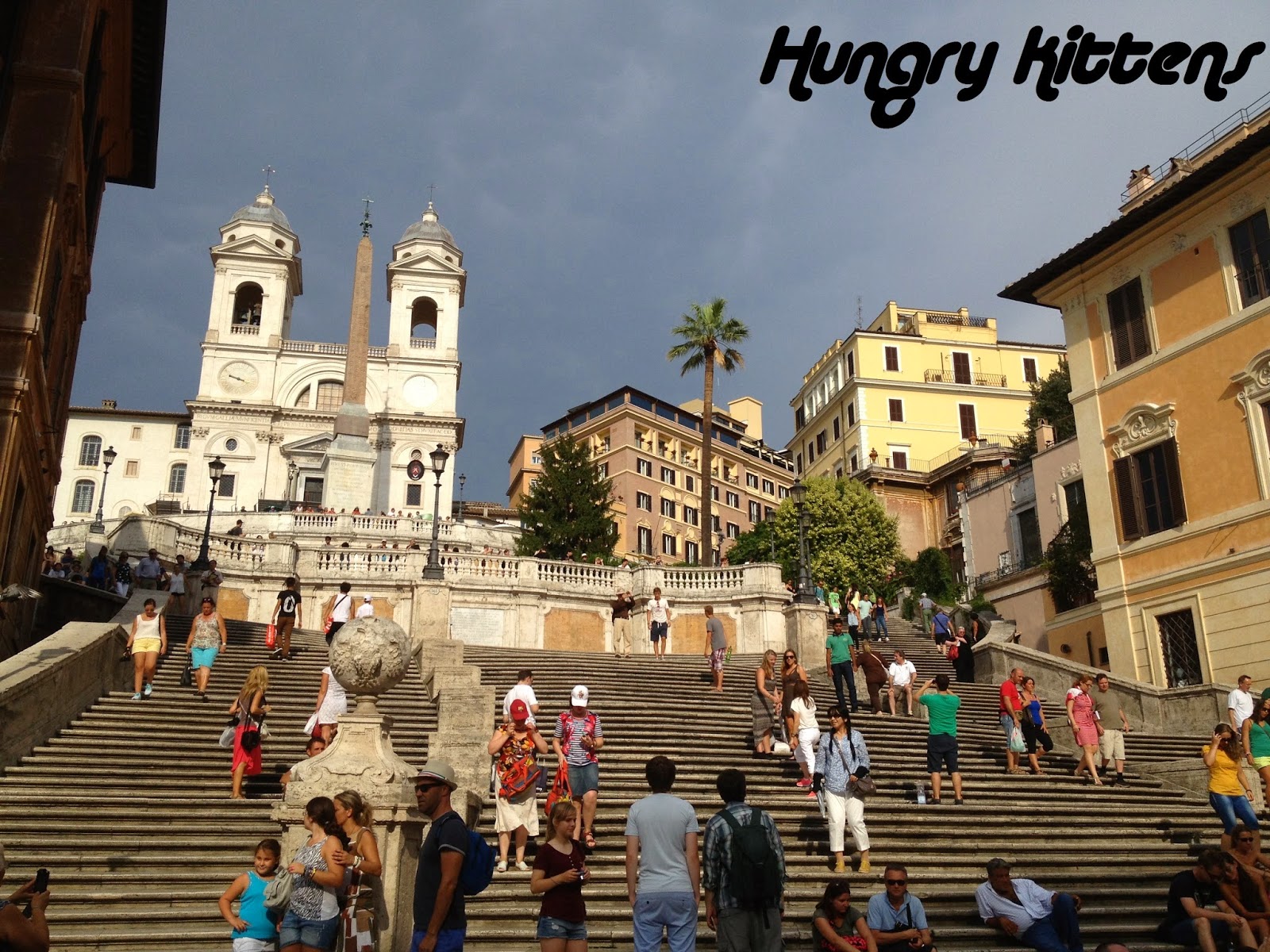 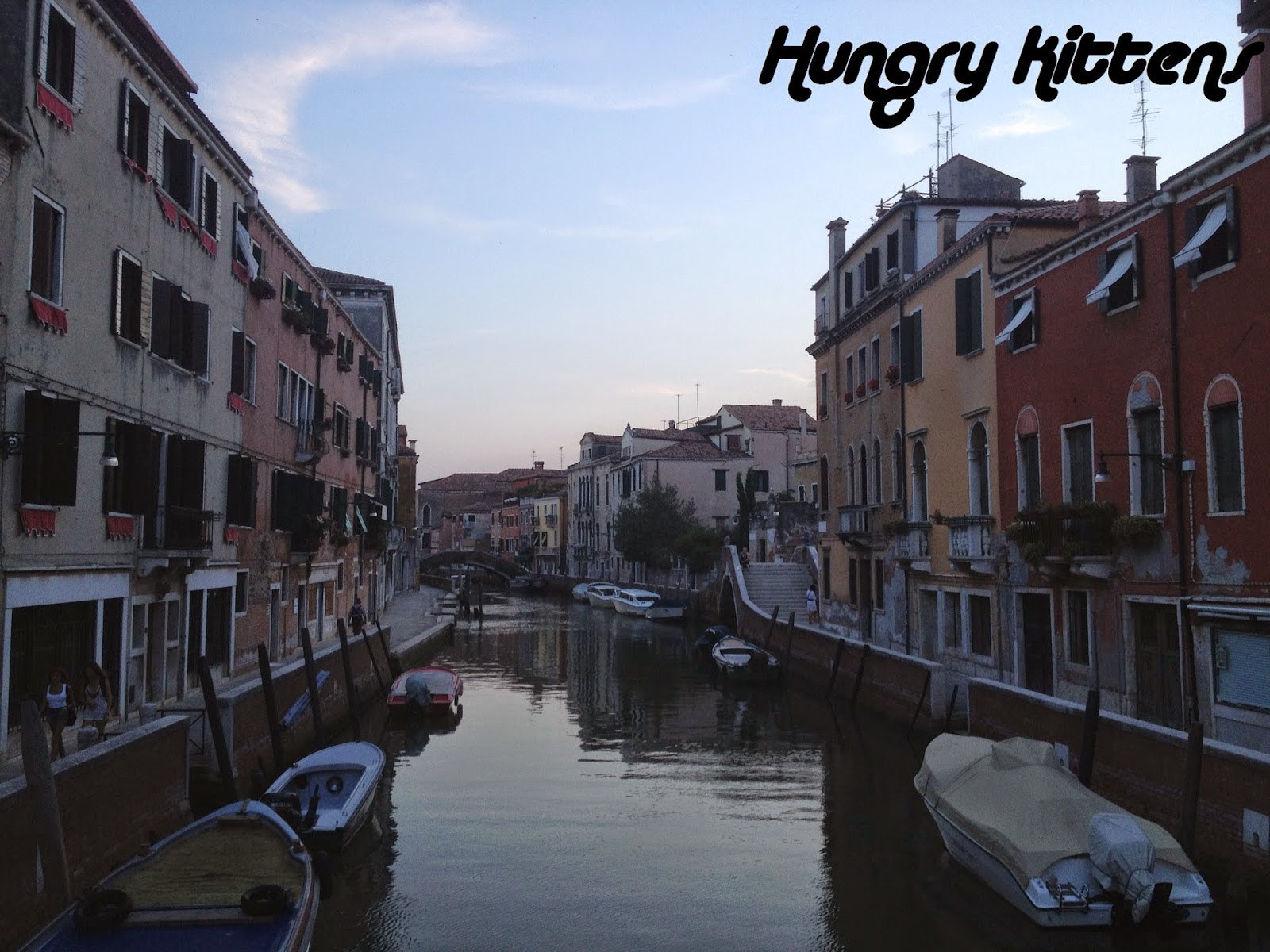 If you thought Germany was a long post, this right here will be the longest post. Marc and I spent the most time in Italy, nearly 3 weeks. Now that I'm back, I can confidently proclaim Italy as my favourite destination throughout our trip. It's a combination of the weather, food and architecture that suits me to a tee. We started our Italian sojurn in Venice. Venice was as picturesque as I expected it to be. What I didn't expect was just how touristy it was. It was crazy! Think about the high volume of tourists in Summer and add the fact that Venice is a maze of tiny alleys and canals that look exactly like one another and you end up with a big headache. I'm ashamed to admit I lost my cool on a number of occasions, getting frustratingly lost and also overwhelmed by the density of other human beings. 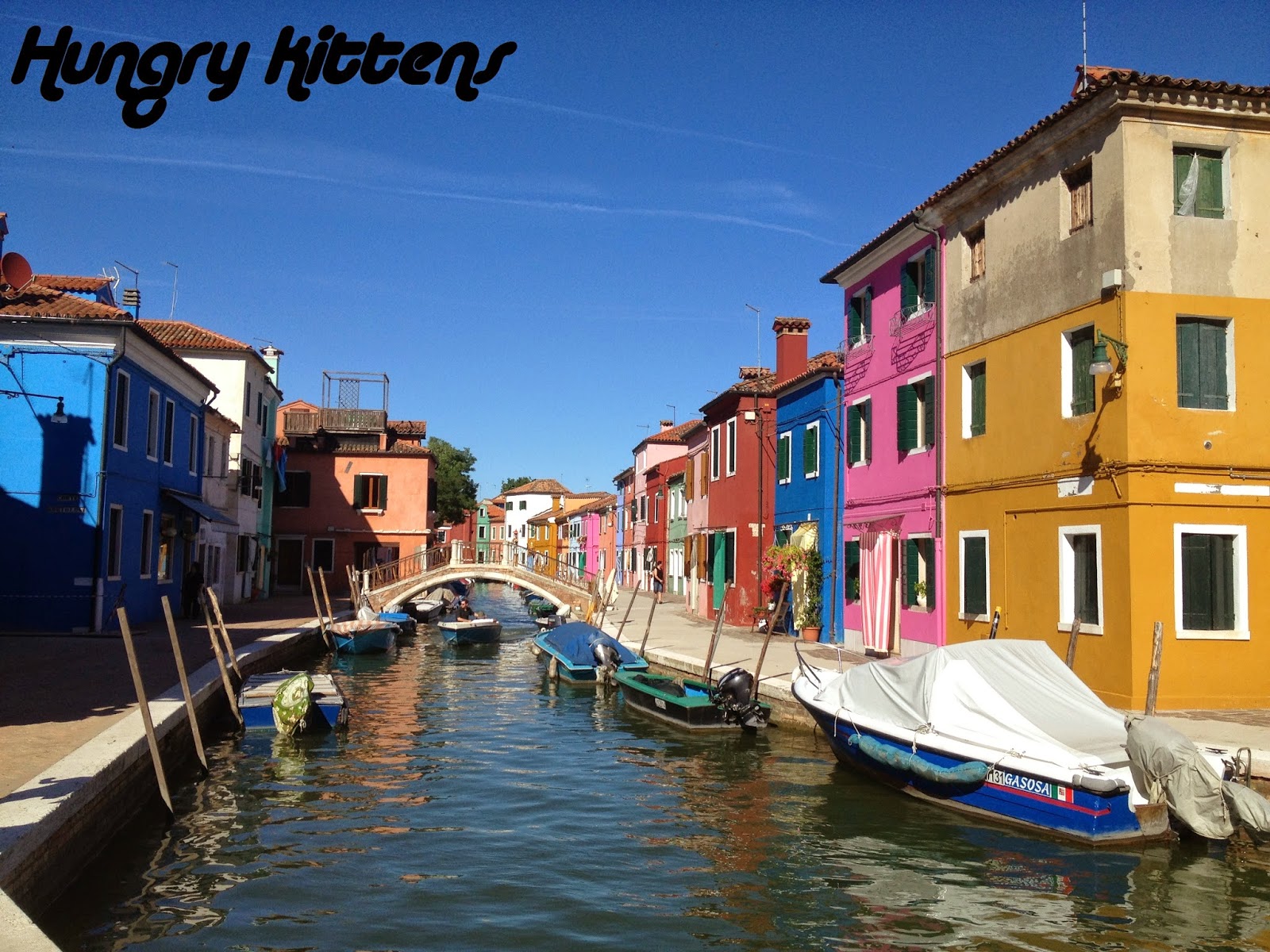 What I did manage to enjoy was a day trip out from Venice to the nearby islands of Murano, Burano and Torcello. Burano in particular left an impression on us with its brightly coloured buildings. It was like Venice on drugs.

I'll do a brief overview of the food we had throughout Italy because for us, it didn't vary too much between the cities that we visited. I won't say that's because Italy has a lack of options. I'm sure that authentic Italians can point out local specialties in every town but as tourists, Marc and I were drawn to the easy-to-access venues. Our daily meals for the entire 3 weeks can be summed up as: pizza, pasta and gelato. I dare say that every meal we had either comprised of or was nothing but either pizza or pasta. 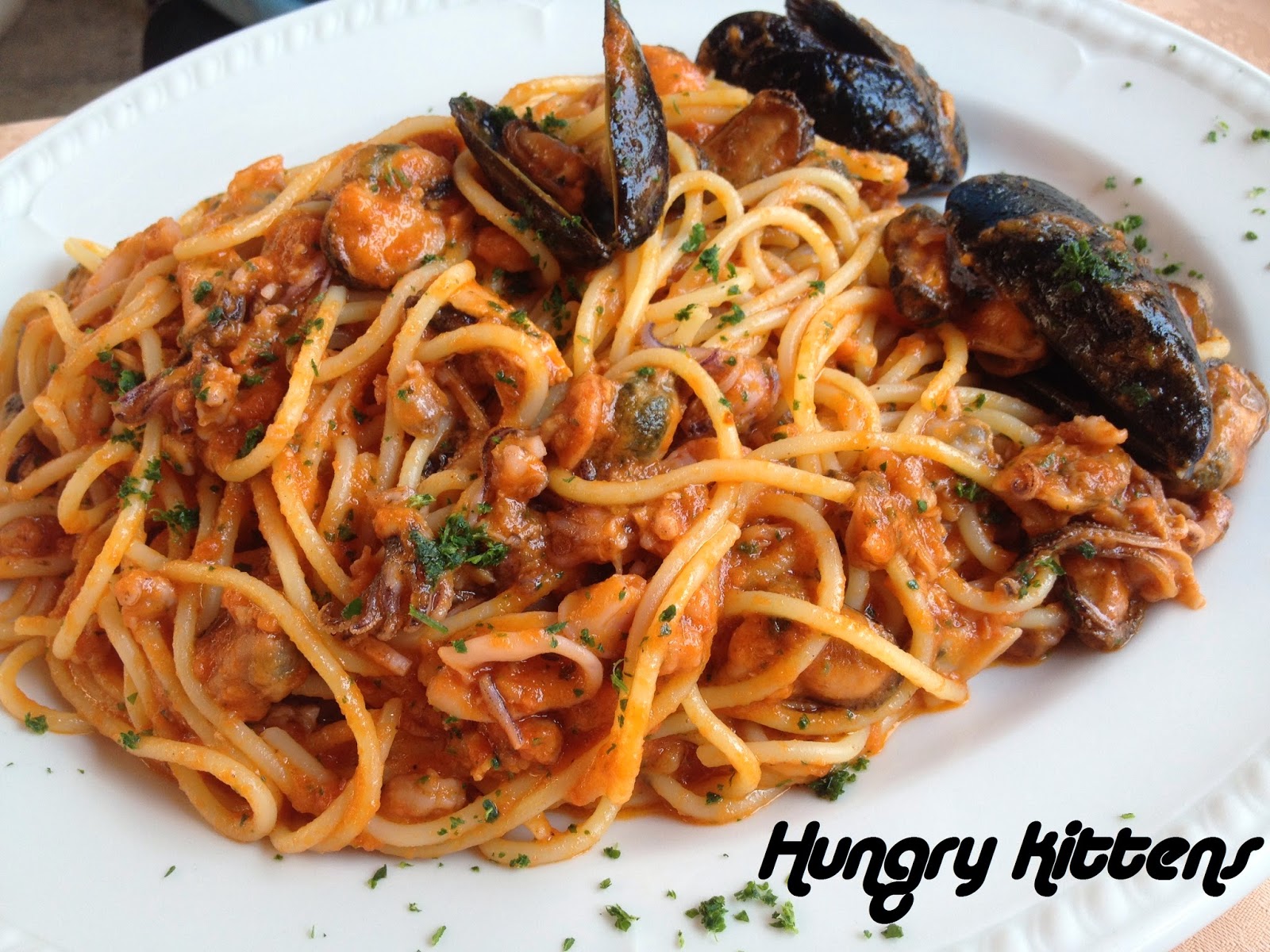 Before our trip started, if someone told me that's all we'd be eating throughout Italy, I would have said we'd be sick of it. Unlike German food, however, Italian food never got tiresome. As full as I inevitably was from the extreme carb load in one meal, by the next day I was already craving my next hit. 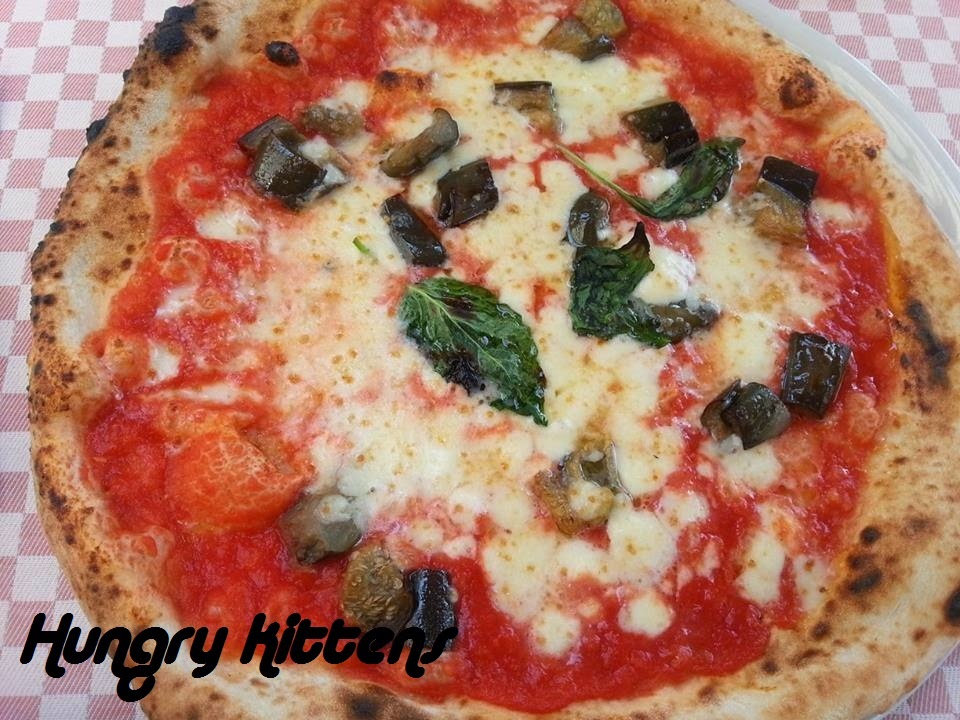 Sure there was the occasional pizza or pasta dish that was 'average' but I am adament that even 'average' in Italy would be hailed as amazingly authentic in Brisbane. I don't dine out at Italian restaurants in Brisbane very often because it can be stodgy and overly Westernised. The odd Italian restaurant that does offer pizzas with actual thin bases and pasta not drowned in cream is usually packed to the rafters, expensive and lacking in service. As desirable as their food is within a Brisbane setting, I reckon any random Italian restaurant on the side of the street can produce comparably good food. I never had one meal in Italy that was outright disappointing. 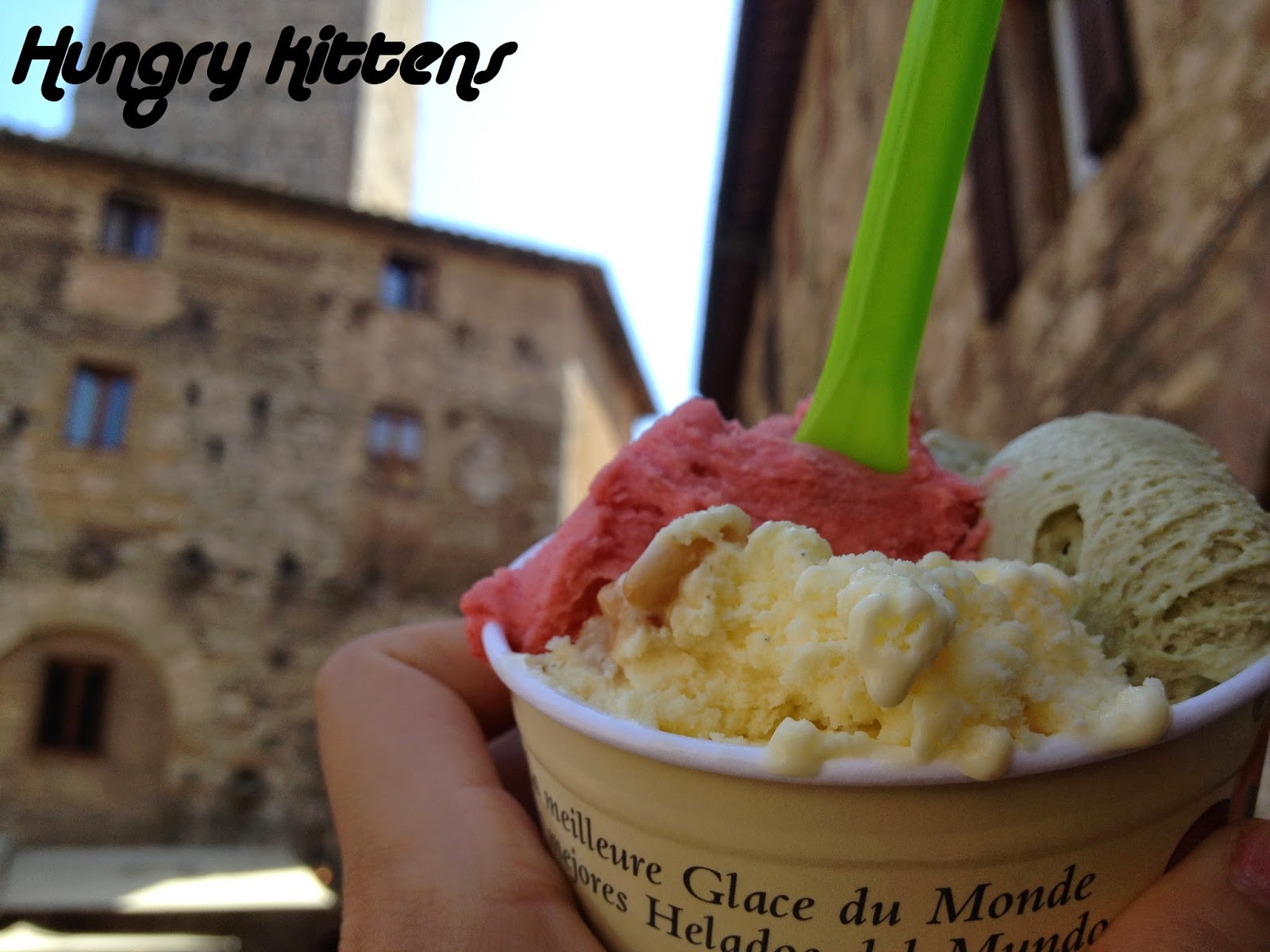 And did we get fat? We sure did. Even in spite of the walking and occasional hiking excursions, I'm sure I piled on a couple of kg on this leg of the trip and honestly, I have zero regrets because the food was so good.

Another notable feature was the Italian fresh fruit and vegetables. Even something as plain as a tomato just tasted so amazing. This rang true throughout Greece and Turkey as well. It must be something in the air. 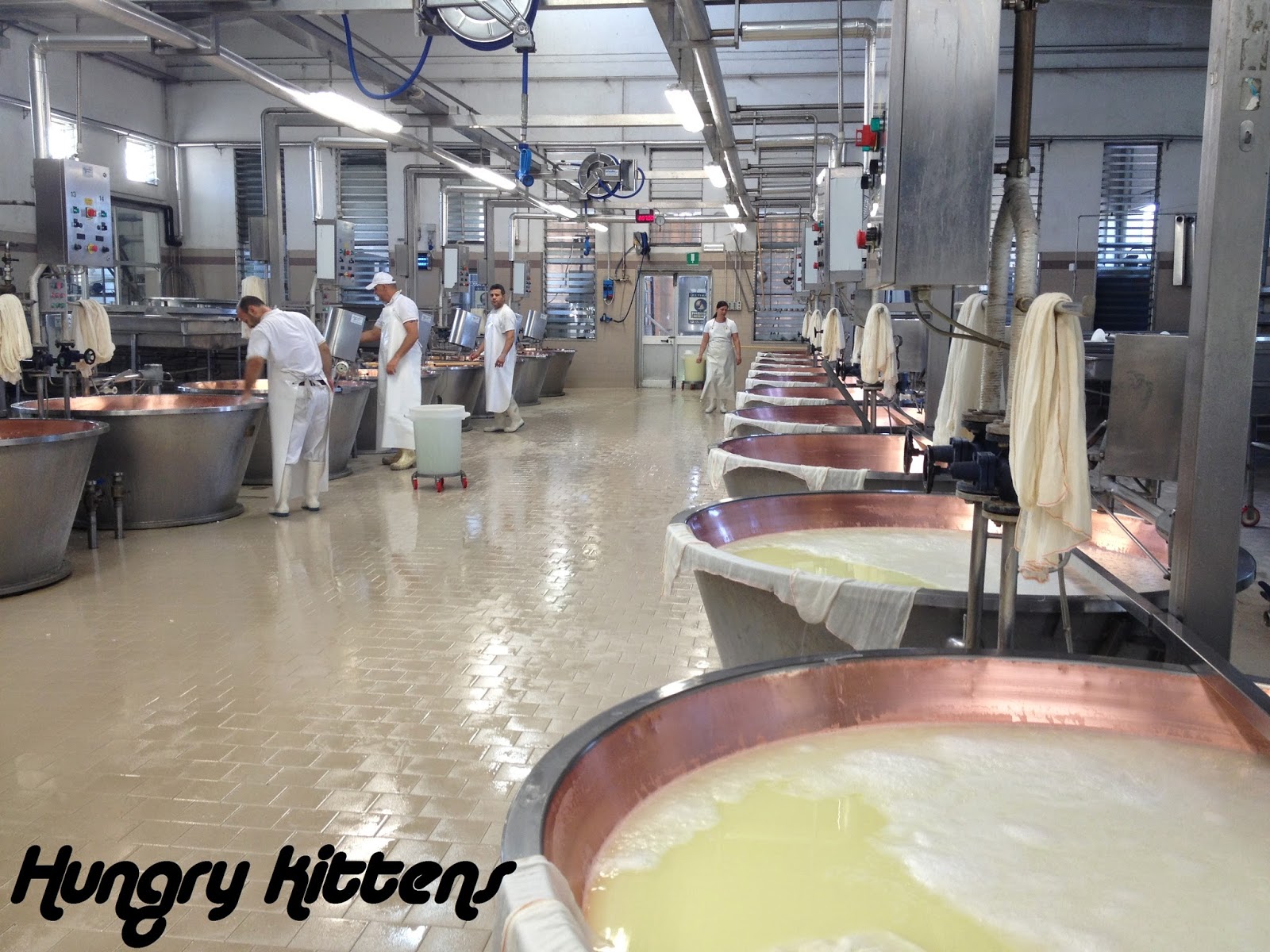 From Venice, we moved onto Bologna. Marc and I made many silly guesses about places based on their names (e.g. that hambugers were invented in Hamburg). It was a clear leap to assume Bologna was the home of bolognaise sause. The name is actually related to the bologna sausage that Americans call baloney. Bologna is the capital of Emilia-Romagna, a region full of food-sounding cities such as Parma (think ham and parmesan cheese) and Modena (balsamic).

It's no surprise I was drawn to the produce aspect of this region so we embarked on a food tour run by Italian Days. I found out about this tour due to its rave reviews on Tripadvisor and I can assure you it is indeed amazing. There tour has been blogged about separately here. 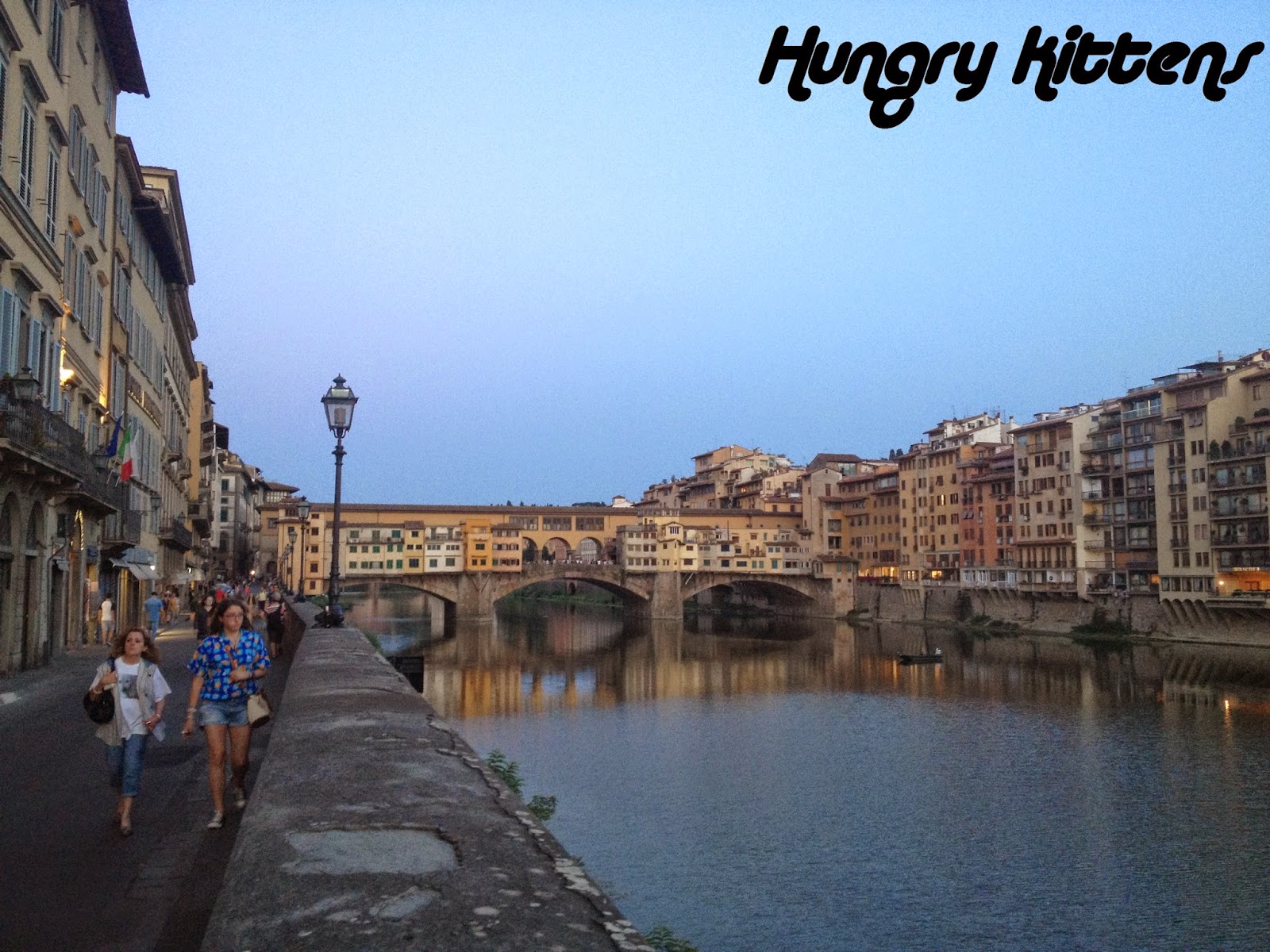 Our next stop in Italy was to be Florence. We didn't spend as much time in Florence itself as I might have liked because we used it as a kick off point for a couple of tours. One day was spent checking out other cities in the region of Tuscany, namely Sienna, Pisa and San Gimignano. 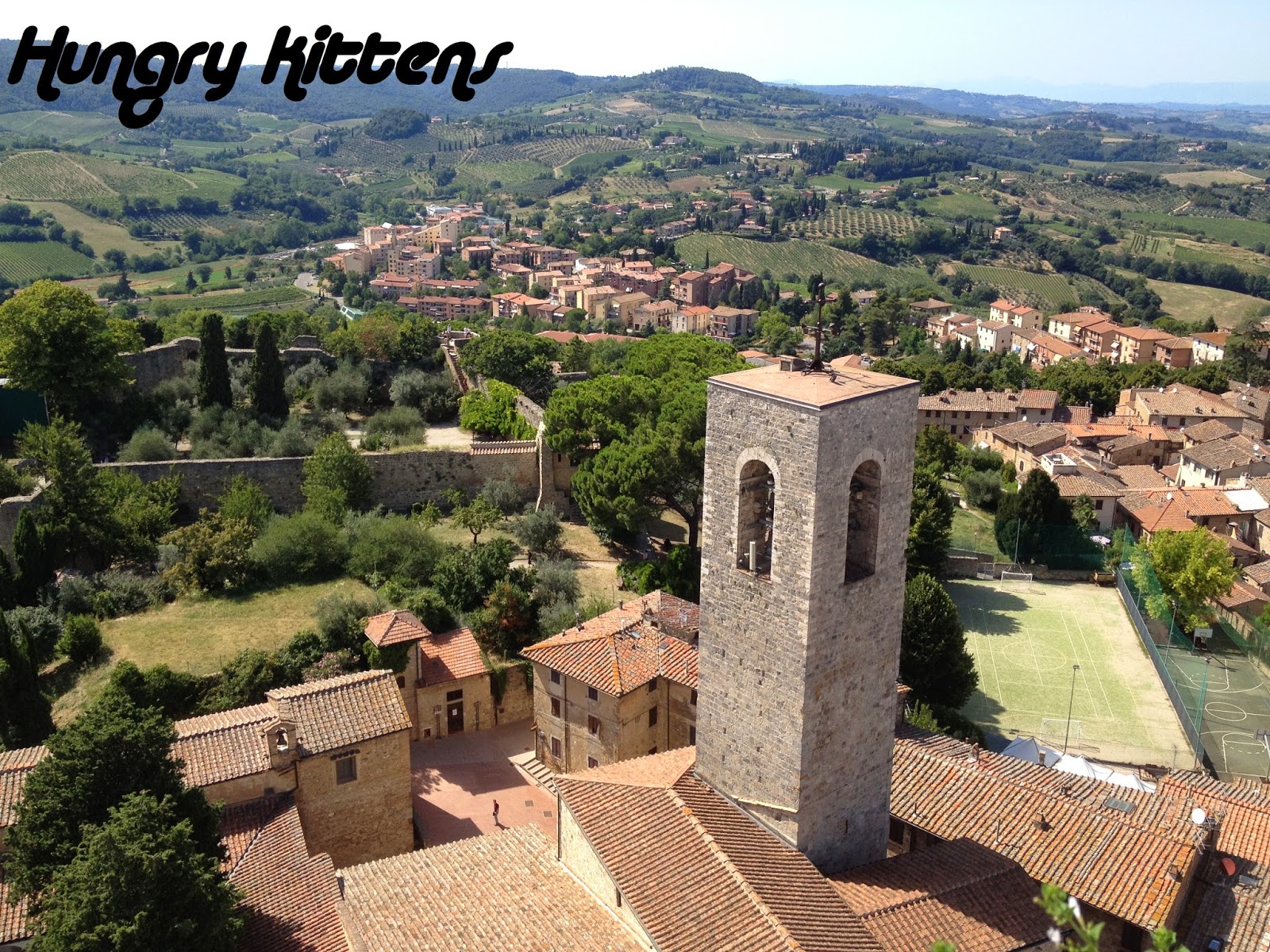 Our tour, called 'Best of Tuscany' was run by Walkabout Florence, and I loved it. The pacing was great and our guide was fun and entertaining. The stops were exactly what I wanted to see and I feel like I got a real taste of the beauty of Italy. 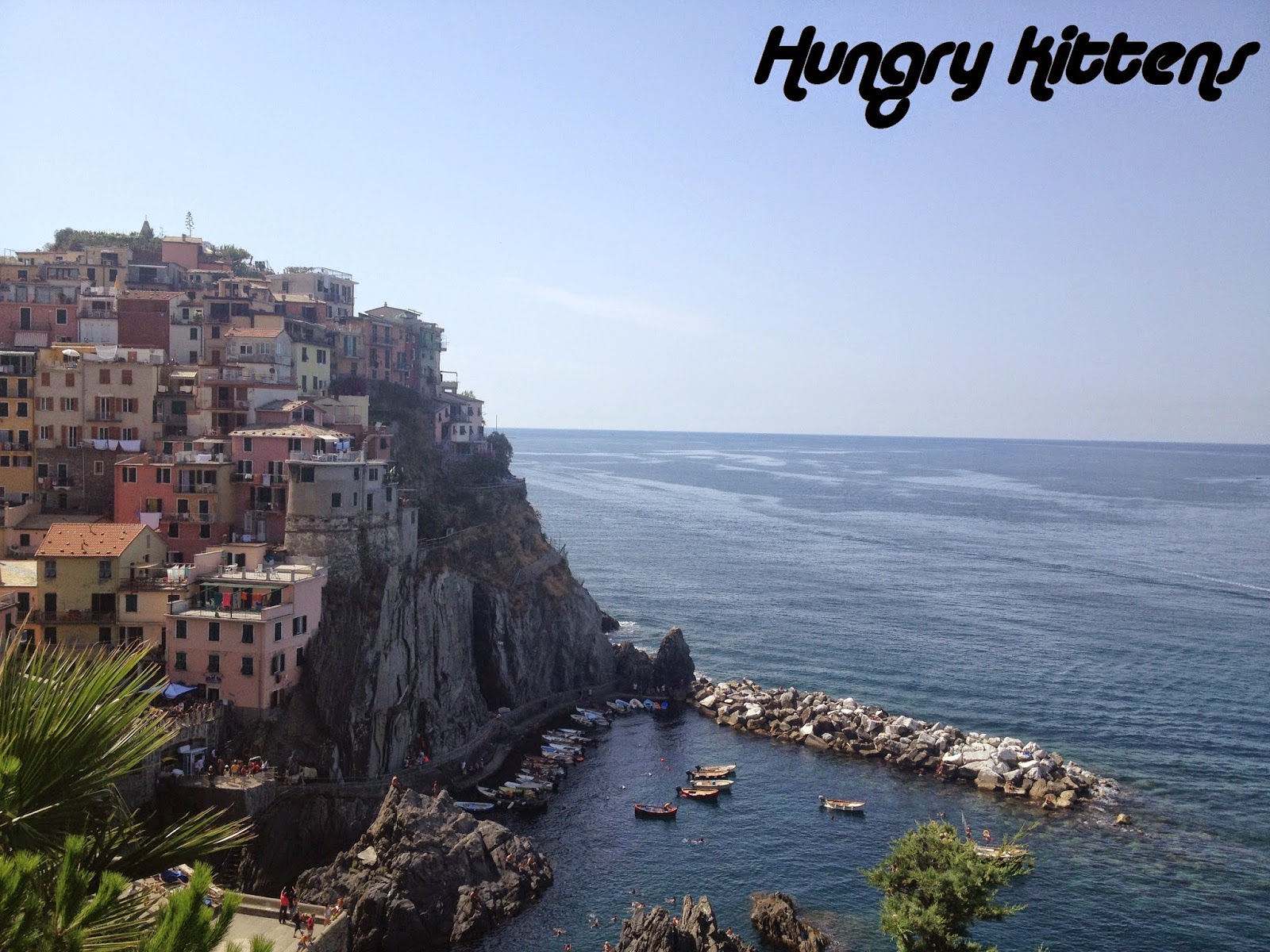 The other day tour we embarked on was to the Cinque Terre, also run by Walkabout Florence. Oh my gosh, everyone needs to go to this place at least once. 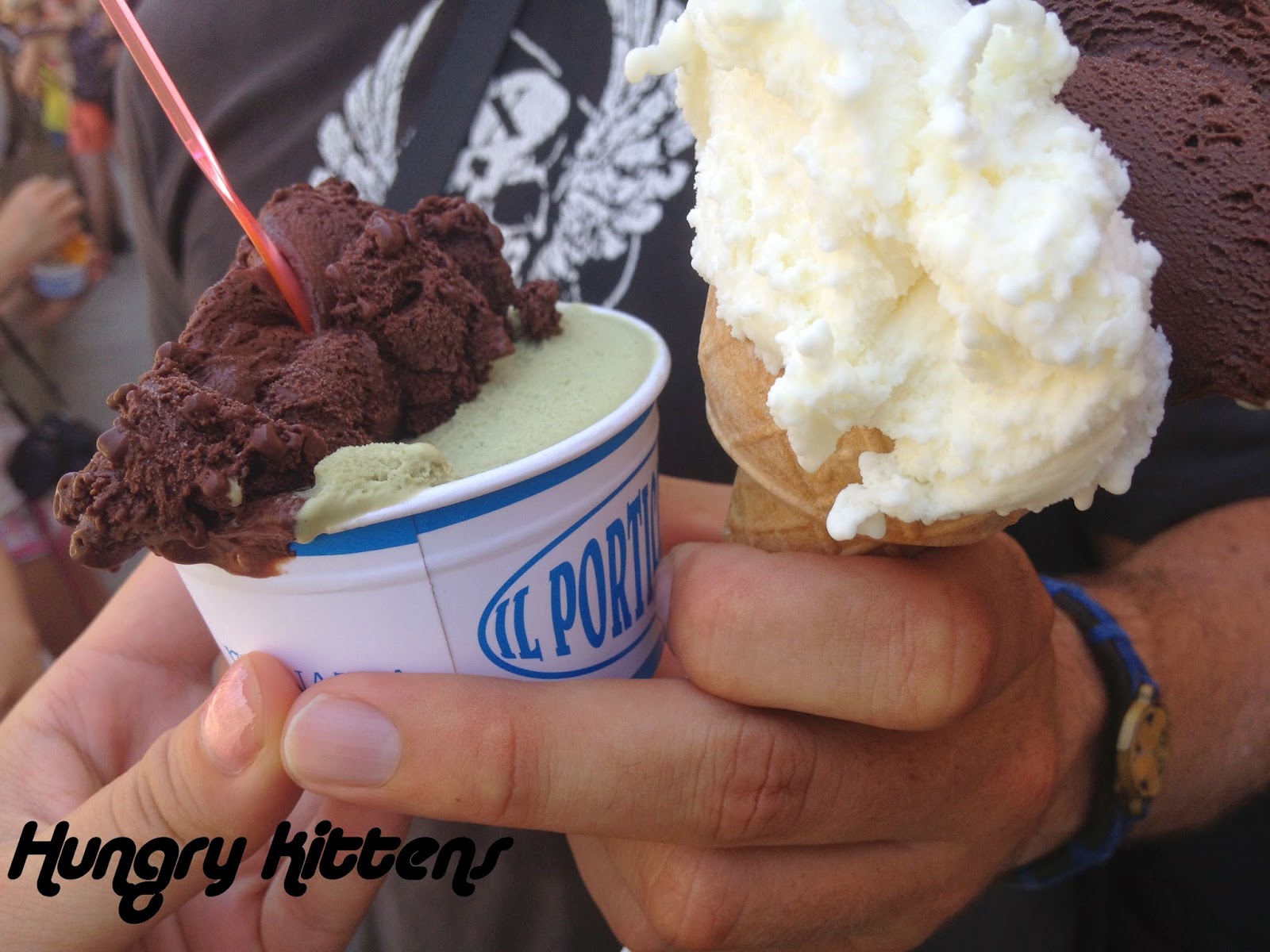 Best chocolate gelato we had, from Il Portico in Cinque Terre

Cinque Terre means 'five lands' i.e. 5 villages, all by the water and staggered along the cliffs. Just think of the exquisite combination of mountain and ocean and add the colourful, vibrant, iconic Italian towns and you get an unforgettable result. 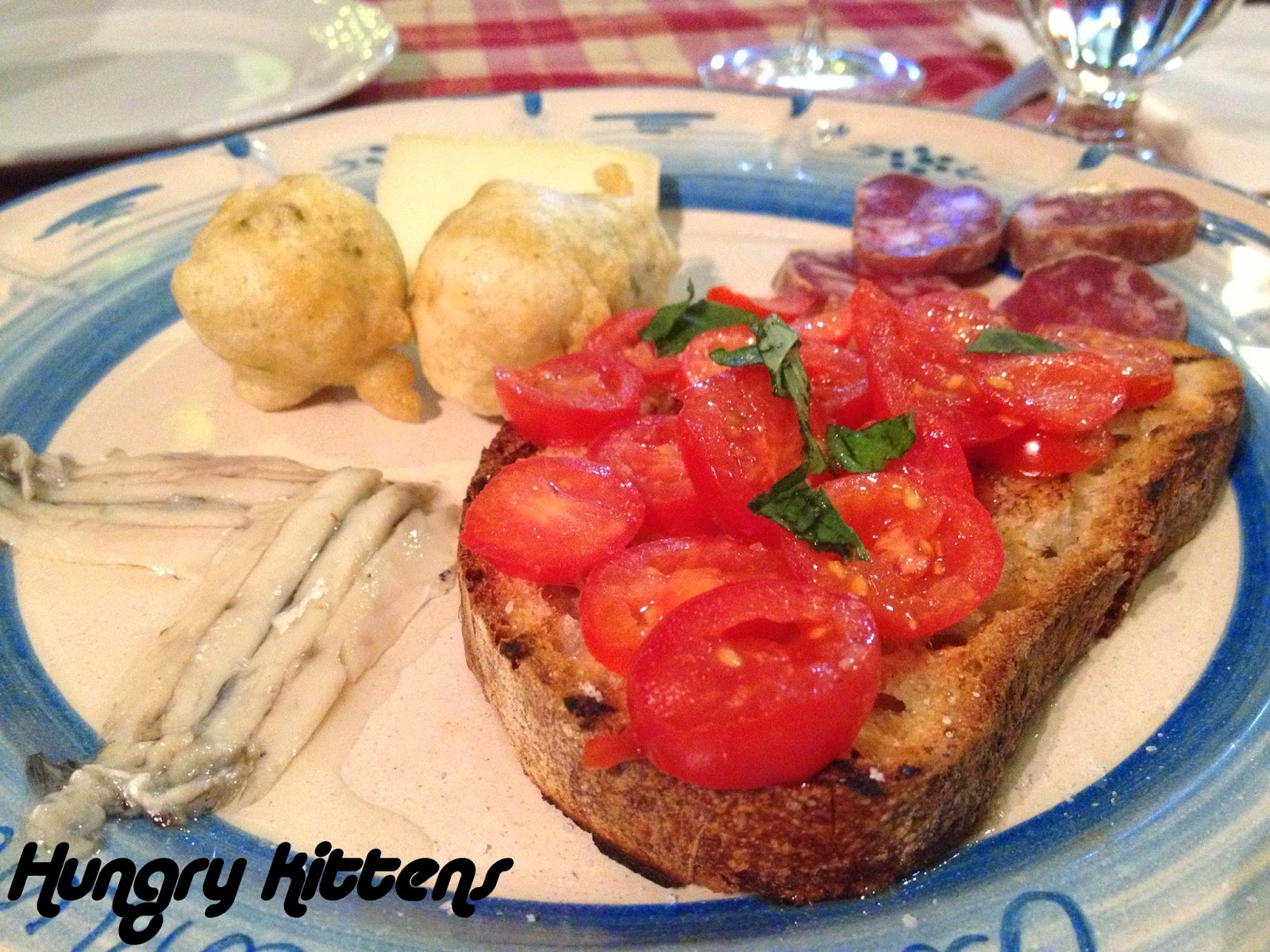 The buildings are bright and the sites are striking. We got there by bus but hiked within from one town to another. I won't lie, it was a difficult hike with lots of up and down but it was breathtaking. This is one of those moments in my life I had to stop and think to myself "the world is so amazing". I felt lucky to be alive. After the adventuring around Florence, we headed onto the Amalfi Coast. This is another occasion where I'll make special mention of the accomodation we stayed at because it was a stand out. The Amalfivacation Complex was a b*tch to locate but once we got there, I fell immediately in love. The complex is a set of villas perched up on the Amalfi cliffs. It's about a 10 minute (super scary walk, due to the cars and lack of footpath along the cliff) to the small, lessor known town of Minori. 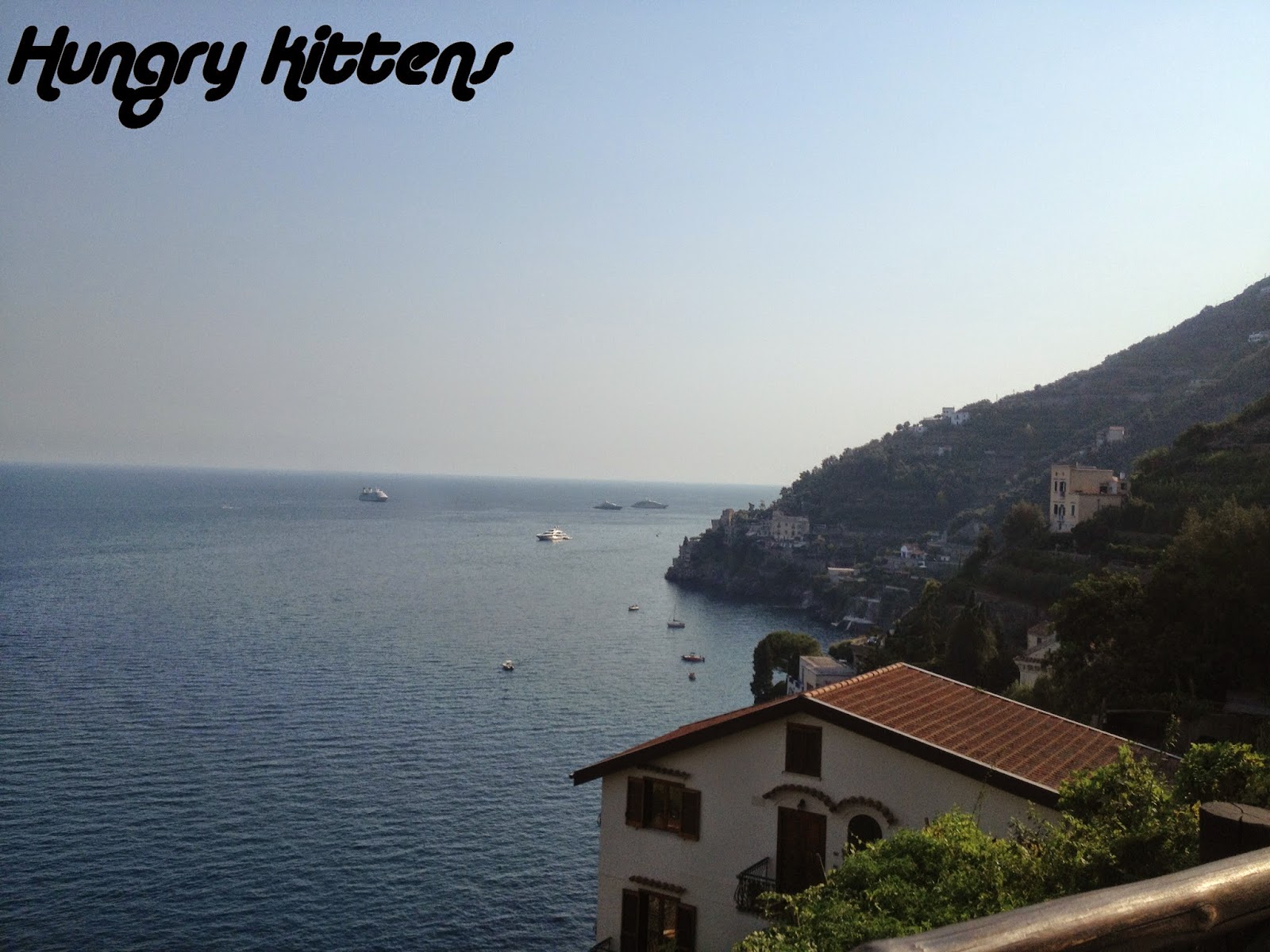 View from our villa terrace

We had a bedroom, bath, comfy lounge and terrace to ourselves. It was enough space to feel like a home away from home. We even had a family of cats visit us. 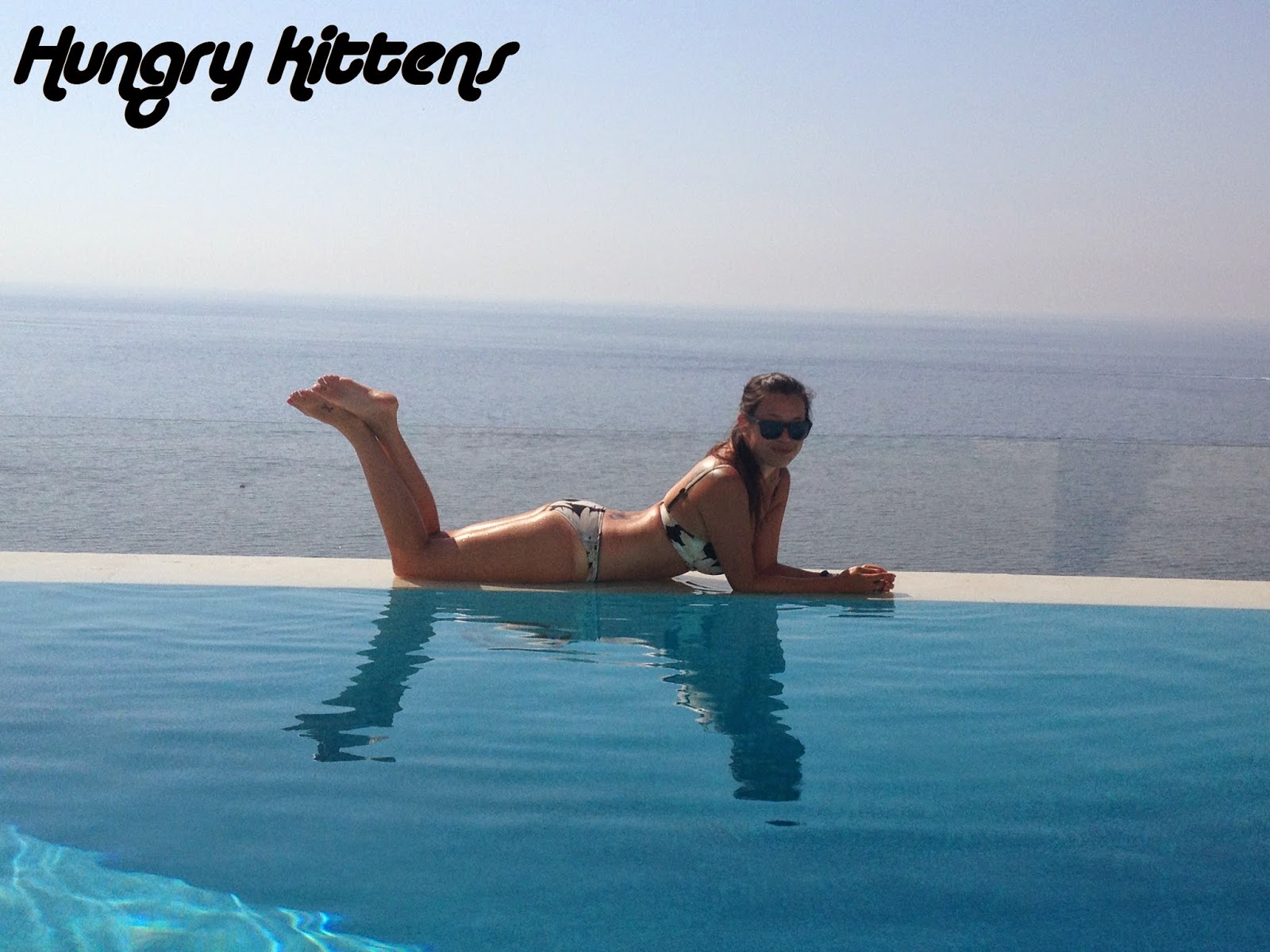 The shared pool was stunning. It's a large infinity pool looking right onto the ocean. Needless to say, we spent a lot of time there. 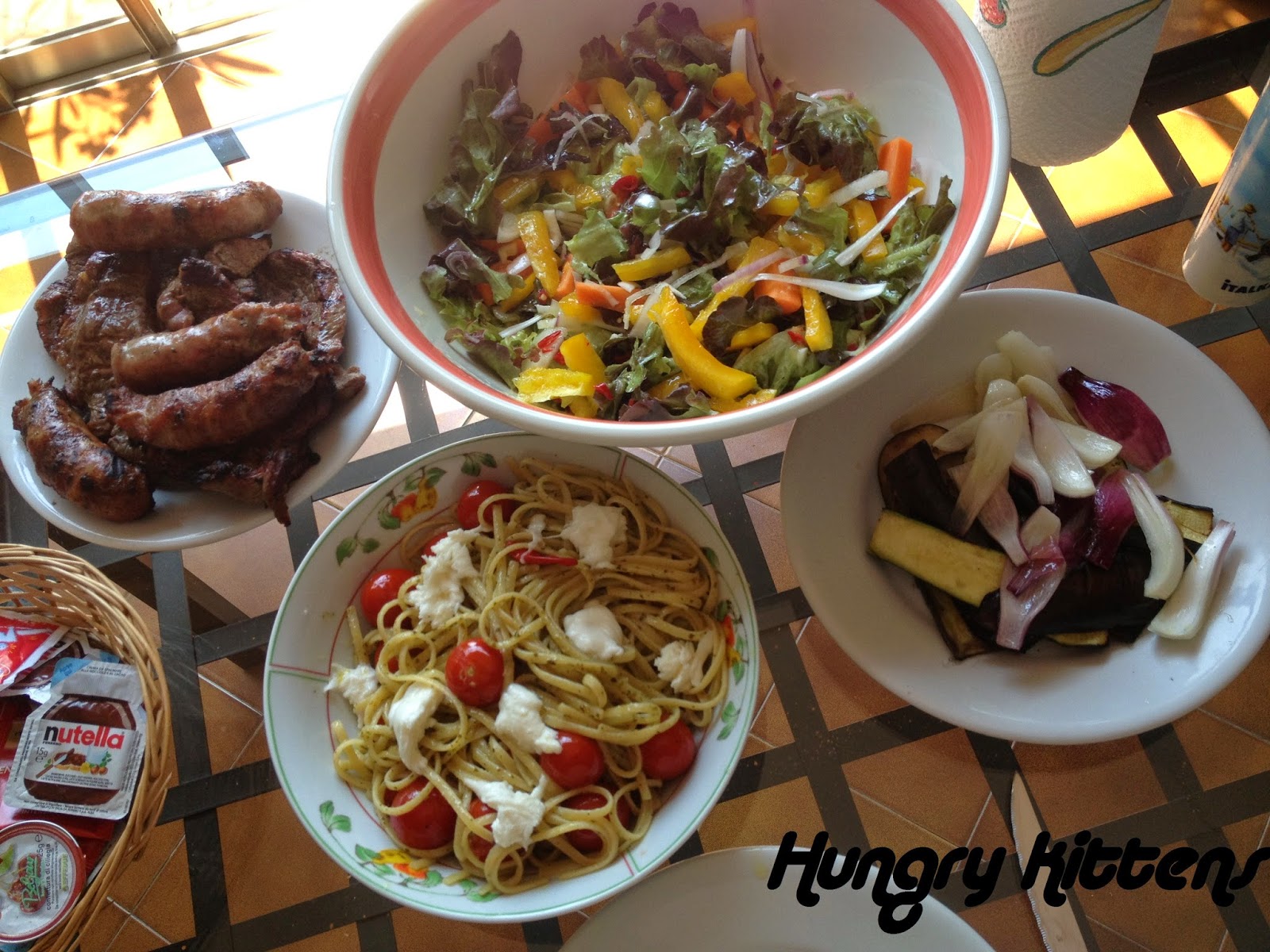 I decided to test out my cooking skills one day when we headed into Minori to do a spot of grocery shopping. It was so much fun picking up the various ingredients from the specialist shops (butcher for meat, greengrocer for veggies, dairy for cheese). I got a tiny taste of what it feels like to be an Italian local. 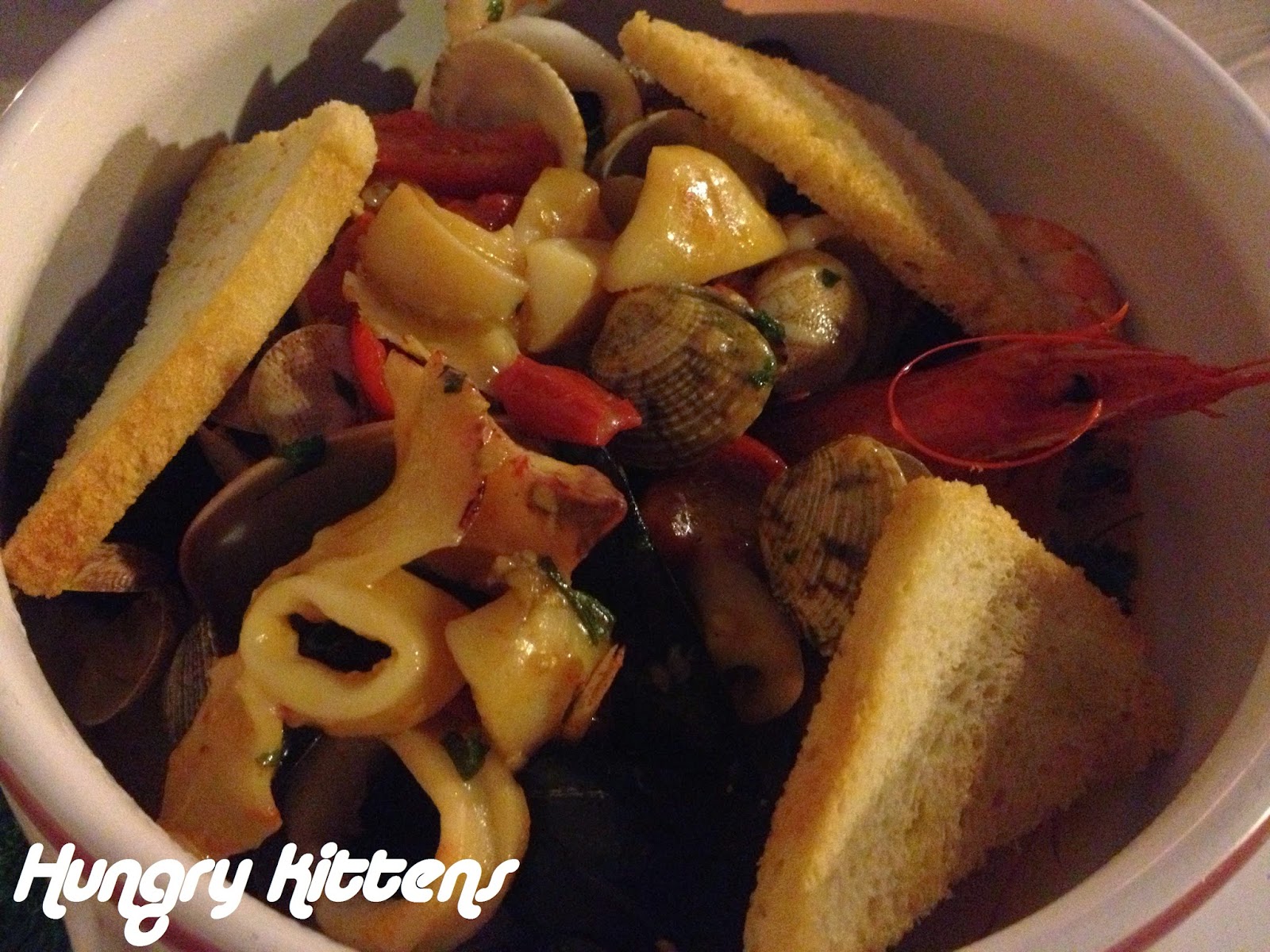 As perfect as life in the villa was, we still wanted to explore the rest of the Amalfi coast. The best way to see it is by boat because the towns look so beautiful from the sea. We didn't spend long exploring the towns themselves because the bigger ones, Amalfi and Positano, looked very touristy. I liked Minori because it felt more genuine. 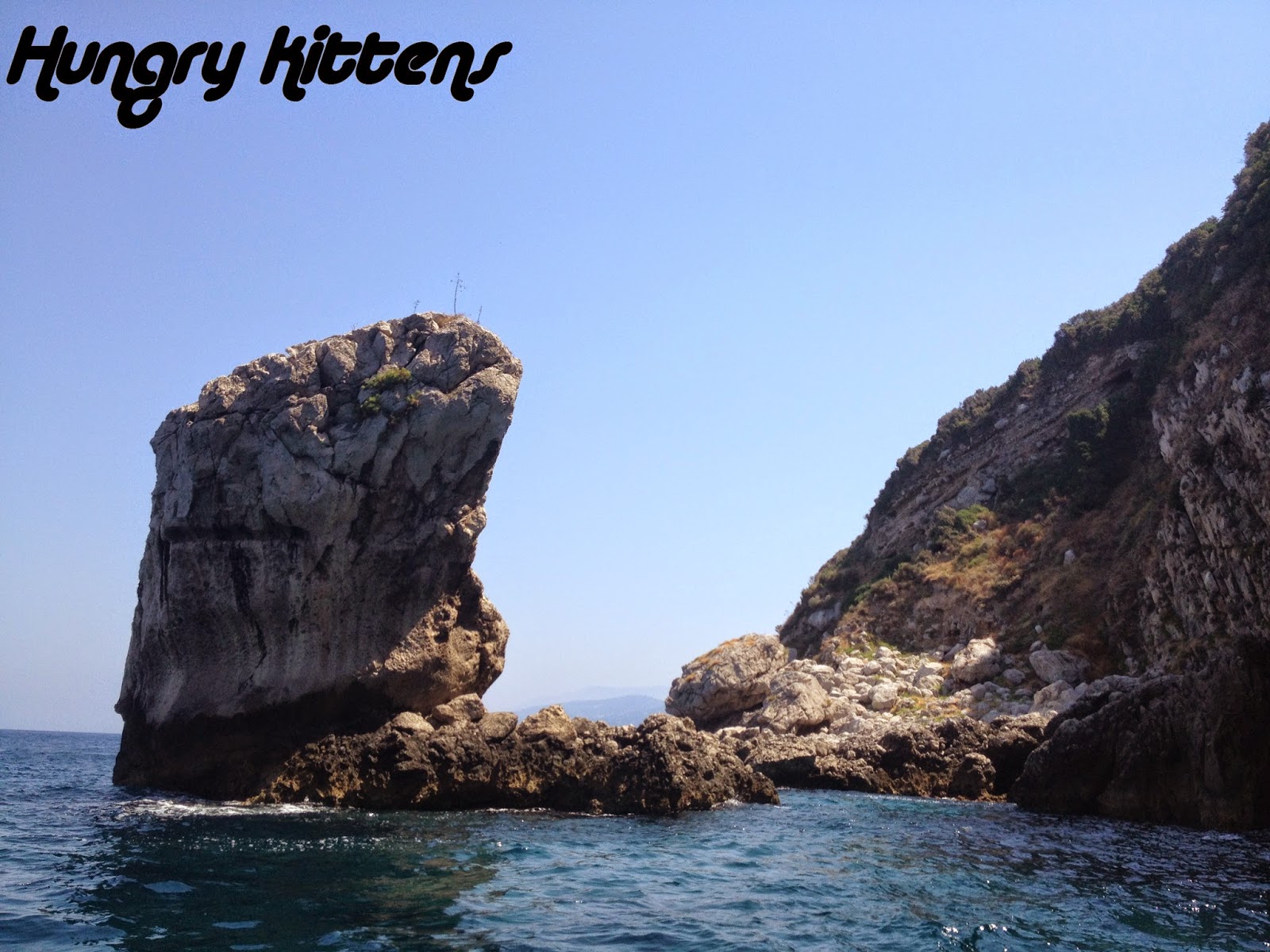 We did spend a whole day at the Isle of Capri. This was possibly the Best Day I had during our entire trip. Marc and I got there earlyish in the morning and we hired a private boat to take us around. I never understood the appeal of yachts to rich folk but now I can see it. We had a friendly yet unintrusive captain guiding us around to the best sites. At any point, if we felt like a swim, he would stop the boat and we could jump in the water.

Marc and I had prepared a little picnic to have on the boat. With the lazy sunbaking, occasional swims in the warm and buoyant Mediterranean sea and jaw dropping sites of lone, piercing rocks and dramatic white cliffs, it was a day of perfection. The boat wasn't cheap but I firmly believe this is the best way to do Capri. 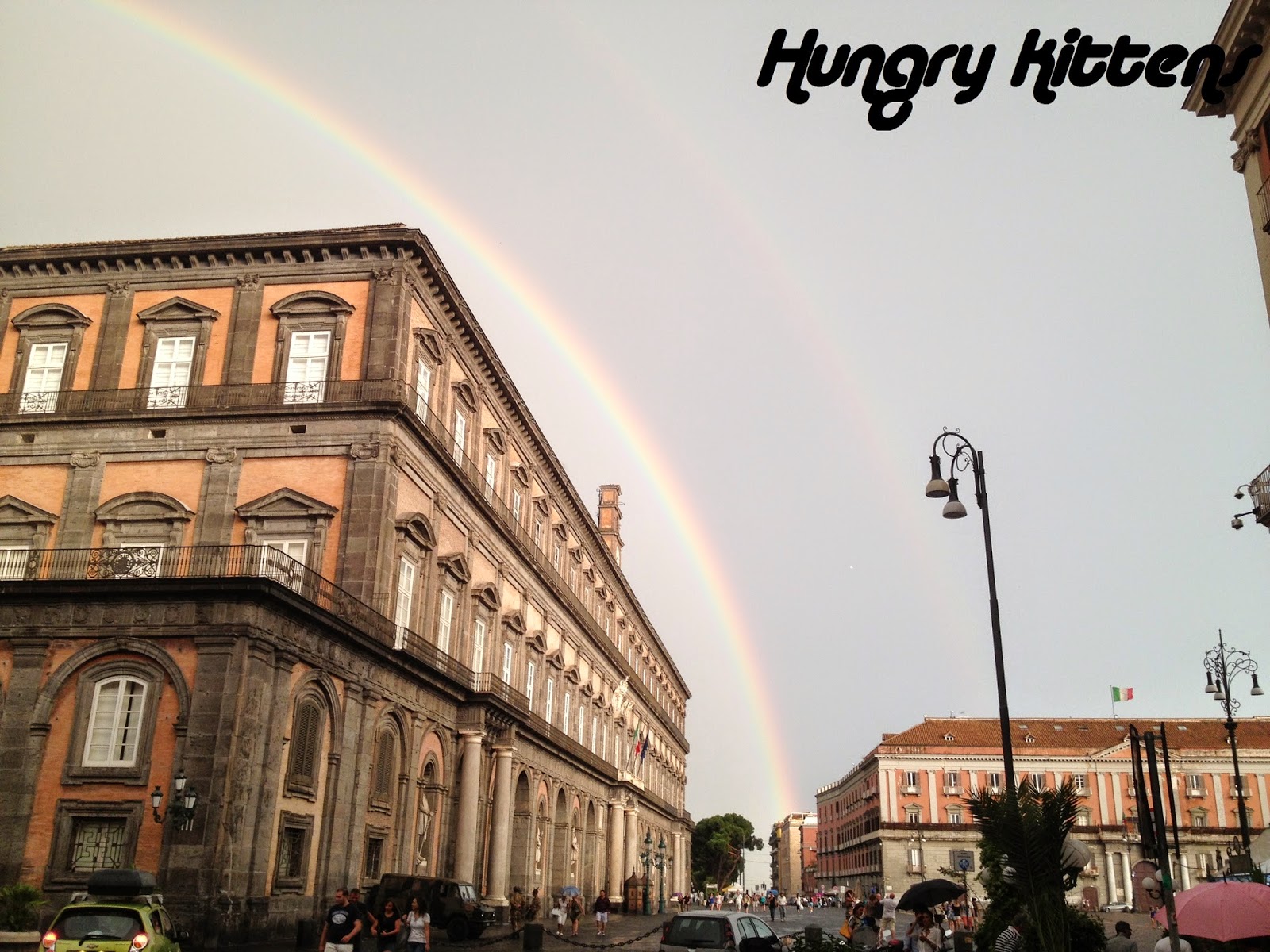 From Minori, ordered a private driver to Naples, another city I connected with food, this time, the Neopolitan pizza. There is no easier way to help me with my abysmal knowledge of geography than to connect destinations with food! 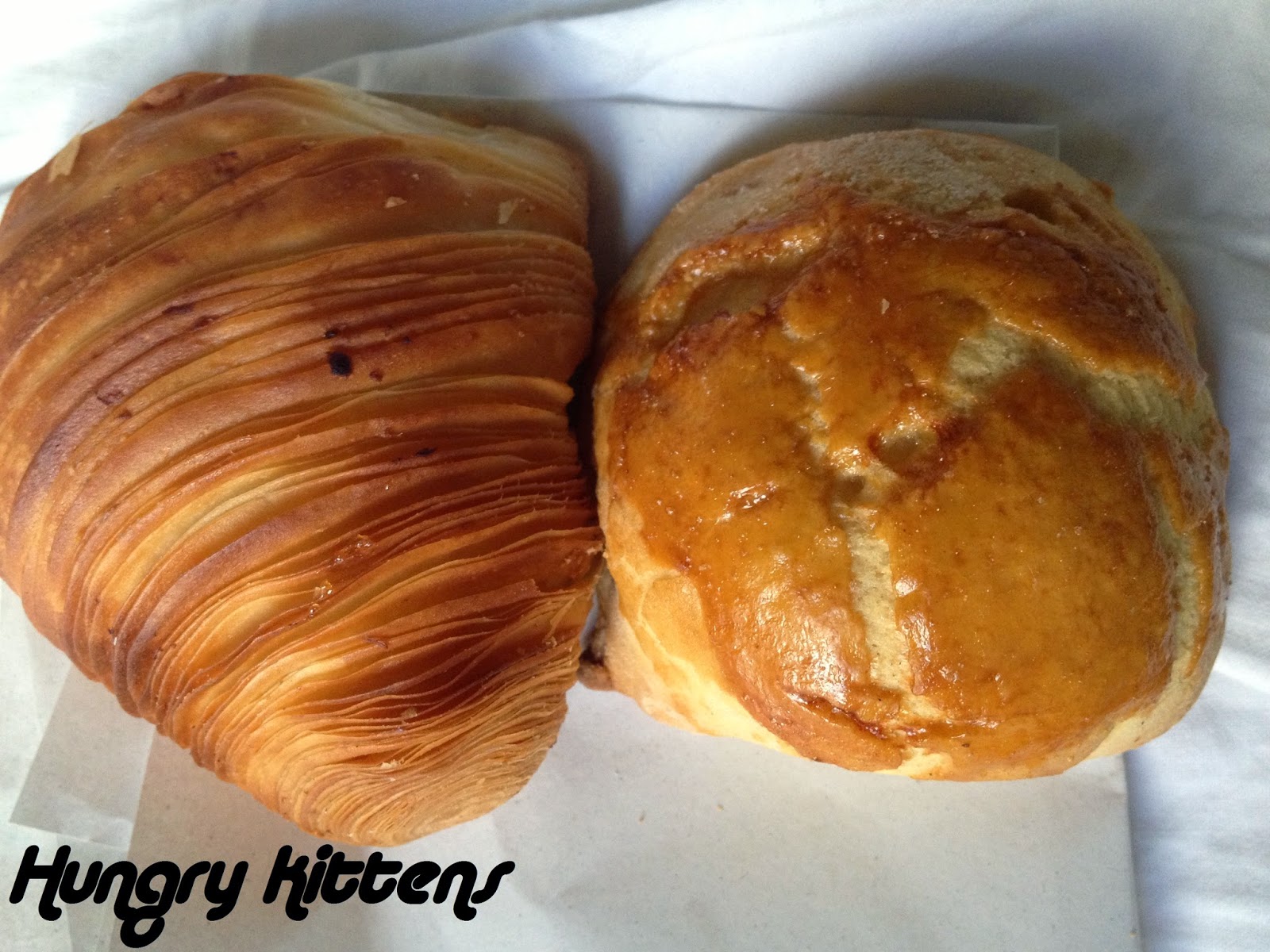 Naples is a city with a gritty side (graffiti and general run-downess) and a beautifully sophisticated side. Just make sure you walk in the right direction. On our first night, Marc and I did our usual trick of just walking out onto the street with no plan in mind and we were exposed to a less-than-impressive aspect of Naples that left a poor initial impression on me. The next couple of days, we actually followed our hotel concierge's advice and we were lead to the gorgeous city centre and harbour.

Being stationed in Naples, I felt 'homesick' for the Amalfi Coast and made the executive decision to hire another private driver to take us back there. This time, we explored Positano and had lunch right at the top of the mountain with some incredible views of the ocean and town below. To mix it up a bit, I also arranaged a stop at Ercolano, a lessor known town that was destroyed by the AD 79 eruption of Mt Vesuvius. 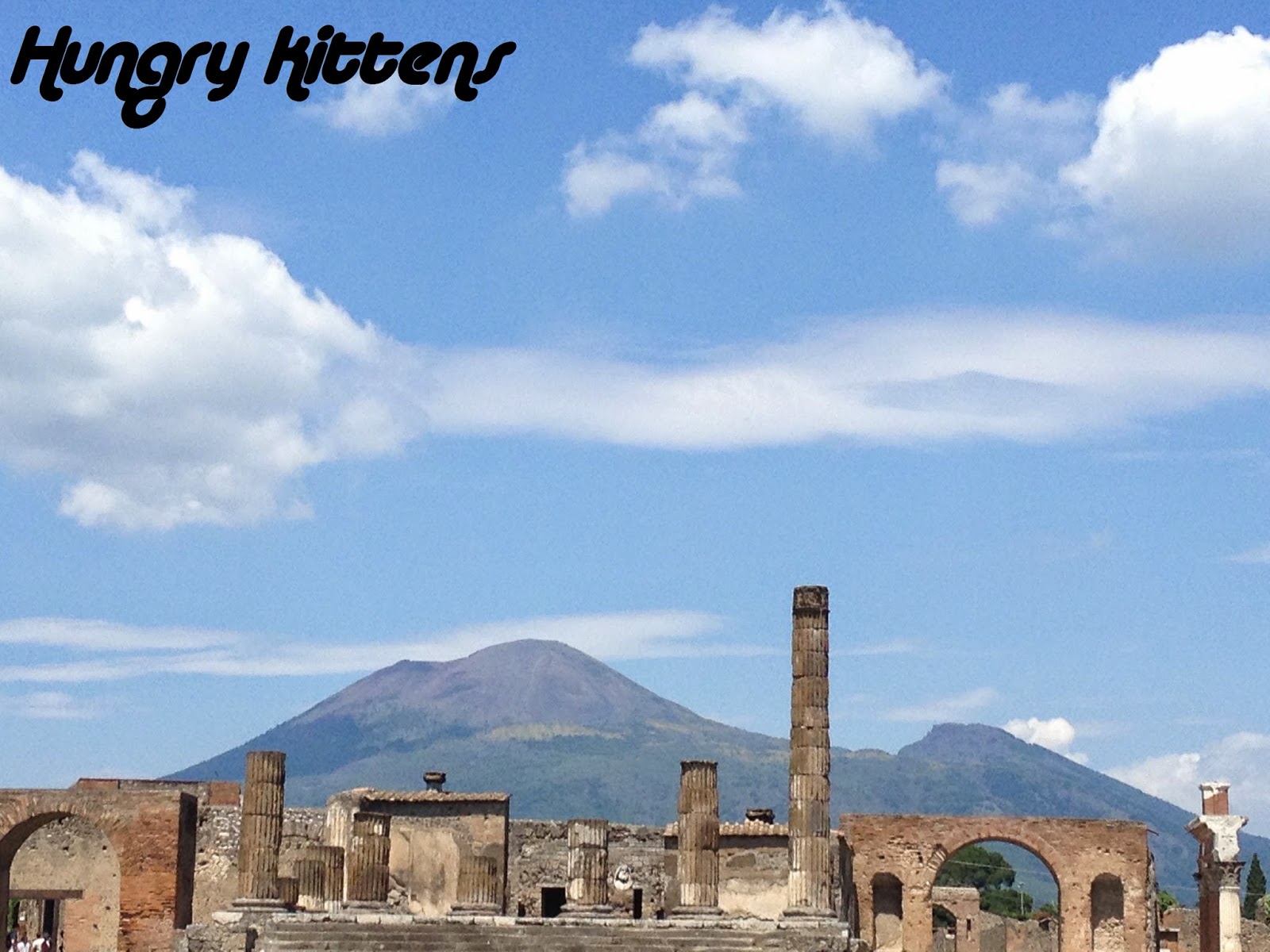 Pompeii with Mt Vesuvius in the background

The next day, we joined a tour to visit the better known volcano-struck town of Pompeii and also climbed Mt Vesuvius itself. It was fun and educational exploring the ancient ruins, and I have a pleasant memory of the Mt Vesuvius wine I drank at the top of the volcano. It might be a placebo effect but I thought it had an interesting ashy flavour. 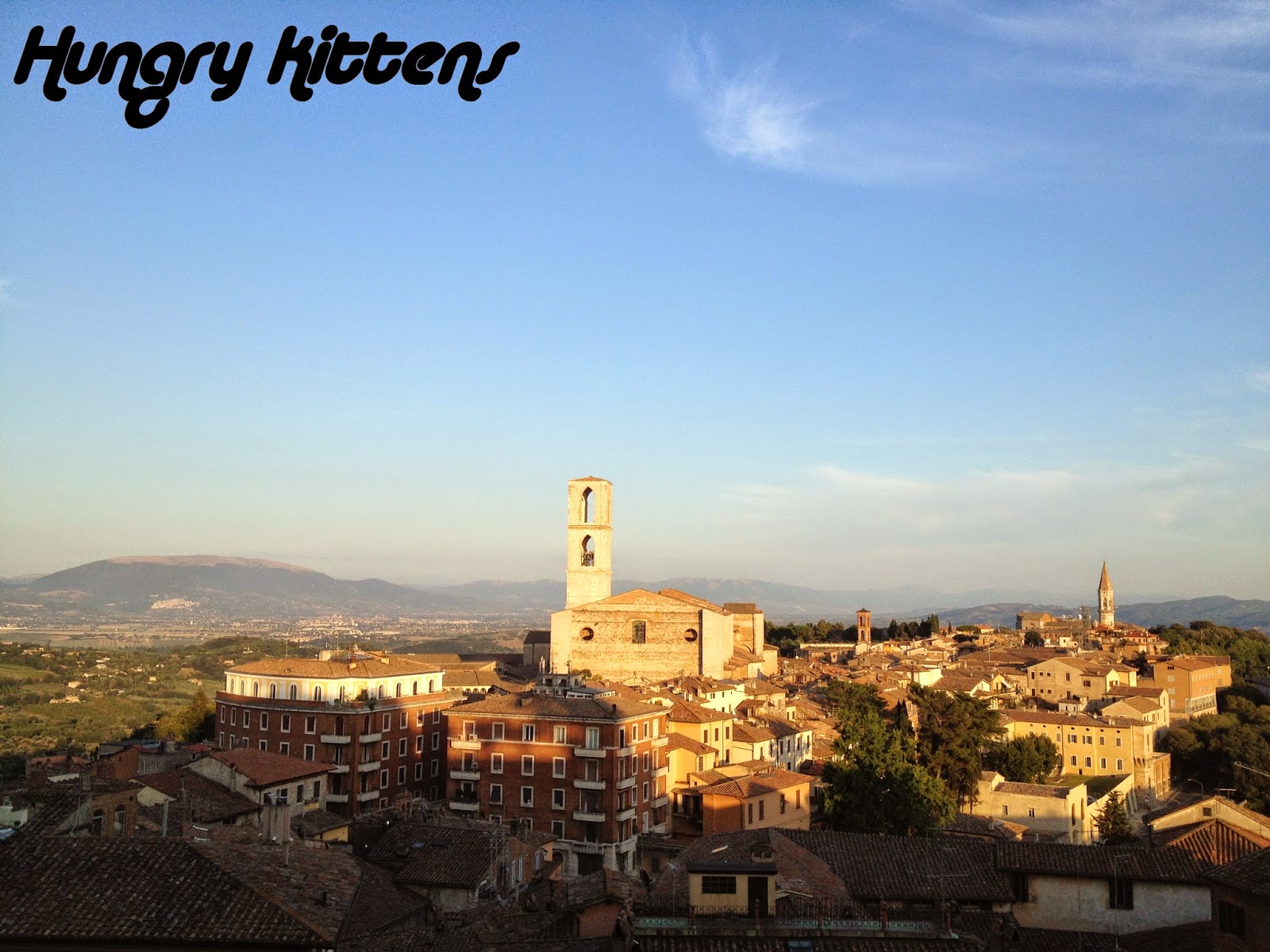 This is a slightly more obscure location that I decided to add to our itinerary, due to... you guessed it, food. I had read that the Umbria region in Central Italy was a gastronomic haven, home to the 'slow food' movement, wild boar and black truffle.

We based ourselves in a little homestay just out from Perugia and took part in a 3 day Cooking and Hiking activity, hosted by 'Let's Cook in Umbria'. This is blogged about separately here. 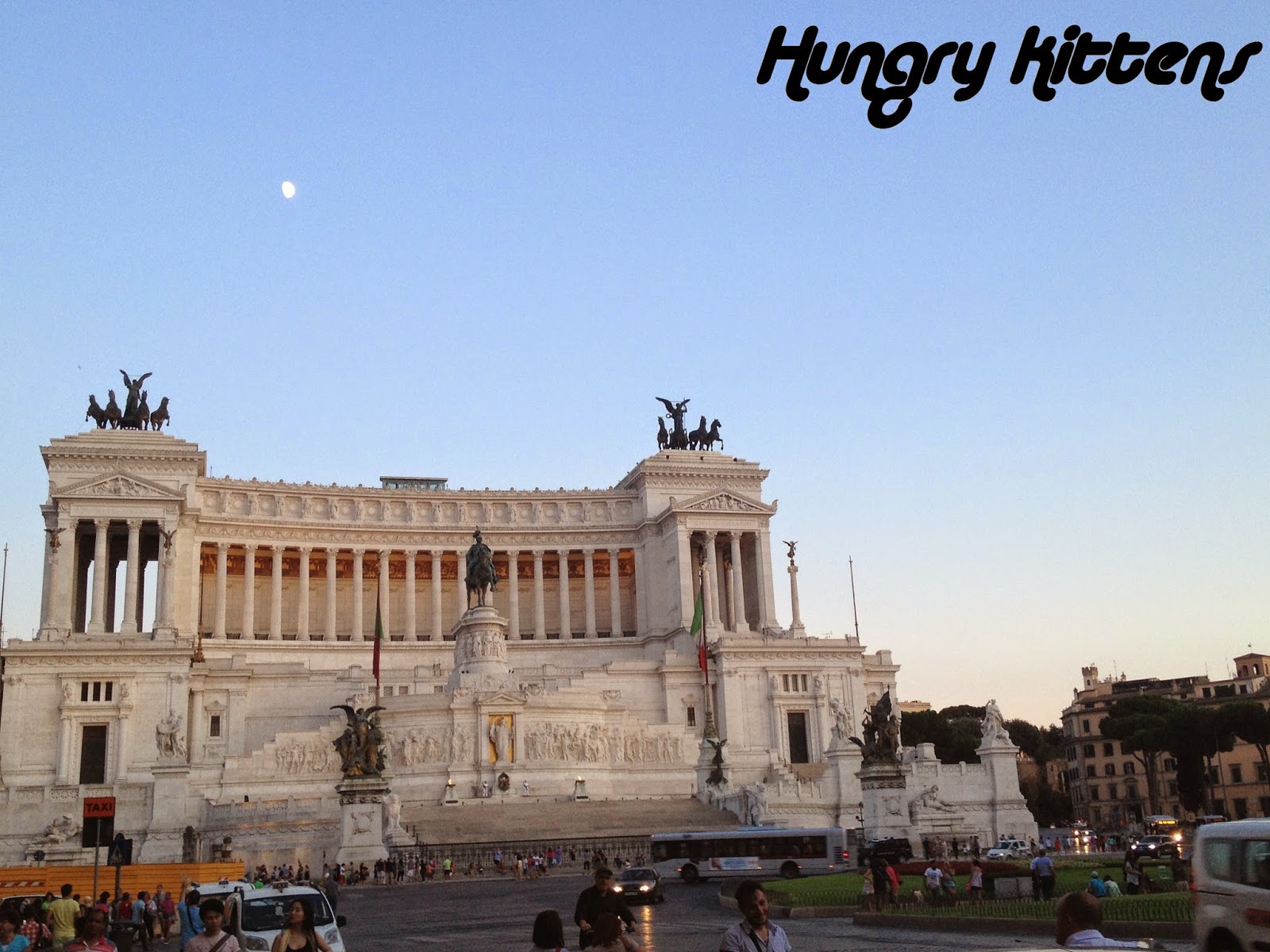 Our last stop in Italy was its capital, Rome. We spent a good 4 days here, which gave us ample time to explore the main sites. All the iconic tourist stops were ticked off, including Vatican city, the Roman Forums, Trevi Fountain and the Colloseum. 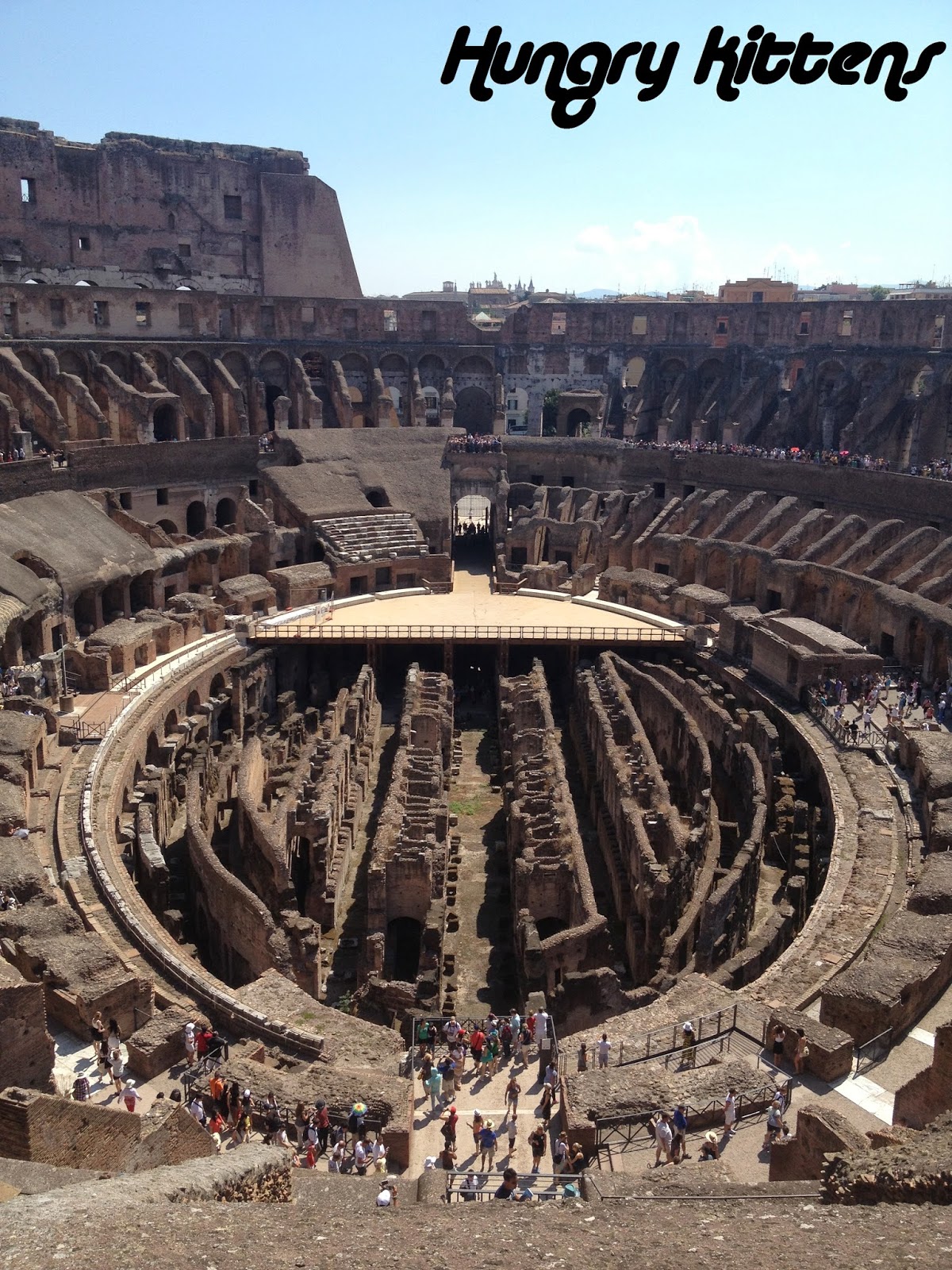 Rome was satisfying and rich in history and culture but because it's such a big city, it carries traits common to other big cities (e.g. lots of tourists, chain stores, poor traffic) that don't connect with me as well as small, quaint villages like Minori or even Perugia.
Labels: Casual Dining, Commentary, Europe, Italian Restaurants, Travel