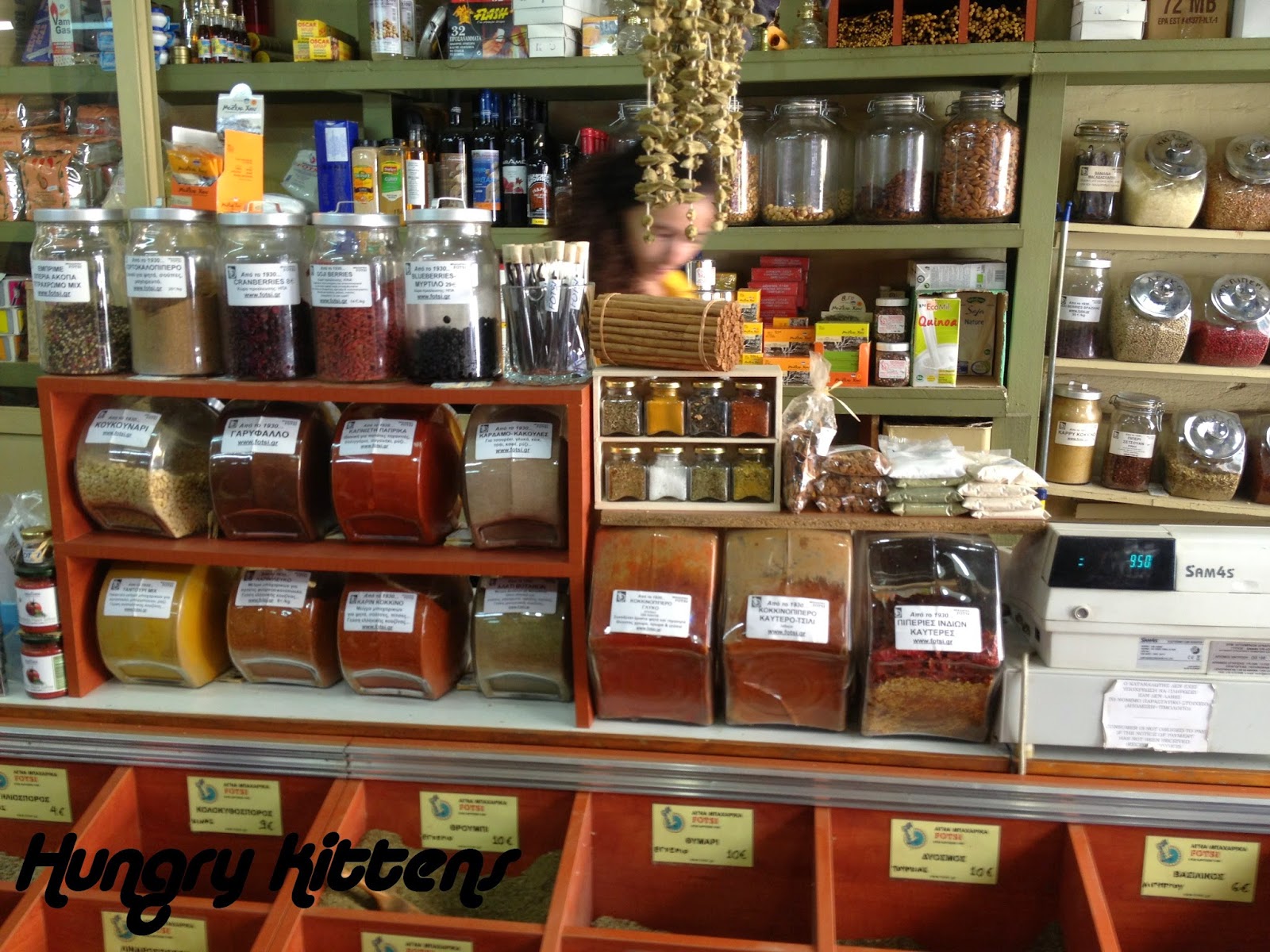 This tour was awesome because we began to experience it before the actual tour. What do I mean by that? Well, part of the tour inclusion was a lunch ticket to a tavern in Athens. 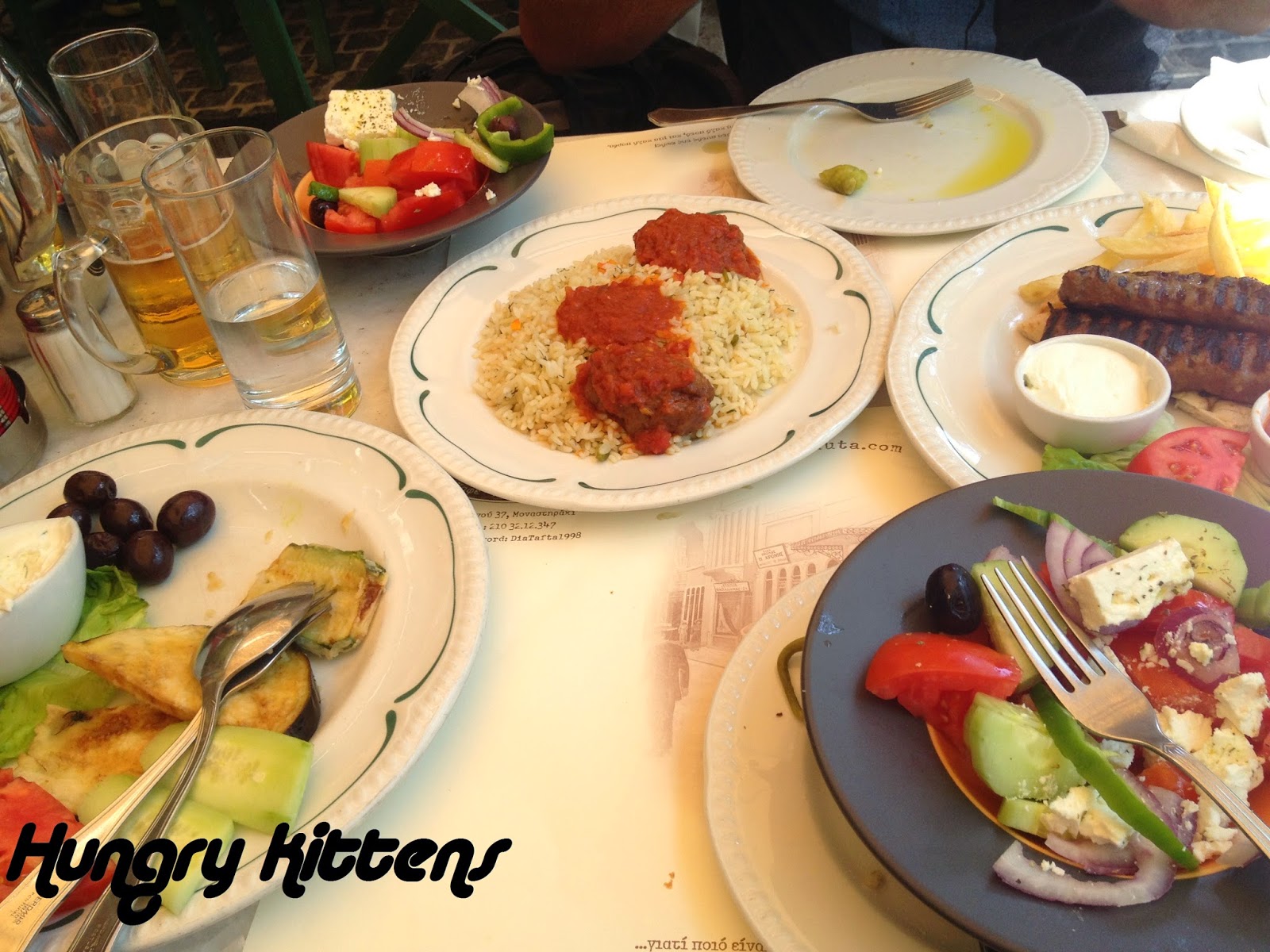 Lunch we had pre-tour

Marc and I decided to use it the day before the tour because we were roaming in that area. It was a delicious and hearty lunch with breads and dips, salad, our choice of mains and dessert. 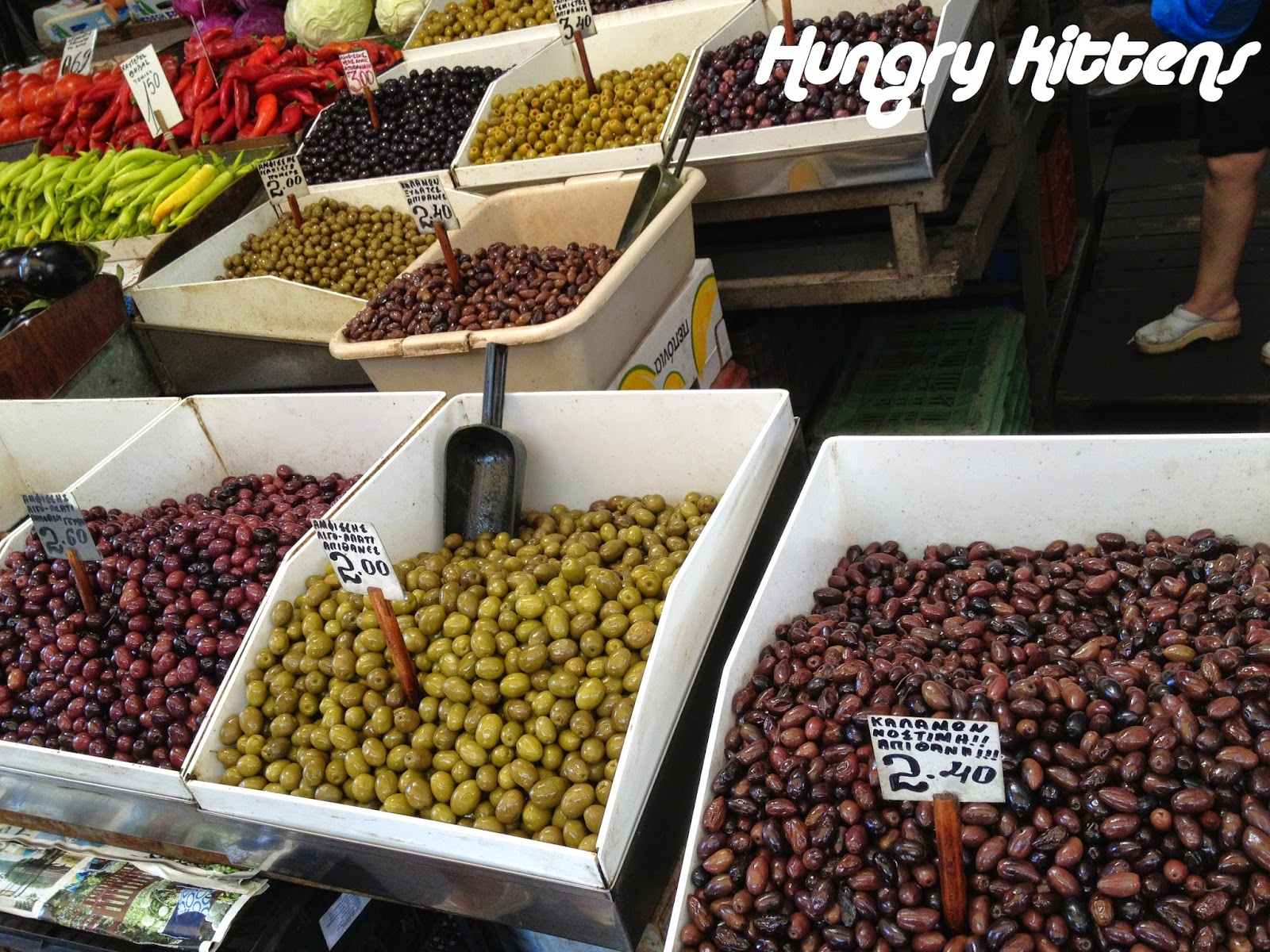 On the actual tour day, we didn't know how much food would be offered so we squeezed in a tiny bit of breakfast. Turns out, we needn't have worried because there was food right from the first stop. 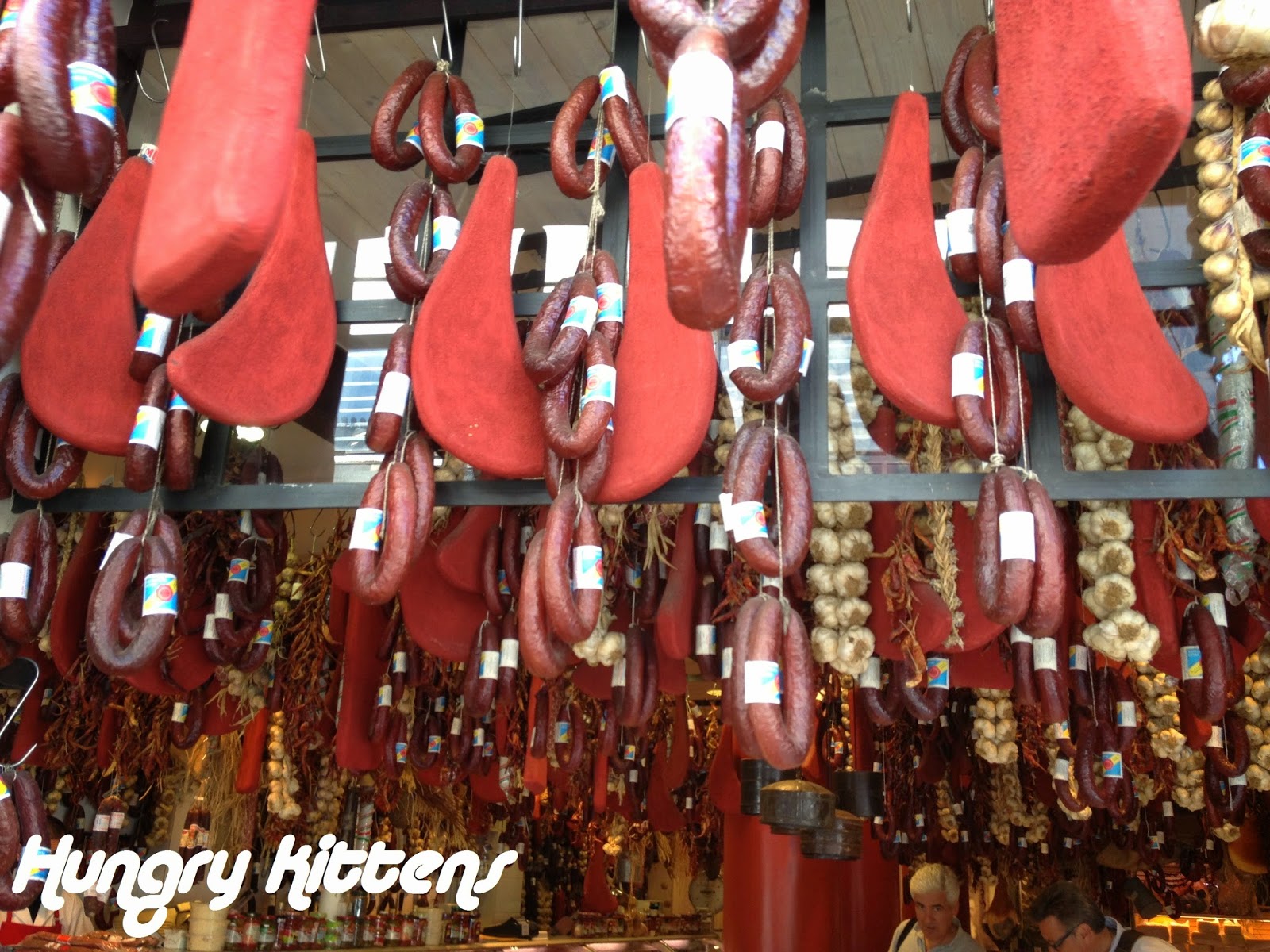 Our tour guide was Despina and she was everything we could hope for in a culinary, cultural tour guide. She was passionate, knowledgeable, thorough and approachable. Every stop was explained, as well as the background of what we were eating. None of it was boring.

There was a bit of walking but it was relaxed to say the least. We plodded along and ate at every stop we went to. 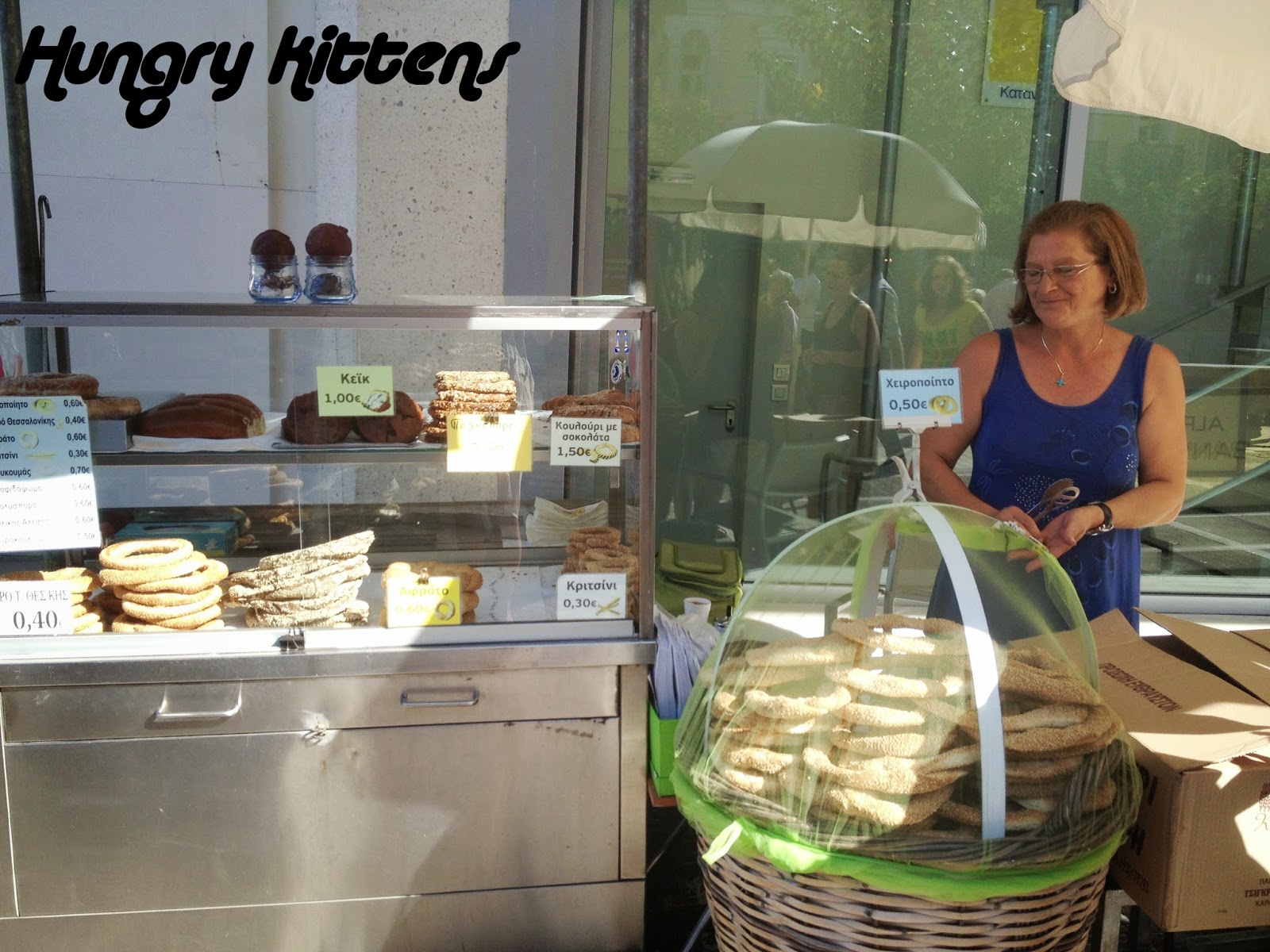 The circular sesame bread we had at the first stop left such a good impression on me that I ate it at a number of other times on this trip. As plain as it looks, it's delicious! Because it isn't overbearingly flavoursome, it's impossible to get sick of it. 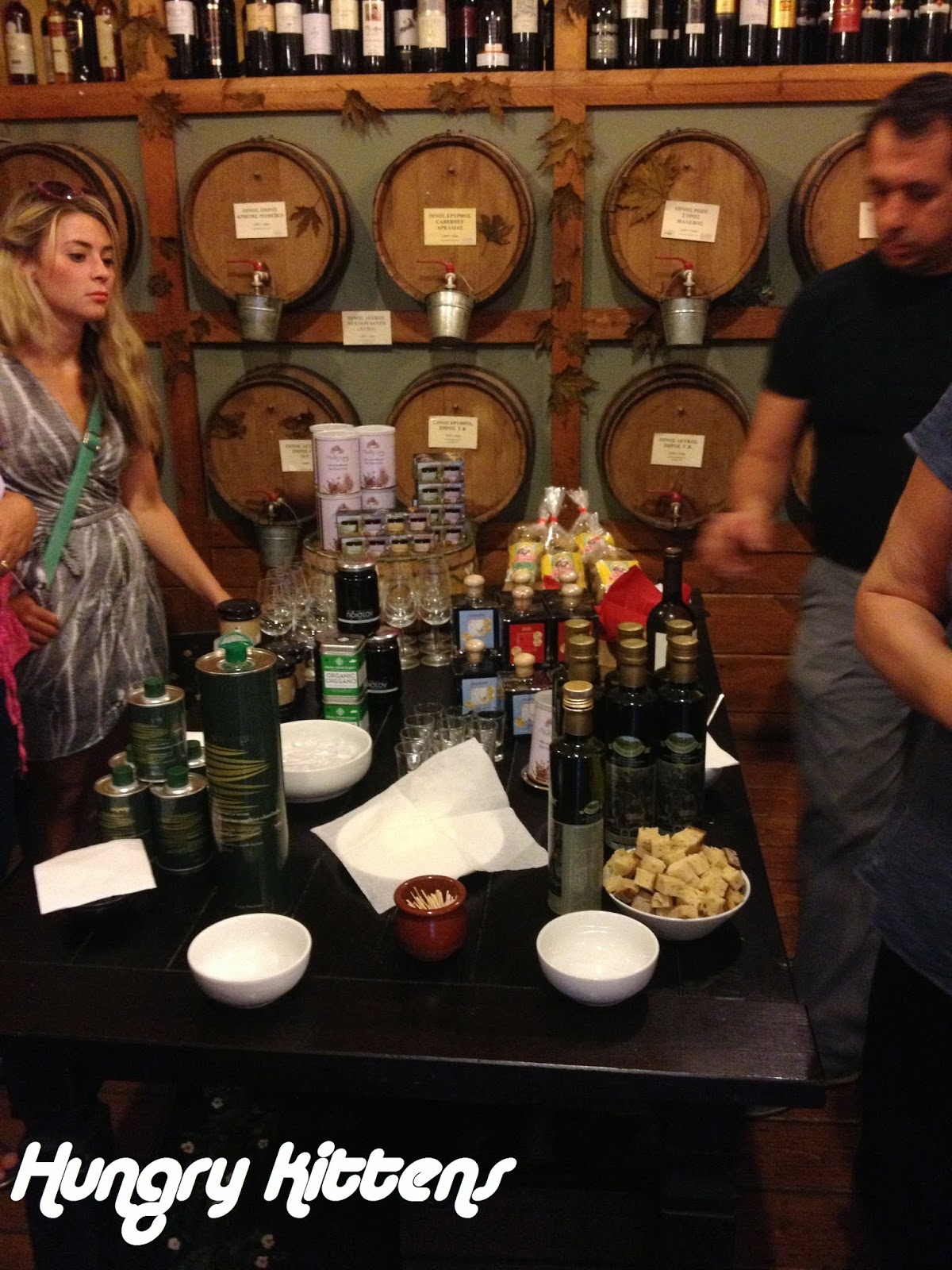 Our second stop was at a grocer to taste some olive oil and cheese. There was the option to shop but we never felt pressured to buy anything.

We moved along to an authentic fishmarket, passing through at a fast pace because the smell was so 'prominent'. We were there on a public holiday so there weren't many people around. Despina assured us that on a regular day, the markets were teaming with business. 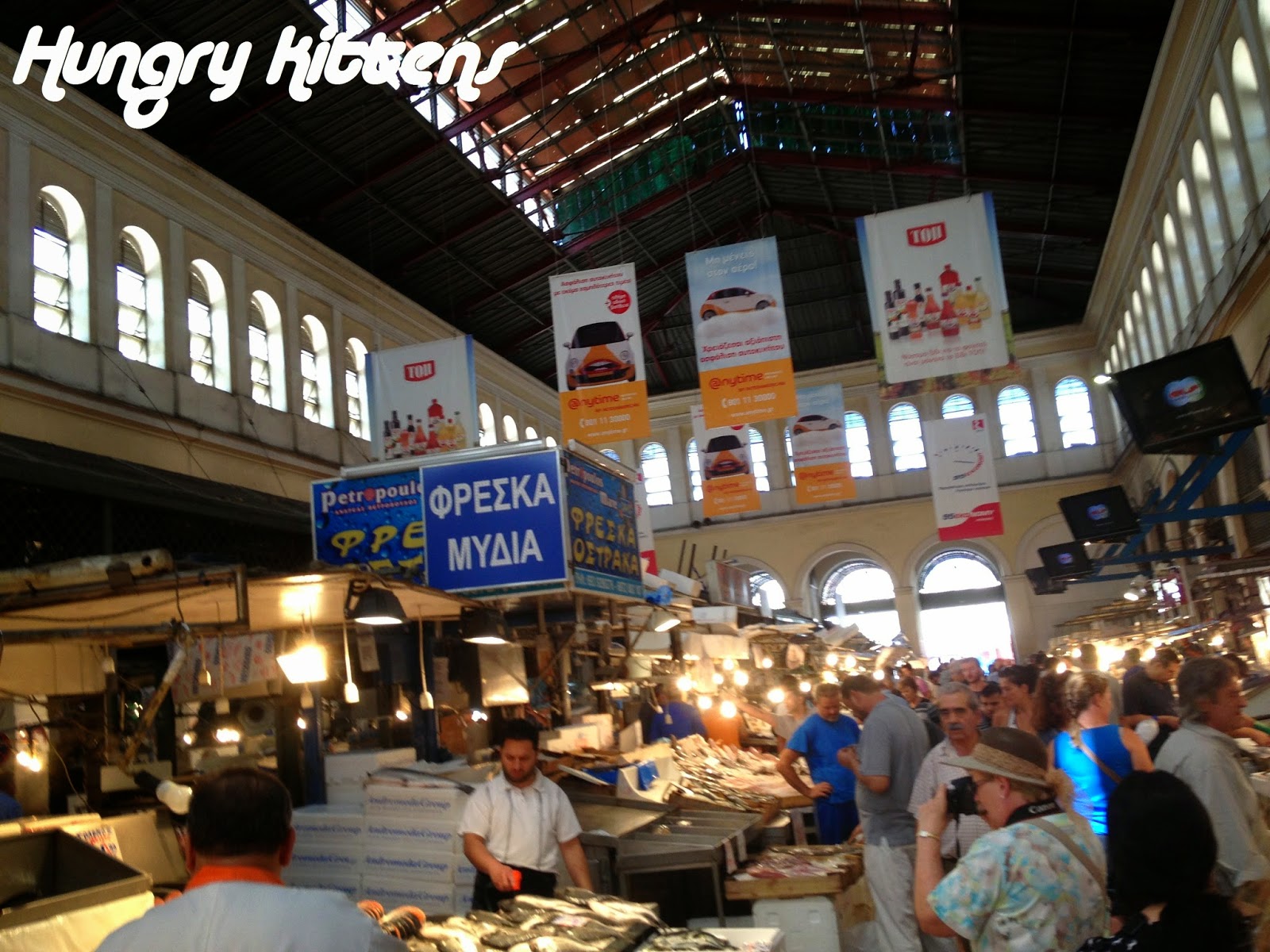 From the fish market, we moved through the less odorous fruit market. Here we tried fresh figs as well as a variety of olives. 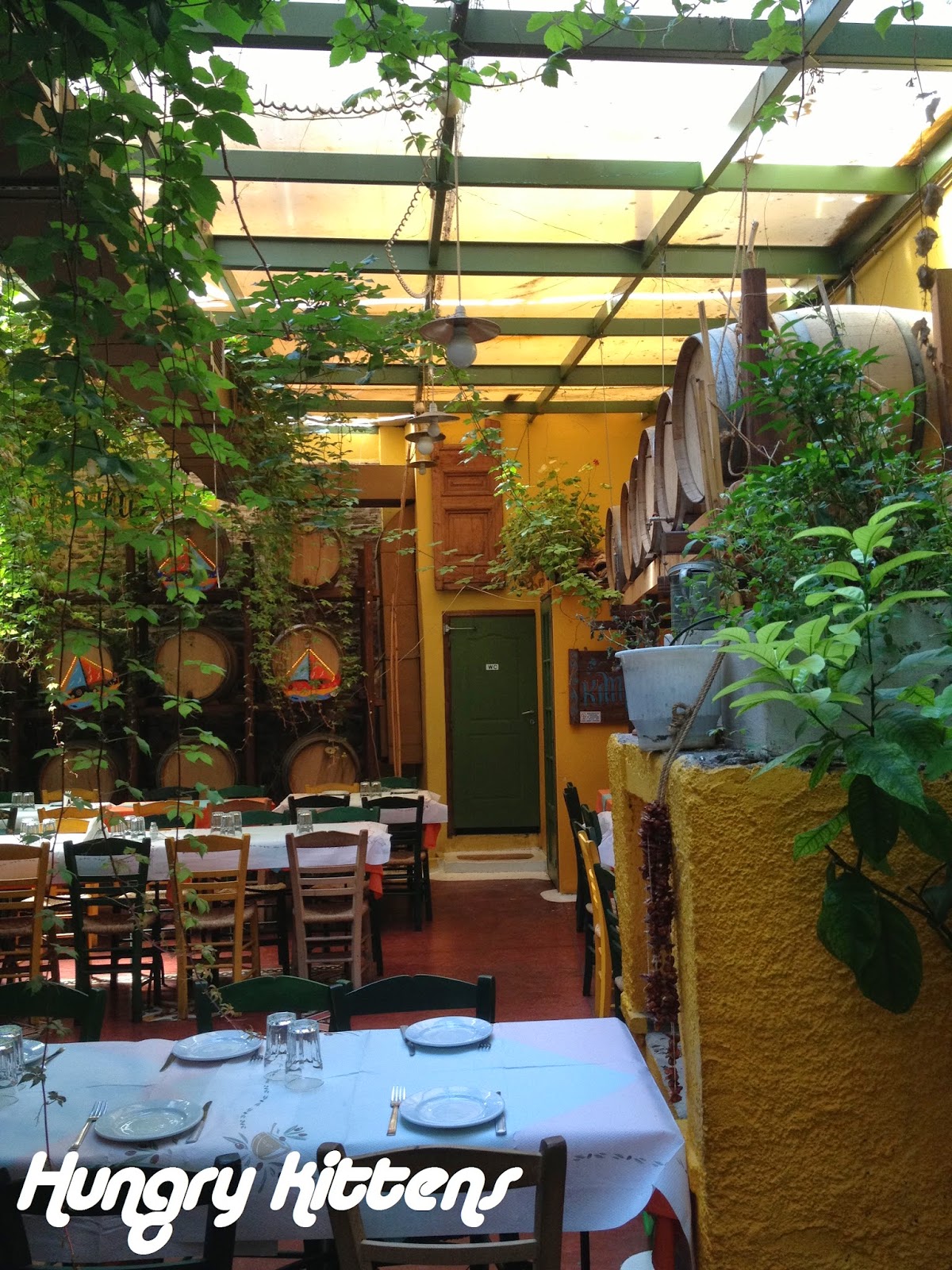 Our main stop was at a tavern where we were served some heartier food options. I don't think anyone went through this tour hungry. We also tried some raki at the tavern. I didn't like it anymore than I had previously. 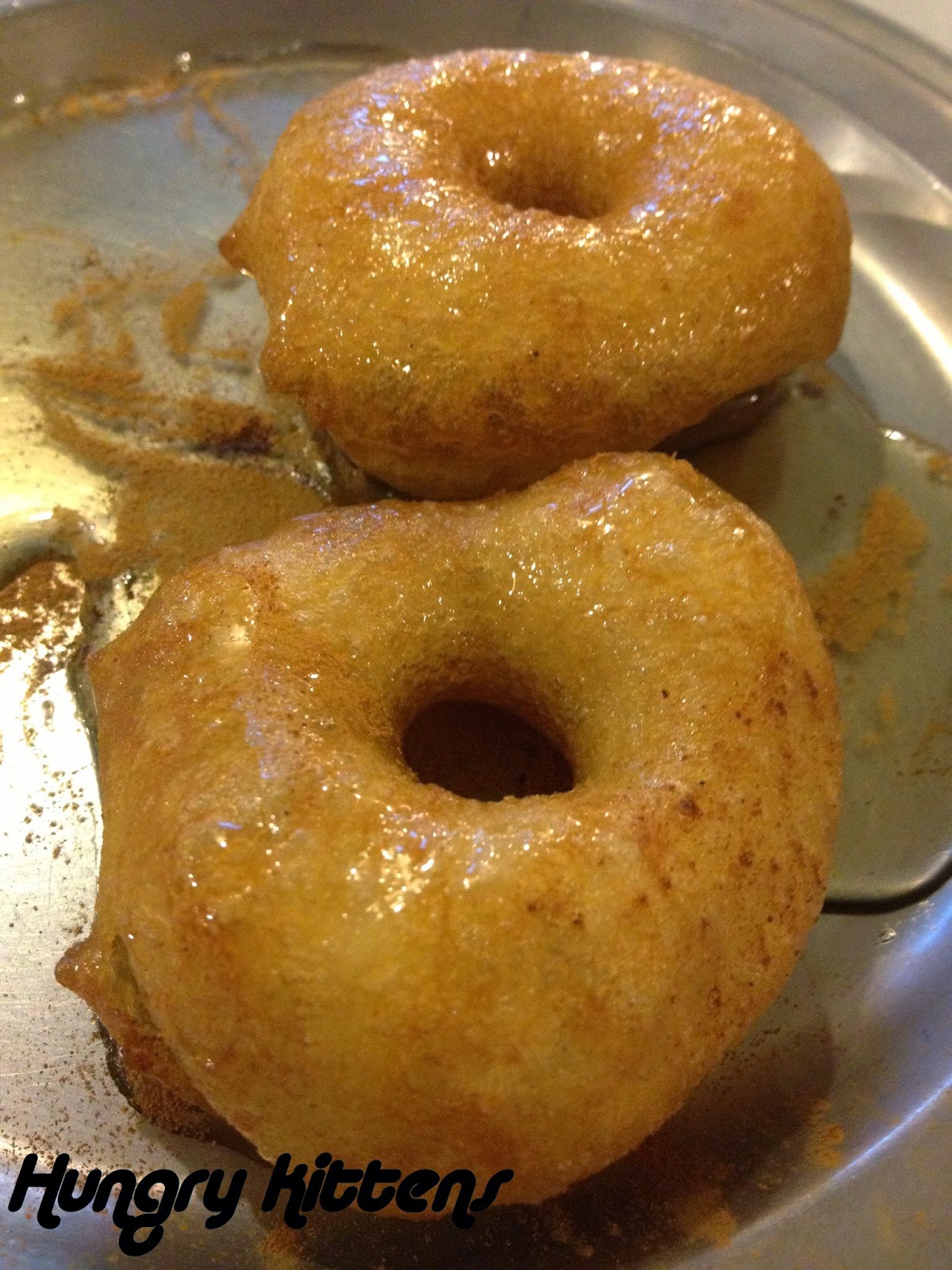 There were a couple of sweet stops along the way that were much more to my liking. We tried loukoumades, which are honey puffs. I never got the fuss with them in the past because I tasted the ones in Brisbane and they were meh. These ones in Athens were freshly cooked, airy crisp, soaked in honey and so delicious.

The final stop was for bougasta, a custard pastry dessert. This was also amazingly delicious. I didn't know much about Greek desserts beyond baklava (which I've been told is more of a Turkish origin) so it was a great eye-opener to learn how many tasty options there were. 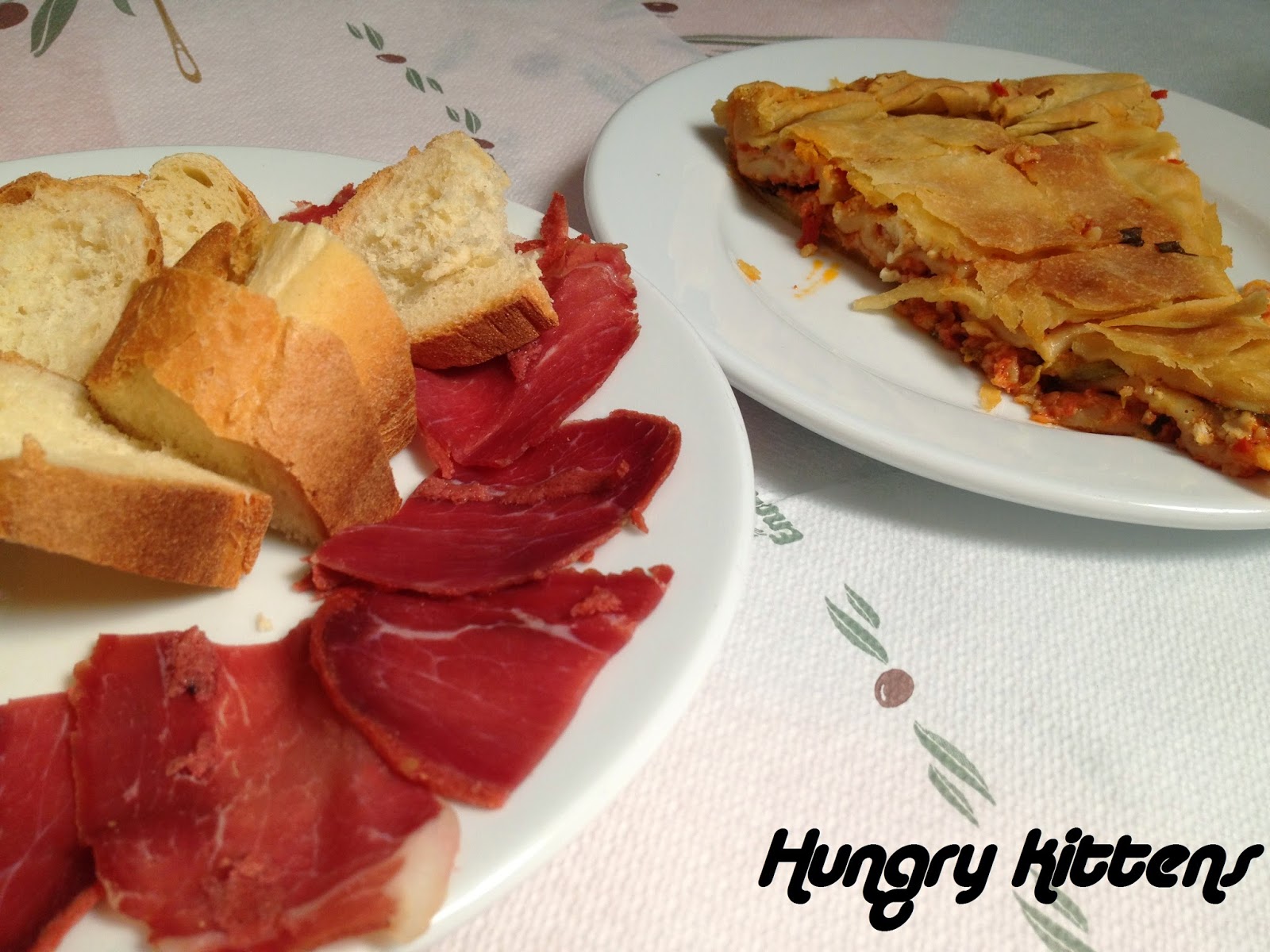 Some foods we tasted at the tavern

I high recommend this trip. As well as being full of yummy food with lots of different variety, it was a nice way to see Athens on foot. I believe that cuisine is a significant part of any culture, in particular a culture that prizes food as highly as Greece. You haven't been to a country unless you've learnt a bit about its food, and this was a great way to do so.
Labels: Casual Dining, Commentary, Europe, Greek Restaurants, Travel