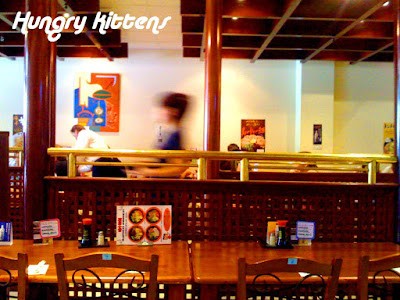 I am a huge fan of Ajisen. Absolutely. I've been to Ajisen branches in 3 different countries (Australia, Singapore and numerous locations in Shanghai) and it's one of those rare places that I will continually return to, even if it means missing out on somewhere new.

The first Ajisen I ever went to was on Si Chuan Rd, Shanghai. After that, I was hooked. When I found out the first Ajisen was opening up in Brisbane, I nearly passed out from excitement.

This post will be mostly about the Brisbane branch but I'll throw in a few photos I took when I went to the Ajisens in Shanghai.

If you've never heard of this chain before, Ajisen specializes in (you guessed it!) Japanese ramen. They have a signature pork bone soup base and a selection of ramen dishes that generally contain: meat, cloud-ear fungus and a seasoned egg. I've noticed that Ajisen's menu is location-specific. The ramen 'tends' to be a constant but there are certain items you can get in Shanghai that aren't available here (and vice versa).

On your first visit, I recommend trying a soup ramen dish just because it's something you can't get from other Japanese eateries (as opposed to something like Japanese curry which is available everywhere). There are generally some rice dishes or meal sets and some 'appetizer/sides'. Ajisen also has a selection of drinks and desserts to help complete your meal. 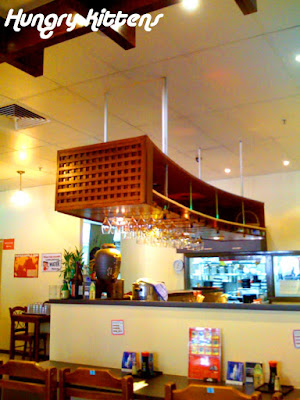 I've been to the George St branch several times now. They're usually quite busy at lunch time but quiet around dinner time (although I've only had dinner there once, on a weekday). The service is very friendly and usually quite efficient. I get a bit confused though because sometimes, you order and pay at the counter before sitting down and sometimes, they insist on table service.

Usually, at least one person out of the group will order a soup ramen dish. When I first tried it, I thought the serving size was smaller than in Shanghai and the soup tasted a bit 'different' but now I'm less critical, I think it's still yum. I normally get the tenderous rib ramen or pork cheek ramen. Volcano ramen is nice too - but spicy ramen is ironically way too hot (not just hot but ONLY hot. No other flavor besides 'chili'). I haven't tried miso ramen myself but a friend told me it was bland and flavorless. 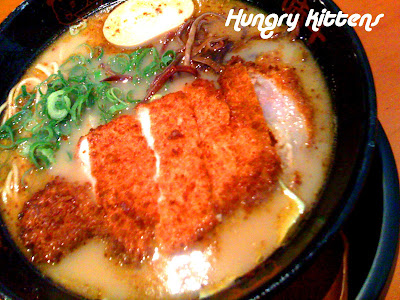 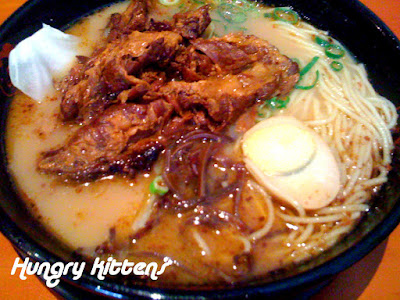 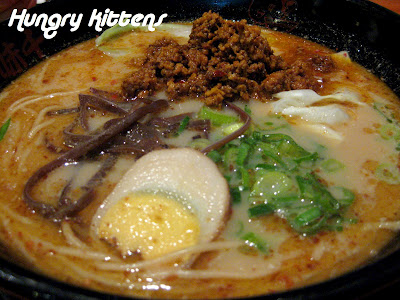 Brisbane Ajisen also offers bento boxes. I'm really into small, cute servings of things so the bento boxes are perfect for me when I feel like a bit of rice with my meal. My favorite so far is the hamburger bento box. 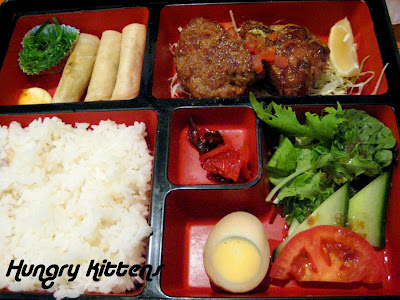 The burger patty is just delicious - moist and slightly sweet. It's meant to be 'low fat' too which is a bonus. The bento box also contains: salad, seasoned egg, miso soup, spring rolls (with Kewpie mayonnaise), seaweed and pickles. 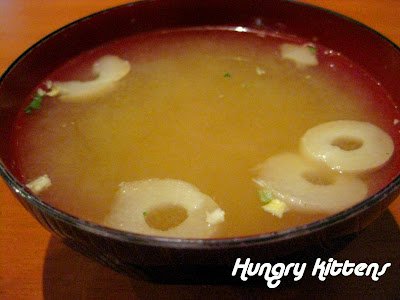 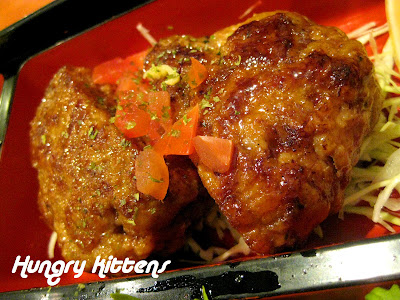 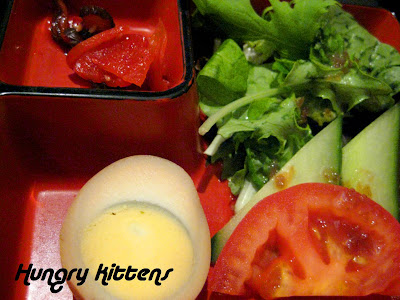 Prices are all very reasonable. I wish Brisbane Ajisen was closer to the city center but even so, I'm willing to trek out there and have my monthly fix. The soup ramen goes down especially well on cold days. They also have 'cold salads' which I imagine to be quite nice in Summer. 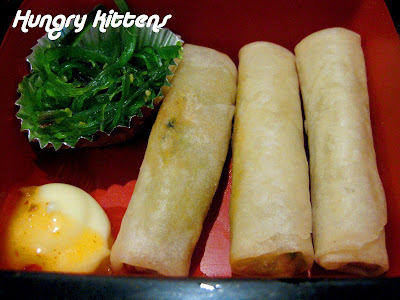 They have quite a few flavors of non-fat fruit sorbet but I haven't tried any of them. One time, my friend ordered the green tea parfait and assured me it was delicious. 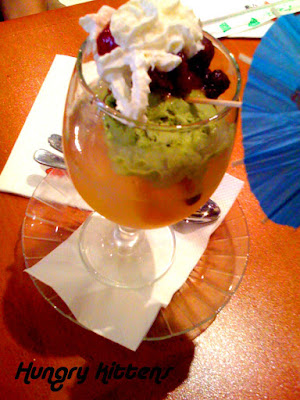 The number of photos I have of Ajisen meals in Shanghai are in no way correlated to how many times I went. It so happens that one branch bans photography and when I learnt that, I got too scared to take photos at any of the other branches either.

They have a large selection of appetizers which are just delicious. I love the variety skewers and the enoki mushrooms wrapped in beef sirloin pieces. 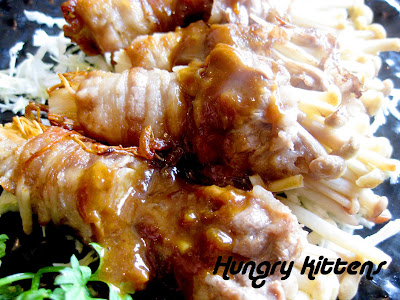 One time, I also tried this rice dish which had a sort of sweet/sour pork and caramelized onion. It was absolutely delicious - great flavors. 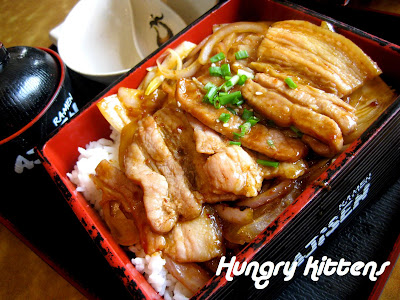 Caramelized onion and pork on rice

Although every Ajisen is slightly different, I think their noodles are something special. If you have one near you that you've been curious about, stop by and give it a go. It's inexpensive, good food with reliable service and pleasant decor. What else do you need?
Labels: Asian Restaurants, Casual Dining, CBD and Surroundings, Dining Out, Favorite Restaurants