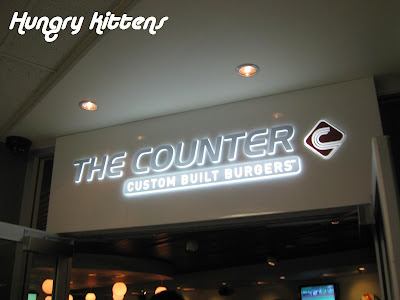 I didn't need much convincing to want to go to Counter Burger and the opening animation on their website really sealed the deal for me. A customizable burger joint seems a bit gimmicky but it makes sense. If you're going to allow individuals to make their own sandwiches or salads, the next logical step would be to apply that same principle to burgers. 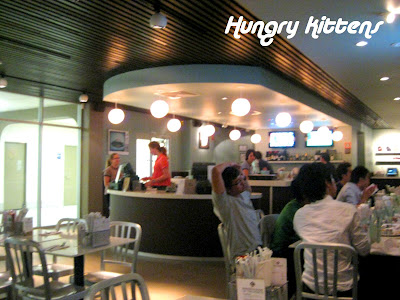 Everyone loves burgers but how many times have you argued with someone about how much meat is a good amount or what salads are really essential? Furthermore, burgers do not have to be denounced as 'junk food'. When you pick your own toppings and patty sizes, you can make your burger as healthy or filling as you like.


I was super excited about going to Counter Burger and, because my company was 3 big lads, they were all keen on the idea too (if only because we're talking about burgers here). We had just driven down from Brisbane and were all really tired - just made it into Counter Burger before they closed for the night. After the initial gratitude and relief that we'd 'just made it', I realized the restaurant was different to what I expected.

When I think of burgers (with the potential of being very, very big burgers), I think of North American cuisine and I think of cheesy diners. I guess I expected Counter Burger to be decked out a bit like Hog's Breath but it's more of a cafeteria/cafe sort of environment. Which, is a shame because I like cheesy diners. 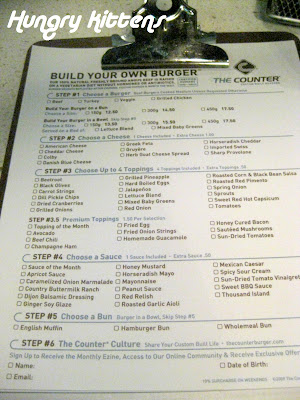 However, my impression of Counter Burger improved from then onwards. It's fair to say that I'm easily won over by innovation and amusement. The menu at Counter Burger is one page with lots of boxes that you can tick (reminiscent of the paper menu at 7-8).

You choose the patty meat and size you want, the salad, what extras to have on the burger (there are basic extras of which you choose up to 3 for free; and gourmet extra which cost more), what sauce you'd like and also, the bread bun that will ultimately encase your creation.

Our group also had a 50:50 serve of sweet chips and onion rings to share, as well as a peanut butter and chocolate thickshake and apple pie thickshake. 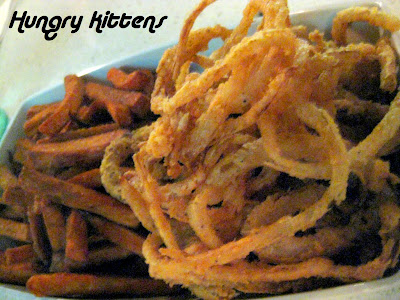 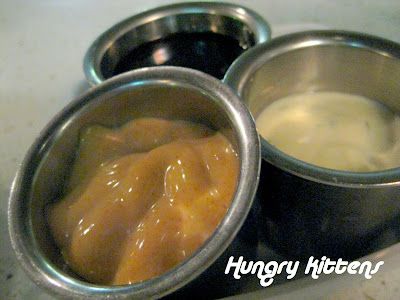 Chips and onion rings arrived first with 3 dips. They were DELICIOUS. We were all starving after the long drive but I think, even if it wasn't for that fact, this appetizer would have still gone down very well. Both the sweet chips (made from sweet potato) and onion rings were fried to a perfect crisp. All the sauces tasted good so I didn't bother finding out what they were. I've had onion rings at Hungry Jacks before and they're blergh but these ones were in a league of their own. 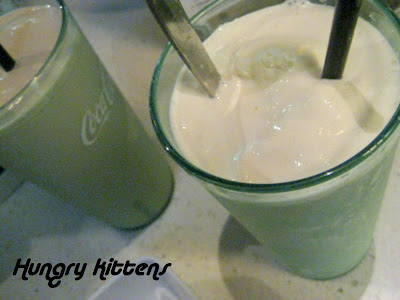 Our thickshakes and burgers arrived not long after. I've heard warnings that the thickshakes are very rich... maybe I'm immune to sugar and fat (I've had lots of practice) but I didn't feel the least bit overwhelmed :D. The peanut butter and chocolate shake was delicious - once, I made peanut butter ice-cream and the unfrozen liquid tasted a bit like this thickshake. Maybe it was just by comparison but I thought the apple pie thickshake was a wee bit bland. 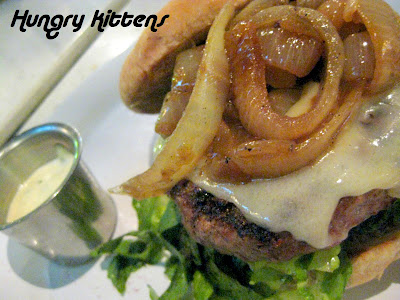 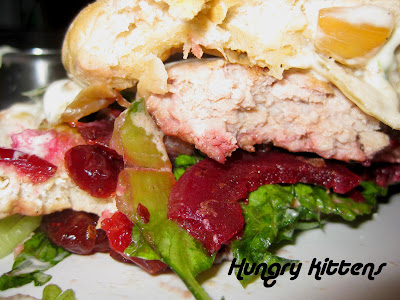 Close-up of my turkey burger

My turkey burger was supposed to be small but it looked huge to me. I've mentioned before that I have a bad habit of going nuts at customizable sandwich/salad bars and picking items that don't work together. At all. This time, the turkey and cranberry was a safe option and the beetroot gave it a nice, extra sweetness and bite. Also, you can never go wrong with caramelized onion. 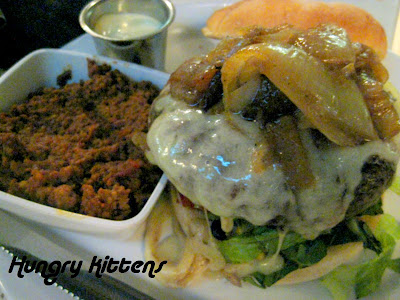 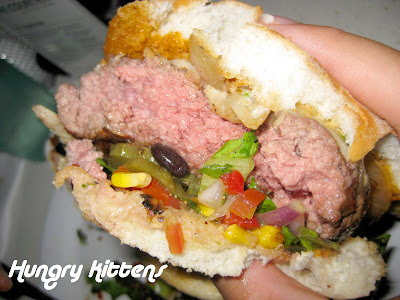 Charlie's burger, though not the largest patty size you can get, was already too big to hold or put in your mouth (though he tried anyway). He thought it was the greatest thing ever although he mentioned that he didn't know the chili would come on the side (rather than in the burger). I have a sneaking suspicion that guys have a sense of pride when they choose what goes on their burgers because they probably equate it to 'making it myself'.

Service at The Counter Burger was consistently friendly and efficient throughout. The waitress was lovely and cheerful, even though it was late and nearly closing time for them. Counter Burger had no public holiday surcharge, which is always a good thing. We didn't have to wait long for any of our orders but everything tasted freshly made.

I had a wonderful experience at The Counter Burger and Charlie sites it as his favorite pick of Sydney (over many other, more expensive and highly rated restaurants). This is something I'd love to have in Brisbane, that's for sure!
Labels: Casual Dining, Dining Out, Interstate, NSW