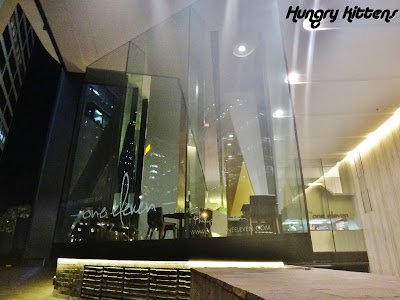 After a brief absence from the Brisbane dining scene, I dived back in on the weekend starting with dinner at Bistro One Eleven. I recall seeing a press release for this restaurant back before it even opened. I'd been to E'cco a couple of times in the past and loved it so Philip Johnson's new venture definitely appealed to me. 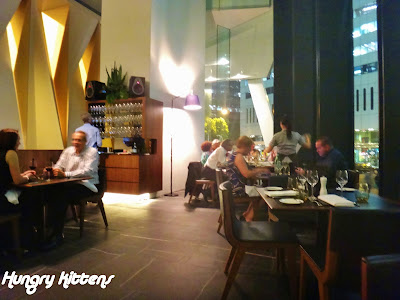 We made a reservation for late dinner, 9pm on Friday. The restaurant is located in the recently revamped One One One building and the feel is distinctly corporate. We remarked that it was strange being in an open-style restaurant on the ground floor of a building. That's often the case with lobby cafes and hotel restaurants but I've never experienced it with an indepedant restaurant before. The decor is simple and sleek with a neutral colour scheme. Again, very corporate. 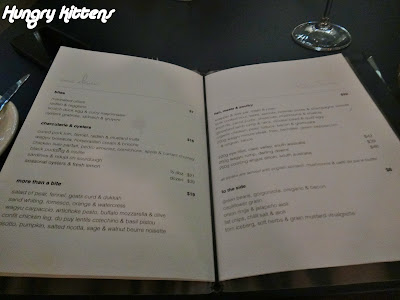 The menu comprises of starters in varying sizes, entrees, mains, sides and dessert. The cuisine is what I would blanket under modern Australian with an emphasis on steak. All the major proteins are featured but there is an abundance of steak options. 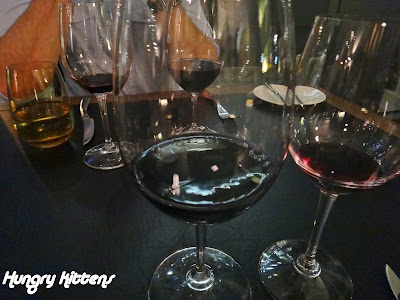 We decided to skip the starters and jump straight into mains with a selection of sides. Initially we had 2 sides in mind but our vibrant waiter recommended the fat chips so convincingly that we wound up ordering that too. 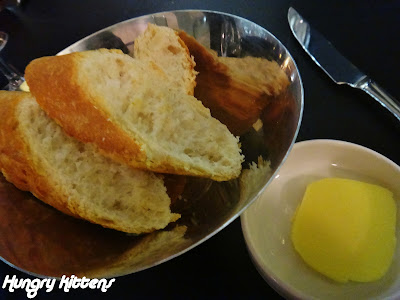 Complimentary bread was provided to settle our stomachs. It was a crusty loaf cut into slices and served warm with butter. The inside of the bread was light and soft. I liked that the butter was at a ready-to-spread temperature. 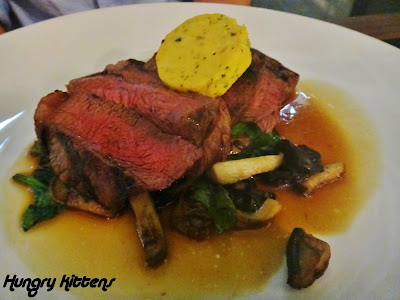 Marc's main was the angus sirloin, served with english spinach, mushrooms and butter. I tried a bit of his steak and found it was very tender, with a melty, almost silky texture. The butter has a strong citrus flavor but I enjoyed it as a compliment. Marc went on about how he liked spinach as a side but never cooked it at home. 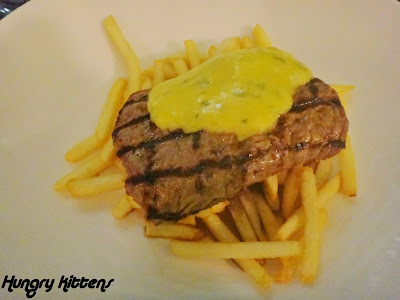 I went with the wagyu minute steak. It sounded appealing on the menu but in hindsight, I should have seen the potential problems. I originally asked for med-rare but the waiter informed me that this was impossible because the steak was too thin. That's completely logical so I tentatively asked for medium. The steak that ended up on my table was well done to the point of being dry and tough. Contrastingly, I thought the fries were undercooked and could have been crunchier. To be fair the bernaise was fantastic. The menu mentions green peppercorn and cognac sauce too but I only had the one sauce on my plate so I'm not sure if it was missing one or the 2 sauces were combined. 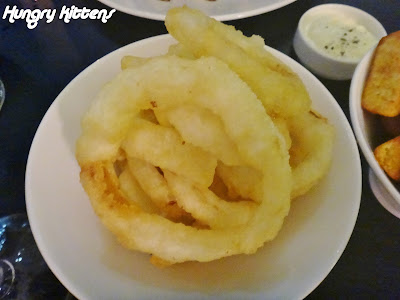 Of the sides, both Marc and I were really keen on the onion rings. They were pretty good but not amazing. I liked that the onion inside was in fairly thick slices. One ring I tried tasted a lot like a calamari ring, and that's not a bad thing. The aioli was nice and thick but I couldn't detect the jalapeno kick. 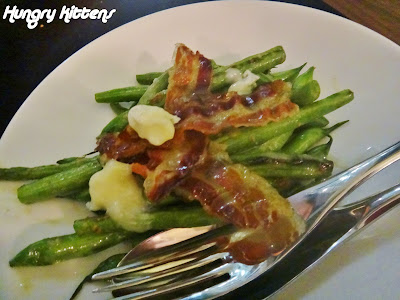 The green beans were very fresh. I loved the blue cheese flavoring. It brought the dish from good to something special. Marc commented that beans really benefit from the addition of bacon. Obviously, he'll never turn vegetarian. 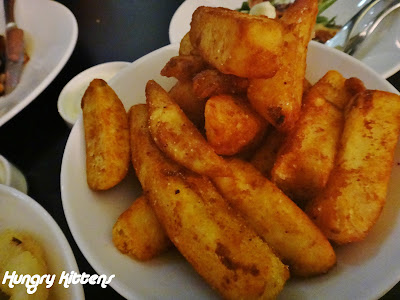 The fat chips our waiter recommended was a real winner. They were piping hot when they got to our table but Marc and I endured multiple burns because we were too involved with wolfing these down. The exterior is crunchy and coated with a spice mix. The potato inside is soft and pillowy. 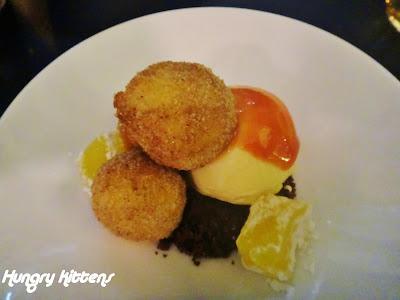 We were well full by this point but pressed on with dessert. I was drawn in by the almond donuts on the menu. They arrived as little donut balls. Marc's feedback was they tasted just like donuts. I agree and find this is a let down. I could get cinnamon donuts from Mister Donut anytime. I guess I was expecting something more standout but these weren't softer, lighter or more innovative than a regular store donut. The little jellies had an interesting texture and floral flavor. 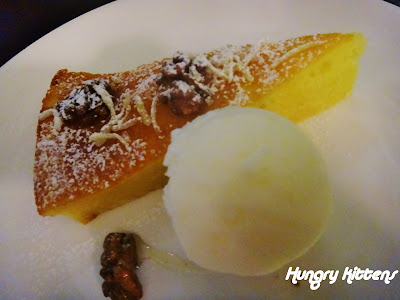 Lemon and ricotta cake - with milk gelato and candied lemon

Our waiter showered praise over the lemon ricotta cake. He did well with the fat chips so we figured he had earned our trust. Marc wasn't blown away by this dessert. I, on the other hand, really liked it. It was a simple cake but had a beautifully soft, delicate and moist texture. I had read online in another review that the cake wasn't lemony enough. I found it to be adequately lemony. Sure it's not a show-stopping restaurant dessert like a souffle or oozy fondant (I think that's what Marc meant) but it was very tasty. We liked the milk gelato too.

Overall our experience at Bistro One Eleven was fairly positive. I had read in reviews that there were some teething issues but if ever there were any, I feel they must have been smoothed out. We didn't have any service issues and our waiter was friendly and entertaining. I wouldn't recommend the minute steak but as a whole, the food was of good standards. All our hot food was served piping hot to our table, which is something I really take note of after a terrible experience of getting cooled down plates at a restaurant.