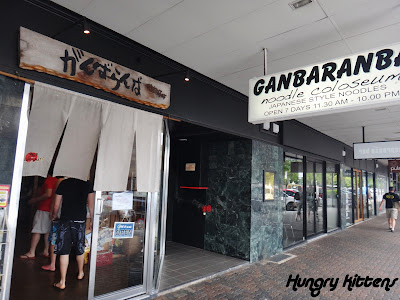 On our second day in Cairns, Howl gave me a list of lunch options. I was in the mood for Korean but his favorite Korean restaurant wasn't open so we went to my second choice of ramen. The reason I had ramen on my mind was because when Marc and I were exploring the city, we walked past a ramen store that looked amazing. Lo and behold, the ramen joint that Howl took us to was the very same place. He had even eaten there the day before with Jaws (maybe as we were unbeknowingly walking past) so it was their second consecutive lunch at Ganbaranba. 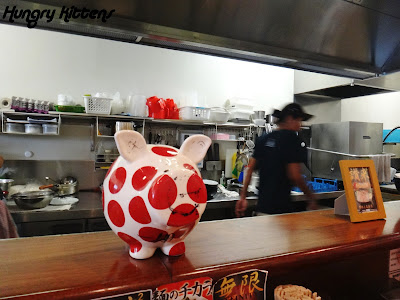 Ganbaranba is a small eatery that has a large open kitchen at the back. We sat perched there, watching as they made the noodles. There are more conventional tables + chairs too. The eatery is cluttered but in an endearing, not messy way and the staff appeared to be genuinely Japanese. 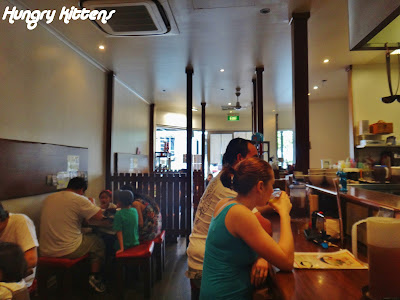 Howl walked us through the menu. Like ramen places I'm familiar with in Brisbane (Ajisen and Hakataya to name a couple), there is a star dish with a couple of variations and other things thrown in for completeness sake. In Ganbaranba's case, the star was the tonkotsu ikemen ramen aka pork broth with crushed garlic, seasoned egg and BBQ pork. Howl said he had tried other dishes here and there and found them to be OK but keeps going back to the ikemen. 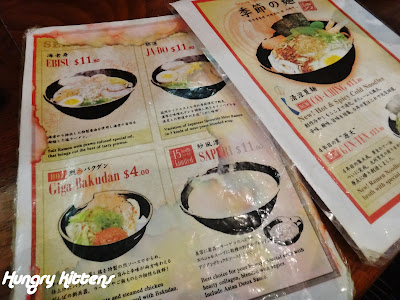 Since Marc and I were only in Cairns for three days, we didn't want to take any chances. This will be a short post because all 4 of us ordered the exact same thing: the tonkotsu ikemen in a set meal, with a plate of 5 mini gyoza each. For Howl and Jaws, this was exactly what they ate the previous day too. Why stray from a winning formula?

Marc and I were momentarily stumped when we saw that the noodles came with 3 options of hard, medium or soft. Howl said he normally went with 'medium'. We admitted that was what we were going to try too. It seemed like the safest bet. 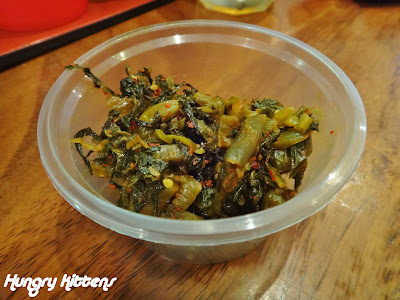 While we were waiting for food, Howl wandered over to the condiment rack and brought us back some picked vegetables. There were other sauces and extra cutlery available too.

The tonkotsu ikemen wasn't as large as I expected but by the time I finished, I was full. For those who need a bit extra, you can get noodle top-ups for a small fee. 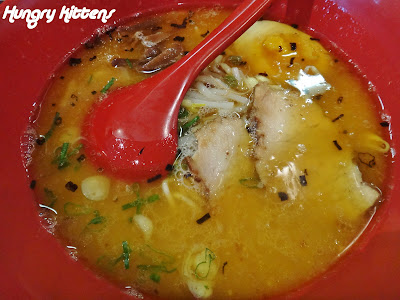 I hadn't eaten Japanese ramen in ages and welcomed the pork broth flavors with much joy (displayed via loud slurpy gulps). It was immensely garlicky and I've mentioned on this blog before that I detest garlic but ramen is one exception to the rule. I still hate the garlic aspect but I admit it would taste odd without it and even with the garlic, I find the broth irresistable. It's like I hate it but I can't stop eating it. 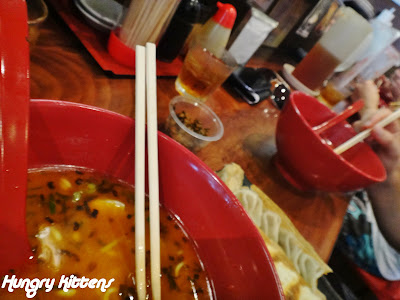 The 'medium' noodles were in my opinion more on the al dente side but it didn't really bother me. They weren't the most outstanding ramen noodles I've tried but they served well to flesh out the broth and add body to the meal.

On its own, the ramen was good. With the addition of the pickled vegetables (nice suggestion, Howl) and chili oil, it was amazing. I had a bit of a cold and my nose was running all over the shop but I didn't care. Spicy soup down a sore throat is just the best, most effective feel good remedy. 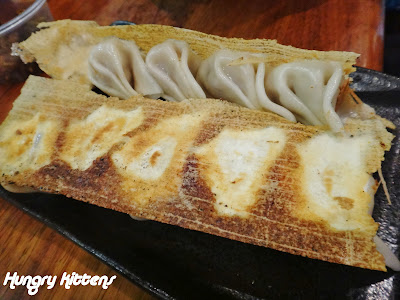 As we were ordering, I'd suggested to Marc that one of us should order the set with gyoza and the other just order ramen so that we could share the gyoza. He death-stared me and replied with forced restraint "what if they're really small?" which is polite boyfriend code for "I want my own plate of gyoza, woman". Turns out it was a good idea because the gyoza were indeed tiny. They were cute but unshareable. 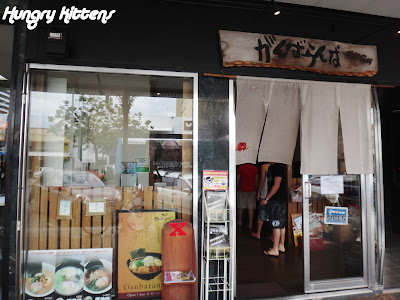 I think Ganbaranba is a great ramen eatery. The menu is simple. The staff is polite. The space is cosy. All you need to do is pop in, order away (I bet Howl would never even need the menu) and wait before scoffing on something familar and tasty.