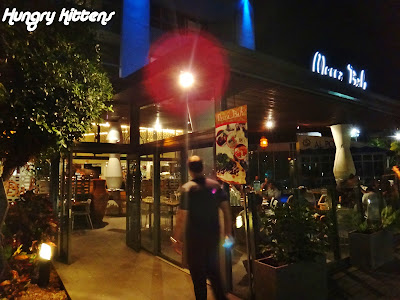 Mecca Bah brings me way back to the start of my blogging habbit. I remember it was one of the first restaurants I wrote a review about. I went to the one in Brisbane (in the Emporium, Fortitude Valley) and it wasn't my first visit but I loved that restaurant and was keen to do a post about it. I learnt many things about food photography that night, namely that I was bad at it. And that lighting was important. It's been 3 years since that day and my photography skills have not improved at all but I've probably gone through (i.e. 'destroyed') more cameras than I have fingers on one hand. 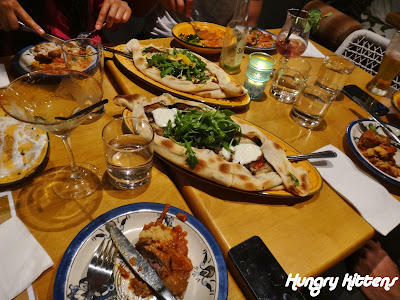 It was nice that I got to revisit one of the first restaurants I really developed a liking for in Brisbane, albeit in another city. Better yet, it wasn't even my idea. Marc's mate Shewy lives in Cairns and we planned to meet up over dinner with his girlfriend Dani. He chose the restaurant, demonstrating superb taste.


I just got my new iPhone 5 last week and was still trying to establish how it was better/different than the 4S. Marc is a Samsung Galaxy SIII owner and is firmly anti-Apple in his technological foundations. We ended up competing our respective smartphones in a race to see who could direct us to Mecca Bah the fastest. Ok, that's not entirely true. We didn't set out to have a race or anything. We were both just trying to find the restaurant, Marc via Google Maps and myself, via the new iPhone Map App. Who won? I have no idea because we both got so lost and ended up doing a huge loop. For starters, my App couldn't even find the street so I ended up resorting to Google Maps on the internet anyway. The moral of the story is that no matter how smart your smartphone is, it can't make up for an idiot owner. 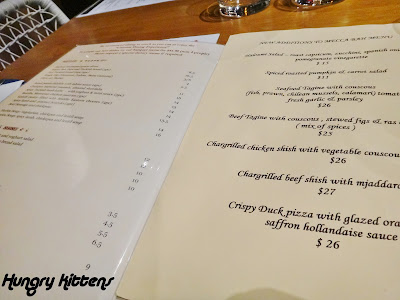 Finally we found Mecca Bah where Shewy and Dani were waiting patiently, probably starving to death thanks to our poor sense of direction. We got right into ordering some food and drinks. 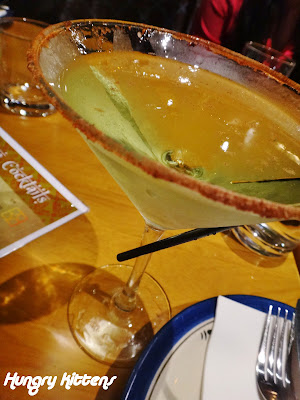 I tried a couple of cocktails that night, starting with the baked apple martini. It wasn't overbearingly sweet as the name might suggest. Marc didn't rate this drink but I didn't mind it. 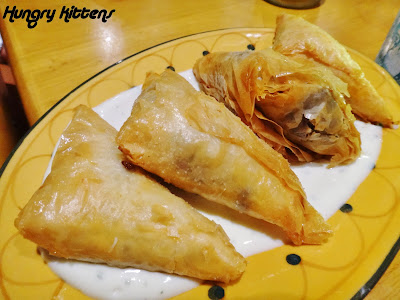 Shewy and Dani started with the boureks, which are lamb-filled crunchy pastry puffs. I've tried these at the Brisbane restaurant before and enjoyed them. These guys gave positive feedback too. Lamb in flaky pastry is a winning combination.

For mains, each couple ordered a tagine and Turkish pizza (pide) to share. When I'm given a Turkish/Greek/Lebanese menu, all I can see on it are the lamb dishes. I'm not always lamb obsessed but I love lamb in that style of cuisine. Marc and I agred on the lamb tagine and it took a lot of willpower to not also go for the lamb pide. 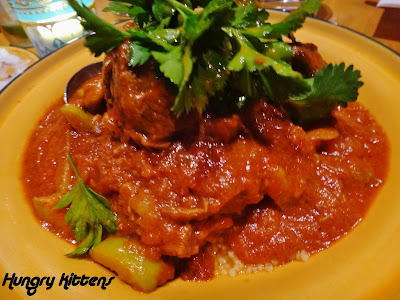 The lamb tagine was so good. It was incredibly tender and had a great flavor balance of mild spices with a touch of sweetness. There was some cous cous at the bottom of the tagine which was great for soaking up the juices. 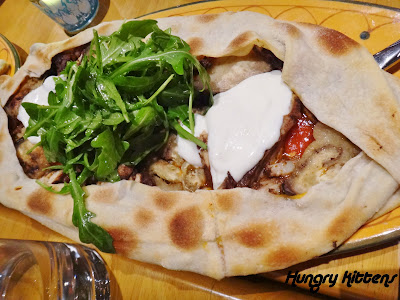 I was initially concerned that the chicken pide would be too conventional and boring. It wasn't what I expected. There was a significant amount of grilled eggplant in the topping and I love eggplant so that was a nice surprise. 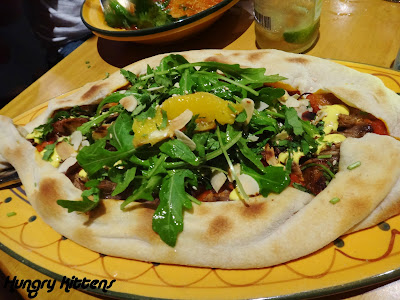 Shewy and Dani went with the duck pide (one of the current menu specials) and the chicken tagine. Both pides were served with a dollop of natural yoghurt and rocket, which was great for adding some freshness to the dish. 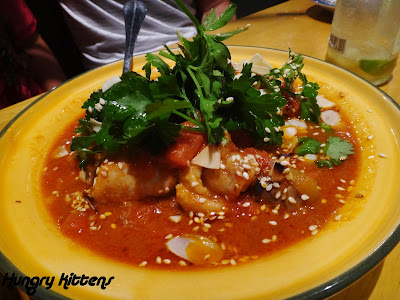 My favorite was the lamb tagine. Marc was surprised at how much I ate that night because I normally just pick at my food and give him the rest. Well-cooked lamb is just too irresistable. Mecca Bah wasn't too busy when we were there. The service was a shade slow but it's easy to ignore that when dining out with friends.