Cairns Day 1 - Lunch at Kani's on The Esplanade 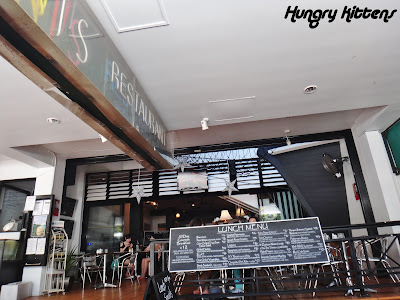 Queen's birthday long weekend = 3 nights in Cairns! We flew up Friday evening and came back on Monday. I had never been to Cairns before and didn't really know what to expect. My primary purpose was to visit my mate Howl and also chill/unwind in a different environment. We didn't preplan any really touristy activities and in hindsight it would have been nice to see the reef but I'm sure there will be plenty more opportunities for that in the future. 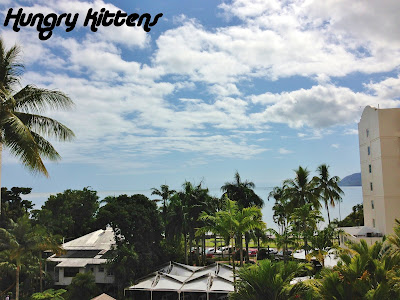 I didn't intend for this trip to have a gourmet focus so not once did I Google restaurants or make any advance bookings. Still, a girl's gotta eat. For most meals, Marc and I just wandered into any restaurant that looked good. Howl also showed us to a couple of his favorites.

Our first proper meal in Cairns was at lunchtime on Saturday. It takes me a while to get my bearings in a new city. The hotel we stayed in was at one end of The Esplanade, which I took to be Cairns' main dining strip, so we walked down to see what was available.


I think the reason we chose Kani's is that after a while, all the restaurants started looking the same. I really wanted the limited edition orange pound cake ice-cream from Baskin Robins and Kani's was right next door. There were tables indoors and out and we chose to sit outside. The weather was perfection. 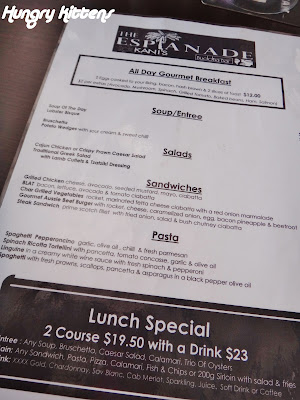 Kani's Restaurant offers lots of the standard cafe/bistro style menu items including seafood, sandwiches, pizza, pasta and steaks. We noticed a lunch special on the menu for 2 courses plus a beverage and we both decided to go along with that. 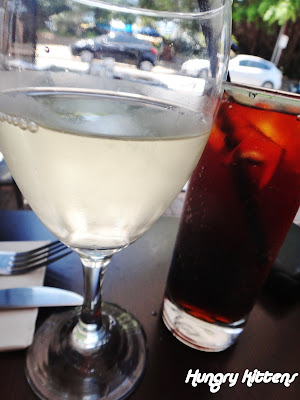 Coke and a glass of white

Our beverages came first. Marc went for coke whereas I embraced the holiday, seaside mood with a glass of chilled white wine. 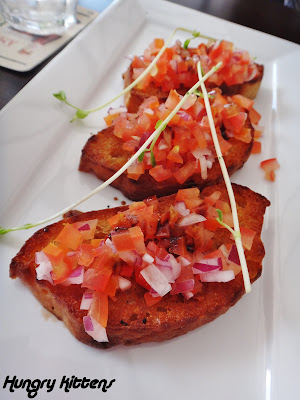 For entrees, Marc and I shared the bruschetta and calamari. The bruschetta was a simple affair with tomato salsa on toasted bread. The bread wasn't as crunchy as I would have liked but it was tasty enough. This dish succeeded in making Marc eat tomato, one of his most hated food items. He didn't seem to mind tomato in this form, disguised amongst red onion and balsamic vinegar. 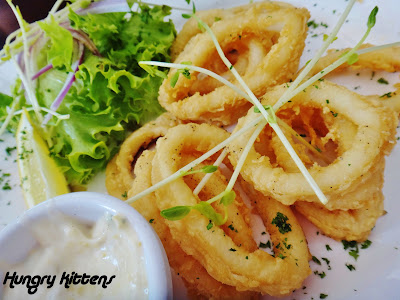 I tried a calamari ring and again, found it wasn't crunchy enough. It also didn't taste very fresh and had a slightly rubbery texture. They were served with mayonnaise and a simple side salad. 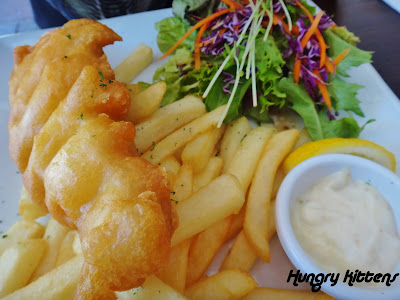 Marc chose the fish and chips for his main. I tasted a portion of the fish and thought the meat was a tad dry. Having said that, the batter was definitely crunchy and probably good enough to ignore the so so fish. The chips were too blonde though. 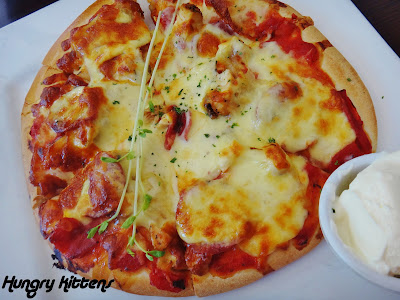 My main was the Kani's special pizza. I don't normally order pizza out unless it's at an Italian restaurant famed for pizza and there's garunteed to be a thin base. For some reason, I was really craving 'conventional' pizza on this day. The Kani's pizza was exactly what I wanted. It was saucy, extremely cheesy and the base was puffy too. 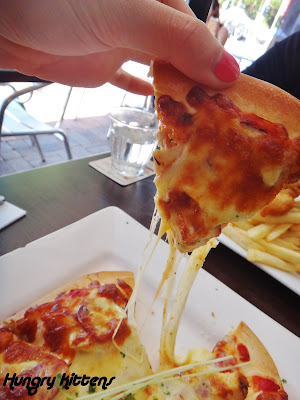 All my usual pizza misgivings went out the window and I welcomed this inauthentic junk pizza with open mouth. It even came with a pot of sour cream! So good. And before you ask, no, I wasn't hung over.

Ah... what can I say about Kani's. It's a restaurant in a touristy spot and you get what you expect. The food isn't terrible but it's unremarkable. I thought the lunch deal was pretty good but then again, every restaurant in the strip does lunch deals so you'd be silly to pay full menu price on anything. We had trouble attracting the waiter's attention for menus but once our meal got going, service was reasonable.