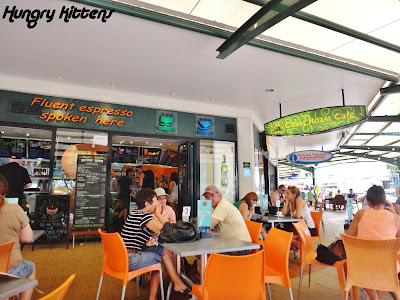 Day 3 in Cairns was also our final day before jumping back on a plane to Brisbane (and for me, driving another 2hrs home to Toowoomba). How sad it is that all good things must come to an end. Marc and I checked out of our hotel, dropped our bags at the concierge and wandered back down The Esplanade. It was reminiscent of our Day 1 explorations and we took the same route but stopped a bit further, this time at Coast Roast Coffee. After our stupendous amount of eating on Day 2, neither of us were in the mood for anything too heavy. Cafe food was agreed upon and this was where we ended up. 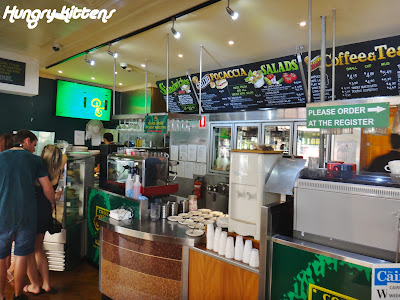 Coast Roast is located on the corner of a T intersection. It has a spacious outdoor dining area, which is where we parked our behinds for lunch that day. Sticking to the theme of 'nothing too heavy', we both went for a toasted focaccia and a cup of coffee. Coast Roast offers a variety of other cafe classics such as salads, sandwiches and burgers. 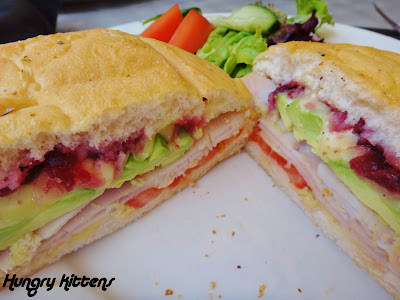 My focaccia was called The Siciciliano (try saying that out loud 3 times fast) and contained roast turkey, tomato, mozarella cheese, avocado and cranberry sauce. The focaccia was more like a bun and it wasn't toasted enough. Other than that, it didn't taste too bad. There was a simple side salad of fresh tomato, lettuce and onion. I layered some of that into my focaccia to create a super sandwich (inspired by Marc, who thought of it first) and it worked rather well. 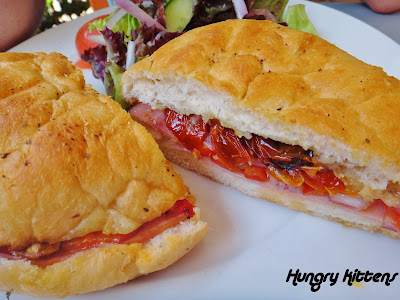 Marc's focaccia was called The Cozensa and was filled with ham, sundried tomato, swiss cheese, roast capsicum and spanish onion. Aside from the obvious difference in filling, his focaccia was similar to mine. 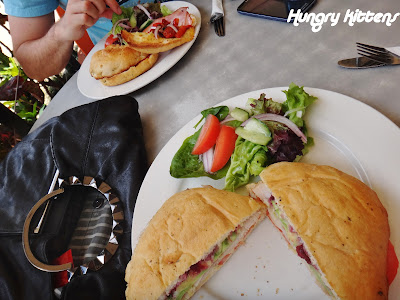 We were discussing coffee while we were waiting for food. Marc made a weird comment about how he didn't enjoy drinking coffee at a cafe as much as having it in a takeaway cup because takeaway cups were bigger????? I didn't know what the F he was going on about and mentioned that coffee comes in different sizes, always for takeaway and sometimes even when having it in the cafe (cup vs mug). 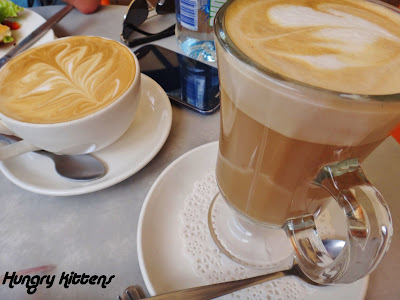 All that aside (to this day, I still don't know what his point was), the coffee we had 'in' at Coast Roast could not be described as small by any means. It'd be difficult to tell from my photo because both the cup and glass are huge so next to each other, they look normal, but trust me, they were upsized serving vessels for sure. 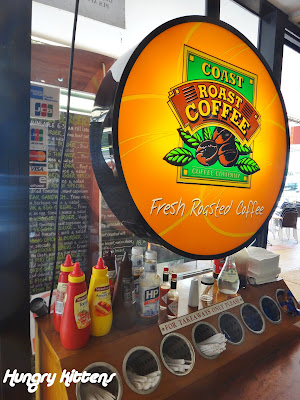 There's not too much to say about Coast Roast. It's a decent sandwich stop as long as you're not expecting anything too fancy. The service is reasonably fast and the meals are fresh and inexpensive. What's more, the coffees are huge!