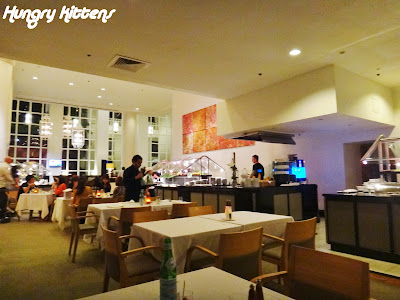 Day 2 in Cairns should be nicknamed as The Day of Over-eating. We had a sizable meal at Ganbaranba and more food/drinks at Lure. By the time we arrived back in Cairns from Port Douglas, we were getting ready to head out for more food; this time, a buffet dinner. 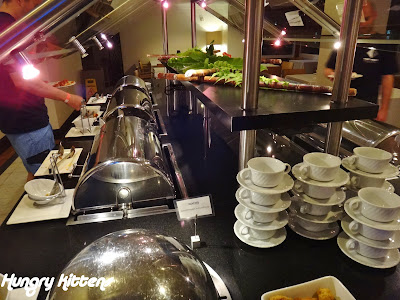 There's something about travelling that makes my metabolism speed up because despite the prior ingestive efforts, I was starving when we got to the restaurant. It was a unanimous group decision to mark our last dinner in Cairns with a big celebratory feast. I hadn't been to a buffet restaurant in so long that the novelty of self-serve and all-you-can-eat flooded back. I was child-like in my excitement! 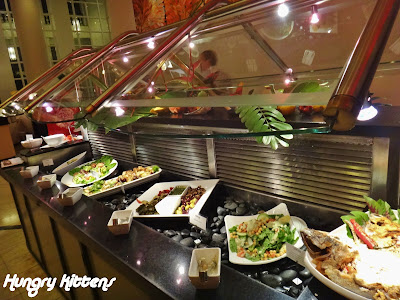 Coco's Restaurant is located at The Sebel hotel, on the ground floor. It was quiet when we went in, which was nice after a long day on the move. Our group literally sat down and sprang back up with a "well, what are we waiting for?" shrug at each other. Off we sped to grab plates and top them. 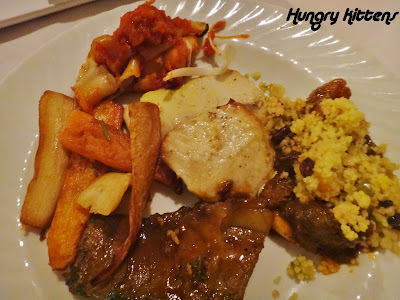 There are 3 main food islands at Coco's. From their website, I've discovered that the theme of the buffet was "Flavors of the world". The hot food island reflected this the best. 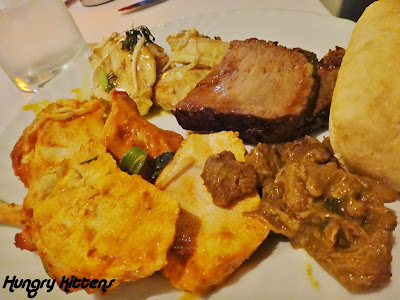 There were tagines, roasts, curries and pastas. I grabbed a bit of everything. I really liked the roast beef and veggies but the tagine was also good. 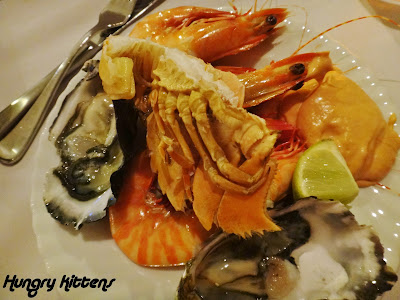 Our table almost annihilated the seafood island. I don't get seafood that often and it's something I've only started enjoying in more recent years. I used to detest it but now (as I discovered at Coco's), I can down multiple platefuls of the stuff. How could I have ever not liked this? I enjoyed the prawns and bugs the most but the oysters were good too. The moreton bay bugs were a crowd favorite at my table. The boys discussed the reason why and the conclusion was that it offers the best, maximum enjoyment to work ratio because it's easy to extract the flesh and tastes good (contrasting with the spanner crab, which is just a rediculous amount of effort, or the prawns that are time-consuming to peel). 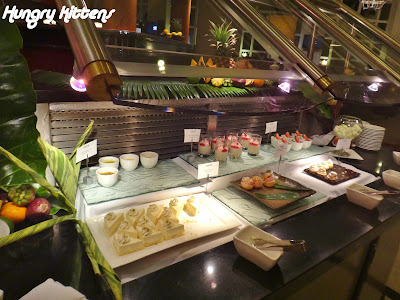 The final island was one I went back to so many times that I started getting paranoid about a nearby table of customers gossiping about me eating too much. Hey, what can I say... it was dessert!! Not only that, it was really awesome dessert. Howl had marketed Coco's to us as a great seafood buffet but mentioned that his favorite part was their selection of desserts. 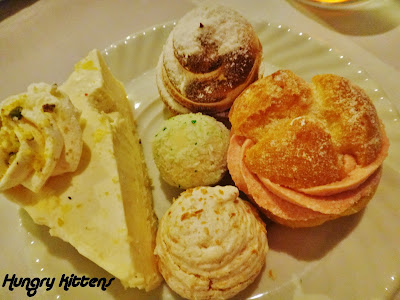 I loaded up on (nearly) a sample of everything and went back to do repeats on ones that I enjoyed the most the first time. My favorite dessert was hands down the brioche bread and butter pudding with custard. It somehow managed to be a distinctly bread-based pudding but with a silky smooth texture. Both Marc and Howl went back for second serves. 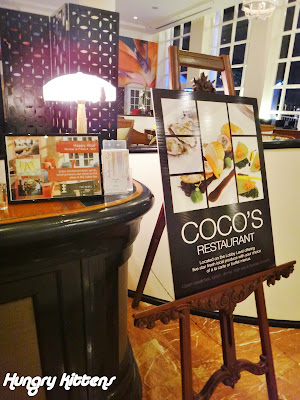 The seafood buffet at Coco's Restaurant ended up being one of the highlights of our entire trip. Because we don't often dine at buffet restaurants, it was really awesome for Marc and I to really get into the holiday spirit and let loose on the delicious seafood, hot food and desserts. Another great idea thanks to Howl :).