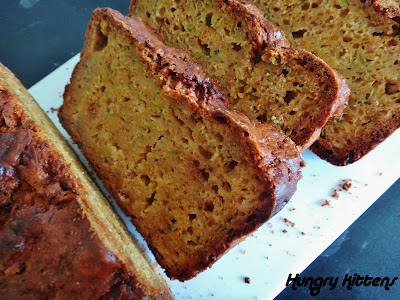 It'll be apparent now that I have an uncanny obsession for sweet potato and zucchini. They seam to feature a lot in my recipes. I have justified the sweet potato thing with an accidental over-purchase. I'm not going to present any justifications for zucchini. I NEED zucchini to survive. It's strange because I hated it as a child. I couldn't stand it. Now, it's one of my grocery staples. 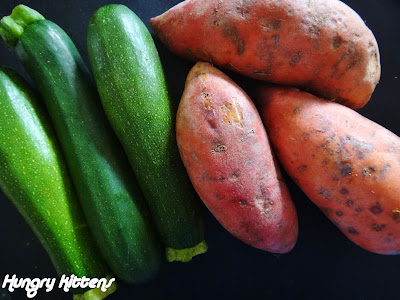 When I grocery shop, there are some things I buy every time. If I forget, for whatever reason, I'll need to make an extra trip. Or die, instantly and painfully. Zucchini is one of those things. The other items I need for survival are: avocados, unsweetened Greek yoghurt and goat's cheese. 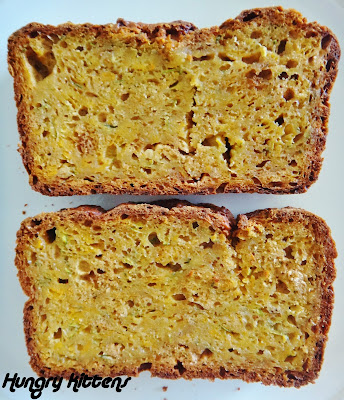 When I don't cook, that's basically all I eat. Avo and goats cheese on either toast or crackers. Stir-fried zucchini with goats cheese and/or pesto (plain or if I'm really hungry, I'll chuck in half an avo and a can of tuna). Yoghurt and fruit for dessert. Recently I'm discovering that freshly squeezed lemon juice works on all those above combinations so I'm grabbing bags of lemons too.

What are YOUR must-have grocery staples?

Back to the point... I was going through a frenzy of trying to find the PERFECT zucchini bread/cake recipe when I spotted one for sweet potato and zucchini bread. I filed away the 'pure' zucchini bread for later. I had sweet potoates that needed using NOW. Great. Perfect.

The recipe I followed is from Epicurious. I read through the reviews and made a couple of minor changes in an attempt to 'healthify' the loaf. Instead of 2 cups of plain white flour, I substituted one cup for wholemeal. Instead of 2 cups of sugar, I used 1/2 a cup of white sugar and 1/2 a cup of brown sugar. Instead of 3/4 cups of vegetable oil, I used 1/2 a cup of vegetable oil and 1/4 cup of Greek yoghurt. I also left the walnuts out. Be advised that my loaf didn't come out perfect. It took a long time to cook and even by the end of it, any inserted skewer came out moist. I just left it at that point. It still tastes delicious albeit with a slight pudding-like quaility. I don't think this problem lies with my modifications because according to the recipe reviews, plenty of people modified the recipe in similar (or even more drastic ways) and didn't have this problem. I suspect my zucchinis were too watery. Anyway feel free to study the original recipe or follow my version below.

1. Preheat the oven to 175 degrees Celsius. Grease and line a loaf pan.
2.Sift the flours, cinnamon, baking soda, bakign powder and salt into a bowl. 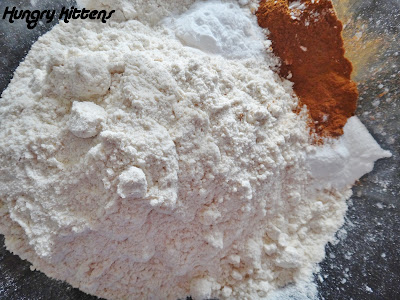 3. Beat sugars, oil, yoghurt, eggs and vanilla in a separate, large bowl to blend.
4. Mix the zucchini and sweet potato in with the egg mixture. 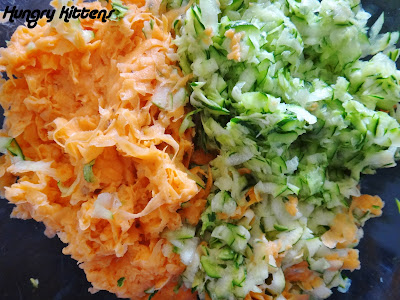 5. Stir the dry ingredients into the wet mixture until evenly incorporated. 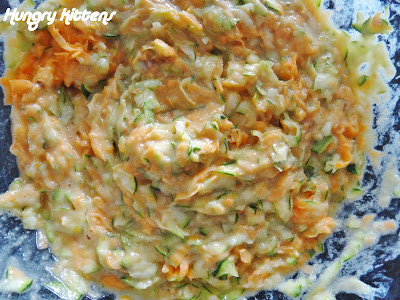 6. Transfer the batter into the prepared pan. 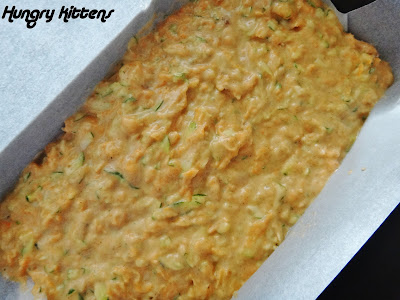 7. Bake for around 1hr 20 minutes or until an inserted skewer comes out clean. If the outside starts to brown too much, wrap the top with foil.
8. Cool the loaf in the tin for 15 minutes before turning it out to cool completely. 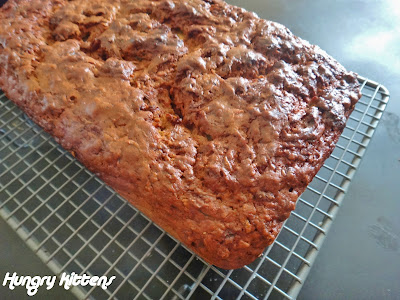 The recipe was easy to follow but boy was I sick of grating by the end of it. As I mentioned above, mine took much longer than 1 hour and 20 minutes and by the end of it, it still wasn't completely 'set' in the centre. 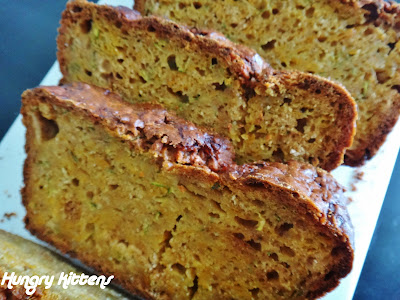 I was initially disappointed during the baking process and feeling frustrated that it wasn't going to plan. The end result was nicer than I expected. 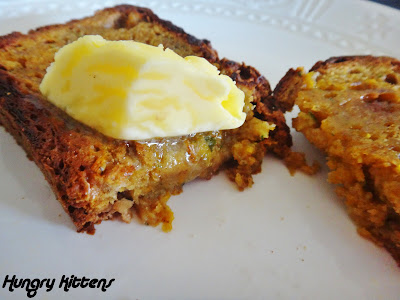 The loaf is definitely moist but not gluggy and I've been having it for breakfast. I have it pictured with butter but I think it's better combined with Greek yoghurt or ricotta and honey.
Labels: Baking, Cakes and Sweet Slices, Decadent Snacks, Home Cooking, Something Sweet