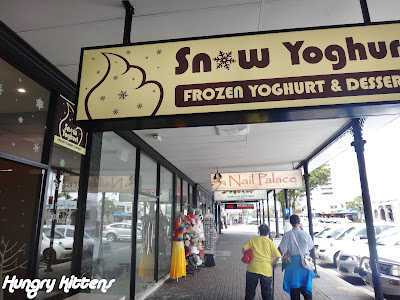 I'm ending my Cairns posts on a sweet note. Marc and I were killing time on our last day, strolling around the waterfront, perving on private boats and picking up sunburns unsuspectingly. At some point I decided I needed to have some frozen yoghurt. We'd walked past Snow Yoghurt a few times during our stay so I knew there was a frozen yoghurt vendor around... it was just a matter of locating where. 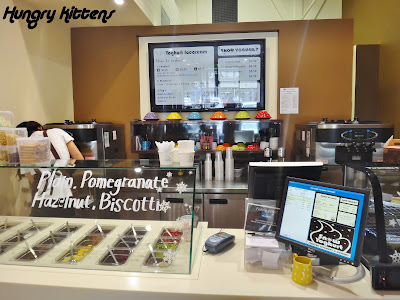 We found it purely by chance. Marc needed to get some cash out so he crossed the road to an ATM. I turned around and spotted Snow Yoghurt. Wonderful!


These kinds of frozen yoghurt places brings me back to my uni days. It's somehow fitting because many of my froyo memories are connected to Howl, who is the friend we were visiting in Cairns. I recall many Summer lunch breaks where Howl and I would go to Albert St and pick up a big bowl of Yogen Fruz topped with fresh fruit. Yummo. I don't know what happened to all those yoghurt joints... there was an influx of many stores around Brisbane, then suddenly they were gone. 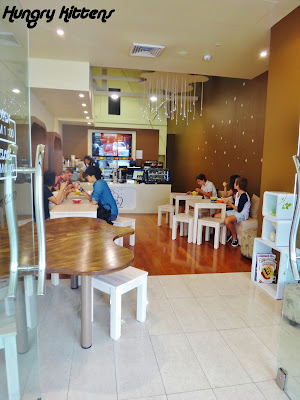 It was nice to be able to revive some of that past glee with Snow Yoghurt. The concept behind these stores is essentially all the same. At Snow Yoghurt, there are a few different base flavors of frozen yoghurt to choose from. You can select a couple depending on what size you get. Then, it's a matter of choosing what toppings to add on. There is generally a selection of fruit, confectionary and cereal. I like plain froyo the best and I find that works well with fruit. 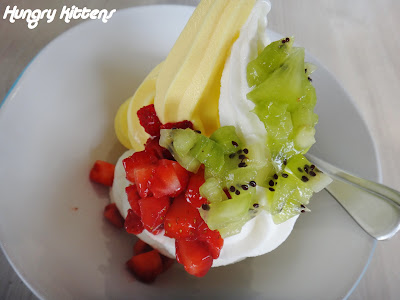 For variety's sake, I went with 2 flavors: plain and biscotti. I originally wanted green tea because it sounded refreshing but they didn't have green tea that day.

The biscotti flavor was very creamy and less tangy than regular froyo. Marc liked it better than plain because he said it tasted more like regular ice-cream. I liked the plain better so we mostly stuck to our own sides. I chose kiwi and strawberry as topping, which I think goes really well. From experience, watermelon works too.

Snow Yoghurt is a small little dessert shop with a few cute booth seats. These were all taken up by kids so we were forced out onto the street. I liked their frozen yoghurt and think it's a great, refreshing option for summer. Whereas ice-cream can sometimes taste too rich and you end up really thirsty, there's seems to be less of that with frozen yoghurt.
Labels: Cairns, Dessert Out, Fast Food