Kettle & Tin for a Reunion Lunch 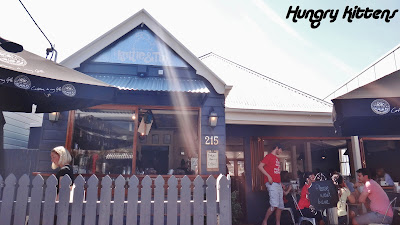 I had a genuine 'aww' moment of nostalgia recently when my old high school friend Thanh posted a photo on my Facebook wall. It was a picture of a cartoon I drew in school of the two of us, and a note declaring we would always stay in touch. Thanh and I hadn't seen each other for at least a year so I was definitely going slack on my word but we soon made plans to catch up on the weekend. 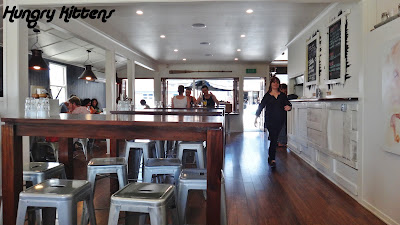 I chose Kettle and Tin because of its great online reviews. Kat (who also went to the same high school) got there first because she's good with directions. I had semi-Googled the location the night before but didn't go into memorizing the way because at the time, I thought "that's so easy" and closed the browser window. It apparently wasn't that easy or I was just not up for the task because I got completely lost, nearly ended up at the Sunshine Coast and at some point, had to pull over and whip out my GPS. 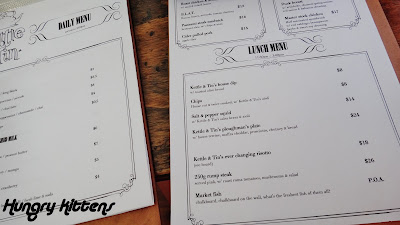 When I finally got to Given Terrace, I turned the wrong way AGAIN (this time, as a pedestrian) and ended up walking a couple of blocks before identifying enough street numbers to acknowledge I was getting further and further away from where I was supposed to be. I turned back and found Kettle and Tin pretty much where I started. 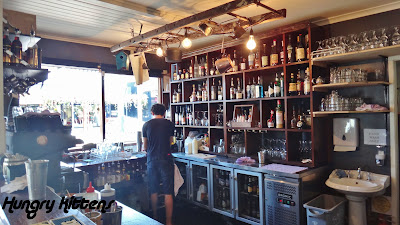 The cafe is set in a little old building that has been renovated with a cool summer cottage vibe. There is a front, outdoor dining area and inside, long tables with stools, regular tables with chairs and a bar near the front. I found the decor clean and comforting (wooden floors, tables and cabinets) and the space was bright and open. I can't stress the importance of natural lighting and use of space in a cafe. It just makes the whole place feel more upbeat and calming. 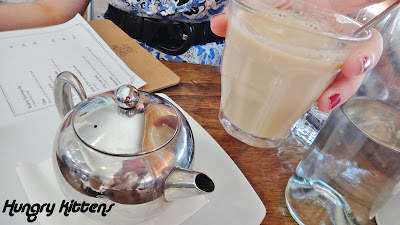 I was absolutely starving that day so I had to order some food and coffee to get by while we were waiting on Thanh. Kat was chillin' with a small pot of caramel chai latte. I had a sip because she made it sound so wonderful and it was indeed very good. It was mild and creamy and the sweetness of the caramel gently balanced the subtle spiciness of the tea. 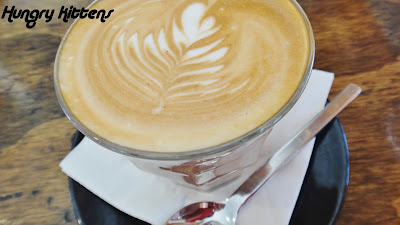 My latte was invigorating. I lapped it up and felt everything clear up around me. Ah, coffee: my anchor to this world. It was a pretty good cuppa. 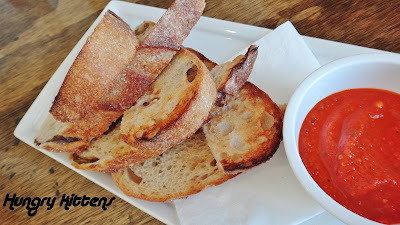 I think our bread arrived after Thanh got there. At first, we were brought a bowl of chips because the waitress accidentally pressed house chips instead of house dip. I inwardly giggled to myself that it was so obvious I was eating out with a group of girls rather than boys because no male would turn away a bowl of chips. None of us wanted any so poor Kettle and Tin were forced to go back and get our bread and dip instead. 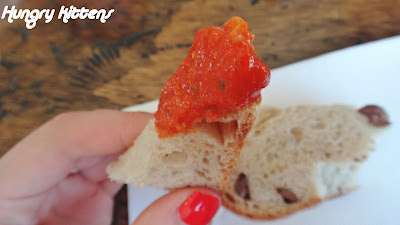 The bread was lightly toasted olive bread with a capsicum and feta dip. The dip was fresh and tasty. I would have preferred the bread to be more toasted to increase the crunch factor. As it was, they were more on the chewy side, which isn't great for dipping. 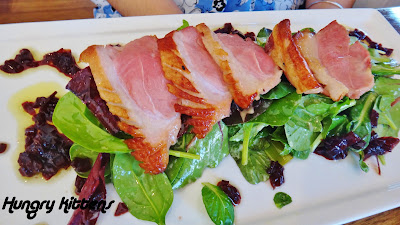 For mains, Kat ordered the duck salad. It looked amazing, glistening on the plate. I noticed the salad leaves were all extremely fresh and perky and the duck meat itself was cooked just pink. 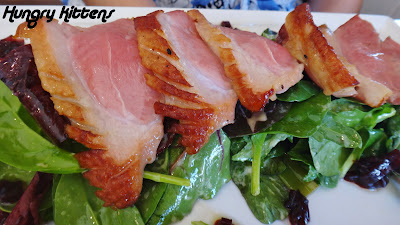 Kat gave us each a sample of the duck meat to try. I thought it was quite tender but Thanh struggled with the chewiness of her piece. I think it's because she didn't pull off the bit of fat. The fat hadn't been rendered out in the cooking process so it was resilient and the skin uncrisp. It's a shame because the meat itself was juicy. 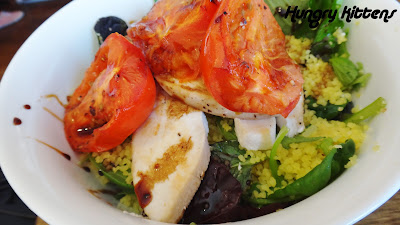 Chicken and cous cous salad - with tomato and feta

Thanh's main was the cous cous salad. She commented that the flavors were really good and she enjoyed getting bursts of sweetness from the tomato and saltiness from the feta. The fact that disappointed her was that it was a hot salad when she had been expecting cold. I believe her exact words were "I just didn't need any extra heat adding to the already hot temperature of the day". It was a hot day and we had both been walking around outside, lost and frustrated so that probably contributed. 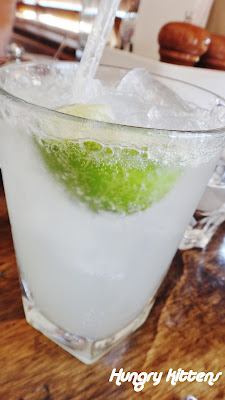 I was so hot that I had to order another beverage to cool down after the coffee. I skimmed through the list, unable to find something that was cold but also not too sweet. The waitress suggested the soda water and lime. It arrived as exactly what I wanted. Good suggestion K and T! The drink was basically plain soda water with fresh lime and tonnes of ice. I can't imagine anything more refreshing. I don't know if they did anything extra to it but it definitely tasted better than when I have plain soda water at home (although I normally add gin to mine so that might be the point of difference). 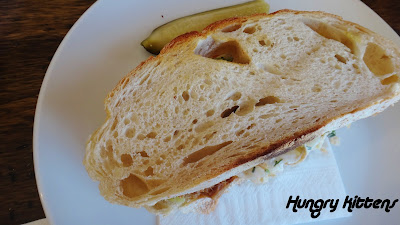 My lunch choice was the pulled pork sandwich. The meat had a sweet and sour flavor from the cider and was really soft and melty. The coleslaw gave it a nice creamy element. 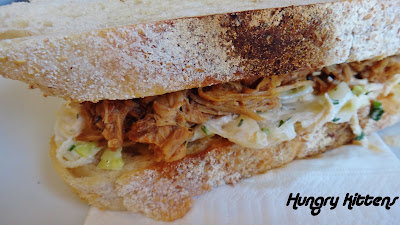 I thought this was a lovely light, summer lunch option because it had robust elements (pork and creaminess) but wasn't at all cloying. In other words, it was very easy to eat and I didn't feel guilty or weighed down by the end of the meal. 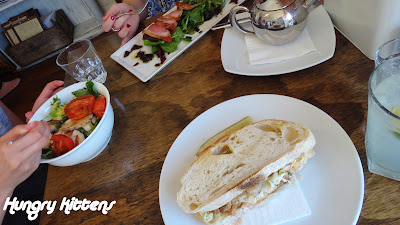 The standout at Kettle and Tin was the service. Kat and I both thought the waitstaff were so polite and friendly. After our experience at Pompidou, we became very appreciative of good service and here, we got it. The beverages were great and the food on a whole was fresh and tasty. There were a few minor letdowns here and there but nothing to put me off going back and trying more.