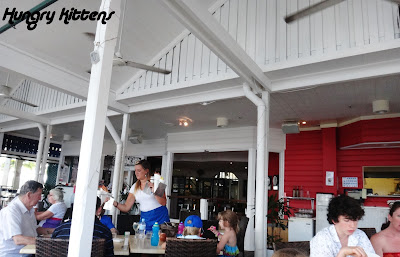 After our ramen meal at Ganbaranba, I was at a loss over how we were going to spend the rest of the day. We'd pretty much explored all of Cairns city and contrary to my expectations, there wasn't a big beach to hang out at. I was prepared to go back to the hotel and nap when Howl suggested a drive up to Port Douglas. 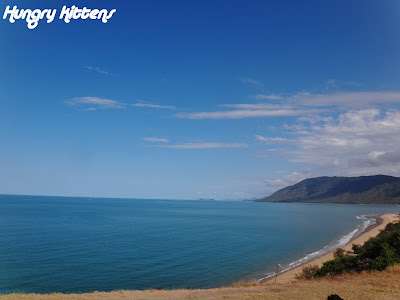 We ended up loading into his vehicle and going up a mountain range (name unknown), visiting a waterfall, cruising along the beach (loved that bit) and ending up in the city of Port Douglas just in time for afternoon refreshments. Ramen in our bellies and a smooth windy road had made us all fairly tired so we were in dire need of caffeine. Howl was happy to guide us to his favorite cafe. 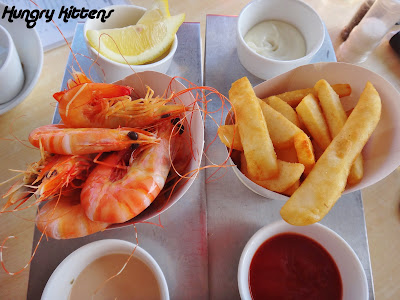 Lure is located in the Marina Mirage, Port Douglas. It comprises of a big, enclosed deck and a bar. We took up a table facing the boats and settled in for some coffee and nibblies. There were plans to go to a seafood buffet later that night so Howl had warned us "don't eat anything now" but he seemed to forget his own advice and strongly suggested we try the cones of fresh prawns at Lure. Jaws got us a cone of chips as well. 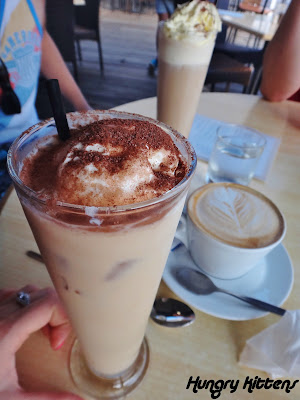 Marc was the lone wolf sipping hot coffee. He had himself a flat white. Myself, Jaws and Howl went for the iced coffee instead. I asked for no whipped cream so mine looks a bit different but it was still delicious. I liked that they used real coffee with no sugary syrup but did include a blob of vanilla ice-cream. That's my favorite iced coffee combination. 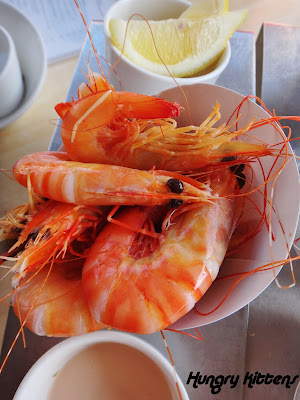 The prawns were, as Howl promised, extremely fresh, fat, sweet and juicy. They came with a tartare sauce, which is all you need really. Someone to peel the prawns for me would be handy but I like prawns so much, I'm more than happy to put in the hard yards. 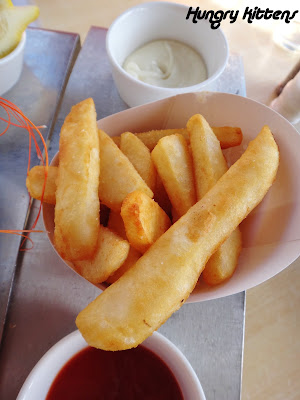 The chips came with some mayonnaise and tomato sauce. They were cooked well and crunchy. 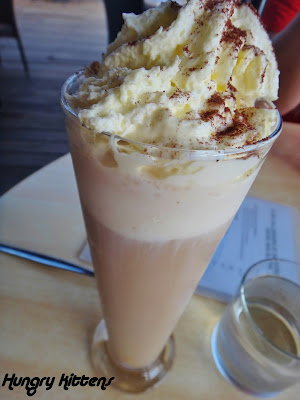 We relaxed at Lure for a bit before hopping back in the car for the drive back to Cairns city. It was the Sunday of the Chinese Mid-Autumn festival (Zhong Qiu Jie) aka the Moon Festival. On the road, the sun set and it was impossible to ignore the full moon. It was huge, red-tinged and hanging just over the ocean to our left. The memory is surreal.