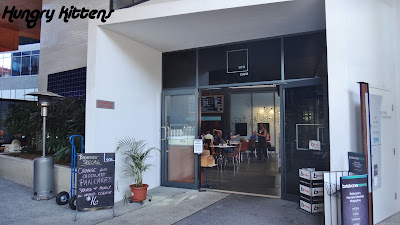 I've mentioned my early morning roaming habits on this blog many times before. I wake up 7am at the latest on Saturday and Sunday and need to get up and do something right away. It's mighty annoying when I've had a late one the night before (which is usually the case) and can't find someone else who's awake at that hour (also a frequent occurance). 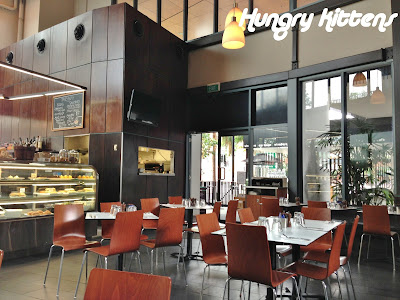 It's convenient staying in West End because I have South Bank, the CBD and potentially even Paddington at walking distance. Then there is West End itself. All up, there are enough cafes to keep my mornings occupied for years to come. It's just that... sometimes, I don't feel like wandering too far.


Enter: Era Cafe. I've known about Era Bistro for a while but still haven't had the chance to eat there. I was on my way to South Bank one morning, tired as anything, when I spotted Era Cafe out of the corner of my eye. Hallelujah! I'd found somewhere I could stop for coffee and breakfast that was literally just down the road. 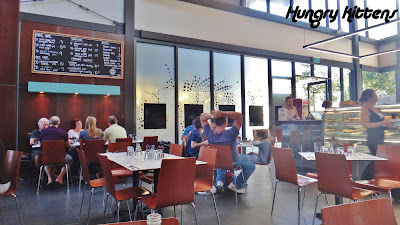 This post covers 2 visits to Era Cafe, during which I've sampled enough food to compile a decent review.

As expected, I tend to go really early in the morning so it's fairly quiet when I'm there. And that's nice. Peaceful, even. 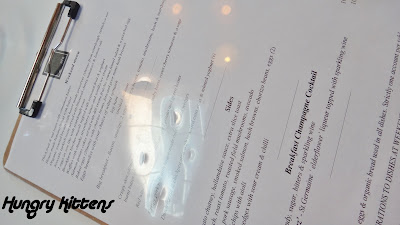 There are outdoor tables, indoor tables and a sunlit area near the counter that's perfect for street watching or reading the paper. 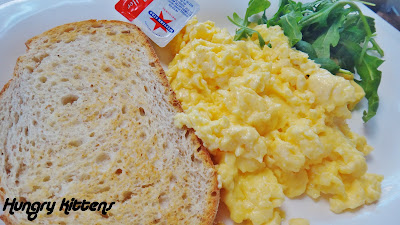 On my first vist, I picked up a latte and eggs on toast. I normally have poached eggs out but went with scrambled because that's what I was in the mood for. 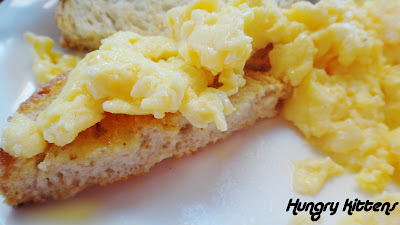 The eggs were cooked really well - tender and buttery. I might even use the term 'nourishing' because they felt like a hug to my stomach. I liked the toastiness of the toast (lightly golden and crunchy). There was a little serve of Western Star butter and some rocket on the side. 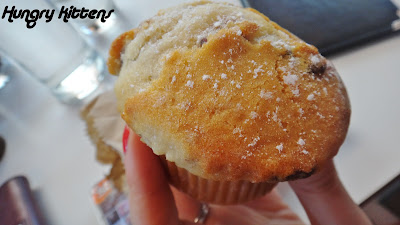 I also grabbed a chocolate nut muffin takeaway.  It looks smallish in the photo but it was a fairly large muffin. I ended up giving it to Marc and he said it was nice warmed up in the microwave. 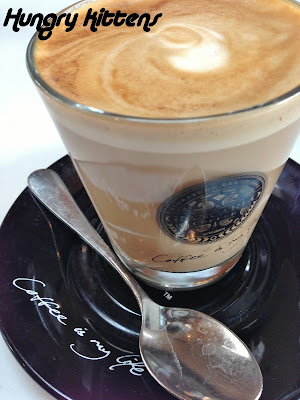 Latte (with a truthful motto on the plate and cup)

My second visit occured more recently, just over the weekend. I got another coffee and some truffled wild mushrooms and poached eggs on toast. The mushrooms were amazing. I identified enoki and stalks of king mushrooms but there was a fairly thorough range. I could definitely taste truffle, which perfectly complimented the earthiness of the mushrooms. 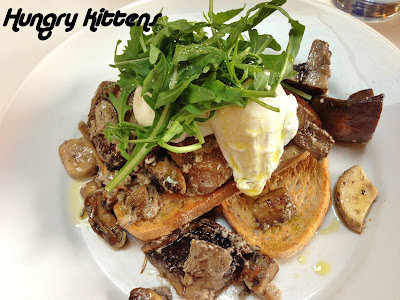 The poached eggs were cooked just right and oozed delicious yolk. I had thought the rocket was only garnish but tried a bit with the mushroom and egg and it was a match made in heaven. The only thing that got me was the toast. It was a sourdough, which is normally something I enjoy, but I thought the sourness interferred with the taste of the mushroom.

Era Cafe is a fantastic breakfast spot. The staff are extremely courteous and the ambience is relaxed. I saw some people typing on their laptops nearby and could see why it was a pleasant place to work. The meal sizes are definitely filling and I really enjoyed everything I tasted.